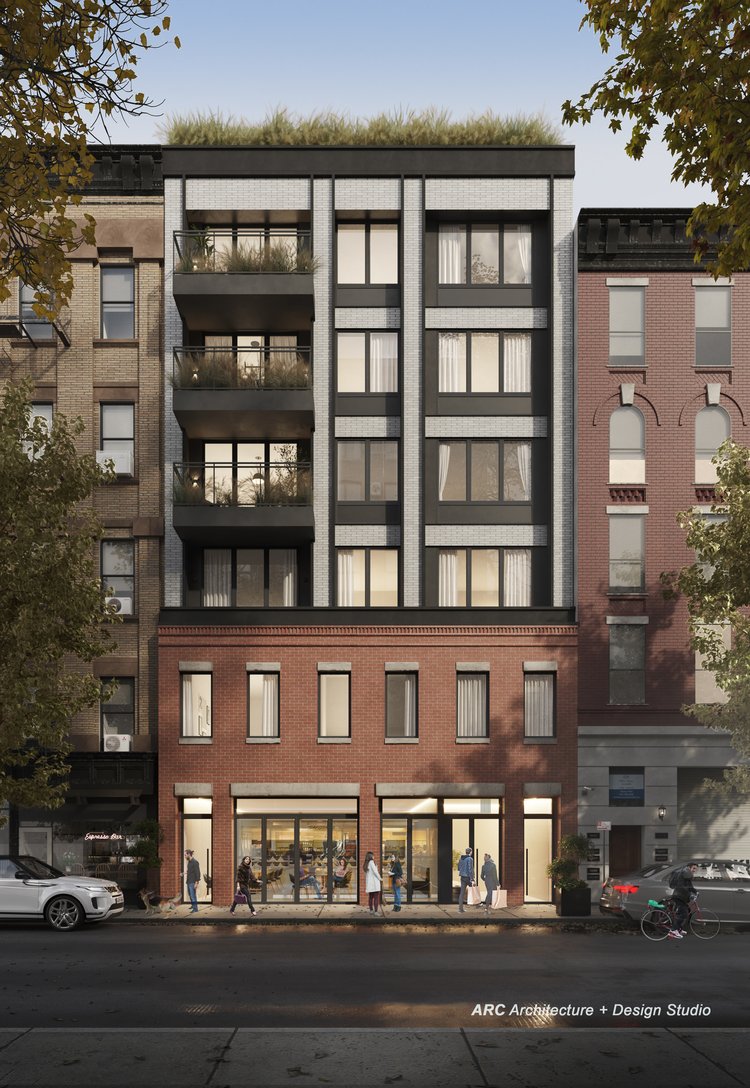 Renderings have been released for 418-420 East 75th Street, a six-story mixed-use building in the Lenox Hill section of Manhattan’s Upper East Side. Designed by ARC Architecture + Design Studio and developed by Robert Michaeli of Brooklyn B Company Group, the project involves the expansion of a two-story building into a condominium and retail property. The plot is located between First and York Avenues.

The existing carriage-style building was constructed around 1910. Brooklyn B Company Group purchased the structure in April 2022 from AK Properties Group for $5.8 million.

When complete, the expanded building will contain up to ten units. The first two stories will retain the red brick masonry façade, above which the new volume will be clad in gray brick surrounding large windows with black frames and mullions. A stack of black-paneled balconies is positioned on the eastern end of the new construction. The lower levels will have their existing wooden doors replaced with floor-to-ceiling glass for the retail frontage.