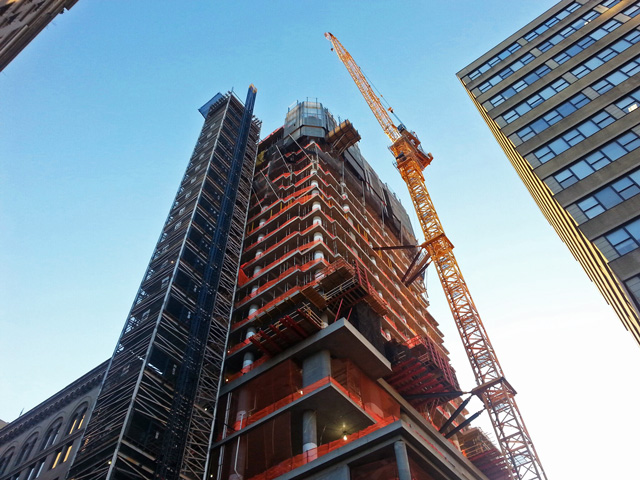 Several blocks to the north of 30 Park Place, Downtown’s other colossal residential building is also making headway; 56 Leonard’s vertical profile is verging on impressive, as the skyscraper continues its upwards charge into the Tribeca skyline. The site’s developers are Hines and Alexico, and the architect is Herzog & de Meuron. Looking up from the corner of Church and Leonard Crane sections were delivered over the weekend, and external forms for the skyscraper were also jumped this week; the below photos come from a reader at New York Law School, which offers a fantastic vantage point over the site.