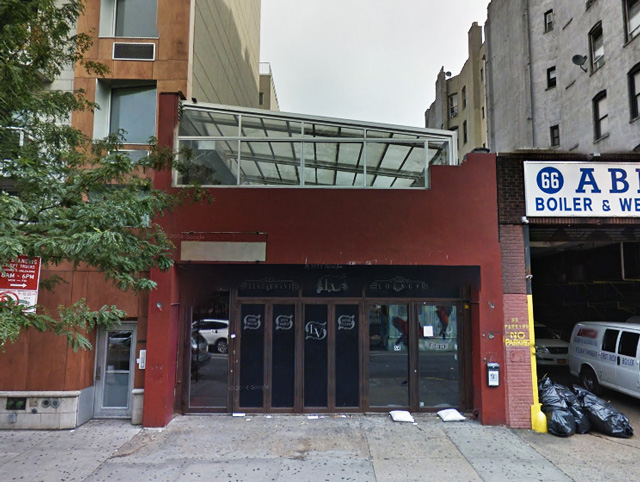 Permits have been filed for a new development at 64 East 1st Street, in the East Village; the site is located between 1st and 2nd Avenue. Eric Moran of Ekstein Development is behind the filings, having acquired the site for $5.4 million late last year, and the architect of record is GF55.

The DOB filings indicate that 64 East 1st Street will measure 13,500 square feet, and the entirety of the project will be residential, with six units in total. There will be two duplexes, one spanning the cellar and first floor, and another located on the sixth and penthouse levels; each of the other four residences will be full-floor.

Demolition permits for the existing building were filed in March; the old structure housed ‘La Vie’ nightclub. While work is evidently progressing, ‘civil penalties‘ are due under past violations from 2011, totaling $5,000.

64 East 1st Street is located in an established neighborhood, and while the project’s scope may be small, it will replace a structure that was relatively under-utilized. Condominiums would appear to be likely, given the size of units, which will average 2,250 square feet each — which is very large, especially for the East Village. No completion date has been announced, but with demolition permits approved, construction is likely imminent.