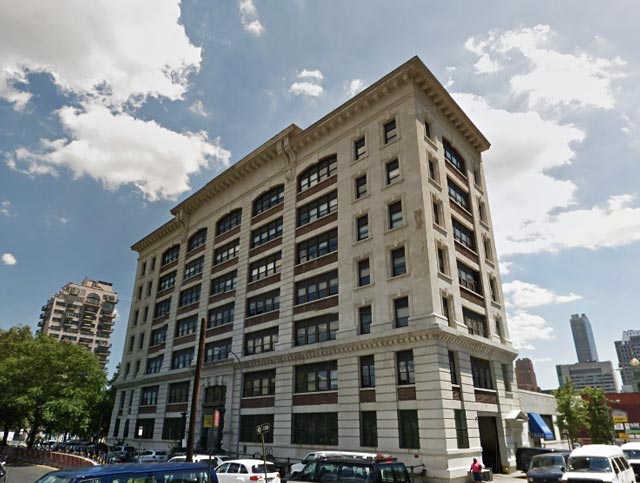 The former 199 Jay Street, now being demolished, via Google Maps

The first permits are up for a major mixed-use development in Downtown Brooklyn, located at the intersection of Nassau and Jay Streets. While the applications are filed under 120 Nassau Street, the site includes an office building at 199 Jay Street that is currently being demolished. Woods Bagot is the architect of record, and Thomas Aschmoneit of 203 Jay St. Assoc LLC is listed as the developer.

120 Nassau Street will total 290,420 square feet, and the project will be divided between residential, hotel, and ‘community facility’ components, split between two buildings. The hotel will rise eight floors and have 119 rooms, while the apartment tower will rise 32 stories, with 381 units; the Schedule A has additional floor-by-floor details.

Given the residential portion will stand 425 feet tall, 120 Nassau Street will make an impression on the greater skyline, as the lot is located close to the edge of Downtown Brooklyn. Woods Bagot has a forward-thinking and attractive slate of recent work, and the firm’s involvement would indicate an appealing end-product at 120 Nassau Street. The old 199 Jay Street was also attractive, though the loss of the 7-story structure should yield an improvement that makes better use of the land underneath. 120 Nassau Street will stand next to an entrance for the Manhattan Bridge, and given potential visibility, the site merits an iconic design, which Woods Bagot will hopefully deliver. An abundance of parking lots in the surrounding neighborhood beg additional development, and as the Brooklyn boom accelerates, rapid changes appear likely for the entire area in the near-future.

No completion date for 120 Nassau Street has been announced, but with demolition already underway at 199 Jay Street, construction would appear imminent.