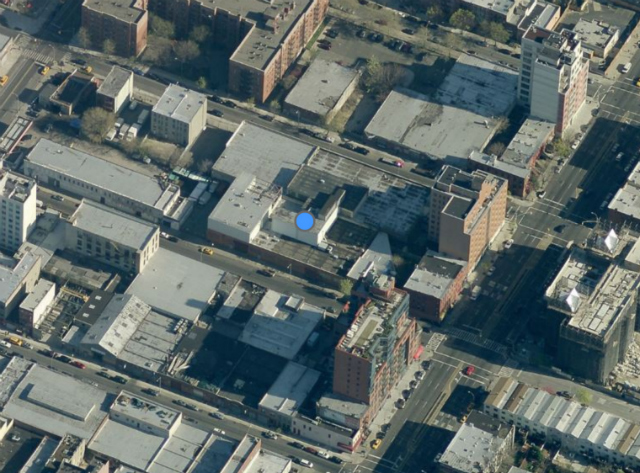 Brooklyn is brimming with demand for new hotel rooms, as the borough and especially the neighborhoods around downtown become more trendy and familiar to tourists. But while downtown Brooklyn is generously zoned for both commercial and residential development, the latter tends to bring in much higher rents (and, increasingly, condo prices), making it difficult for hotel developers to compete for land.

As a result of high demand for housing in the same outer borough neighborhoods were hotels are viable, hoteliers often decamp to nearby industrially zoned neighborhoods, where the “M” zoning allows both industrial and commercial space, but forbids housing, cutting out the most cutthroat competition.

Gowanus is the closest neighborhood to downtown Brooklyn that fits the bill, Chinatown-based developers Ken and Miriam Chan, operating under Covizion, LLC, are planning a 176-key hotel at 576 Baltic Street, also known as 337 Butler Street. (Chinese developers tend to dominate hotel development in the outer boroughs, whether it’s Brooklyn or the Bronx.)

In the northeastern corner of the industrial neighborhood, right on the border with Boerum Hill and Park Slope, the developers found a large through-block site between Third and Fourth Avenues, whose M1-2 zoning makes a hotel the only viable use of the land. Covizion picked up the land from the Chock full o’Nuts Corp. in 2001 for an unidentified sum.

The 13-story hotel planned for the site would rise 148 feet into the air, with JWC Architect Engineer, founded by Chris Cheng Gu, is listed as the architect on the permit application.

The 176 hotel rooms and its restaurants and bar will be spread over more than 90,000 square feet of commercial space. The project also includes a 38,000-square foot walk-in health center on the first through fourth floors, taking advantage of the community facility bonus. A large bi-level 163-car parking garage will be built below grade.

Permits Filed for 183A 13th Street in Gowanus, Brooklyn