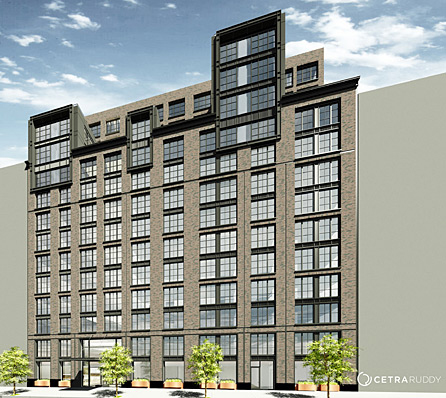 Last February, YIMBY posted the first renderings of a new through-block development site spanning from 546 West 44th Street to 535 West 43rd Street. The images came from the site’s remedial action plan, but now, we have official renderings which give a much better idea of the building’s appearance. DHA Capital is developing while CetraRuddy is the architect.

The new plans paint a much prettier picture than the old renderings, though the form of the building appears unchanged. The buildings will be faced in brick, and will also enhance the block’s street-wall, pressing up against the sidewalk. Metal-clad nodules begin at the ninth floor, extending above the tenth floor setback, adding a touch of creativity to an otherwise simple massing envelope that tops-out 14 floors above street level. 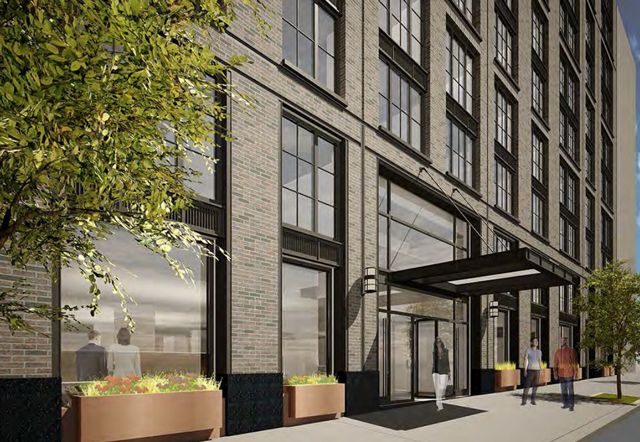 546 West 44th Street will have 280 rental apartments spanning 263,300 square feet of space, and 20% of the units will be affordable. Despite that, DHA Capital appears to have forgone environmentally-unfriendly and aesthetically-unpleasing PTAC units, which pockmark the facades of most new rental developments in New York City. 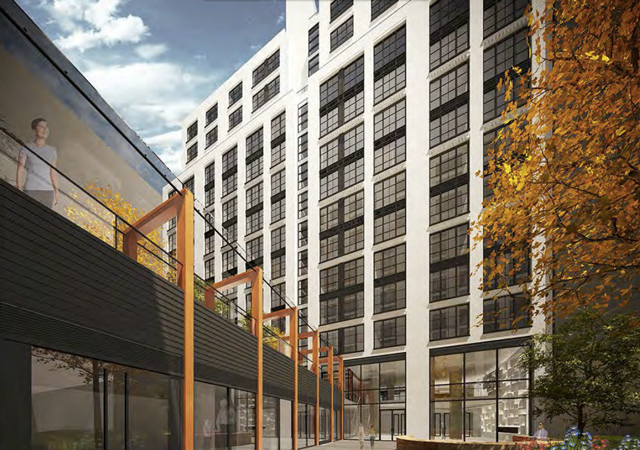 DHA Capital’s project will join another new development in the works on the same block, which was also recently revealed by YIMBY, at 505 West 43rd Street. That site will have a similar configuration, also featuring two buildings fronting both 43rd and 44th Streets. ODA is heading the design of that project, which — unsurprisingly — will skew towards the ultra-contemporary end of the design spectrum.

Both developments will greatly improve upon a formerly forlorn block of Midtown, dominated by parking lots and decrepit pre-war structures. Open-air train tracks also traverse the middle of the block, though they will soon be covered by ODA’s project.

While improvements by private industry are all well and good, the city must also step in to support new development and additional density by funding the completion of the 7-train stop at 41st Street and 11th Avenue. Without this, the nearest subway stops are over two long-blocks to the east, on 8th Avenue. Thousands of additional units are already under construction in the vicinity, and with the western edge of Midtown West finally emerging as a residential neighborhood, it is time the city gives it the transit-accessibility it needs to support a population that will grow into the tens of thousands.

In the meantime, permits for 546 West 44th Street were issued last October, meaning construction should soon be underway. 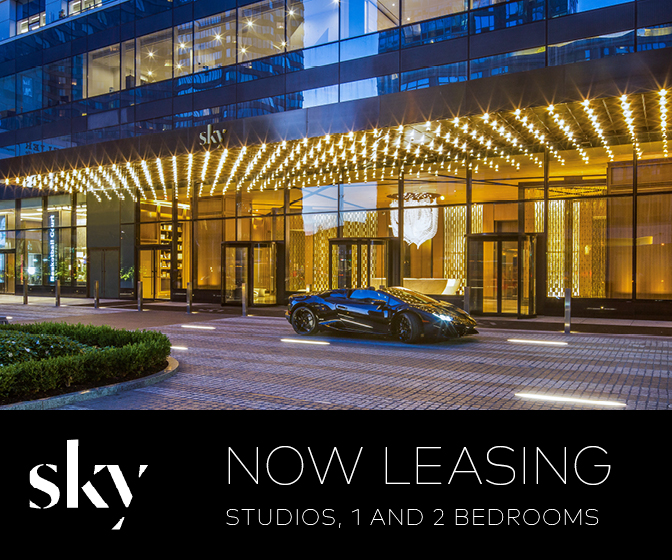