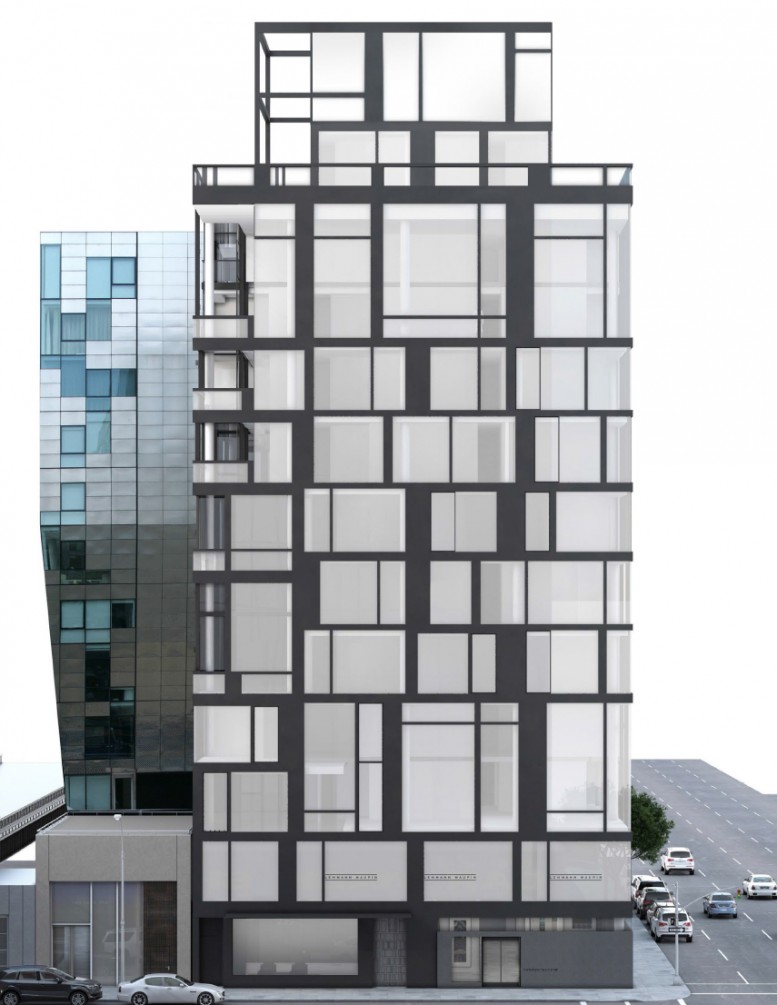 Back in September, YIMBY reported on the first permits for 239 Tenth Avenue, a new building which is being developed by Victor Homes and Michael Shvo. Renderings were glimpsed previously, but we now have the full reveal for the 12-story building, which will have only eight condominiums.

Permits on-file with the DOB list the building’s size at 41,489 square feet, including a 3,392-square foot art gallery, which means residences will average over 4,700 square feet apiece. This block of 24th Street, between Tenth Avenue and Eleventh Avenue, is rapidly evolving into the premier block in West Chelsea, with Tamarkin’s 508 West 24th Street and Tavros Capital’s 560 West 24th Street already opening over the past year.

The second round of projects to rise includes 239 Tenth Avenue and 514 West 24th Street, for which YIMBY obtained drawings this past April. That building will have a similarly spacious average condominium size of 3,000 square feet.

Peter Marino is the architect of 239 Tenth Avenue, and the building’s appearance will meld with the more contemporary additions arriving along the High Line. While the other new projects on 24th Street are much more traditionally-minded in terms of aesthetics, 239 Tenth will mesh especially well with its chrome-accented neighbor at 245 Tenth Avenue, designed by Della Valle Bernheimer. In terms of design, 239 Tenth’s variegated and glassy facade will complement its surrounds nicely, and exposed columns facing the High Line will yield to interspersed balconies.

The exact breakdown of the residences per floor is unknown, as the total number has been reduced since DOB filings, when the project was supposed to have 11 units. It has also apparently seen a one-story height boost.

Completion is anticipated by the end of 2016.