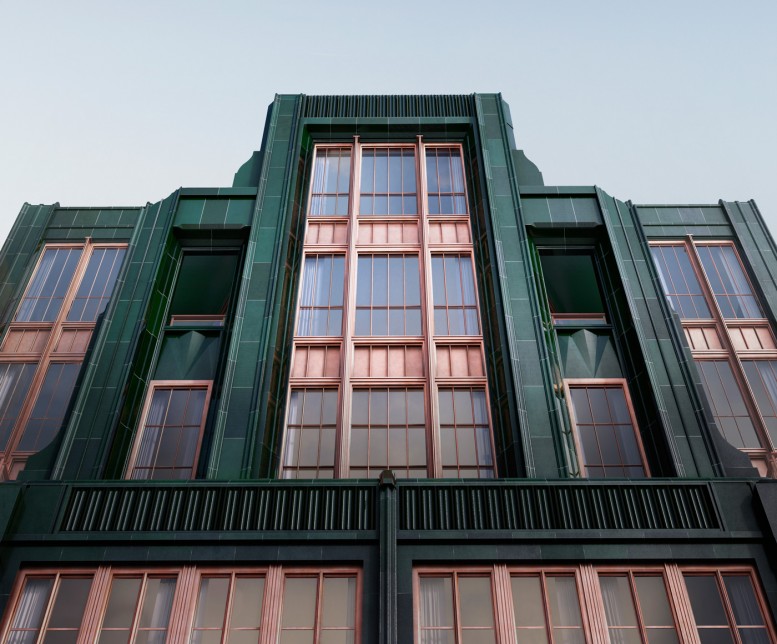 The Fitzroy, image by Hayes Davidson

Earlier this year, YIMBY posted drawings and floorplans that offered an idea of what 514 West 24th Street will look like. The site will soon give rise to a 10-story condominium building designed by Roman & Williams, and we can now reveal the first rendering of the project, dubbed The Fitzroy, which also now has its teaser website.

JDS and Largo Investments are developing, and this block of 24th Street is quickly becoming the most exclusive in all of West Chelsea, with both 508 and 560 West 24th Street opening over the past year. Permits for The Fitzroy went up last September, and IBI Group-Gruzen Samton is the architect of record.

514 West 24th Street departs significantly from the aesthetic of its new neighbors (although they are also very attractive), and instead draws from well before World War II, in typical Roman & Williams fashion. YIMBY interviewed the firm’s partners Stephen Alesch and Robin Standefer at the end of 2013, when Alesch described the firm’s inspiration as follows:

You see a plot of dirt, and your mind automatically starts thinking – what could work here. I don’t like seeing character-less buildings popping up in New York City – we love this city more than anything – and I think the buildings that go up, they have to have character. If someone else isn’t going to do it, we have to do it.

The Fitzroy will certainly have an abundance of character, and will feature green terra cotta cladding, set alongside enormous copper windows. It’s apparent that JDS and Largo are splurging on materials, unsurprising considering JDS’ other projects like Walker and Stella Towers (and the ~1,431-foot tall 111 West 57th Street, also now under construction). Combined with Roman and Williams’ attention to detail, the result will improve upon the pre-war vernacular that typifies so much of New York City.

Like the bathrooms at the Viceroy Hotel, the inspiration for the greenback-tinged terra cotta facade appears to be money, and the developers are likely to make lots of it. There will be 14 two through five bedroom condos in all, with pricing ranging from $5 million to over $15 million.

Across 24th Street and the High Line, another project with similarly-sized condos (and an ultra-contemporary exterior) is also about to break ground at 239 Tenth Avenue. Dubbed The Getty, that site is being developed by Victor Group and Shvo, and Peter Marino is designing.

The Fitzroy does not yet have a formal completion date, but sales are launching this fall, and an estimate of late 2016 or early 2017 would be reasonable.