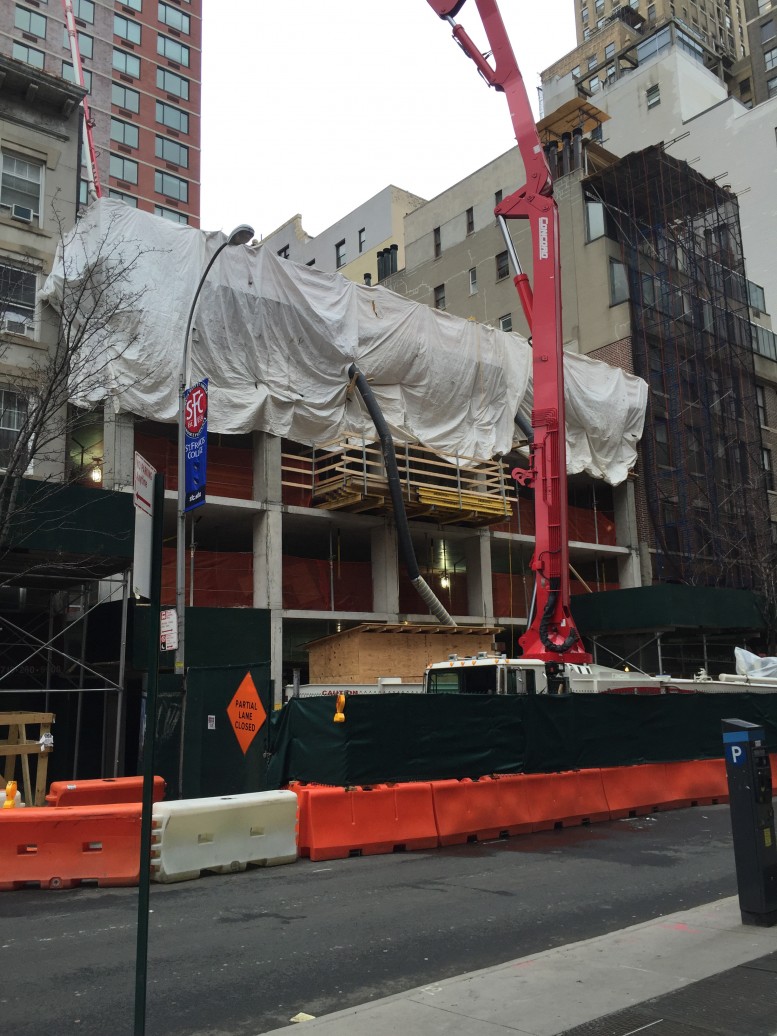 It was back in May of 2014 that YIMBY brought you work of permits being filed for a 60-unit mixed-use development at 153 Remsen Street, between Clinton Street and Court Street in Brooklyn Heights. In July of 2015, we reported that excavation and piling work had begun. Since then the building has reached about four floors, as seen in photos from our friend Tectonic. We also have a better look at the design of the overall structure. The project from Quinlan Development and Lonicera Partners is being designed by Perkins Eastman Architects affiliate S9 Architecture. It is due to reach 19 stories at 185 feet in height and will encompass 79,211 square feet, according to the latest new building permit. Amenities will include a gym, playroom, and laundry in the cellar, parking for 30 bicycles on the first floor, and additional “residential amenity space” on the roof.

The project also includes 4,465 square feet of commercial space. That will go to a restaurant or bar occupying the cellar and first floor and a retail space on the first floor.

Other nearby points of interest are the Brooklyn Heights Promenade, Cadman Plaza, the movie theater at the corner of State and Court streets, and MetroTech Center.

When we last reported on the development, completion was slated for later this year. As February is only a week old, that is still doable.