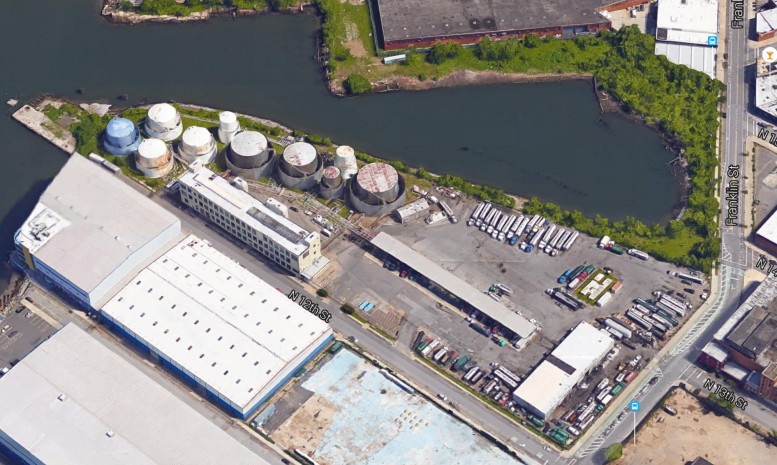 Since the 2005 rezoning of Greenpoint and Williamsburg, the city has slowly been building out Bushwick Inlet Park, which was planned to span the waterfront from North 7th to 15th streets when combined with the East River State Park. A large swath of the waterfront is still occupied by CitiStorage warehouses between North 10th and 12th streets, and that site is expected to be sold to a team of developers, but the city is moving in to acquire the swath of land at 1 North 12th Street, between North 12th and 14th streets. The city is paying $53 million for the seven-acre plot of land, currently occupied by a three-story warehouses and the Bayside Fuel Oil Depot’s storage tanks, according to The Real Deal. If the initial plans are executed, the city will demolish everything and convert the entire lot into public park space. The new park space would be located right across Bushwick Inlet from the planned USS Monitor Park.