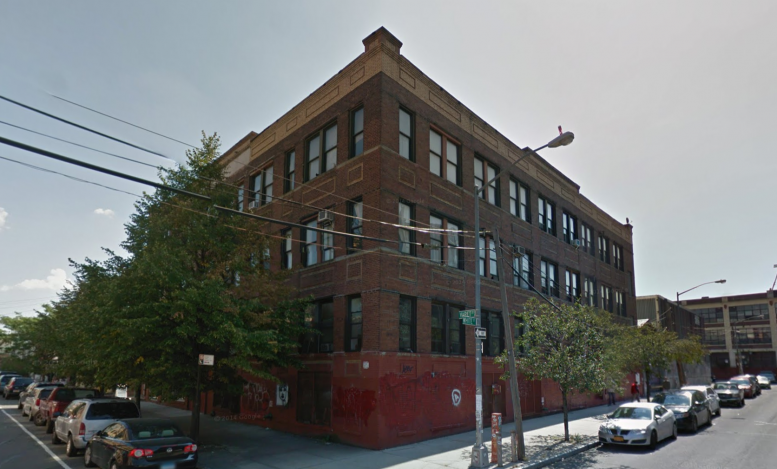 Since the state re-opened applications to legalize loft buildings last year, dozens of landlords have tried to get the city’s blessing for industrial buildings where New Yorkers have illegally lived for years.

The first step in the multi-year process is filing plans with the Department of Buildings, which ultimately decides whether factories and warehouses can get residential certificates of occupancy. The owner usually wants the New York City Loft Board to recognize the building, and then it becomes an Interim Multiple Dwelling. Essentially, IMDs are legally sanctioned loft buildings without a residential certificate of occupancy, and the tenants are entitled to rent stabilization and a host of other legal rights.

We recently spotted plans to convert a four-story factory to apartments at 222 Varet Street in East Williamsburg. People have apparently been living there illegally for years. The building made an appearance in a delightfully headlined New York Times piece from 2005, in which an employee from an industrial space non-profit seeks out illegally converted factories in North Brooklyn’s industrial zone.

Nicholas Scire-Chianetta, who heads NSC Architecture, applied for the permits.

The building owner is notorious landlord Jack Guttman. He and his father, Joshua, own several Brooklyn industrial properties with questionable histories. The pair evicted 60 tenants from an illegally converted DUMBO loft building back in 2001, and then a four-alarm fire ripped through the property. Last summer, they filed plans to convert it to office space.

Then in 2006, a 10-alarm fire destroyed much of Greenpoint Terminal Market, a historic manufacturing complex on the Greenpoint waterfront. Although the police eventually arrested a homeless man for starting the blaze, neighbors still suspected arson. Over the last two years, the Guttmans have turned one of the terminal market buildings into the Brooklyn Expo Center. And they’re slowly transforming another nine-story warehouse next door into a hotel.