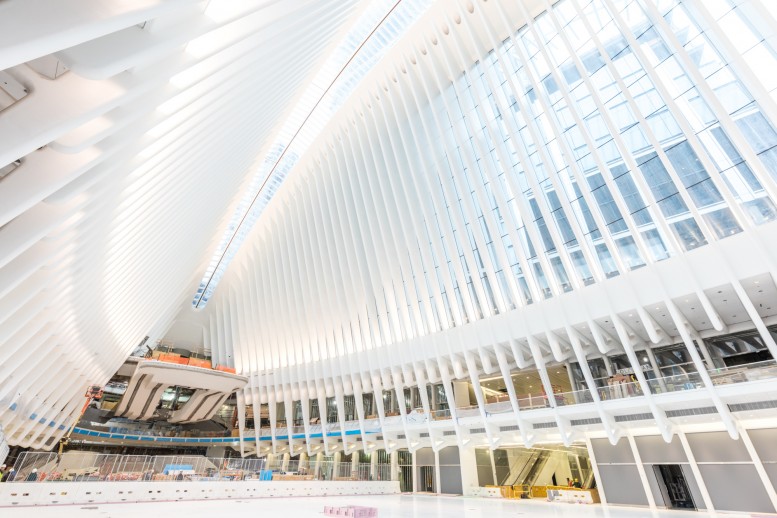 This past January, news broke that the $3.9 billion World Trade Center Transportation Hub in the Financial District would open to the public in early March. Last week, Curbed NY gave you a sneak peek inside the Santiago Calatrava-designed structure, and yesterday, on March 3rd, the hub officially opened. As seen in the photos, only a large chunk of the main concourse is open right now, and the rest of the structure is expected to follow in phases over the next few months. That includes 365,000 square feet of retail space to be managed by Westfield Corp. The Port Authority can now prepare to remove the temporary PATH station entrance near One World Trade Center, site of the planned World Trade Center Performing Arts Center, or PAC WTC. As reported earlier, the new transit hub now serves as the connection point for 11 subway lines, World Trade Center-bound PATH trains, multiple bus lines, and ferry service.