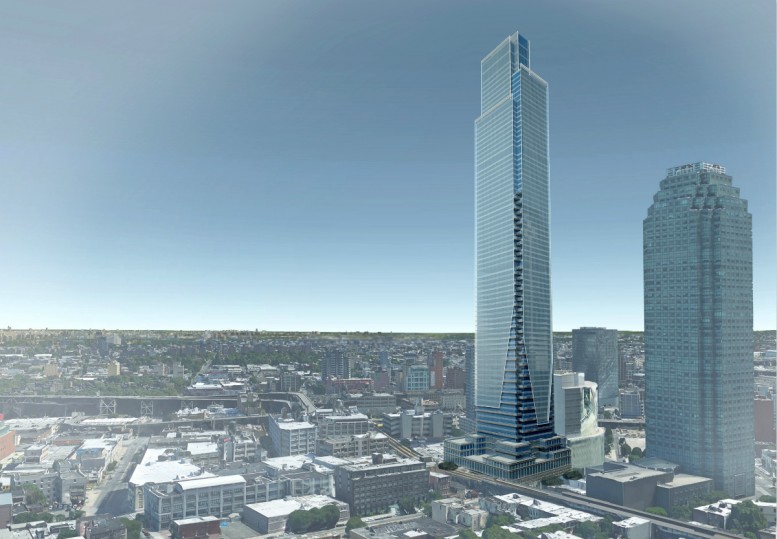 The 79-story tower headed for 23-15 44th Drive in Long Island City will likely become the first supertall building in Queens.

The developer, United Construction and Development, has filed a request with the Federal Aviation Administration to erect a 984-foot-tall high-rise. Known as City View Tower, the residential project promises to soar 330 feet beyond Citigroup’s One Court Square, which tops out at 658 feet and 50 stories across the street.

When plans for the building were filed in February, they called for a 963-foot-structure. The increase of 21 feet boosts the development to supertall status, which is 984 feet tall, according to the Council on Tall Buildings and Urban Habitat. With a bulkhead for mechanicals, the tower will reach 1,000 feet into the air, per the FAA request.

The plans are still working their way through the Department of Buildings, but they haven’t changed much in the last two months. The building will have 774 apartments spread across 759,412 square feet of residential space and 19,721 square feet of retail on the ground floor. However, the developer’s page for the project sketches out fewer condos and more offices. The Flushing-based builder originally planned to develop 660 apartments and 100,000 square feet of commercial space.

The development will also include 225 parking spots, divided between the cellars and second floor.

Goldstein, Hill & West Architects is designing the tower. Work is set to begin next year and wrap in the fall of 2019.