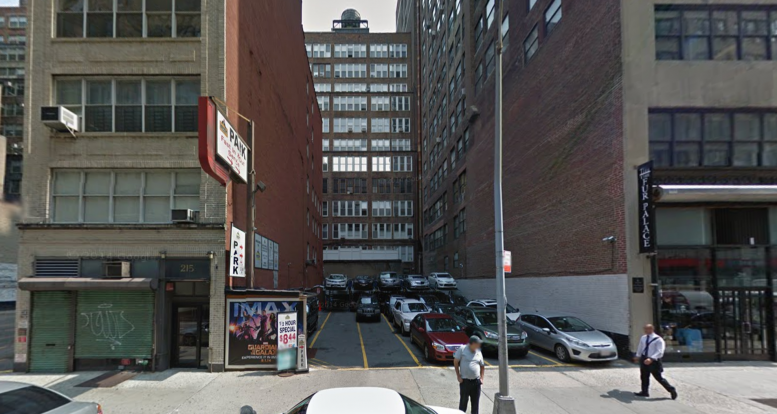 The second through ninth floors would have four units apiece, followed by two units on the 10th floor and full-floor apartments on the remaining eight stories. The cellar will have a few amenities, including laundry, storage space for 21 bikes, and a gym.

Tribeca-based ZH Architects applied for the permits, and developer is Alex Bernstein, doing business as an LLC based on West 30th Street. Bernstein’s firm has owned the 4,500-square-foot lot since 2001.

ZH is also working on a passive house condo conversion in TriBeCa, and we hope this project will be built to passive house standards as well.

Another parking lot a few doors down is being developed, too. Ironstate is building a 21-story tower at 221 West 29th Street, which we revealed back in the summer of 2014.

This area is zoned for manufacturing and commercial uses. But the city altered the zoning code a few years ago to allow new residential buildings on vacant lots there as-of-right, which means that developers can build apartments without a variance or zoning change.