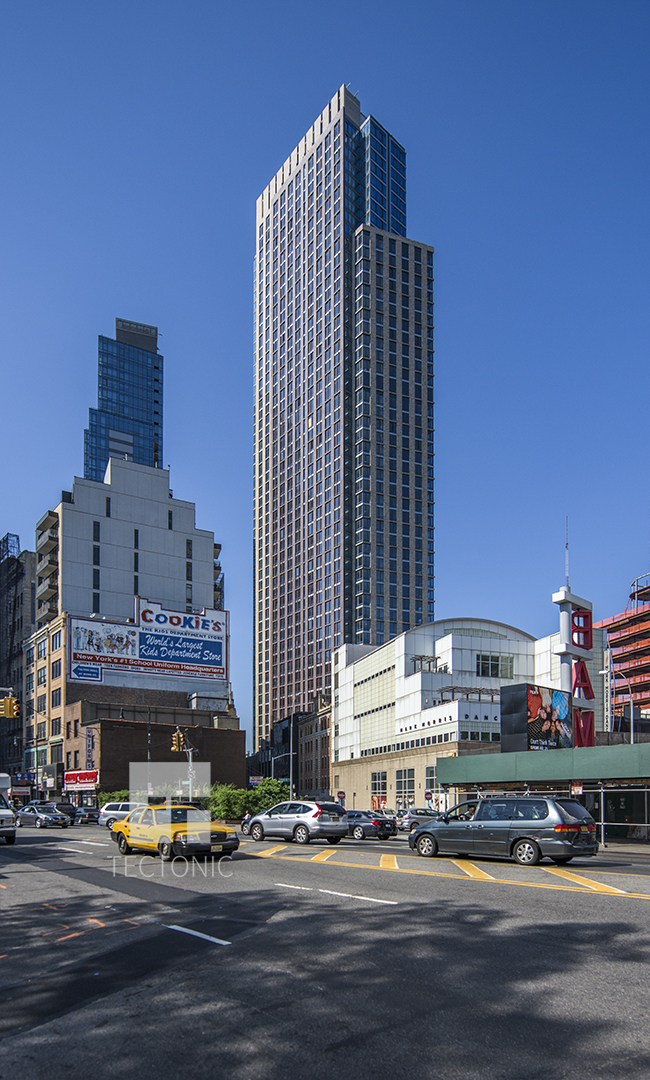 Façade installation was underway and had reached the 20th floor last September, but they’re now racing to the finish line, as the leasing office will open soon. The project is being developed by the Gotham Organization and FXFOWLE Architects is responsible for the design. Dubbed simply the Ashland, it has risen 568 feet and will encompass 521,247 square feet. With 496,955 square feet devoted to residential use, the studio to three-bedroom apartments should average over 849 square feet apiece. Nearly half of the units are due to be affordable, including some inclusionary units, with the rest going at market rates. Listed amenities include storage for both perishable and ordinary items (including dry cleaning) and bicycle storage on the first floor; a laundry room, playroom, “tenant movement studio,” fitness center, two libraries, and three terraces on the third floor; and a rooftop sky lounge.

There will also be 24,292 square feet of commercial space. That will go to retail in the cellar, a restaurant and office lobby on the first floor, and office space on the second floor.

The site is just a block from the Brooklyn Academy of Music and Mark Morris Dance Center. It’s less than half a mile from the Atlantic Terminal Mall and Barclays Center. That means convenient to very convenient access to the A, B, C, D, G, N, Q, R, 2, 3, 4, and 5 trains and the Long Island Rail Road. Occupancy should come before the end of September, as on-site signage shows “Summer 2016 Occupancy.”