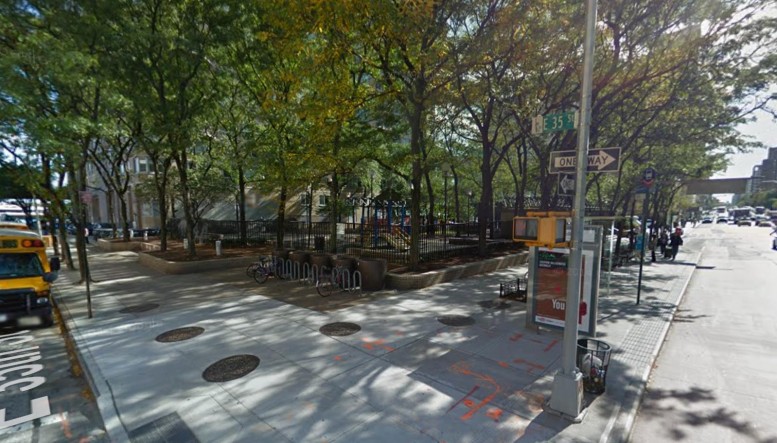 Property owner UDR has filed applications for a single-story, 6,179-square-foot retail building at 401 East 34th Street, located on the corner of East 35th Street and First Avenue in Kips Bay. The new structure will host a restaurant on the ground floor and retail space in the cellar. It will be located on the grounds of Joseph Slifka Park, where a playground currently exists. The new retail space won’t have to be approved through the city’s Uniform Land Use Review Procedure (ULURP) even though it’s being built on public park space. In October of 2015, Community Board 6 voted to allow retail project to proceed without a rezoning/city approval. Brooklyn-based Much Architecture is the architect of record. The park – which was built as part of the 35-story, 706-rental-unit residential building View 34 (previously known as Rivergate) – will also see an overhaul, with upgrades including a new dog run and an artificial turf area.