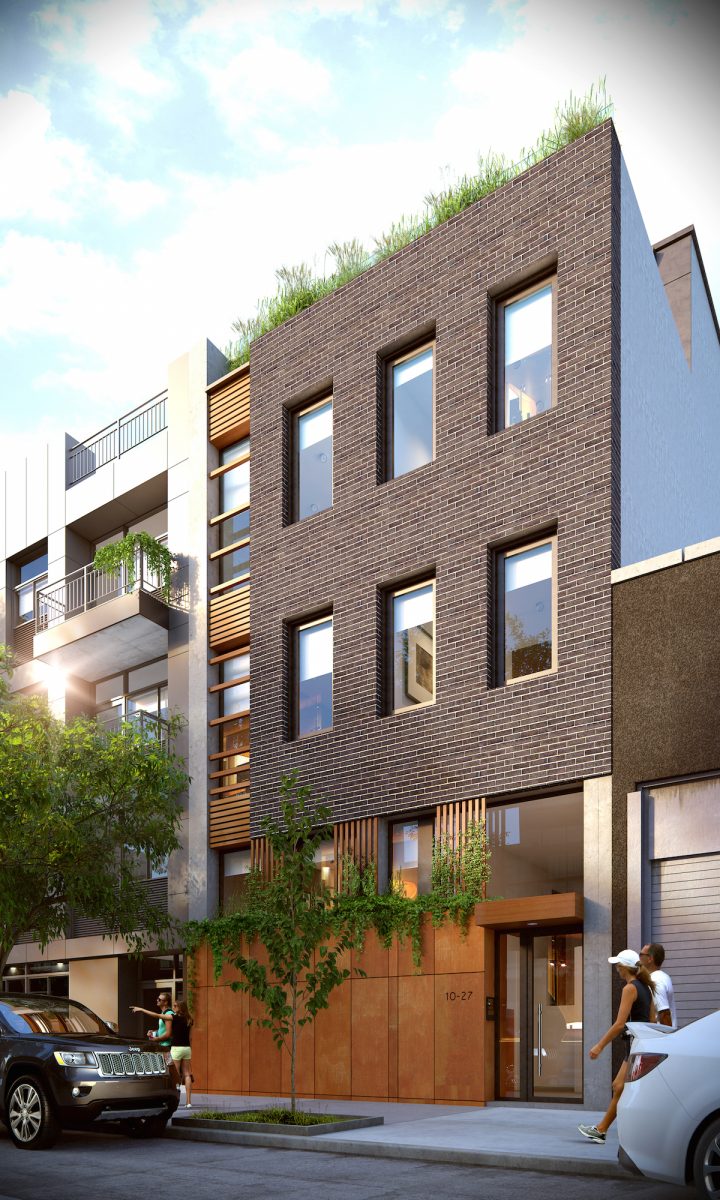 Most of the new construction in Long Island City dwarfs what it replaces, whether the new buildings are 50-story towers or mid-rise apartment buildings. However, every once in a while, someone tears down a wood frame house to build a slightly larger townhouse.

The new three-story home at 10-27 47th Road will be clad in a modern combination of corten steel, wood and brick. The three-unit house will reach 50 feet into the air, matching the height of the four-story building next door. Those three apartments will be spread across 5,000 square feet of residential space, for spacious average units measuring 1,670 square feet. A duplex will occupy the first floor and basement, followed by two triplexes and a roof deck.

Jorge Mastropietro Architects designed the project, which is currently making its way through the Department of Buildings’ lengthy approval process. Permits were filed back in February, and the plans received the DOB’s stamp of approval in June. However, the city hasn’t issued permits to start construction yet. The lot’s former occupant—a two-story house—is being demolished.

The old house measured just 1,700 square feet, not including the basement. The new home will be about as large as zoning allows. Unlike the area near Queens Plaza, the city zoned this block for relatively low-density development, capping new construction at 50 feet and floor area ratios at 2.

Ascent Development, which is based nearby on Vernon Boulevard, is developing the house.