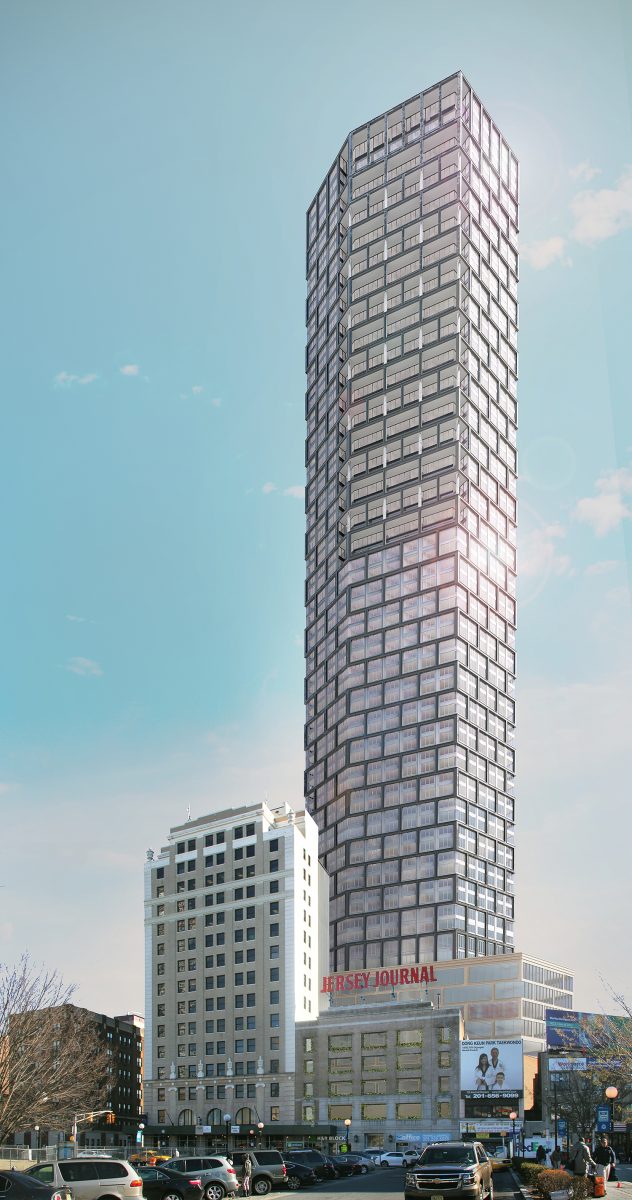 YIMBY first brought you a look at plans for Kushner Companies’ 30 Journal Square, in Jersey City’s Journal Square neighborhood, back in March of 2014. Now, the city has approved plans for it to rise, though they will differ dramatically from what was previously posted, with Morris Adjmi Architects designing a soaring 72-story tower.

Unlike the aforementioned projects, which will rise on opposite sides of the PATH hub, 30 Journal Square will have some semblance of urban context in its immediate confines, with the old Jersey Journal Building to be incorporated into the project. Also next door, the Labor Bank Building long stood as the tallest in the immediate area, and while that will clearly no longer be the case, it will still make for an attractive footnote.

The tower will become Morris Adjmi’s largest project in the New York region, and its look appears to draw from the same body of industrial-styled work that the architect is well known for. In this case, dark bands will criss-cross the facade, dividing it into larger blocks. From a distance, the building almost seems to dissolve into a stack of glassy bricks, which will definitely make for a positive contrast against the more drab architecture that currently predominates the area.

Terraces will begin at around the tower’s mid-point, offering outdoor spaces all the way up to the very top. The pinnacle of 30 Journal Square may actually outrank the future 99 Hudson Street as the tallest visual spot on the Jersey City skyline, thanks to the neighborhood’s approximately 100-foot base elevation, but we only have a floor count (though ~800 feet would be a good guess).

Kushner Companies acquired the site for $3.575 million back in 2013. No completion date has been formally announced just yet.