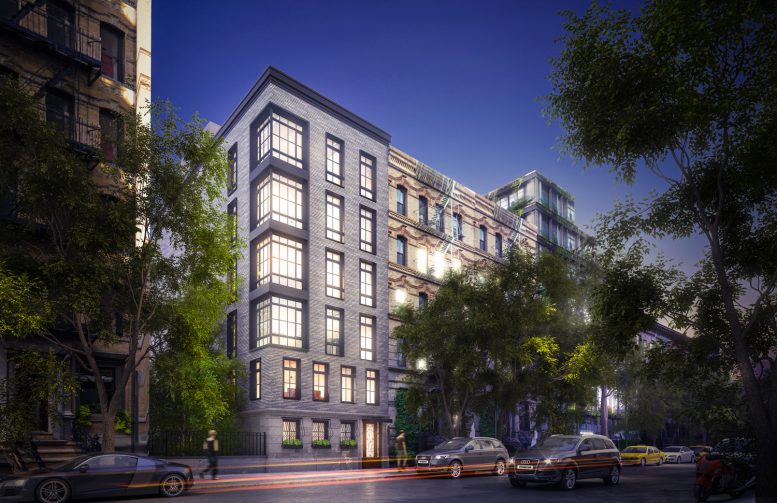 Back in April, YIMBY reported that BSD Realty had refiled permits for a new building coming to 243 East 7th Street, between Avenues C and D in the East Village/Alphabet City. Now, we have the reveal for the project, which is being designed by Issac & Stern Architects.

The structure will span 10,466 square feet with six units averaging a spacious 1,498 square feet apiece. That is a strong indicator that this building will hold condos, and most units will have their own floors, including a penthouse on the sixth floor with its own private upper level.

Appearance-wise, the building will be perfectly contextual. Its six-story envelope will fit in well with its next-door neighbors, and its grey-brick facade will greatly improve on the site’s old occupant, which has already been demolished.

The top four floors will feature large corner windows that take advantage of adjacent green space on the lot-line, and metal accents round out the structure’s aesthetic contribution to the streetscape. The first two floors are fitted with smaller windows better suited to privacy, though street traffic is likely relatively quiet by Manhattan standards, as the site is located on the eastern edge of Alphabet City. BSD acquired 253 East 7th Street in August 2014 for $4.3 million, and permits for construction were approved as of this past August, though no firm completion date has been announced yet.