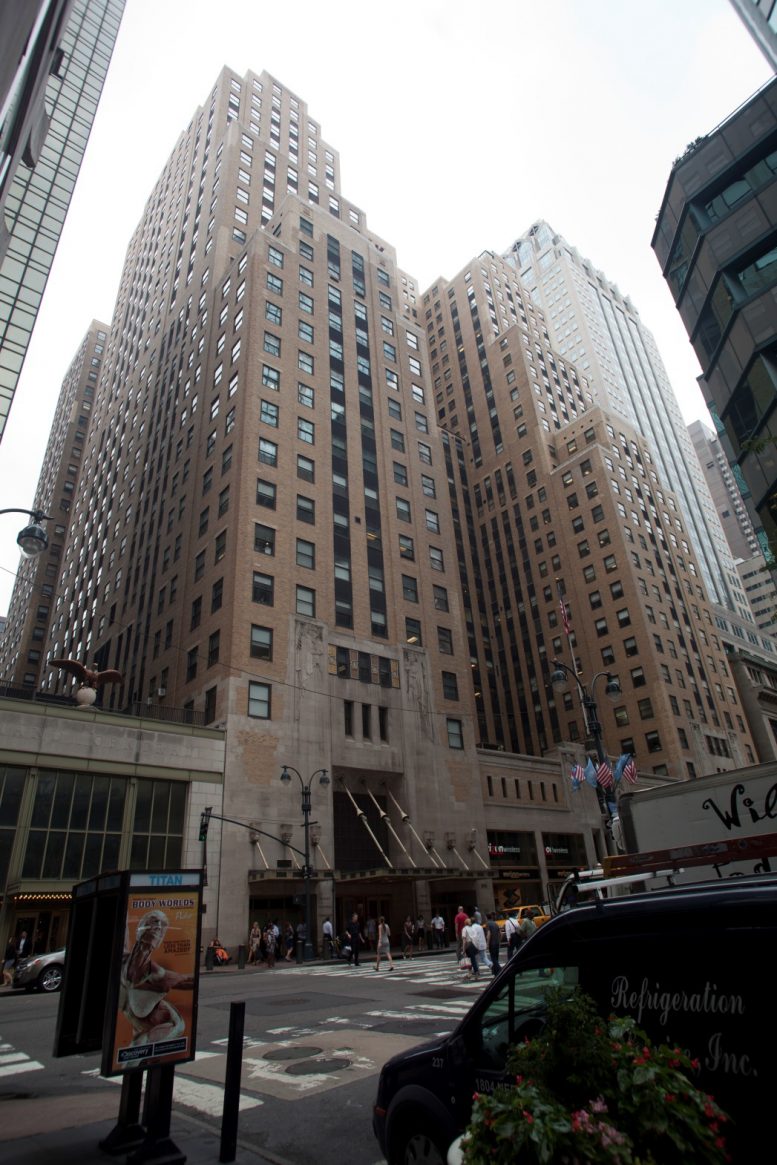 As we head into the Thanksgiving weekend, New York City can be thankful for 11 newly designated landmarks. On Tuesday, the Landmarks Preservation Commission voted on 11 of the 12 calendared sites in Midtown East.

The LPC’s Greater East Midtown Initiative has sought to preserve a neighborhood undergoing constant change. In fact, it was just over one month ago that ground was broken for the new supertall commercial tower, One Vanderbilt, across Vanderbilt Avenue from Grand Central Terminal.

In fact, this entire process was organized around the construction of Grand Central Terminal, and that’s how we’ll present these designations, for which public hearings were held on July 19 and September 13.

From the era before Grand Central Terminal, the first is the former Minnie E. Young Residence at 19 East 54th Street. The four-story structure was designed by the firm of Hiss & Weekes and built between 1899 and 1900. It was commissioned for Young, a widow of a successful banker, and reflected the upper class. It has since been converted to commercial use, with the Interaudi Bank occupying the storefront. The former Martin Erdmann Residence at 57 East 55th Street was constructed as a private residence between 1908 and 1909. Designed by the firm Taylor & Levi, its style is English Renaissance Revival, according to the LPC, and features an all-limestone façade with Tudor-style windows. Since 1957, it has been home to the Friars Club. From the Grand Central Terminal City era, the first was the building at 18 East 41st Street. The 21-story, neo-Gothic style office building was designed by George and Edward Blum and constructed between 1912 and 1914. It features a tripartite façade in glazed terra cotta. The former Hampton Shops Building at 18-20 East 50th Street is an 11-story structure built between 1915 and 1916. Its design, by Rouse & Goldstone and Joseph L. Steinman, features terra cotta resembling granite, meant to complement St. Patrick’s Cathedral, which sits across the street. The Hampton Shops furniture company declared bankruptcy in 1937. The building was then sub-divided and has served a variety of commercial purposes. 50 Vanderbilt Avenue is a 22-story building constructed for use as the Yale Club of New York City. It was built between 1913 and 1915 and designed by architect James Gamble Rogers, who designed many structures on Yale University’s campus in New Haven, Conn. In fact, the club was placed on Vanderbilt Avenue because it is right across the street from Grand Central Terminal, and the New Haven Line, now part of the Metro-North Railroad. The 24-story-tall Pershing Square Building at 125 Park Avenue was designed by John Sloan, along with the firm of York & Sawyer, and built between 1921 and 1923. The site had been formerly been occupied by the Grand Union Hotel.

It was the last tall building constructed without the setbacks mandated by law following the construction of the Equitable Building in the Financial District. It features large arched windows in the base along with more arched windows near the top. It was key to the functioning of the entire mass transit concept for Grand Central, as it helped connect different subway lines. It also features special subway entrances and direct access to the train terminal.

Representatives of the building’s owner had said designation would prevent necessary transit improvements. On Tuesday, LPC Chair Meenakshi Srinivasan said the designation report will note the building’s significance when it comes to transportation and that the commission will work with the necessary parties to allow for improvements when the time comes. The Graybar Building, located at 420 Lexington Avenue, was designed by Sloan & Robertson and built between 1925 and 1927. The 30-story structure is clad in brick and limestone, with amazing Art Deco features including multiple setbacks. The 34-story-tall former Shelton Hotel at 525 Lexington Avenue was designed by Arthur Loomis Harmon and built between 1922 and 1924. It’s an early example of a skyscraper residential building. It was later the Halloran House Hotel and is now the New York Marriott East Side. Up next was the former Beverly Hotel (now the Benjamin Hotel), located at 125 East 50th Street. The 30-story building was designed by Emery Roth with Sylvan Bien and built in 1926. The Hotel Lexington, located at 511 Lexington Avenue, is 26 stories tall, plus two pyramidal towers. It was designed by the firm of Schultze & Weaver and built between 1928 and 1929. Finally, there was the 22-story building at 400 Madison Avenue. It was built between 1928 and 1929 and its neo-Gothic style design, by H. Craig Severance, features cream-colored terra cotta meant to reflect sunlight. Now, what about the 12th item? That is the former Citicorp Center at 601 Lexington Avenue, now known by its address. The complex includes the 59-story, 915-foot-tall office building with the slanted roof perched above supercolumns, a six-story retail building, and St. Peter’s Lutheran Church. The design was by Hugh Stubbins & Associates, with Emery Roth & Sons. Construction took place between 1973 and 1978, making it the only item from the post-Grand Central Terminal era. No vote was held because the LPC is continuing to do research for the designation report. A vote is expected by the end of the year.