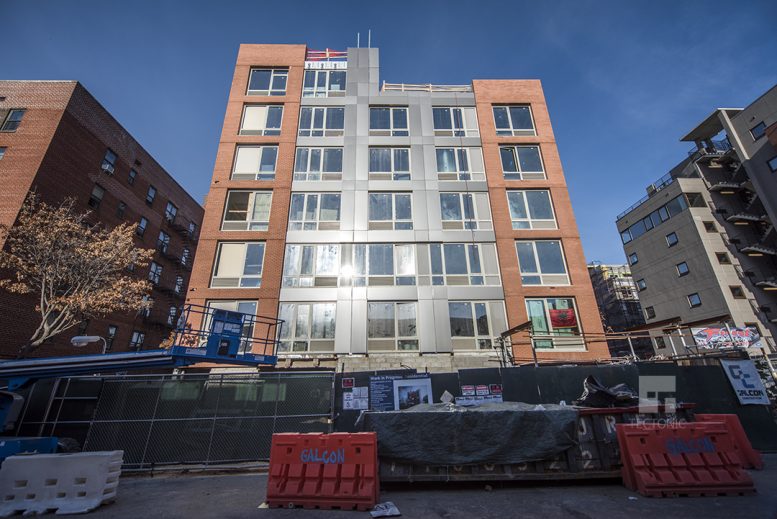 It was nearly two years ago that YIMBY revealed the design for Adam America Real Estate’s new seven-story rental apartment building at 577 Baltic Street, between Third and Fourth avenues in Boerum Hill. Now, the structure is nearly complete.

Construction progress can be seen via a photo taken by Tectonic. The design is the product of Manhattan-based Issac & Stern Architects, and it has changed substantially from the one revealed in 2015. When we last reported on the project, it was due to have 28 units, but the current permit shows 27. The total square footage of the purely residential development is 18,869, which works out to just under 699 square feet per unit.

There will be five units each on the second through sixth floors, followed by two units on the seventh floor. Amenities will include space for 14 bicycles and parking for 15 automobiles. There will also be a recreation space atop the 71-foot-tall building.

The Union Street stop on the R train is the closest subway, but Atlantic Avenue-Barclays Center, with service on the D, N, R, 2, 3, 4, and 5 trains is just a little farther in the opposite direction. We expect the building to open for tenants this year. It is just down the block from another Adam America development at 595 Baltic Street. We’ll have a report on that this Friday.