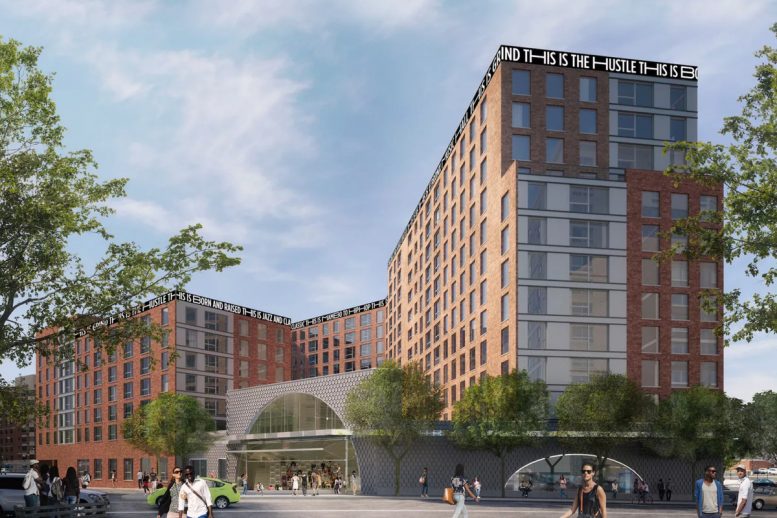 Renderings have been revealed of the 12-story, 305-unit mixed-use project at 443 East 162nd Street, located on the corner of Brook and Elton avenues in the South Bronx’s Melrose section. The project’s developers—the Women’s Housing and Economic Development Corp. (WHEDco.), BFC Partners, the the city’s Housing Preservation & Development (HPD)—broke ground on it last week, Curbed NY reported.

The latest building permits indicate the new structure, dubbed Bronx Commons, will encompass 426,330 square feet and rise 120 feet to its highest roof. There will be 22,818 square feet of ground-floor retail space, in addition to 16,996 square feet of ground-floor community space, to be occupied by the Bronx Music Heritage Center. The space will feature a 300-seat stage called the Bronx Music Hall. The apartments, to be located across the second through 12th floors, should average 1,073 square feet apiece. They will range from studios to three-bedrooms and all of them will rent at below-market rates. Danois Architects, WXY Architecture + Urban Design and Local Projects all have roles in the project’s architecture and design. Completion is expected in 2019.