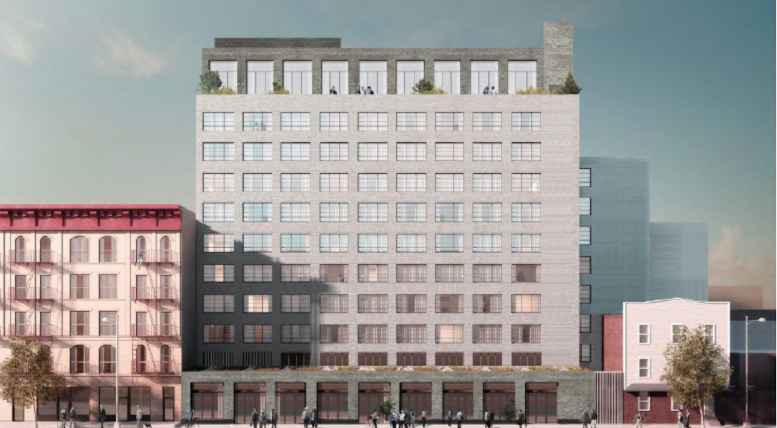 New dormitories don’t often appear in Williamsburg, but back in May of 2016, YIMBY reported on new building filings for 292 North 8th Street, a substantial site that spans through the block to 7th Street. Today, we have the full reveal for the project, which is being designed by Stonehill & Taylor Architects, and developed by Macro Sea and the Kamali Organization.

The building will contain about 82,000 square feet of residential space, with 205 units in all, translating into an average size of just over 400 square feet, or the legal minimum. As YIMBY previously reported, the dormitory-configuration of the development will result in 400 beds.

Developer Macro Sea hopes to emulate the co-living environments of competitor WeWork, which has already opened its first spaces. Whether the fad is sustained remains to be seen, but rooms at 292 North 8th Street will come with kitchenettes and customized furniture, as the builders hope to target a more upscale clientele than WeWork.

Besides the dormitory, which will take up the second through eleventh floors, the first floor will contain 2,300 square feet of retail, as well as administrative offices, a multipurpose room, and a lobby. There will also be a 34-car garage underneath the structure.

Completion is anticipated for 2018.