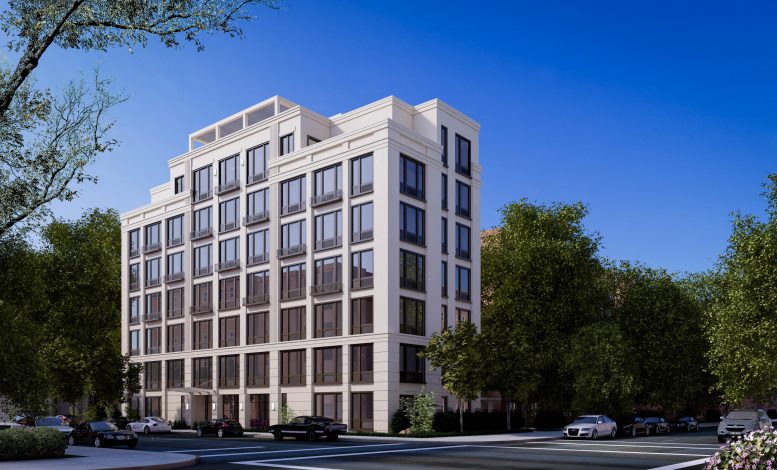 While YIMBY reports on permits across Flatbush frequently, today we have the reveal for 100 Lenox Road, which is heavily influenced by classical design.

As rendered, two fluted pilasters rise along the façade and seamlessly transition, without a capital, to a simplistic cornice. Several non-functioning balconies hide personal air conditioning units on the front, with an art-deco-inspired iron railing. The tenants will get to enjoy decently large window lighting. There also appear to be two private terraces on the seventh floor, though they are not specified on the permits.

The 74-foot tall structure will yield 22,000 square feet. The 32 living spaces have an average size of 687 square feet. The building comes with a lobby and recreational area in the cellar and first floor. There will also be space for fifteen bicycles, available to tenants.

YIMBY last reported on the development in August of 2016. The developer is Moshe Tal of B.H. Tal Real Estate, which is headquartered on Kingston Avenue in Crown Heights. New Rochelle-based Bienenfeld Architecture is handling the design.

B.H. Tal Real Estate acquired the 5,500-square-foot property for $2,600,000 in October 2015, paying $118 for each square foot of 100 Lenox Road. This sizable lot would probably be even more valuable if it hadn’t been downzoned back in 2009. The new zoning kept the allowed density the same but imposed a height limit for new development. 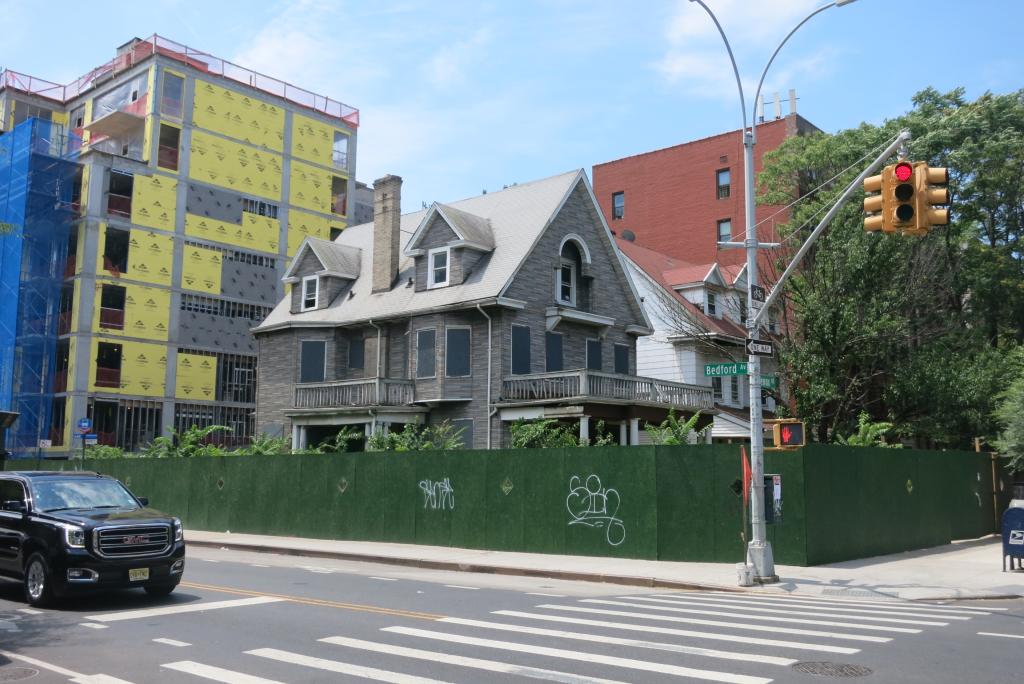 100 Lenox Road in June 2016, photo by Joe Strini for PropertyShark