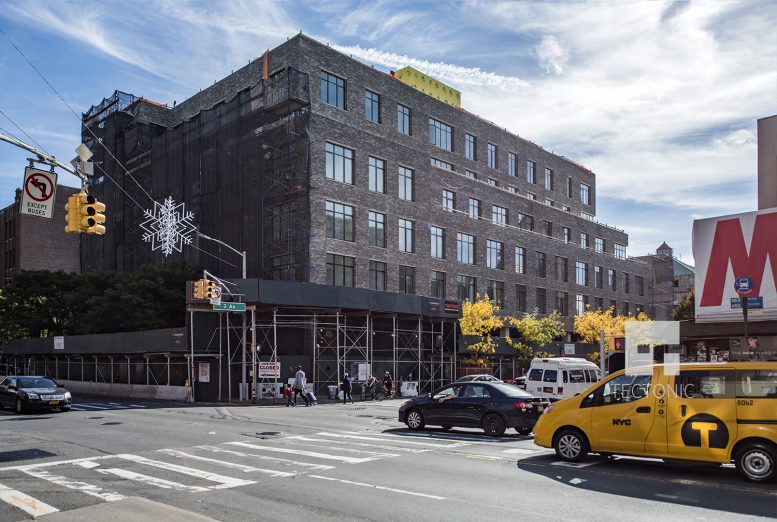 The Hendrik is nearing completion, and today YIMBY has an update on the project, at 509 Pacific Street, in Boerum Hill, Brooklyn, thanks to Tectonic. The building is a large development, with 33 condominiums designed for families who love townhouses and modern amenities. Scaffolding on Atlantic Avenue and Pacific Street still remains and sheds along the sidewalk obscure vision of the entranceway and masonry along Pacific Street, as seen in the rendering, but the Beyer Blinder Belle-designed exterior is just about finished. 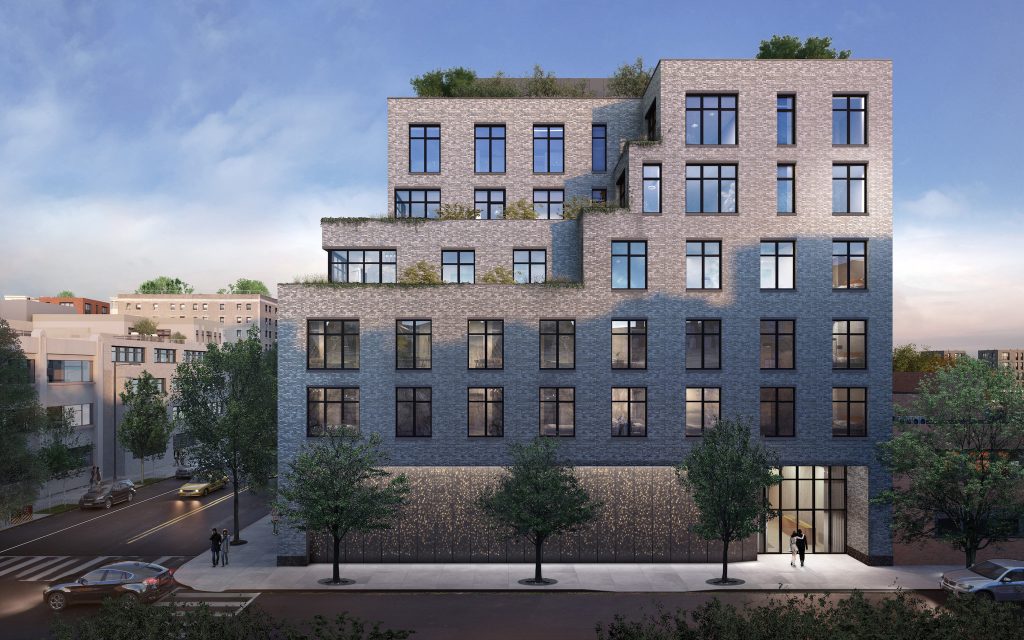 509 Pacific Street. Rendering by MAQE via the New York Times 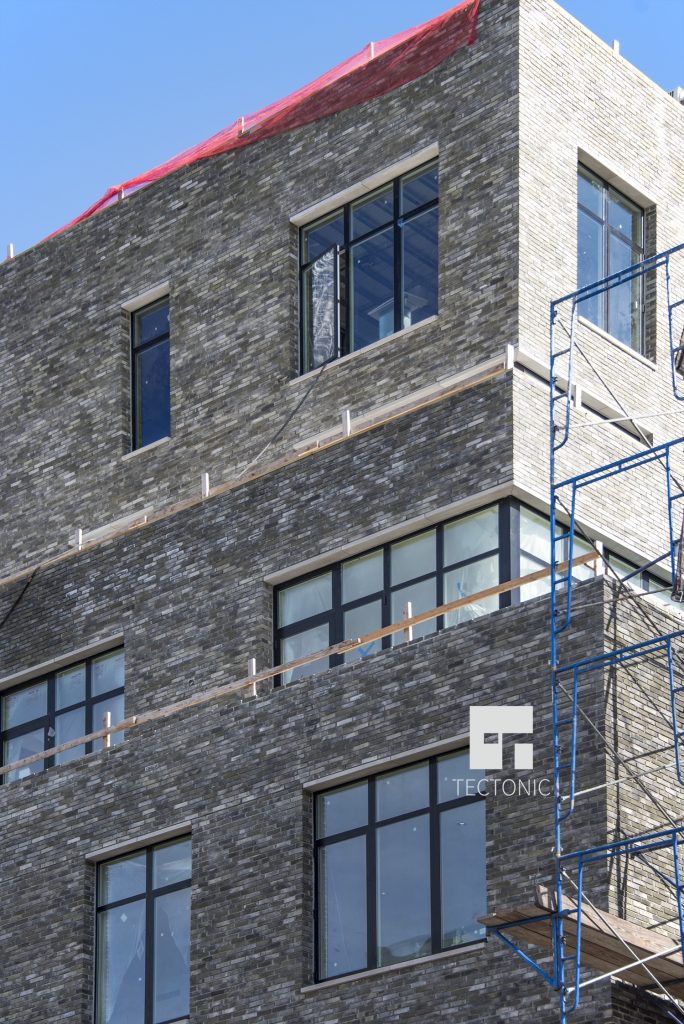 Interiors have not yet been completed, with images showing incomplete ceilings. 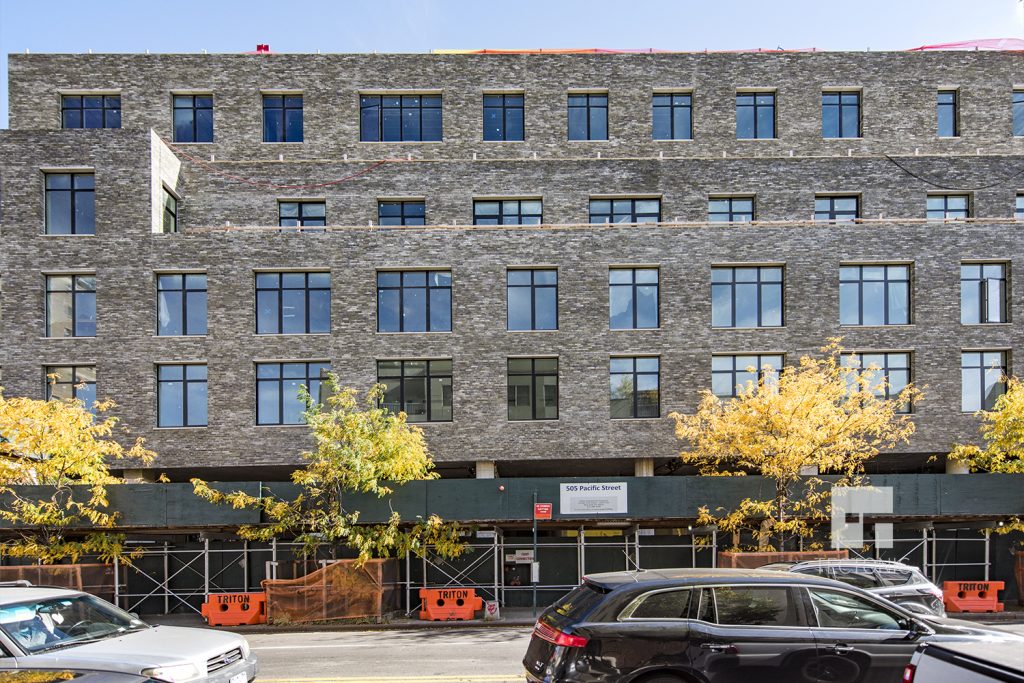 A Walgreens had occupied the 18,000-square-foot site until it was demolished in 2015. Back in December 2014, Gershon and his development partner, AEW Capital Management, spent approximately $32 million purchasing the property and buying Walgreens out of its 39 years remaining on the lease.

The masonry used for the façade was not the typical choice for architects. The developer, Jeffrey Gershon of Hopestreet, traveled with his Beyer Blinder Belle partner, Carlos Cardoso, to Denmark to pick out a handmade gray brick for the facade, according to the New York Times. “It’s not going to feel like a new building,” Cardoso said. “It’s going to feel like it’s been there forever, and age really gracefully.” Their chosen stone is grey with hints of green and black.

The project is expected to be complete by the end of the year.