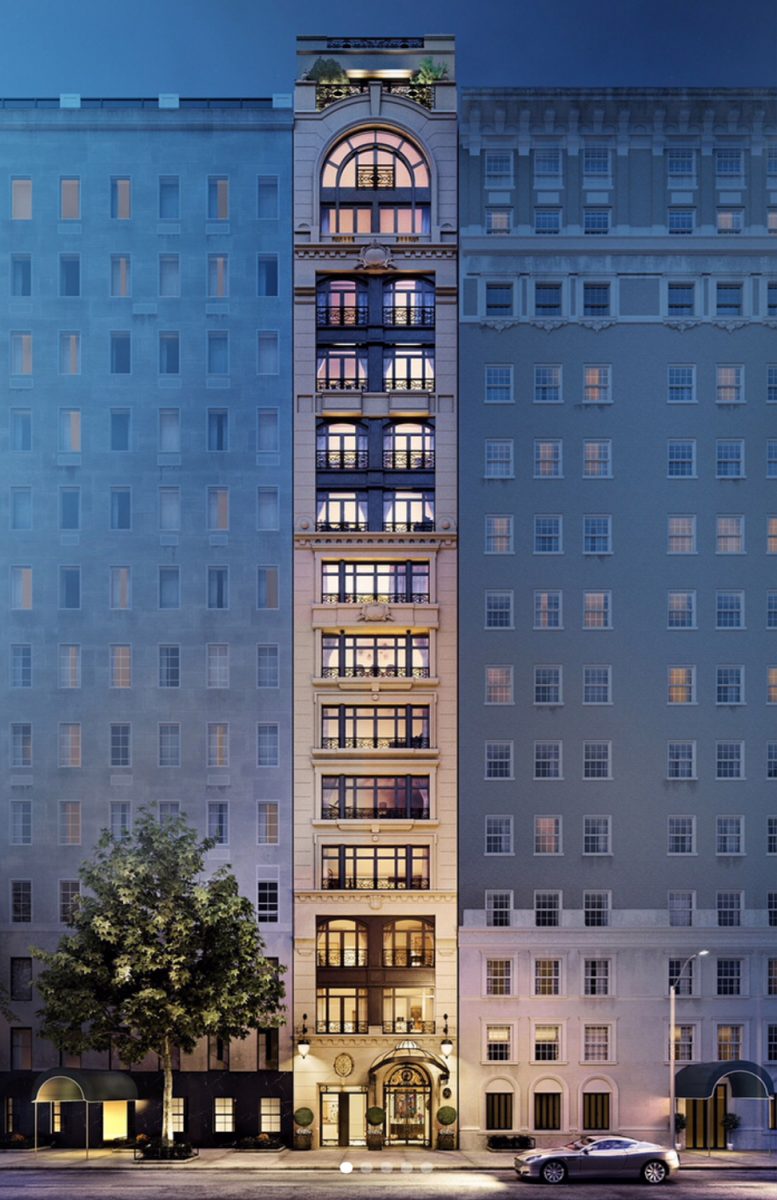 The prime blocks of the Upper East Side seldom see new developments, but renderings have now been revealed for the H.T.O. Architect-designed 27 East 79th Street. The project is the first new building to rise on its block in nearly forty years. The architect teamed up with the Parisian firm, Cabinet Albero Pinto, to create a structure fit for the neighborhood.

The classical style takes influence from the Beaux-Arts tradition that permeates the neighborhood. It’s most notable neighbor just around the corner, is one of the most widely recognized examples of the revivalist style, the Metropolitan Museum of Art. 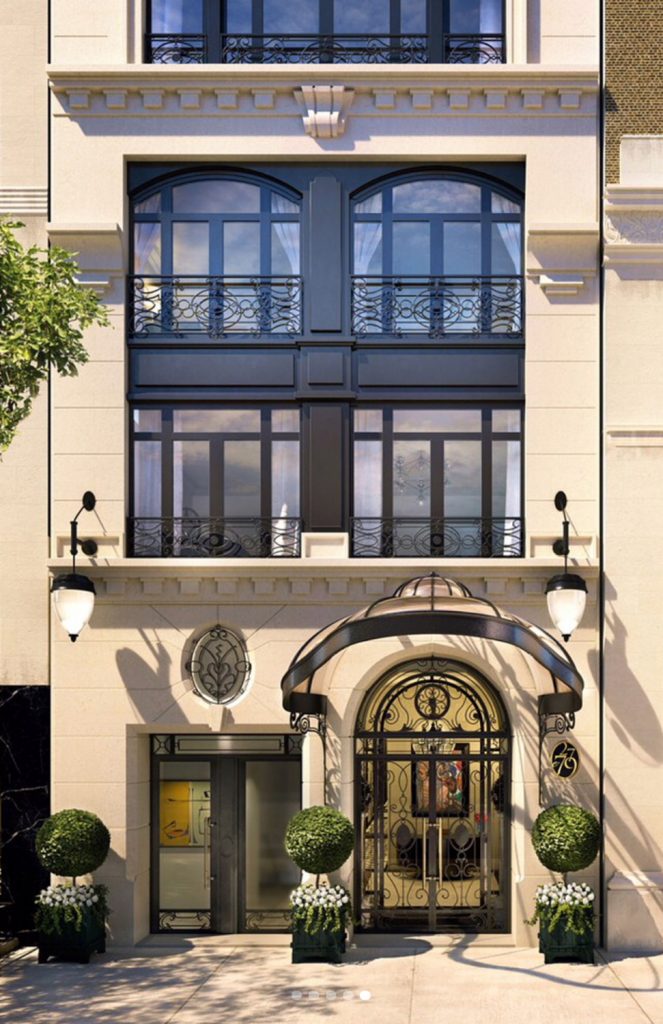 The design for the project is sure to please many, with traditional motifs expertly applied. The lobby’s entrance includes a decorative glass marquee and an art-nouveau door. Iron railing and thick metal beams painted black are consistent themes for the building’s façade, a modern twist to contrast with the stone bricks and ornamental details. 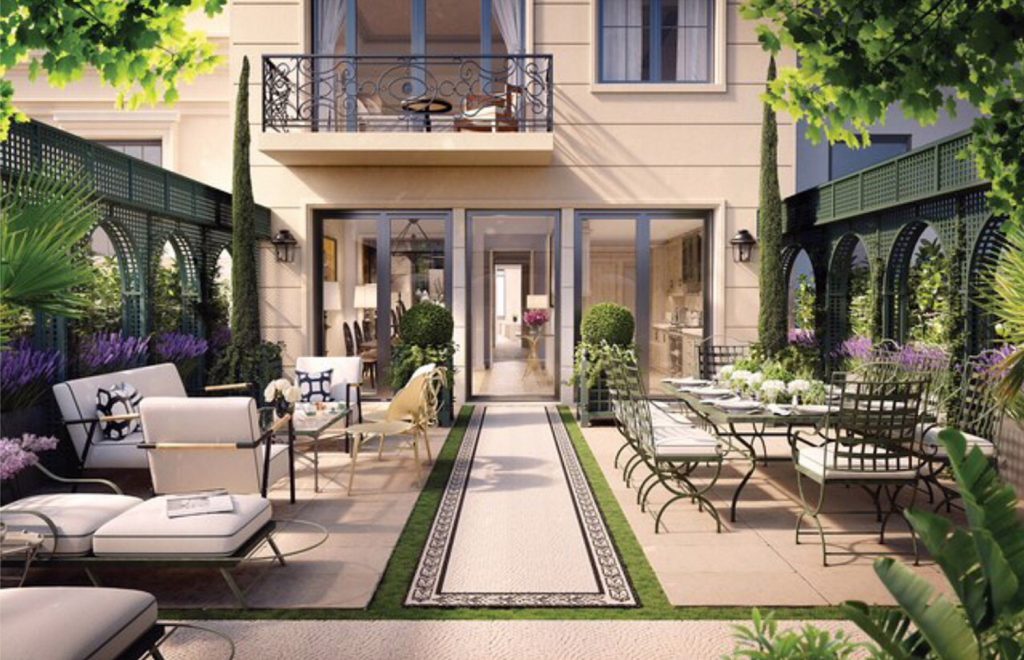 The 232-foot tall structure will create eight enormous condominiums, averaging 2,849 square feet apiece. There will be three single-story apartments, four duplex units, and a triplex occupying the top floors. A maisonette with a garden will be included on site. 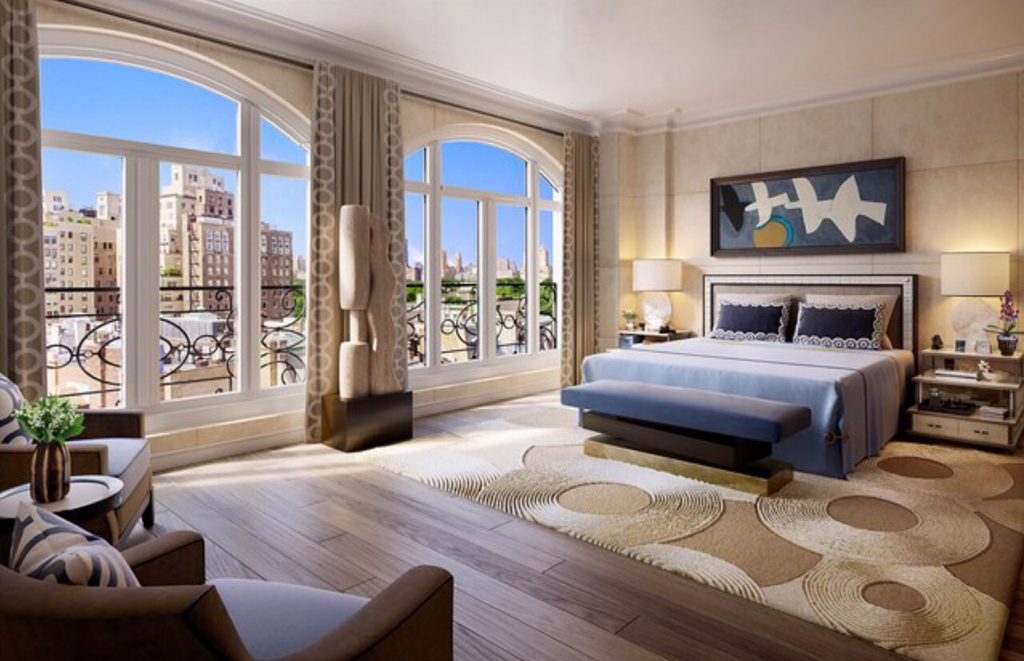 Prices are expected to begin at $5.3 million. A commercial space will be made available on the ground floor, with the rendering depicting an art piece in the door, hinting at the possibility of gallery space.

When YIMBY last reported on the development in mid-2016, we reported that the site had been purchased for $15.7 million in 2015, and then promptly sold again for $28 million to Adellco, who is now responsible for development. 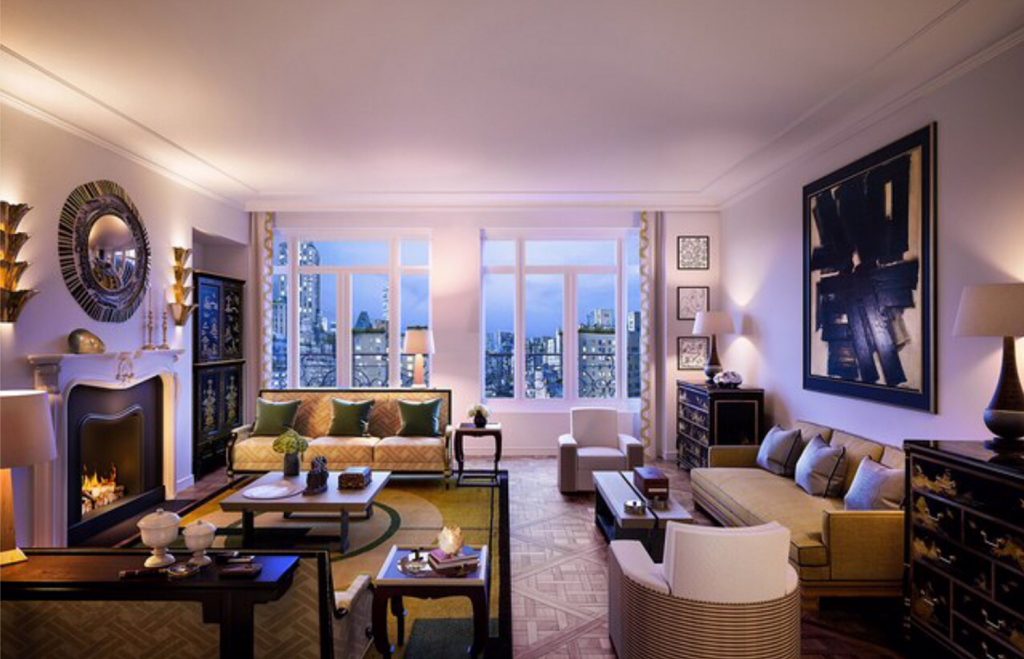 Demolition permits were filed for the site in July 2016. Completion is estimated for Spring of 2019.