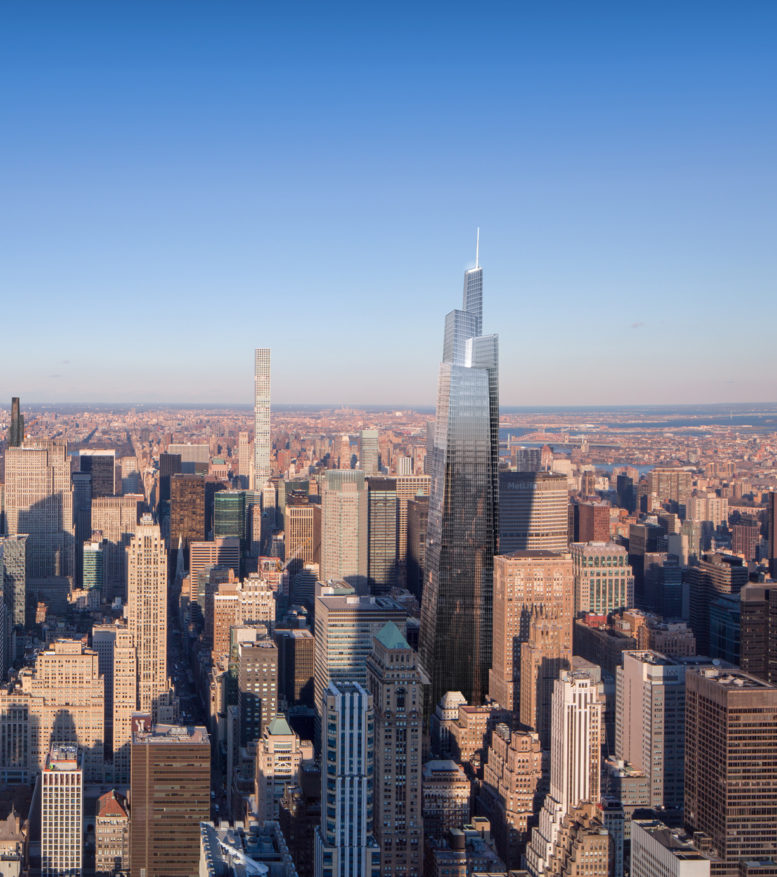 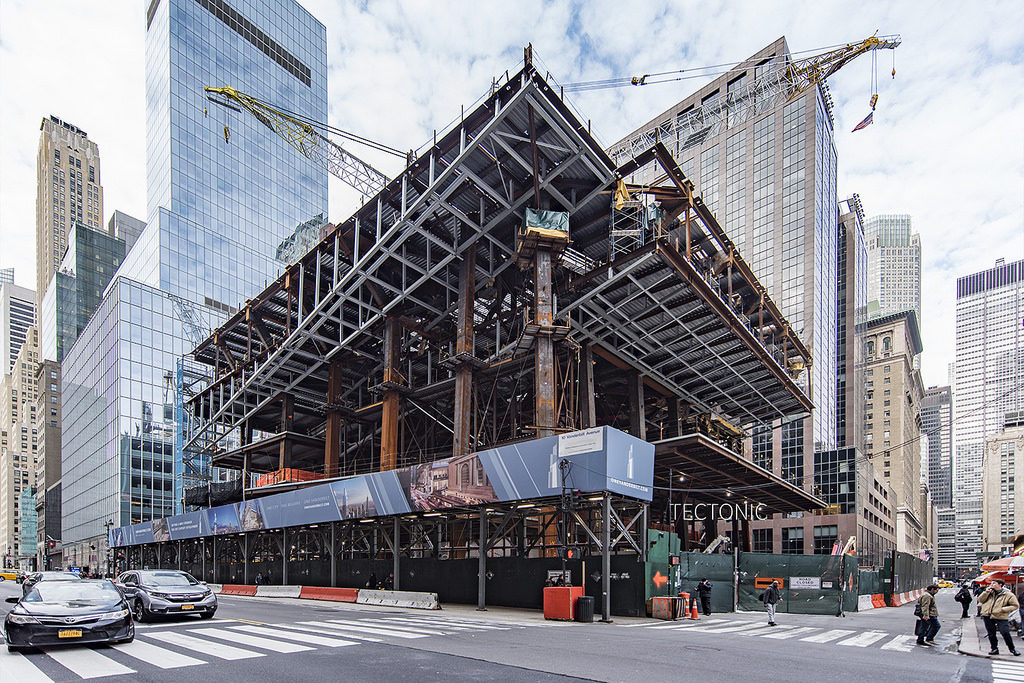 The base of the structure is no simple production. Over several layers, it creates open spaces and an atrium peaking at 105 feet. The tapering of the cantilever, as seen in the images, was designed with the Grand Central terminal in mind, and the larger glass windows allow for viewers inside to see the West side of the station’s façade. 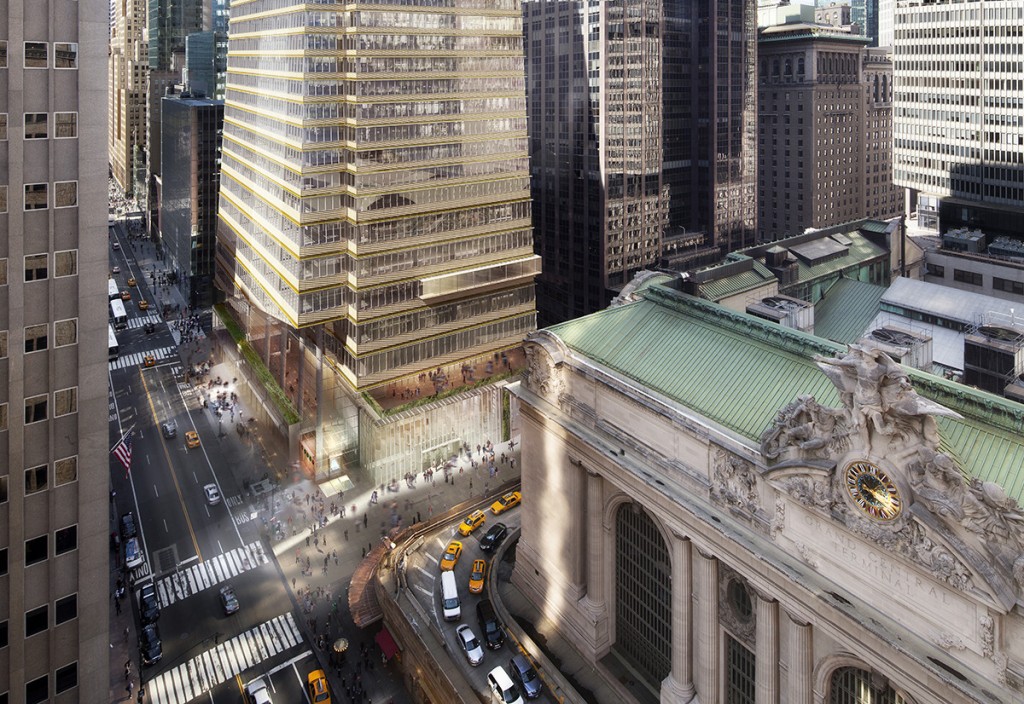 Since this intricate level has now been assembled, floors above will be quicker to finish. It’s not yet a looming spectacle for the bustling foot traffic below, but the exposed steel beams provide a glimpse into the incredible engineering capabilities one may take for granted. 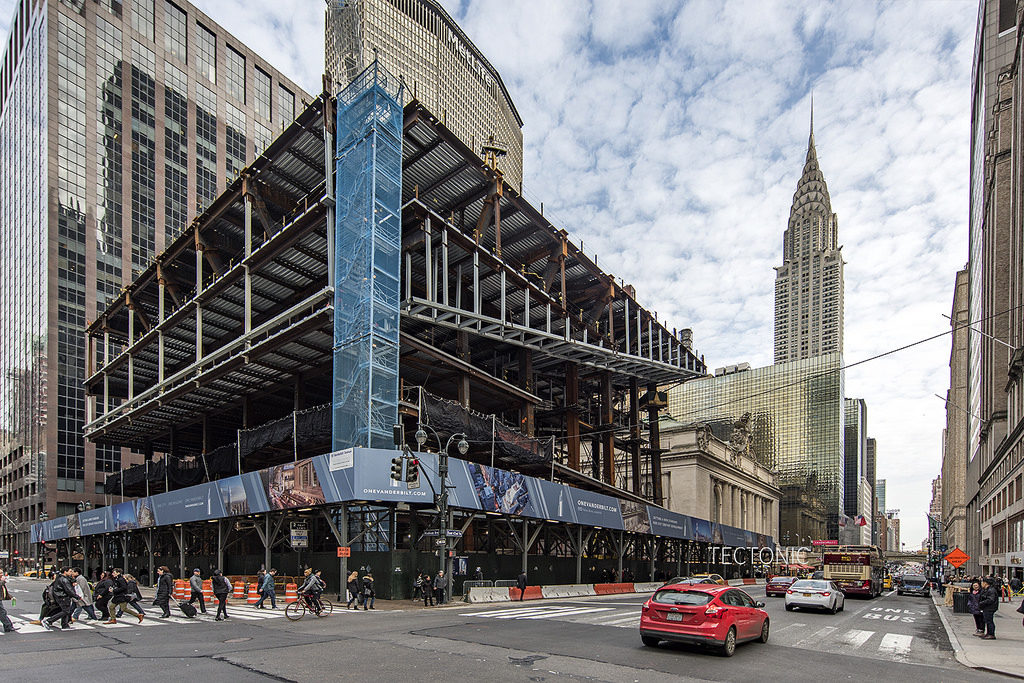 The supertall structure will peak at 1,401 feet, with design by Kohn Pedersen Fox, and development by SL Green.

The project maintains its expected completion date of 2020, 107 years after the opening of Grand Central.

7 Comments on "One Vanderbilt Begins Rising Above Its Retail Podium, Midtown East"