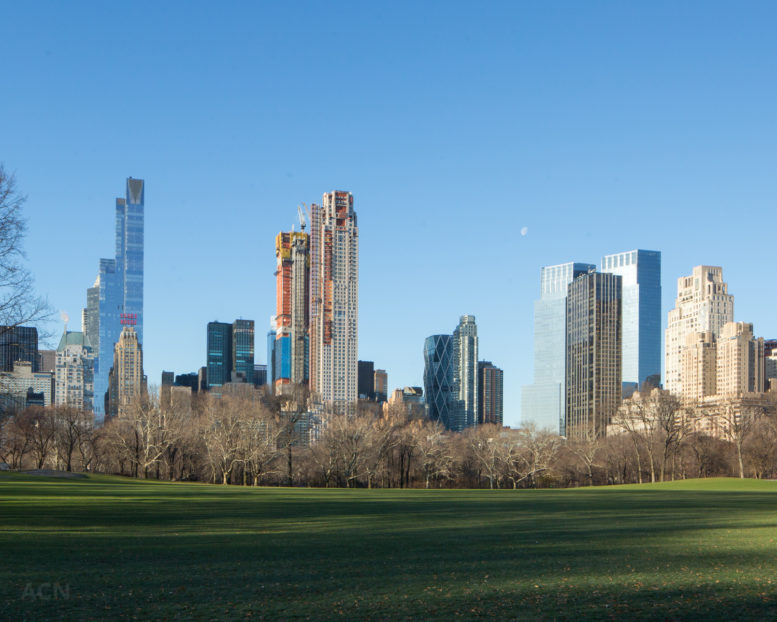 Designed by Robert A.M. Stern Architects, the Alabama Silver Shadow limestone-clad building is nearly complete. Most of the façade has been installed, except for the massive penthouse windows near its peak, and the area around the construction hoist. 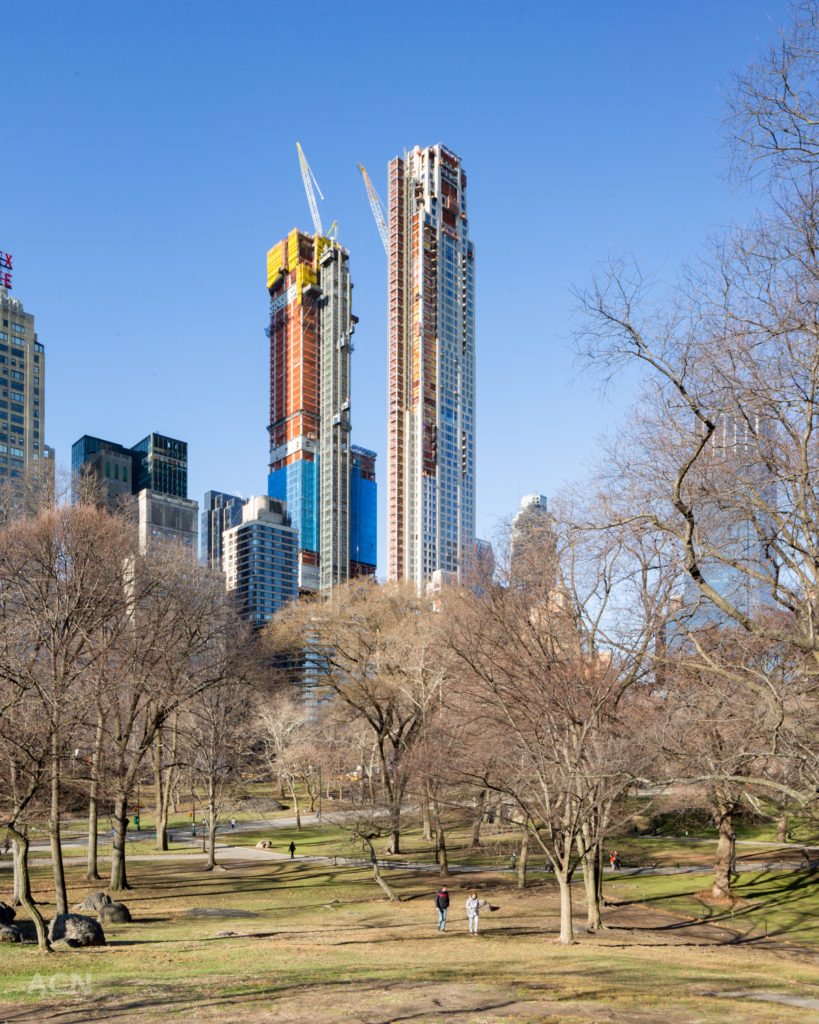 The building’s 950 feet comprises 70 floors in all, and will yield 116 condominiums within. The tower has made quite a splash on the market, with reports of a three-floor unit being eyed for $200 million. 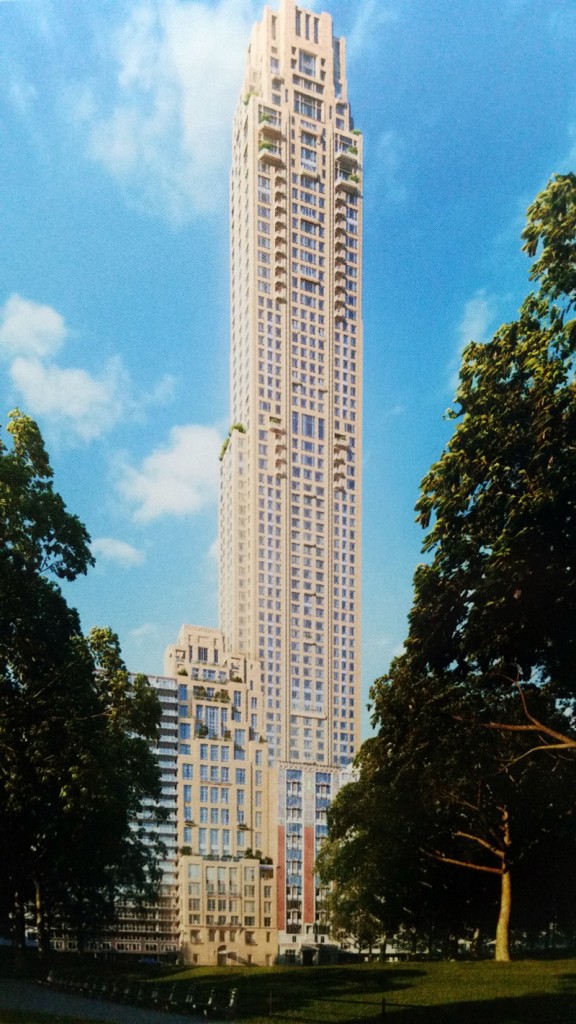 220 Central Park South with the Villa seen below, image by Vornado Realty Trust

The building also has an extension onto Central Park South itself. ‘The Villas’ is a 14-story annex, consisting of 13 enormous units expected to sell for extraordinary amounts. One $80 million duplex has hit the market. It will yield 8,000 square feet with six bedrooms, seven bathrooms, and an incredible 2,000 square feet of outdoor space. 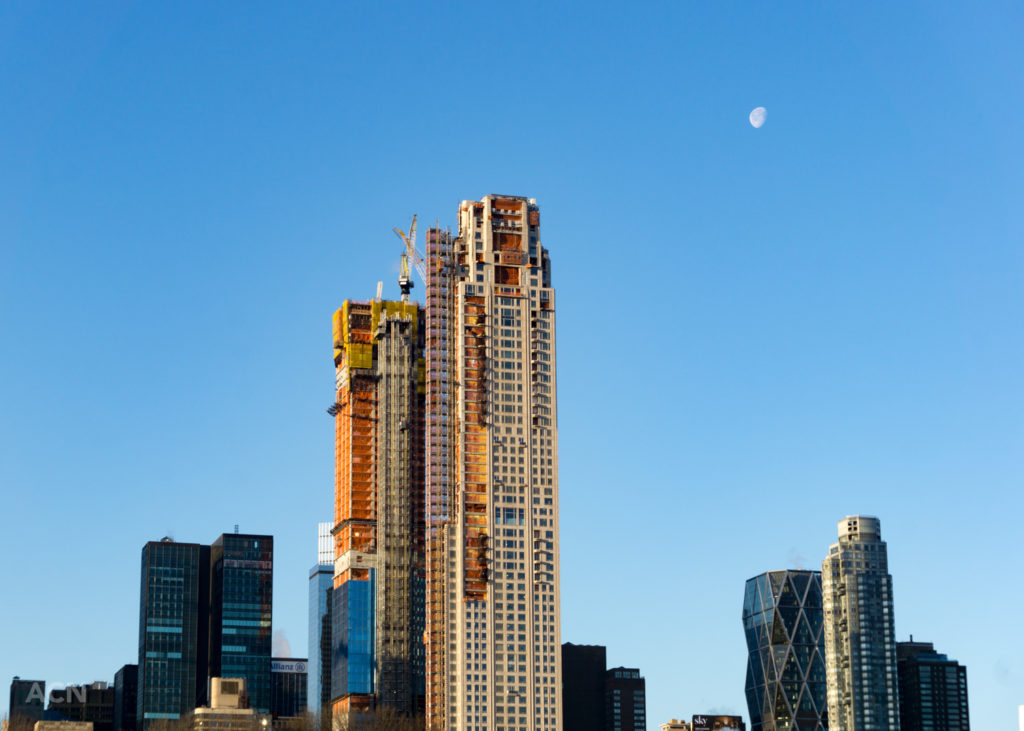 Vornado Realty Trust is responsible for the development, with SLCE Architects listed as the architect of record. Completion is expected later this year.