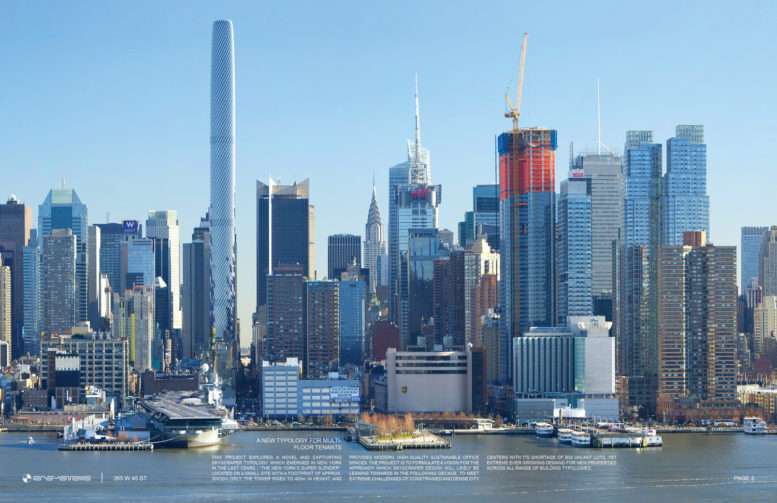 The experimental minds of RB Systems have published a new concept for a plot of vacant land at 265 West 45th Street, in Midtown West, and today YIMBY has a first look at their sky-high renderings. As Manhattan begins to embrace taller and slimmer supertall towers that meet the intense demand of the residential market, the proposal explores how office space could take advantage of the same emerging typology. 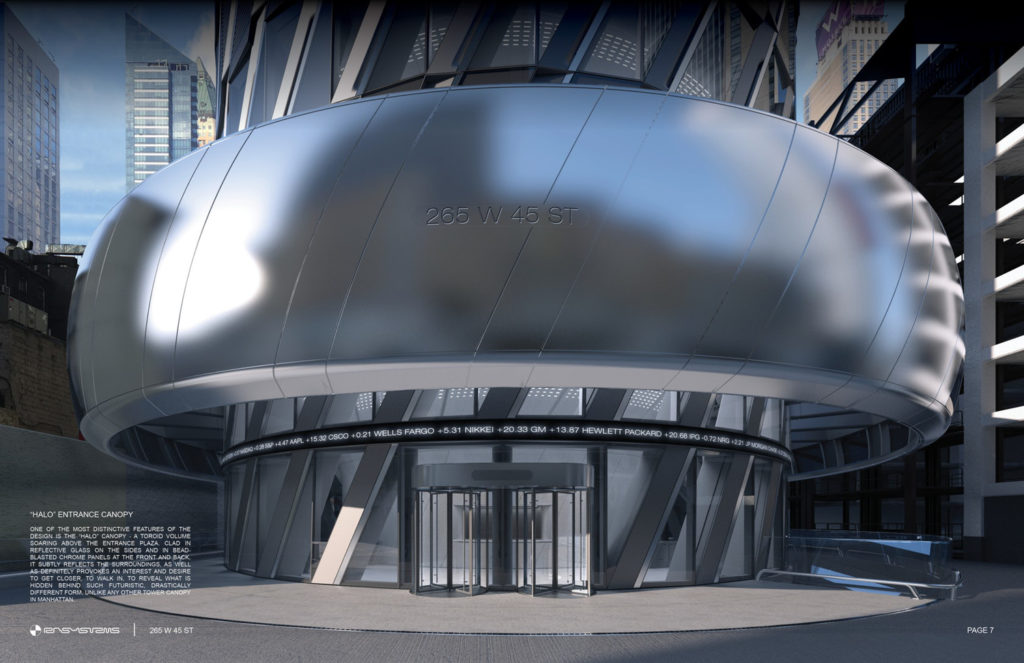 The concept is a 1,312 feet tall office building, with a multi-ton tuned mass damper controlled by software to counteract high-velocity winds. A halo-esque entrance canopy would be a distinctive addition to the base of the tower, with the appearance of a hovering reflective chrome ring. The entrance lobby and observation deck are both designed with a similar ethos. Their futuristic multi-story envelope mimic the likes of the Financial District’s oculus, designed by Santiago Calatrava. 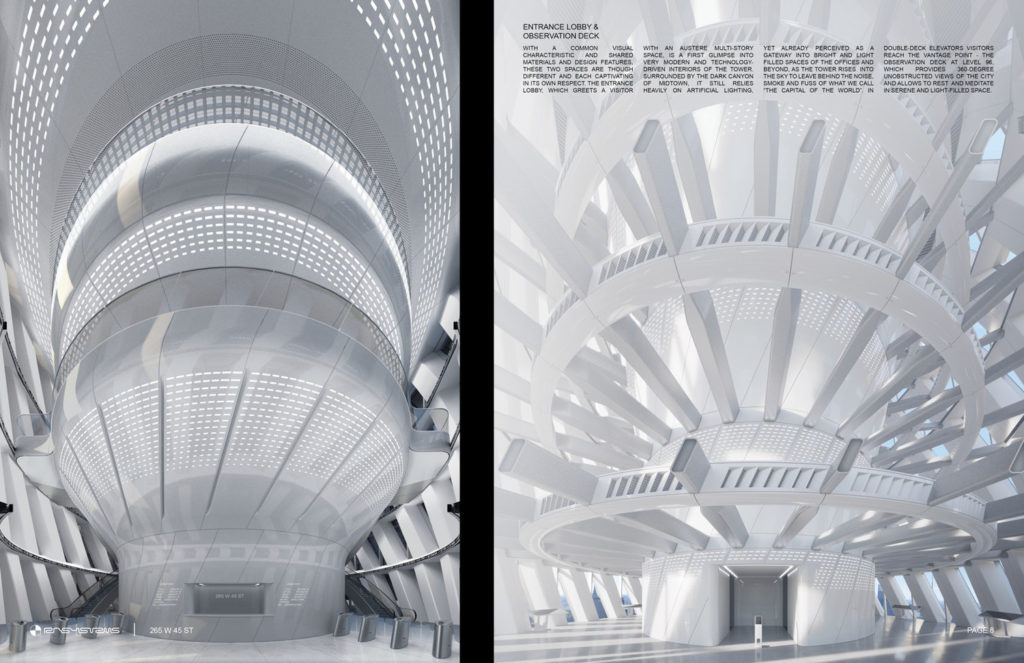 The designs of the offices are pre-determined, to make up for any space limitation. Transformable furniture opens up the opportunity for multi-use facilities. Desks would be mounted from the ceiling, allowing for quick reconfiguration of space.

Employees working in the building would have access to sky lobbies on the 8th, 28th, 49th, 71st, and 81st floor. Executive offices would occupy floors 81-93, and at the top, an observation deck will crown the tower, on its 96th floor. Parking would be included below ground. 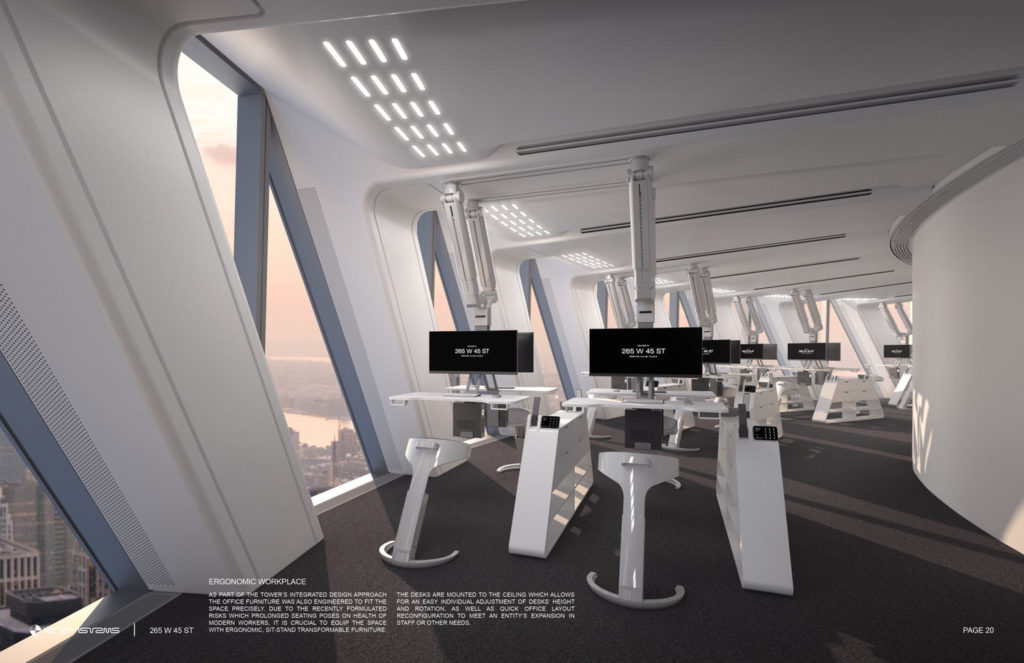 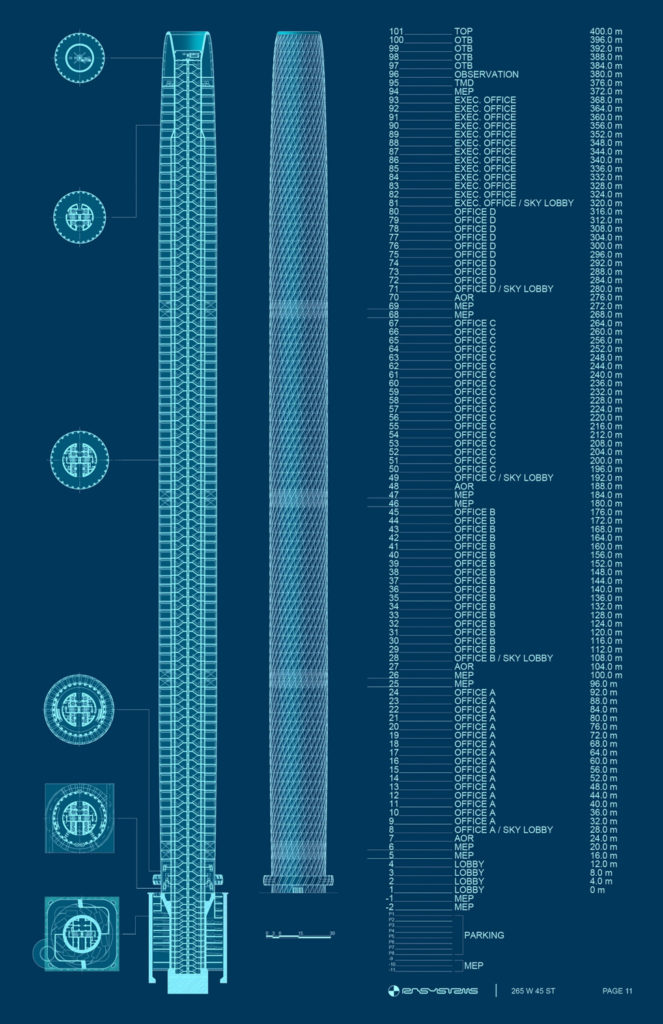 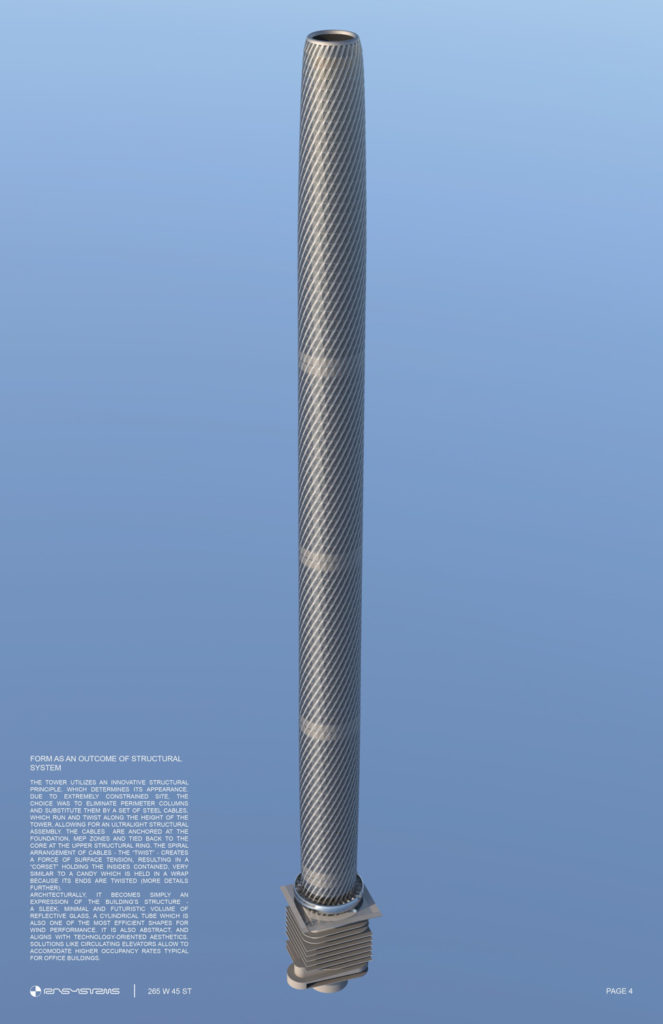 The building also resembles a 1956 proposal by famed architect I.M. Pei. The Hyperboloid, which would have been a 108-story, hourglass-shaped tower surpassing the Empire State Building in height. Had it been built, it could have radically altered design in the modern age, and the look of Midtown, since it would have meant the demolition of the priceless Grand Central Terminal. 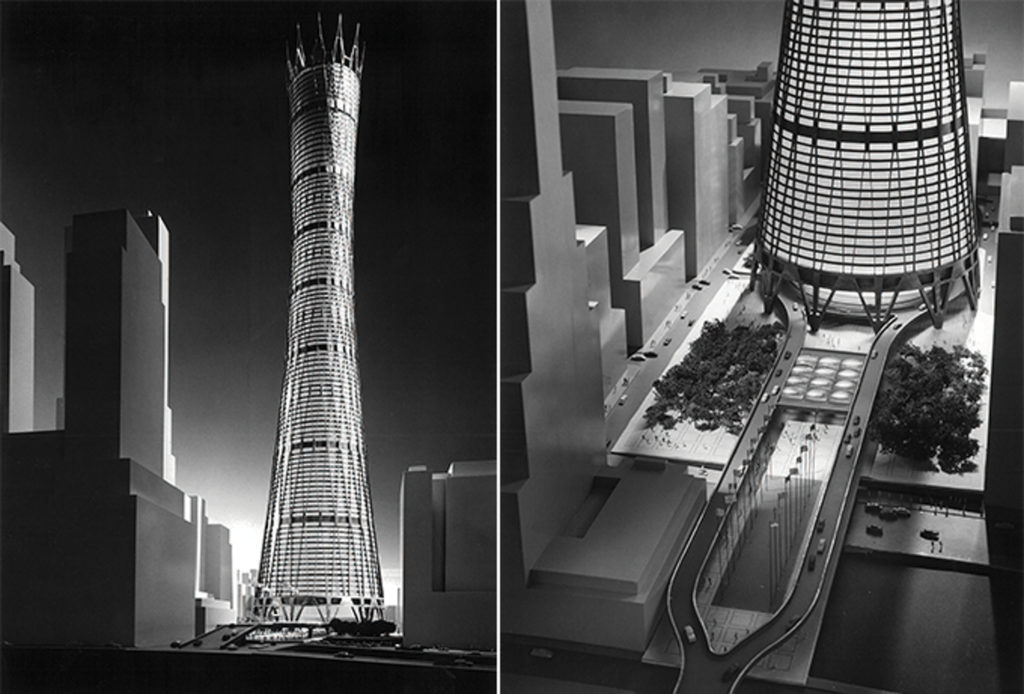 The concept for West 45th Street serves as a reminder of the precedent set this decade for new development in the city. RB Systems describes their inspiration “to meet extreme challenges of constrained and dense city centers, with their shortage of big vacant lots, yet ever-growing demand for new properties.”

High-rise towers have always been a reality, but technological advances are now allowing increasingly sky-high proposals like this one, whose scale and height would have once been restricted to the imagination. 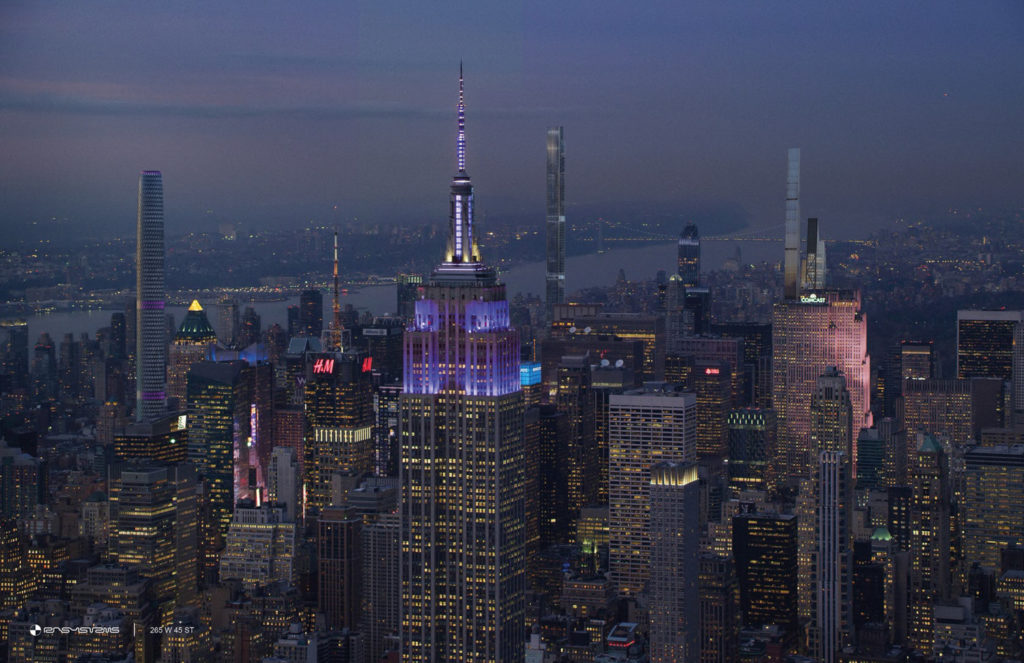 This tower will likely never be developed, but it is an experiment which may prove useful in furthering how we imagine skinny supertalls, and what could rise from a seemingly insignificant plot land. And while rising heights for office towers have been accompanied by increasingly gargantuan floorplates, continual technological progress may eventually yield to the same trends that have already begun to predominate high-end residential skyscraper construction across the Five Boroughs.