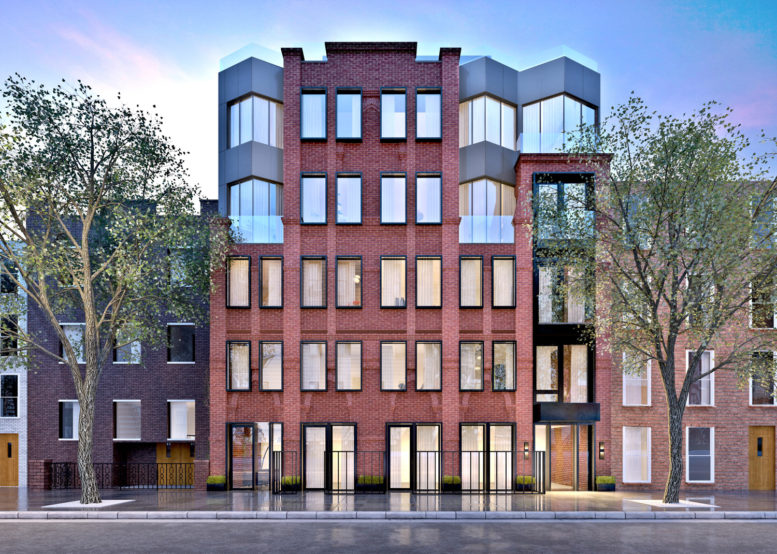 New renderings are out for the conversion and expansion of the old church at 120 Java Street, in Greenpoint, Brooklyn, and YIMBY has the exclusive close-ups. The project is located just three blocks away from the Greenpoint Avenue subway station, serviced by the G trains. The existing structure had functioned as the parish hall for a nearby Episcopal church, Church of the Ascension. Developer Chris Horrigan, of Horrigan Companies, purchased the site in July of 2015 for $4,050,000, along with air rights from the church’s place of worship at 127 Kent Street. The building had been used as a relief spot during Hurricane Sandy. The project has since passed hands, and now SL Development is leading its dramatic transformation and residential rebirth. 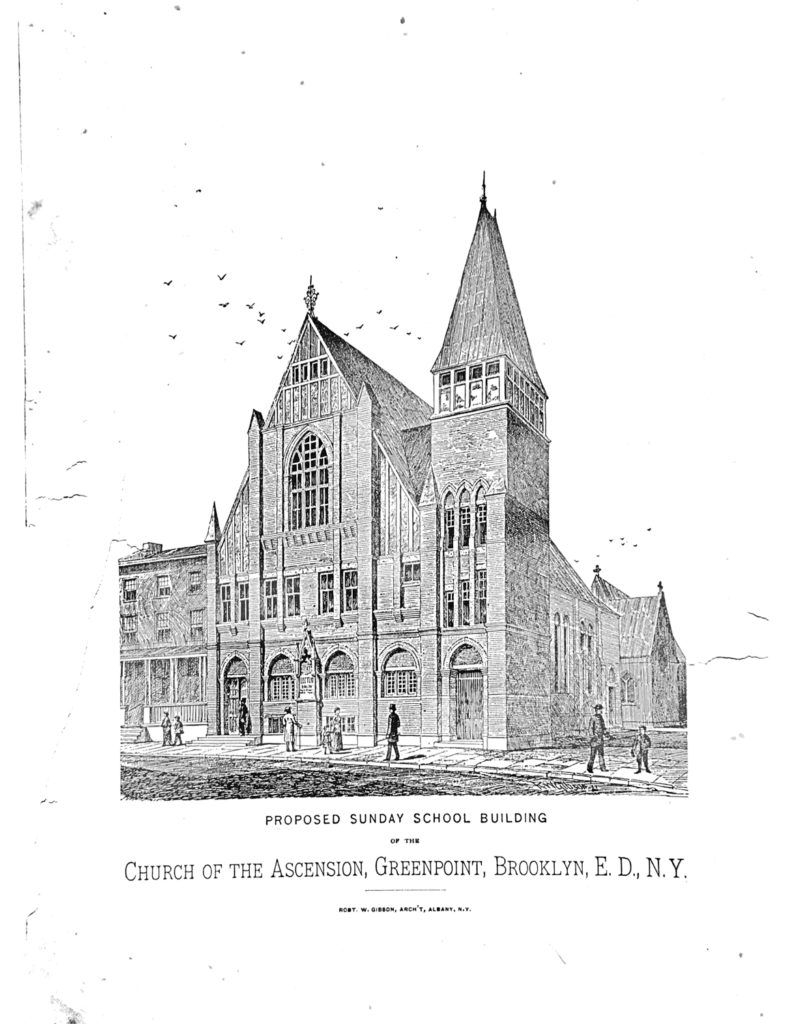 The design shows a greater intent for adaptive reuse of the historic structure, especially when compared with the older building. The four brick columns will remain, as well as the remnants of the arched brick near the top of the facade. The inspiration for the window’s placement came from a hotel conversion located in Amsterdam. The deliberate fenestration allows for minimal demolition of the façade.

“Rawlings Architects wanted to do punched windows similar to an Amsterdam hotel conversion.  The punched windows fit the floor plates without demolishing the facade, and they felt Brooklyn cool.” 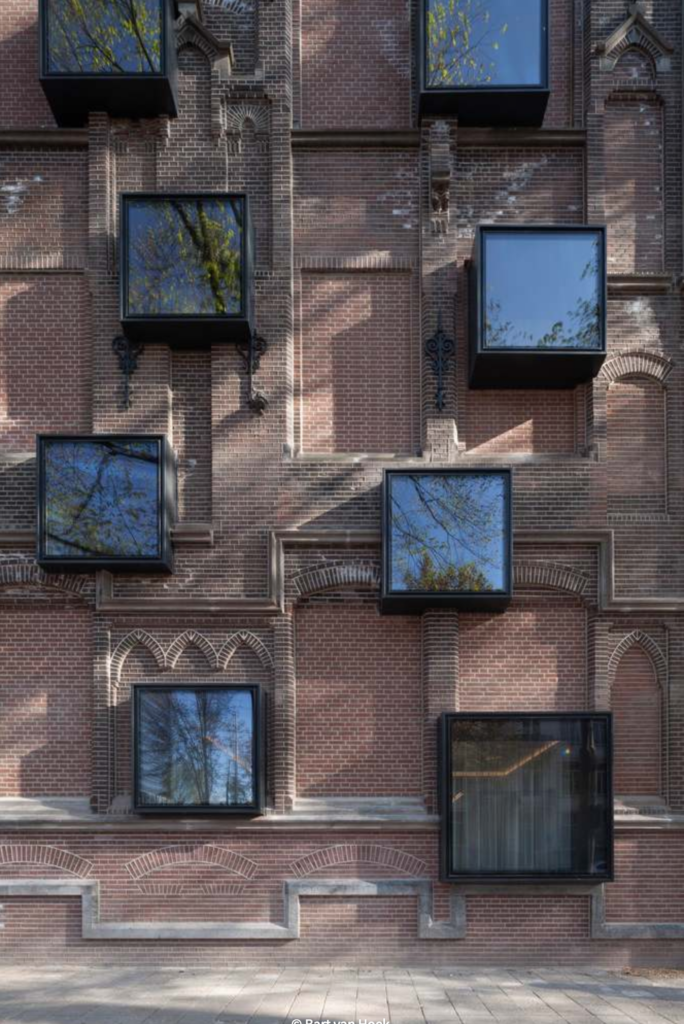 Views from the roof will give future tenants comprehensive vistas of the city’s skyline. 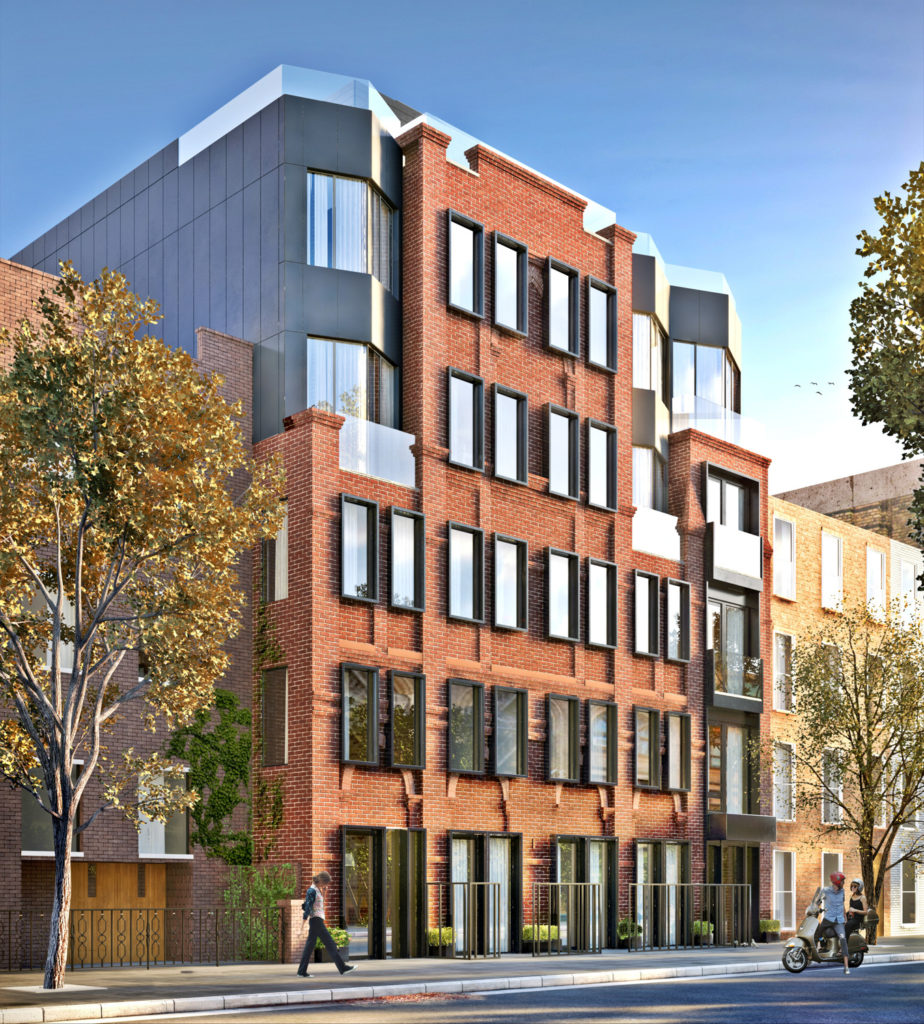 Rawlings Architects is responsible for the design. Construction is currently underway inside the building. The estimated completion date has not been announced but 2019 would be a reasonable estimate.