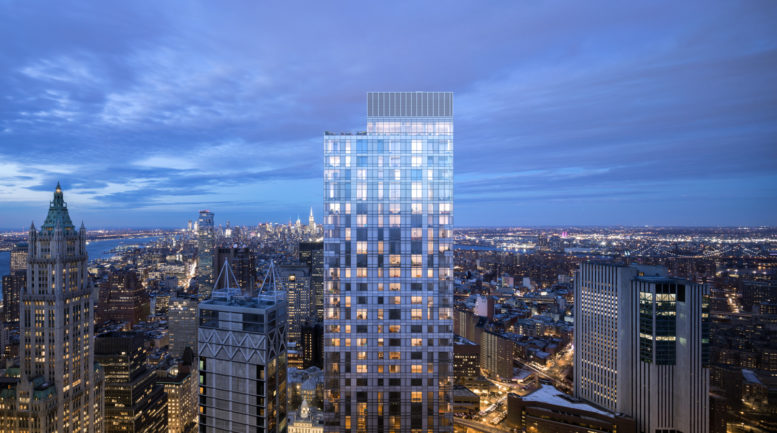 19 Dutch, rendering by IF Studio

The brand new hero rendering highlights one of the most exciting aspects of the building, with clear views from the rooftop of Manhattan’s Midtown skyline, as well as the downtown area and the Brooklyn Bridge. 19 Dutch is located north of the predominant cluster of high-rise buildings in the neighborhood, allowing most residential units to have unobstructed views from their floor-to-ceiling windows.

The 770-foot tall structure yields nearly 600,000 square feet within, including 8,100 square feet of retail positioned in the cellar, first, and second floors. 483 rental units will be created, with access to an attended lobby, fitness center, lounge, children’s playroom, and a rooftop lounge as depicted in the new rendering.

GKV is responsible for designing the exterior, with SLCE Architects listed as the Architect of Record. 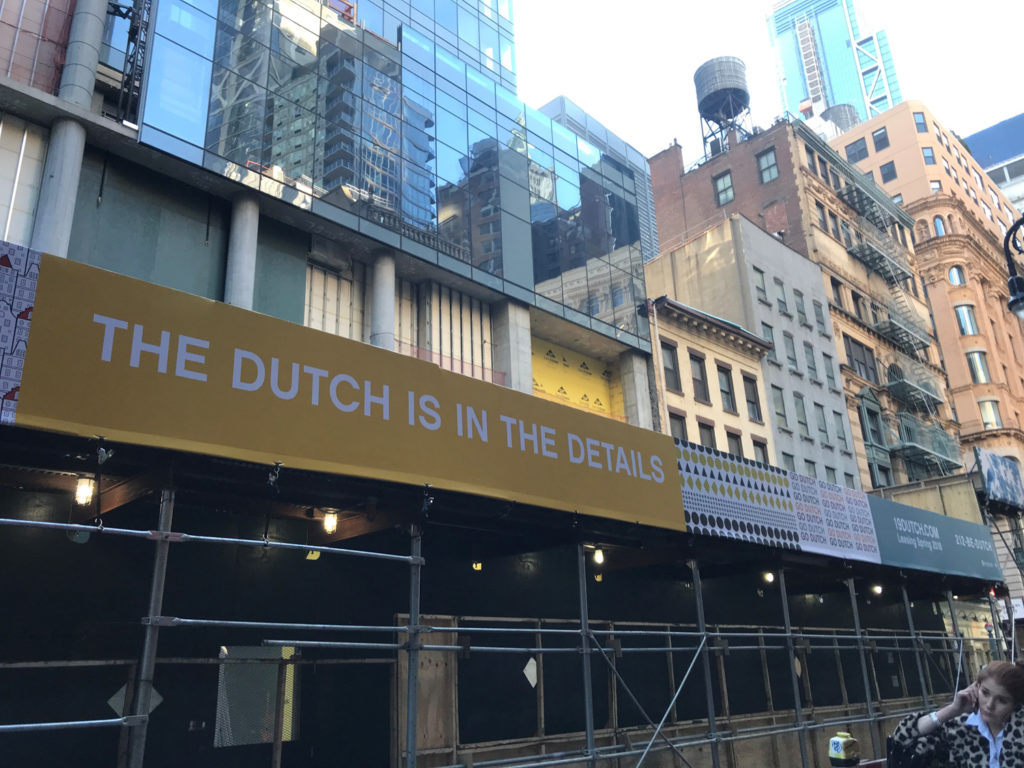 The building’s first two floors have yet to see the facade’s installation, with concrete still visible. The base has seen new signage displayed, harkening back to this city’s history as a former Dutch settlement, before British rule.

Carmel Partners is responsible for the development.

Leasing is expected to launch later this spring, with pricing not yet announced, and it is being handled by Douglas Elliman Development Marketing.