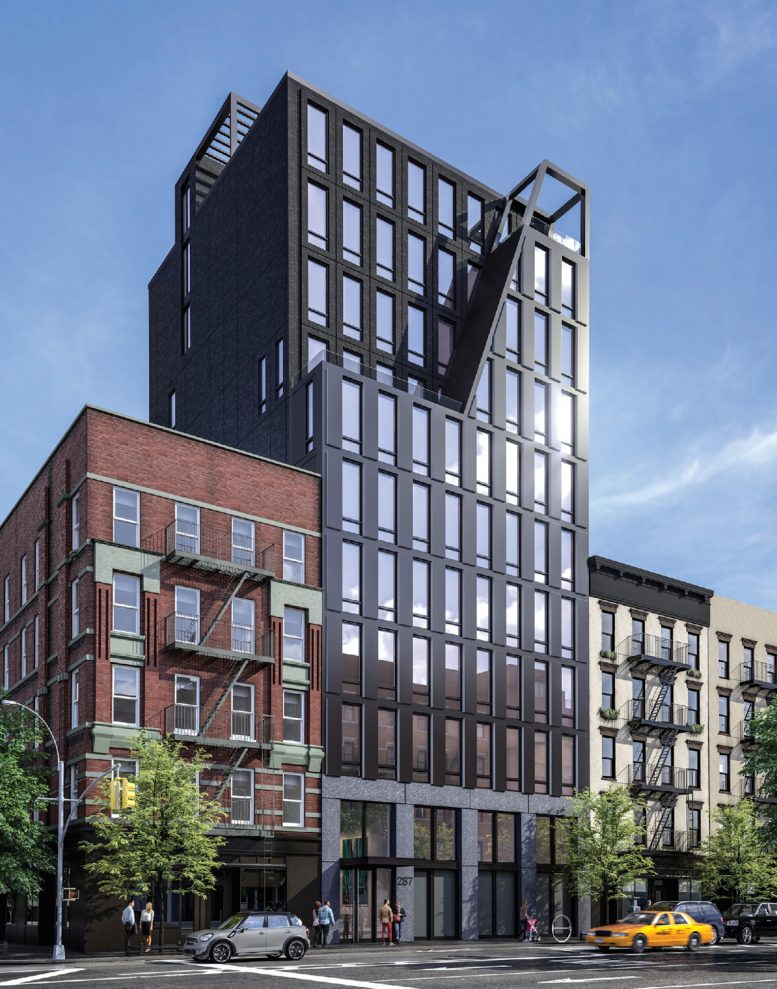 Progress is moving along at 287 East Houston Street, with the façade now fully installed, the building topped out, and interior work underway. The 11-story building, named 287/LES, is right on the border of the Lower East Side and the East Village, and just five blocks from the Essex Street subway station, providing quick access to the F, J, M, and Z trains. Vinci Partners and Hogg Holdings are developing the project. 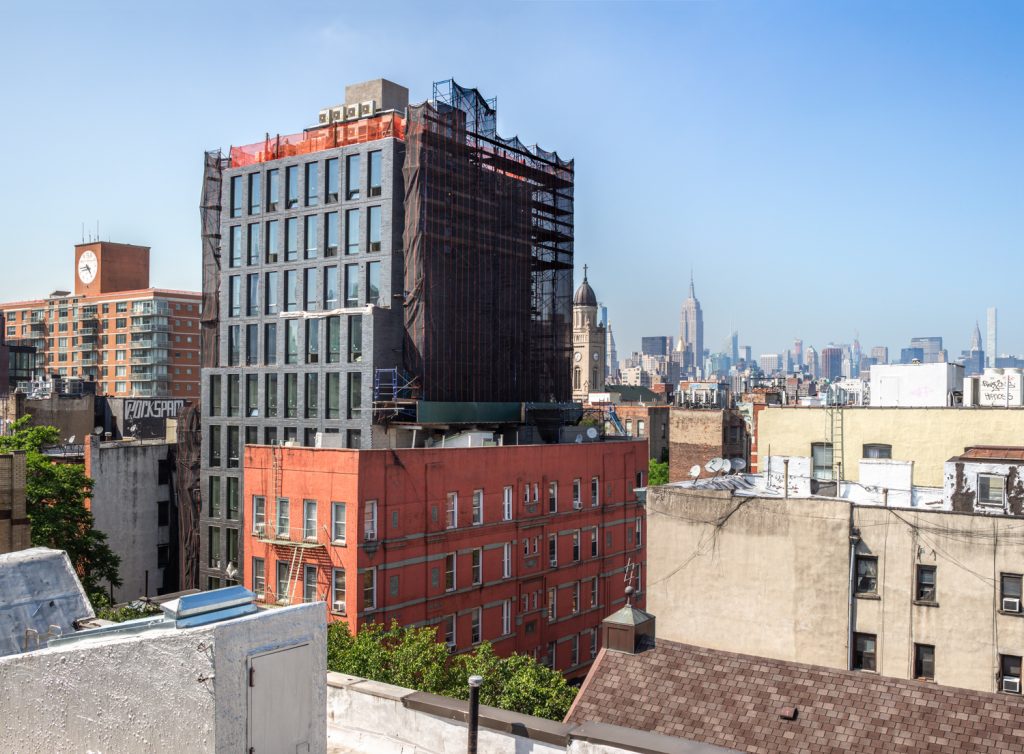 The Hogg company’s founder, Andres Hogg, said of 287/LES, “We’ve made great construction progress and are pleased to be on course for an anticipated occupancy by this fall. With effective collaboration, our team was able to deliver sophisticated Italian-inspired design and quality construction for this premier luxury condominium.” 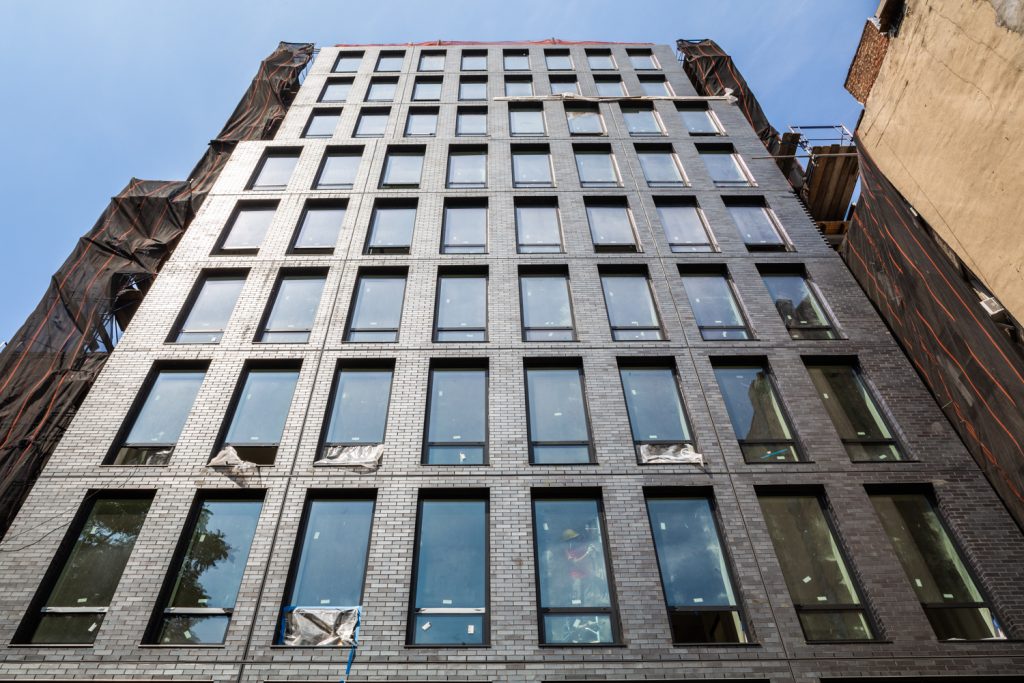 AA Studio is responsible for the design, with Jeffrey Cole Architects acting as the architect of record. The slick façade is clad with blackened steel, black bricks, and floor-to-ceiling windows. 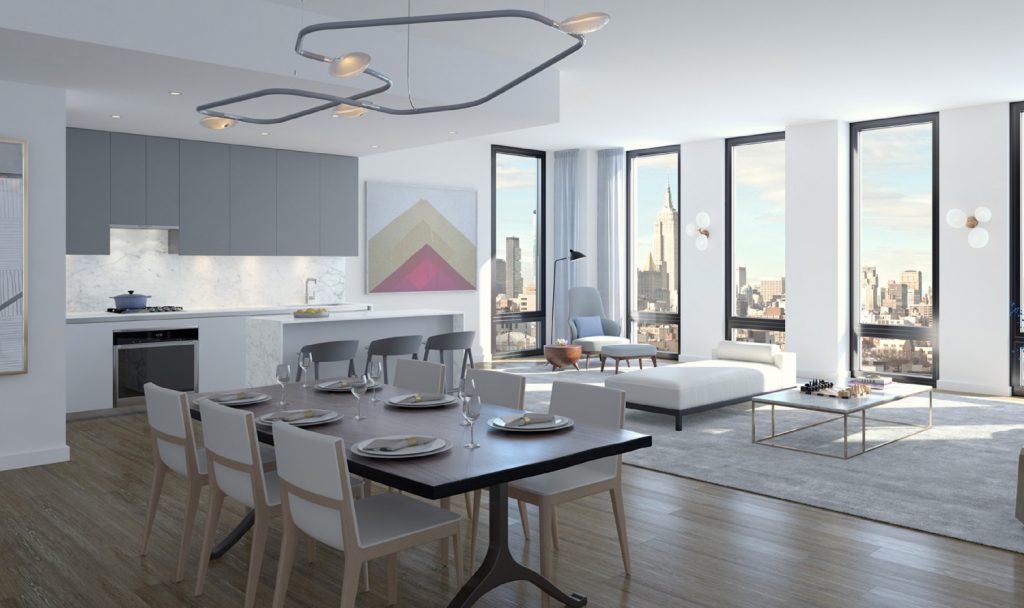 27 residencies will be included, each equipped with in-unit washers and dryers, and heated flooring in the master baths. The building will have a part-time doorman, fitness center, full-time superintendent, bicycle storage, and a landscaped rooftop terrace crowning the site. 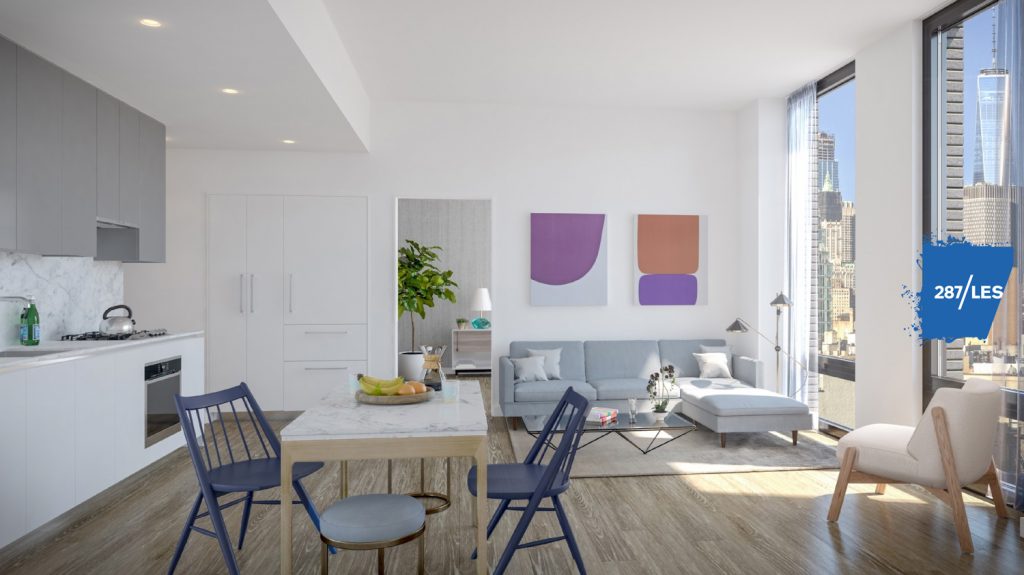 287 East Houston Street with view of 1WTC, rendering via the teaser website 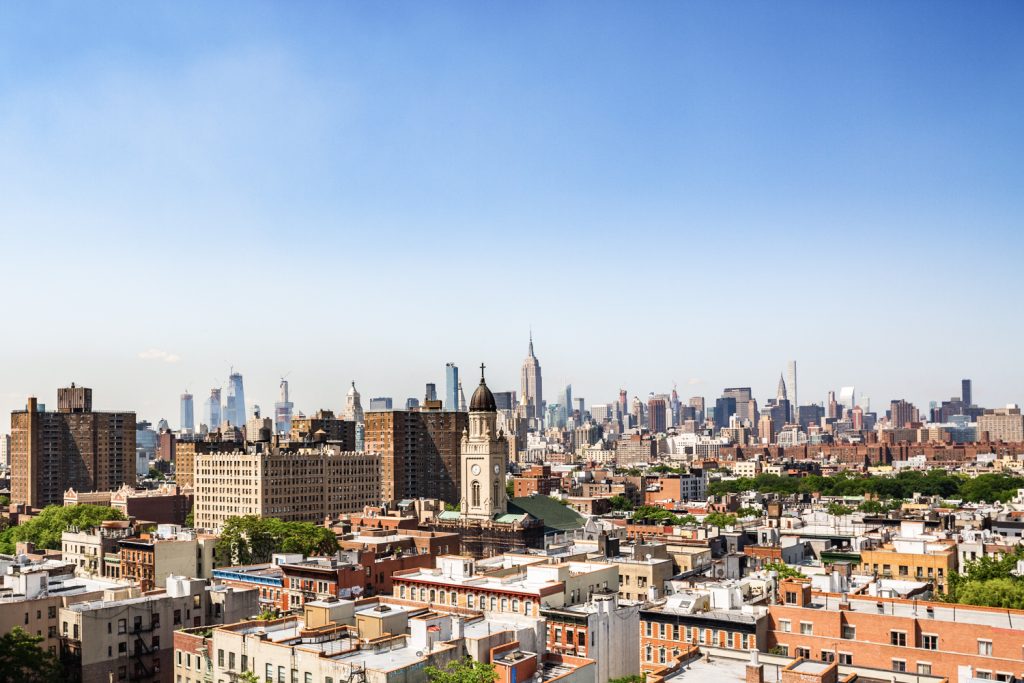 The project is incredibly close to completion, with kitchens already coming in. As mentioned by Andres Hogg, move-ins are expected this fall.