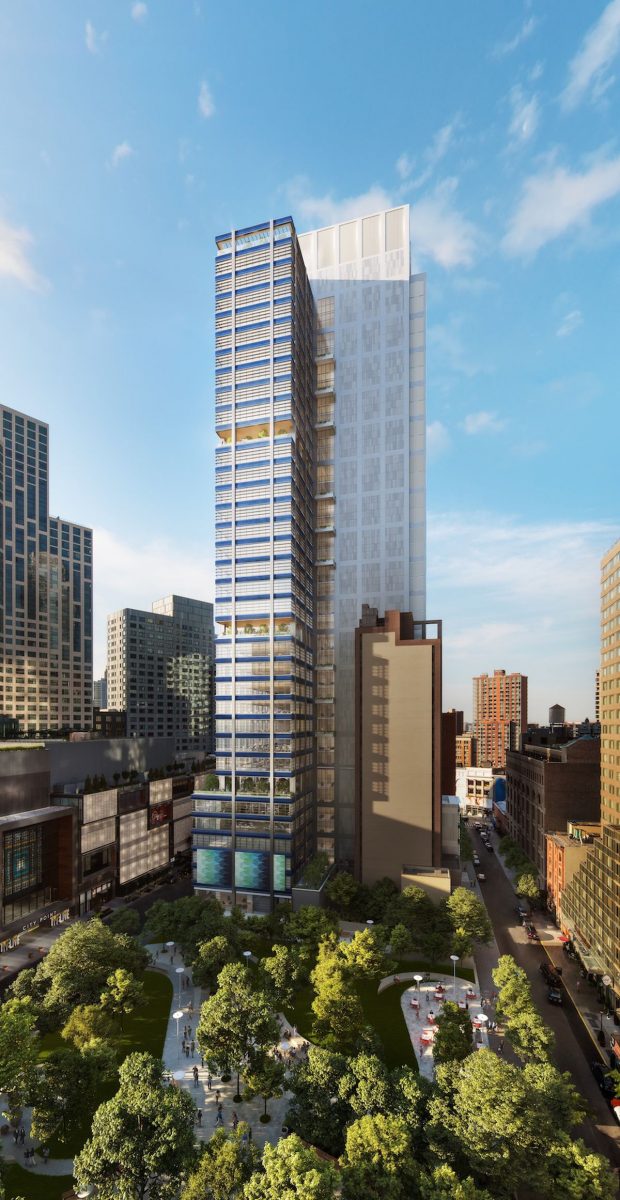 One Willoughby Square designed by FXCollaborative, render by DBOX

In the heart of downtown Brooklyn, just off of Flatbush Avenue and adjacent to the City Point complex, One Willoughby Square, also known as 1WSQ or 420 Albee Square, is now on track to become the tallest Class A office tower in Brooklyn. A $235 million construction loan has now been approved and secured from Otera Capital, a Canadian real estate lending company. JEMB is the developer of the upcoming office project.

The 34-story, 495-foot-tall, 500,000 square foot complex broke ground this past February, and has already secured a 40,000 square foot lease from FXFOWLE, recently renamed as FXCollaborative. In charge of the design, they will also be the main anchor, and will take up the first office floors which come with a 3,000 square foot terrace.

JEMB is continuing to seek other potential tenants for the skyscraper. The first six floors of the tower will be home to an 87,000 square foot school, capable of holding 300 attendees. 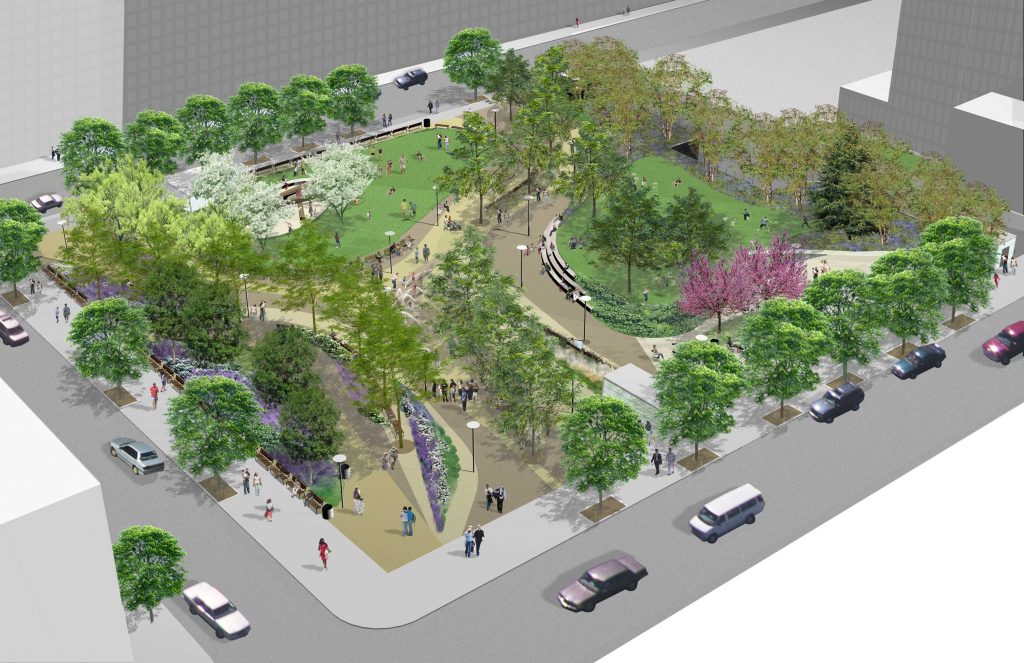 The 18,000 square foot site is located at the center of a parcel of land bound by Willoughby Street, Fulton Street, Albee Square W, and Duffield Street. Because of an existing hotel and apartment tower already built around its perimeter, One Willoughby Square will have an irregular T-shaped floor plan. In front of the main lobby will be a new landscaped park, named Willoughby Square Park, designed by Hargreaves Associates. It will sit above an underground parking structure on the northern end of the site. 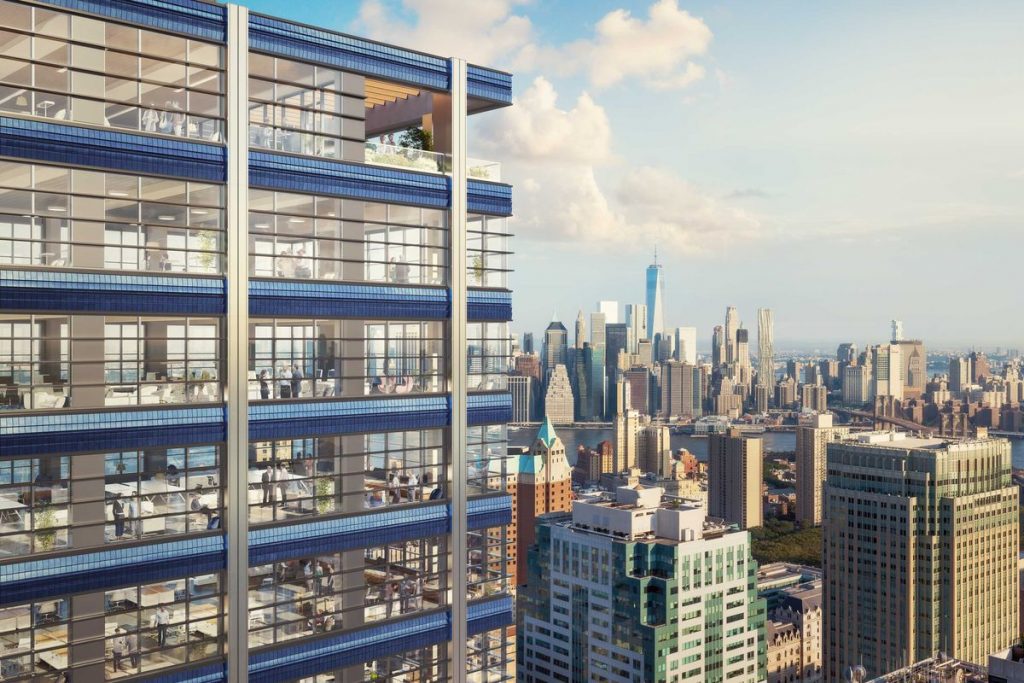 One Willoughby Square designed by FXCollaborative, render by DBOX

The interior work space will feature spacious, unobstructed and column-free floor plans with outdoor balconies on every other floor. Three dedicated office floors will include 18-foot high ceilings and their own landscaped loggias. One of these levels are located at the top of the building’s six-story podium where FXCollaborative will be moving to, while the remaining two sections are found every third of the way up to the roof of the tower, creating a visual and architectural impression of three volumetric boxes stacked on top of each other.

The facade consists of square-shaped dark blue colored tiles, separating the industrial-style glass facade between each floor, while vertical ribbons of reflective panels highlight the rigid structure of the building.

The project is set to be completed in the first quarter of 2021.