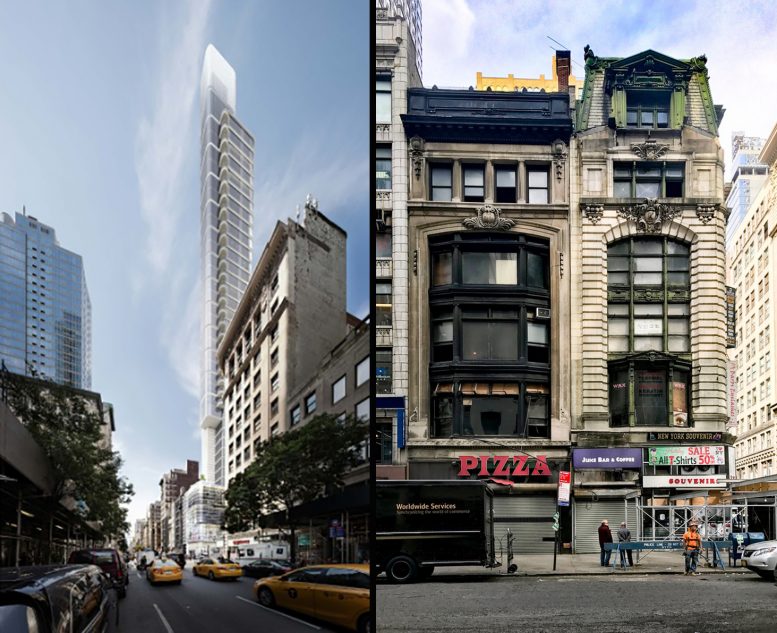 316 5th Avenue at left by KPF. Former extant structures at right by Tectonic

Permits for the project were filed back in July of 2017 and show a 39-story building with a predominantly residential makeup of 27 full-floor or larger condominiums. That component will total 52,340 square feet, while a commercial-retail base will have 6,809 square feet on the first two floors.

The base will be topped by an amenity space with terraces for the residential portion of the project, with mechanical levels interspersed up above until the full-floor units begin on the 8th story. Two duplex penthouses will occupy the 33rd through 36th floors, while the uppermost levels will hold additional mechanical functions.

While the filings with the Department of Buildings indicate a top-floor height of 539 feet, the first rendering for the design by Kohn Pedersen Fox seemingly shows some architectural flourish at the parapet, which could yield a final pinnacle between 550 and 600 feet above street level.

Ten years ago, that would have made 316 Fifth Avenue relatively prominent. Today, the blocks to the south have been increasingly built-up, and buildings like 277 Fifth Avenue and 30 East 31st Street are now nearing completion while other projects like 29 East 30th Street, 30 East 31st Street, and 10 West 29th Street are also underway, each of which is of a comparable or larger scope than the Kohn Pedersen Fox design.

While the aforementioned buildings are on the edge of NoMad, 316 Fifth Avenue is actually technically in Koreatown, a micro-neighborhood where new development is exceedingly uncommon, especially of this scope. With full-floor units beginning on the eighth level, the plans seem to account for the vibrant retail scene below, and 32nd Street between Fifth and Sixth Avenues is easily one of the most visibly healthy arteries in all of Manhattan.

That is likely both a positive and a negative for the project, with vibrancy a deterrence to some and a draw for others. In the case of 316 Fifth Avenue, severe supply restrictions within the geographic bounds of Koreatown could more than mitigate any downsides of vibrancy when it comes to pricing, especially with the design seemingly accounting for noise and street activity. 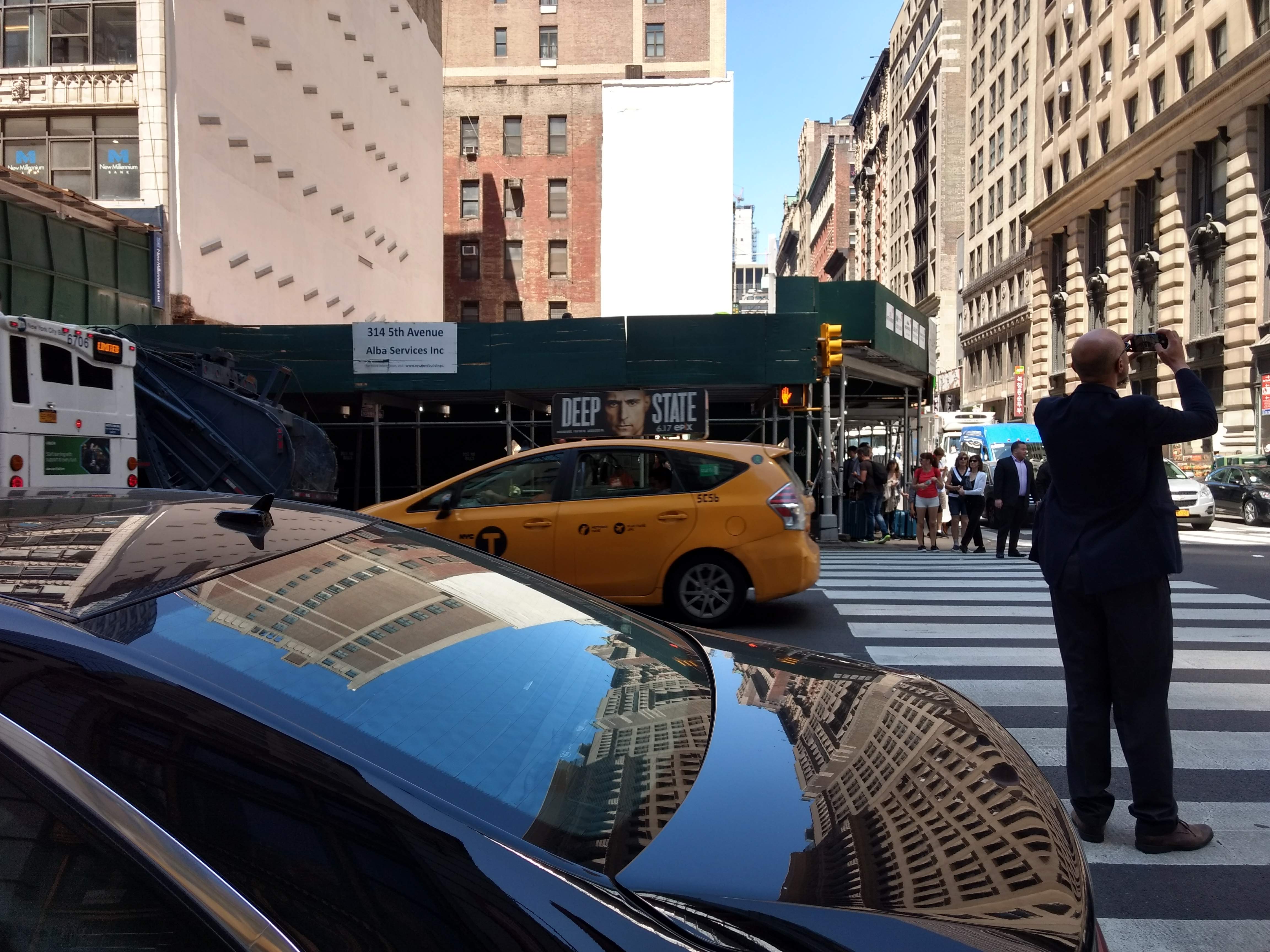 Demolition of the site’s former occupants has now wrapped, with advocates of preservation failing in efforts to red-tape the previously extant structures, now reduced to rubble. No completion date for the tower has been announced but the plan exam was denied by the DOB last week, so things will have to be re-filed before work can begin in earnest.