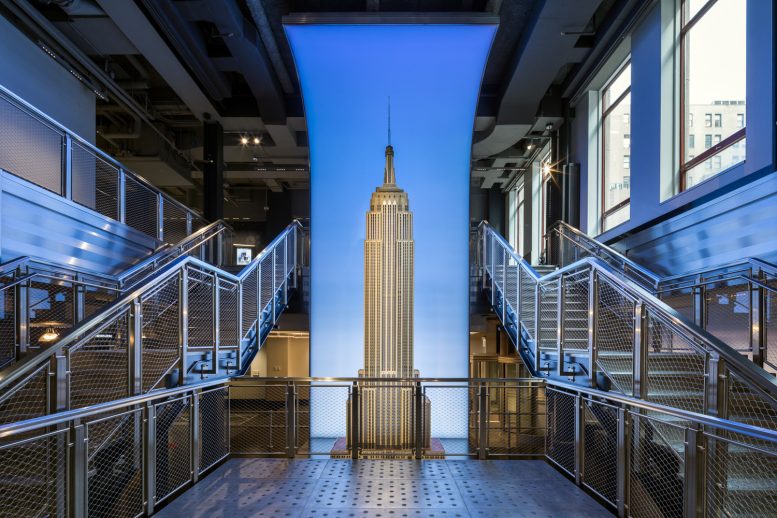 Model of the two-story Empire State Building and the grand staircase, image by Evan Joseph

Last year, 4.2 million people visited the Empire State Building’s observation deck through their Fifth Avenue lobby. What the visitors may not have realized is that office employees were using the same entrance. Thankfully, workers will no longer have to wade through crowds of wayward tourists every day. A new entrance officially opened yesterday for the famous Midtown supertall, designed to accommodate the large number of visitors and create a more engaging experience. 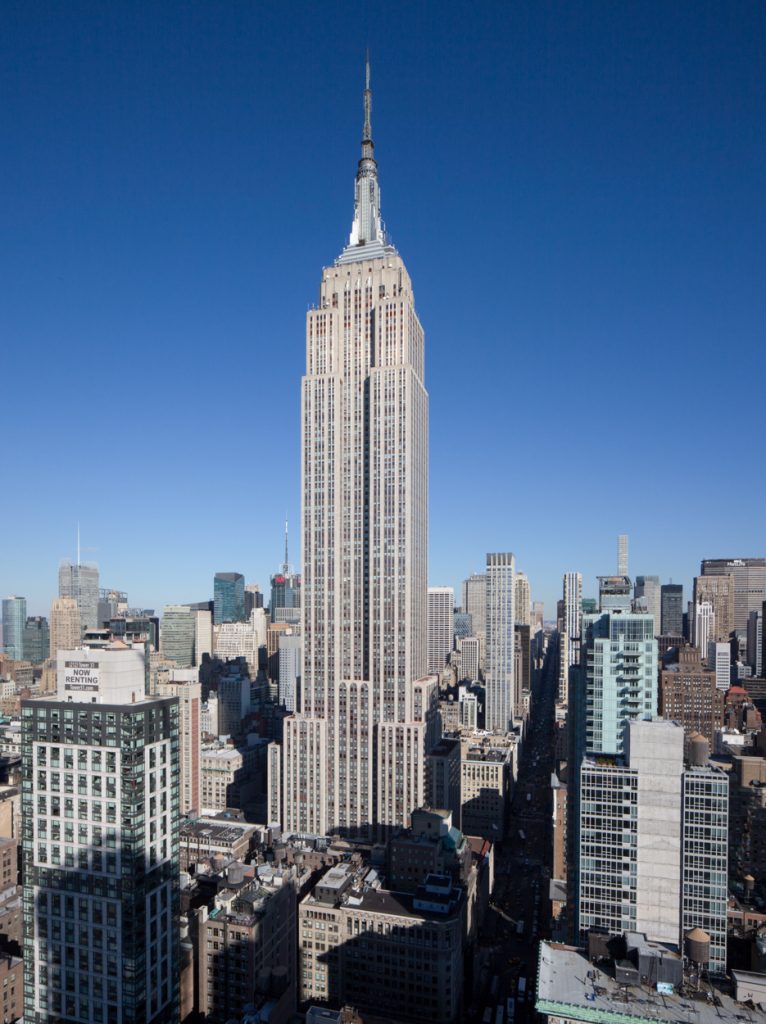 Yesterday morning, a media tour was given of what will become the new observatory deck entrance located on 34th Street. This comes as part of the over half-billion dollar revamp of the iconic tower announced in 2009. Empire State Realty Trust is responsible for the development. 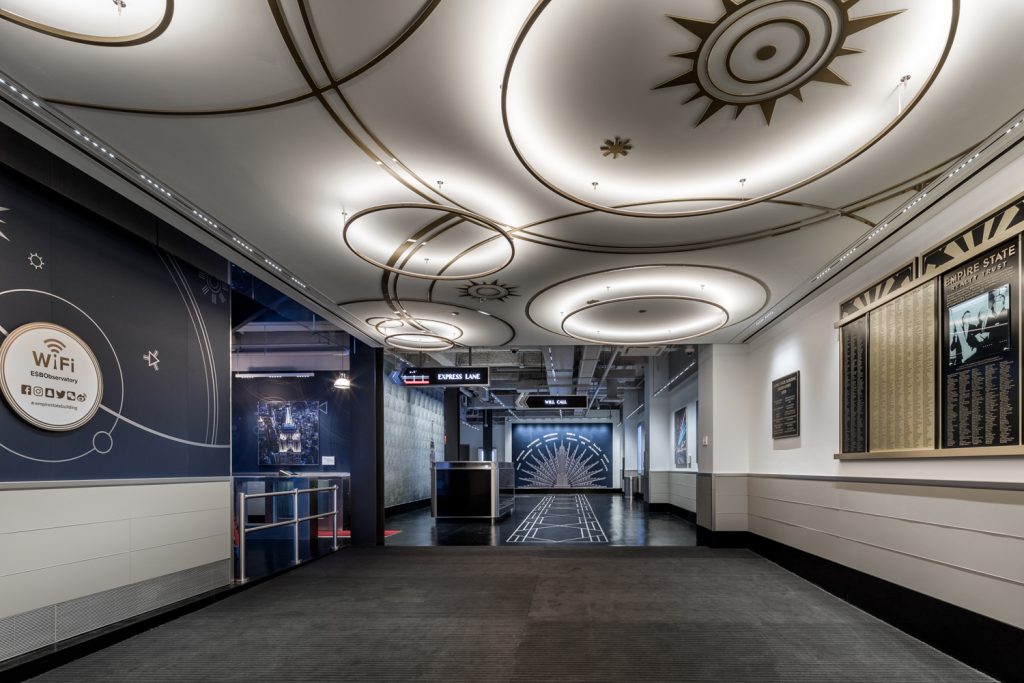 Speaking at the event, Chairman and CEO of Empire State Realty Trust Anthony E. Malkin said, “Our leadership in innovation continues with this transformative re-imagination of our entrance, the first phase of the completely new Observatory experience. We have a high level of confidence that our work will increase customer satisfaction immensely and drive bottom-line performance.” 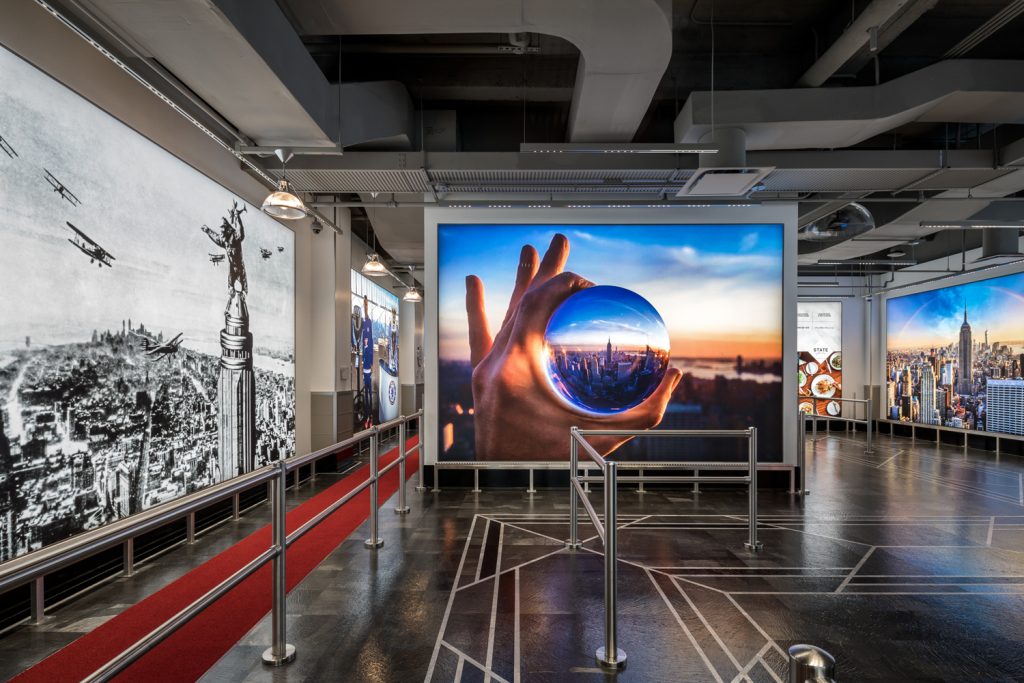 The crown jewel for the new lobby is certainly the introduction of a two-story tall model of the Empire State Building in front of an illuminating blue seamless background. The feature piece grants visitors the opportunity to study in close detail aspects of the building’s design previously restricted to those with access to helicopters. 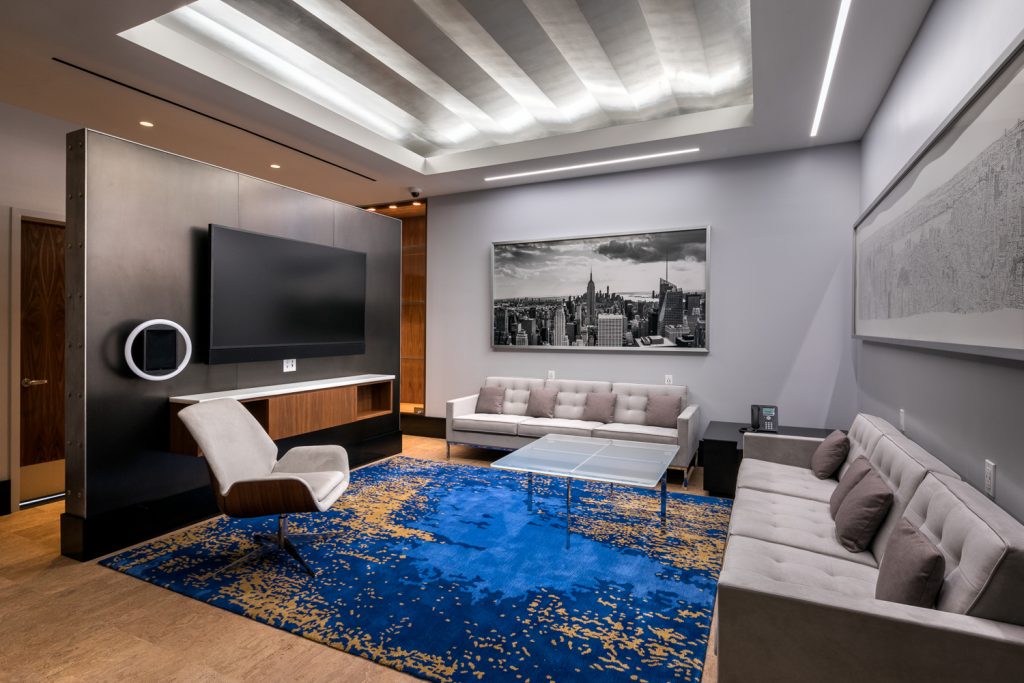 Greenroom for VIP and high-profile visitors, image by Evan Joseph

Upon walking in, the first art visitors encounter is a mosaic depicting the Empire State building’s crown piercing clouds. The queuing area is brightly decorated with wall-sized photographs looking at and looking from the iconic tower. 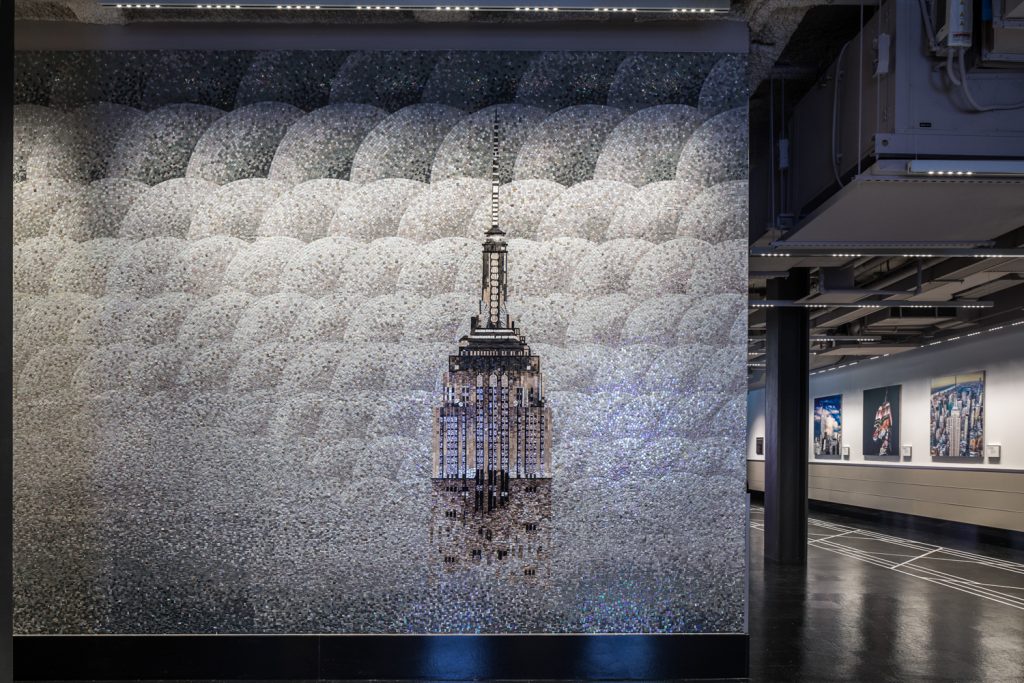 The doors opened at 8 A.M., with a special early access at 7:30 AM for the first 100 guests. the refurbishment will also eventually yield a revamped 102nd-floor observation deck.