Marvel Architects will again appear before the Landmarks Preservation Commission to present alterations to the Village Community School at 272 West 10th Street. The property was originally constructed in 1886 but has undergone a series of alterations dating back to 1945 and 2003.

As previously revealed by YIMBY, Marvel’s original proposals were presented to the LPC on October 31st, 2018. Expanded areas would rise from an existing playground attached to the school. New areas include a double-height gymnasium spanning the cellar and ground floors, a new lobby and a wood shop positioned on the first floor, a library and technology center on the second floor, three new classrooms with labs on the third floor, and rooftop recreation space on the fourth floor. New office space would also occupy the cellar, second, and third floors.

Following feedback from the commission, new proposals primarily include changes to the exterior of the building. In general, the architects have opted to reduce the size of windows along both Greenwich and 10th Streets and to darken portions of the masonry façade. Mullions throughout the structure have also been darkened, and in some places repositioned. 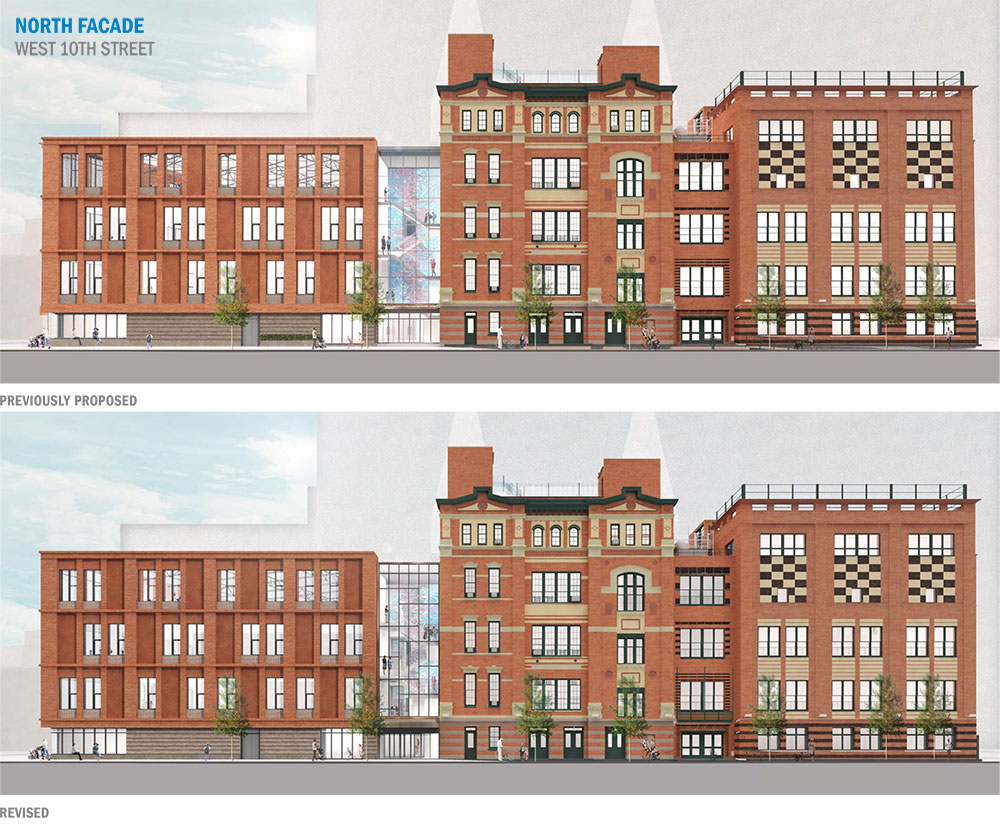 Along Greenwich Street, ground floor masonry could now incorporate a tiered or textured brick as opposed to a flat finish. Location, size and organization of window systems has been altered on the second, third and fourth floors. Oversized windows on the edge of the building have most noticeably been reduced from 22-feet-wide down to 12 feet nine inches. 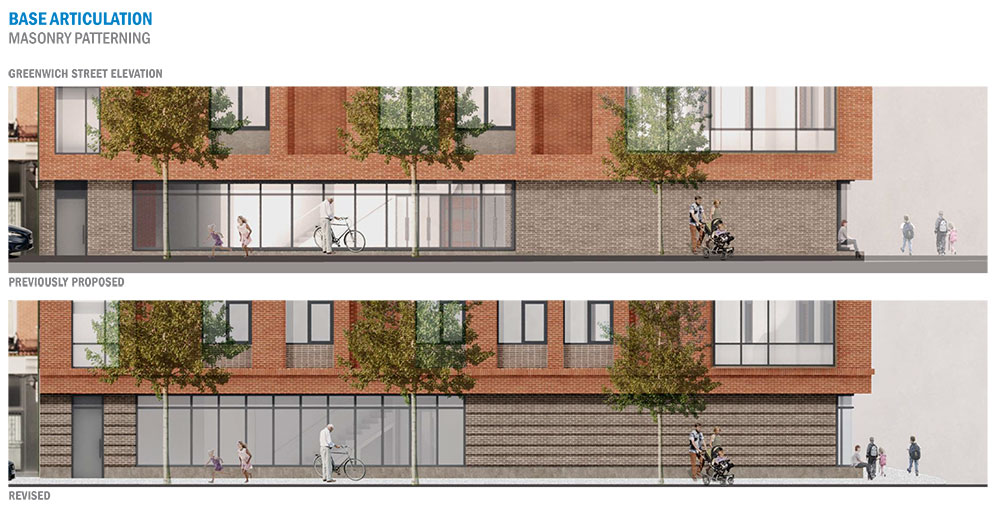 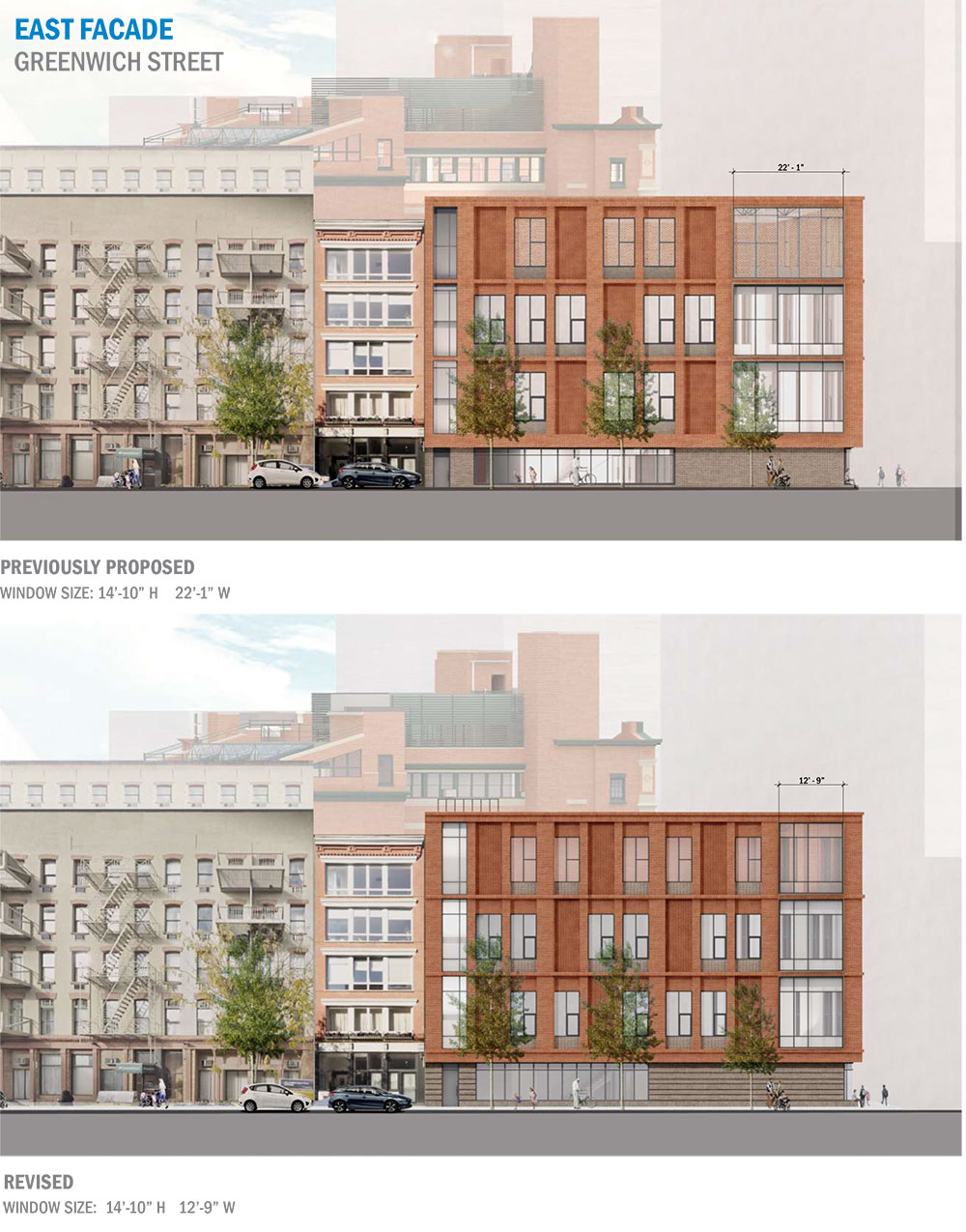 Along 10th Street, the brick façade now includes dark grey patterning. Signage for the school has also been repositioned from the corner of the building to the new, expanded entryway. 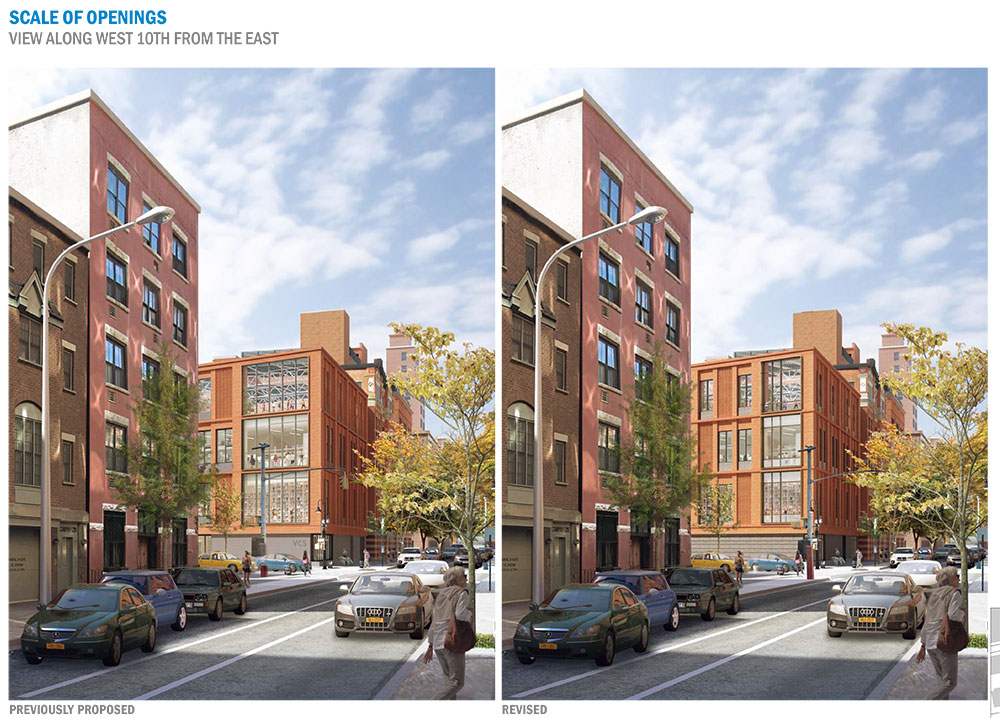 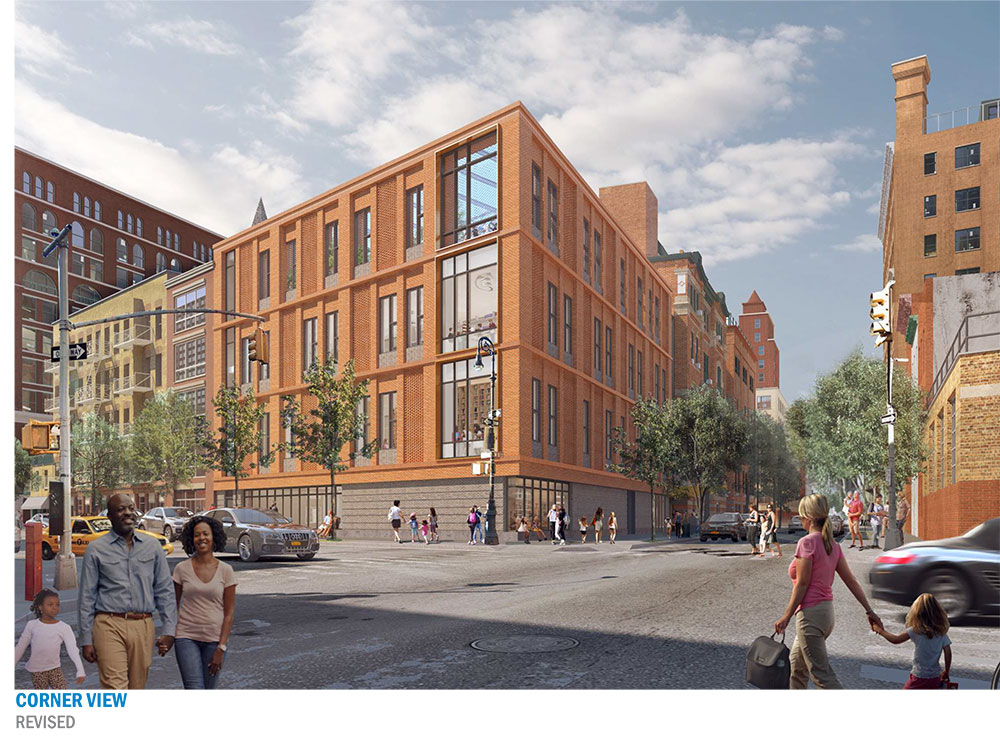 Proposals will appear before the commission today. If approved, the project is expected to be completed by 2021.