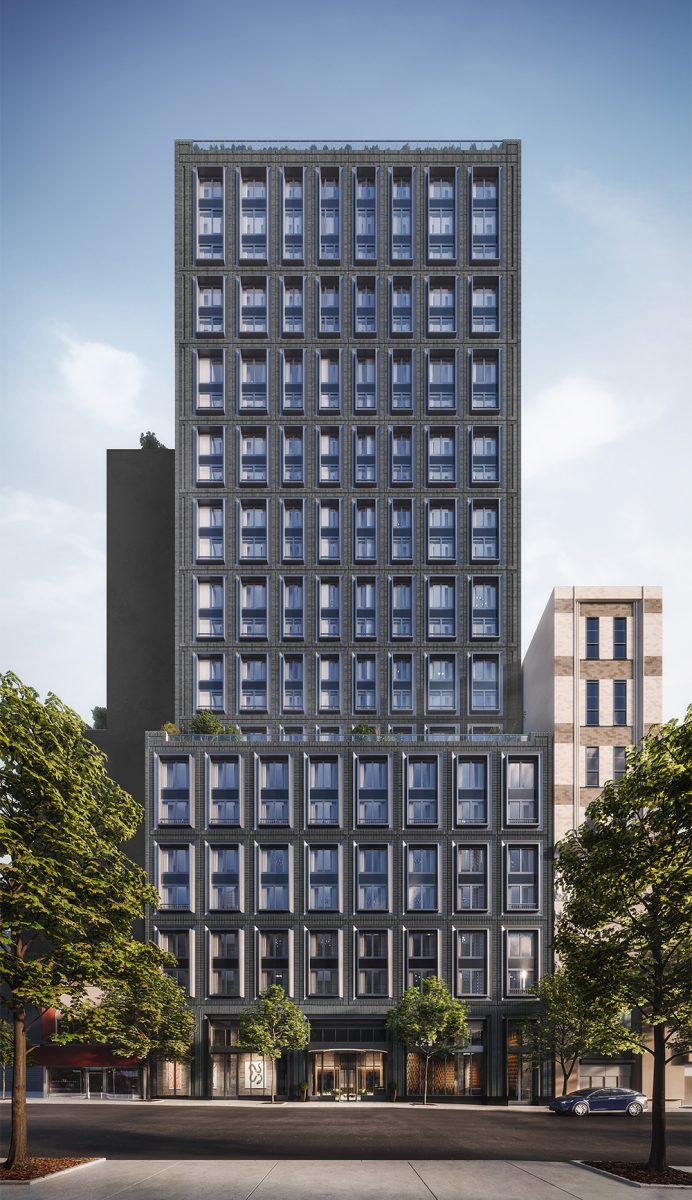 With the main facade beginning to shed the black construction netting and scaffolding, the dark-colored glazed bricks covering The Brooklyn Grove have begun to be unveiled. Standing above Boerum Hill just off of Flatbush Avenue, the new building is located at 10 Nevins Street. The 27-story residential tower will have 184 units comprised of studios to three-bedroom layouts. It is being designed by ODA, with Stephen B. Jacobs Group serving as the architect or record. Adam America Real Estate, Slate Property Group and Vanke US are the developers, while The Aguayo Team of Halstead Property Development Marketing is handling sales. 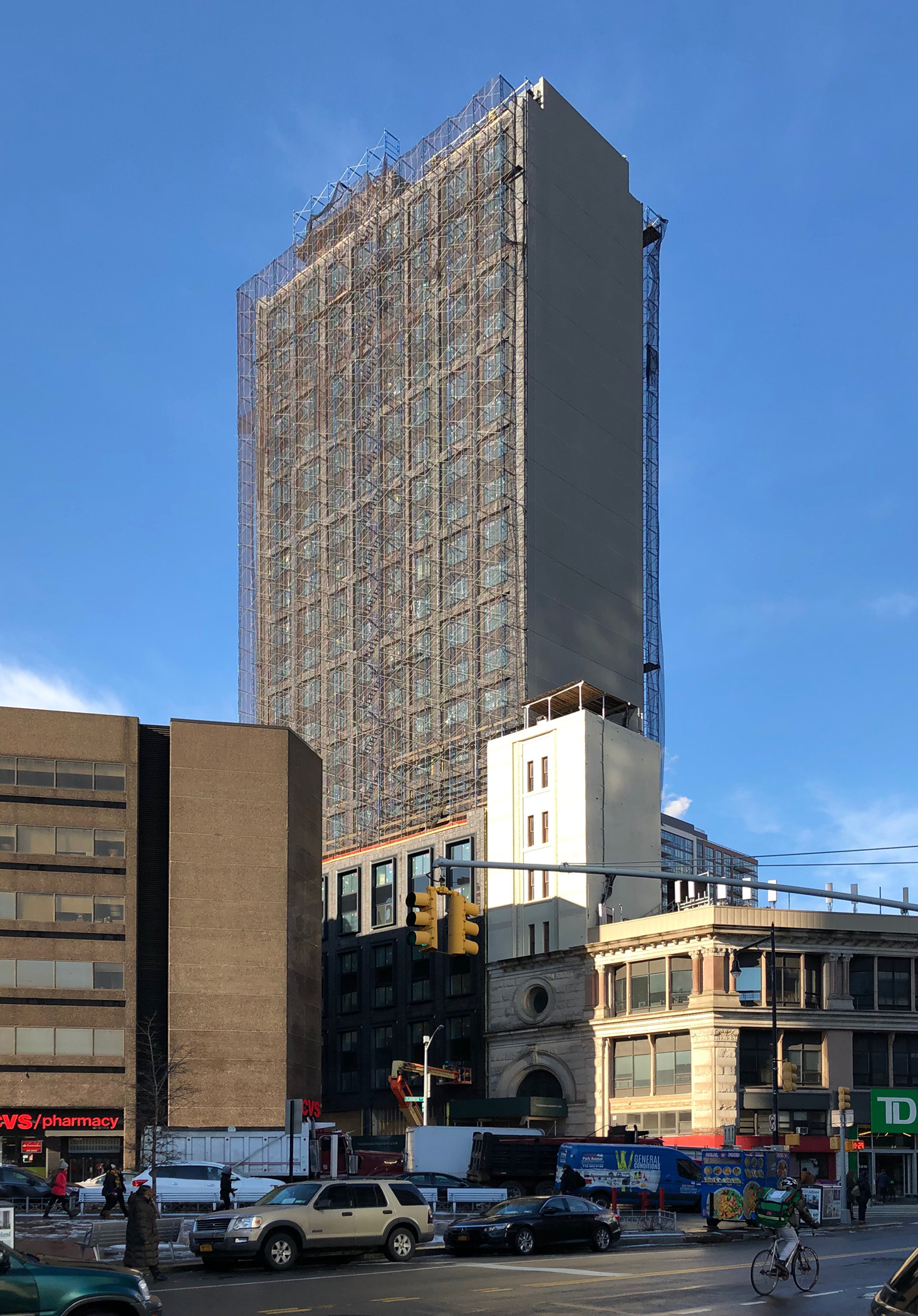 The Brooklyn Grove from across Flatbush Avenue. Photo by Michael Young

Looking up the main southern facade, the textured carbon-colored brick exterior is slowly being revealed. Instead of a typical bricklaying running bond commonly seen with conventional techniques, the headers of each brick all face out, with the headers oriented towards all four sides of each window. This makes for a varietal mix of horizontally- and vertically-stacked bricks. 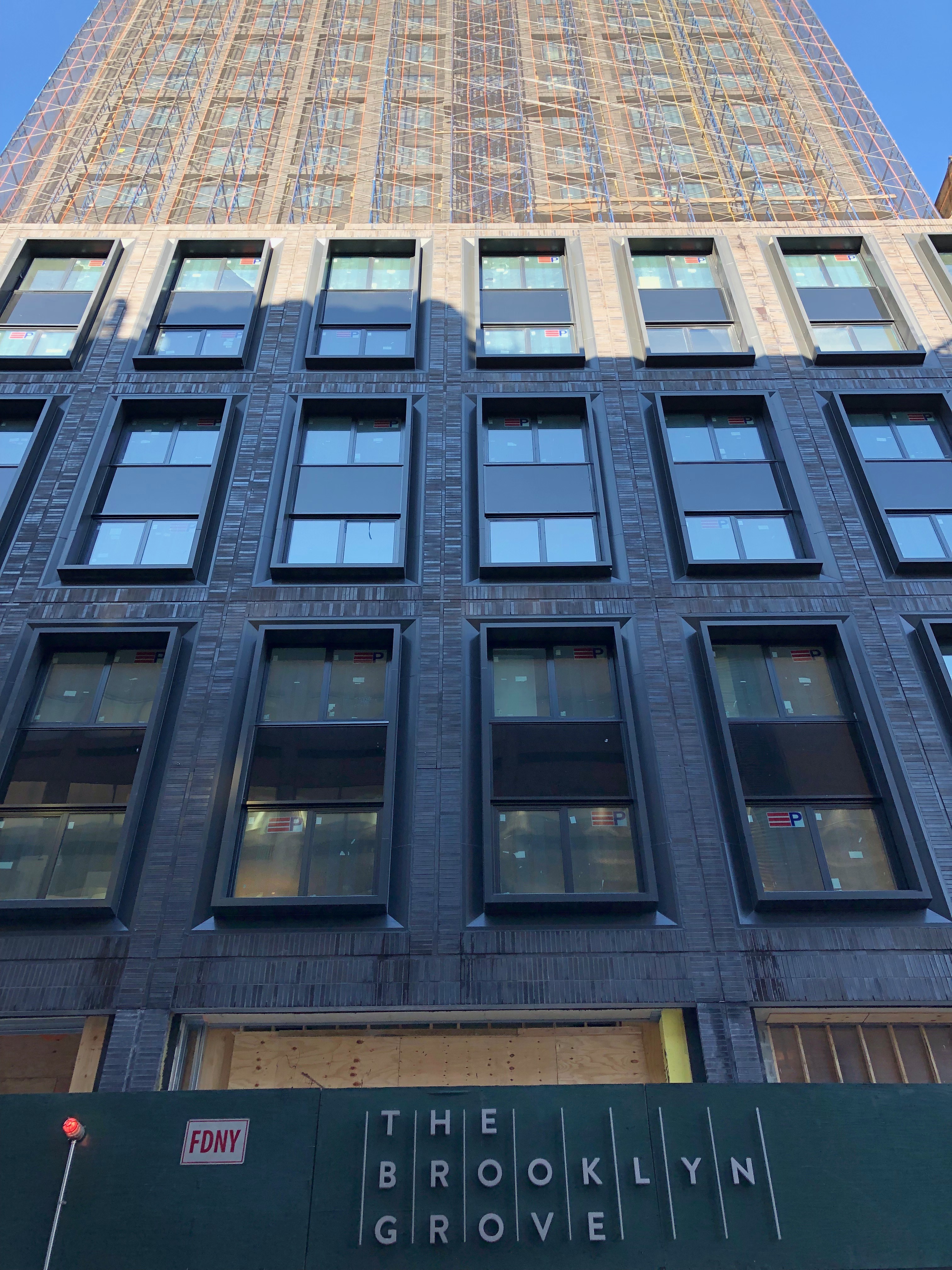 Looking up from street level at the main southern facade with the sun and shade on the brick exterior. Photo by Michael Young

One charmingly subtle aspect of the bricks is seen in the early morning shadows. They lightly bounce off an asymmetrically reflective sheen scattered across every stretcher in different tones and intensity. 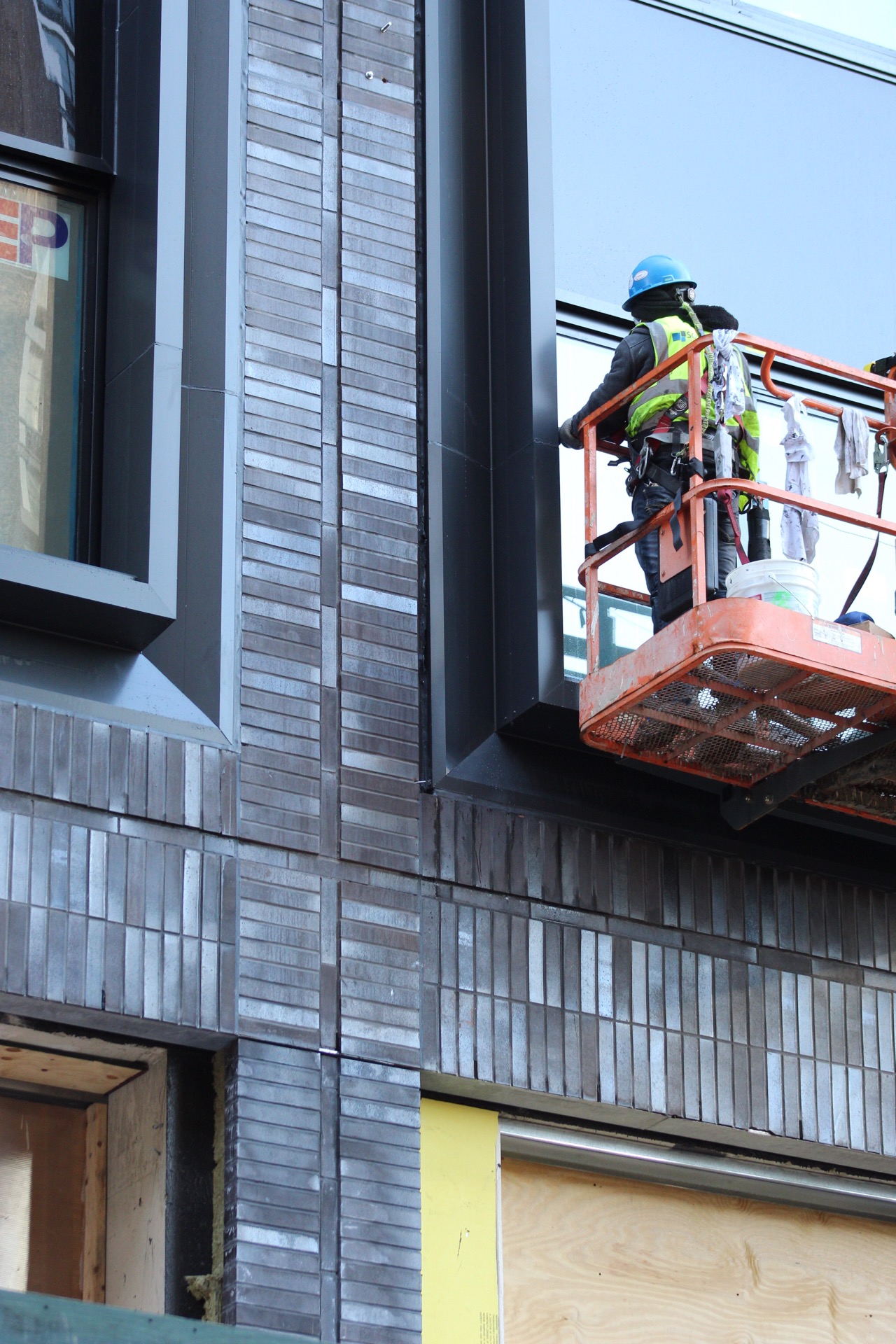 Close-up of the brick details. Photo by Michael Young

Large, oversized, metal framed windows add a sense of depth and extra detail into the facade. Meanwhile, the top of the tower is still covered behind the construction netting and scaffolding. The interiors are also being designed by ODA New York. 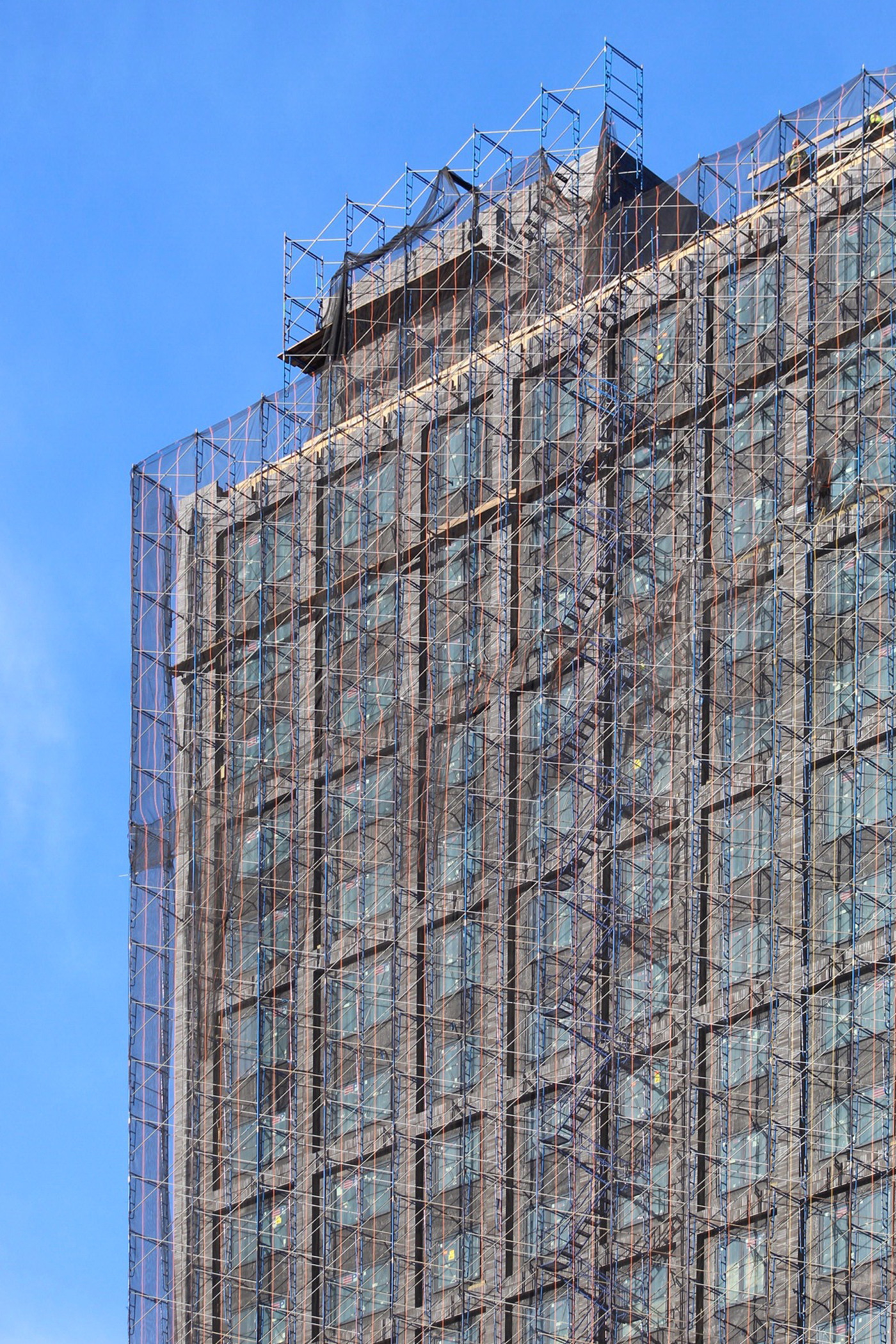 The top of The Brooklyn Grove soon to be uncovered. PHoto by Michael Young

The main lobby will come with a 21-foot double-height wooden beam ceiling along with hand-plastered walls with wooden accents.  Amenities will include 24-hour concierge service, a package room, bicycle storage, a double-height lounge with 22-foot ceilings and a gas fireplace between floor-to-ceiling Arabescato Orobico marble, a pool table, a skylit 40-foot long pool with changing rooms, private dining rooms with kitchenettes and lounging area, a fitness center and a dedicated yoga room, a children’s playroom, a pet spa, and a rooftop lounge with separate lounging and dining areas, barbeque grills, and a pergola. 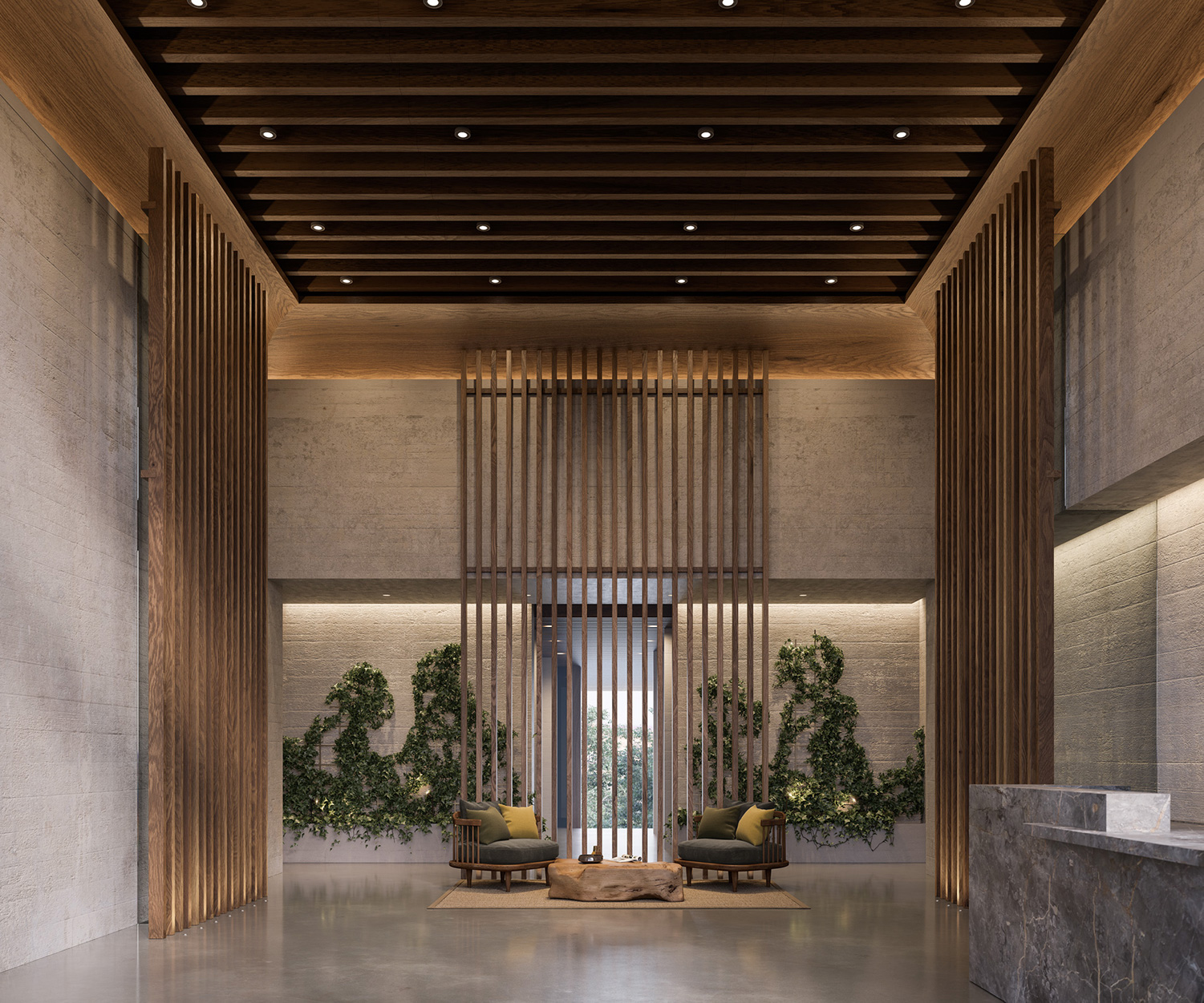 The Brooklyn Grove will be completed sometime by mid-2019.

5 Comments on "The Brooklyn Grove at 10 Nevins Street Nears Completion Atop Boerum Hill, in Brooklyn"