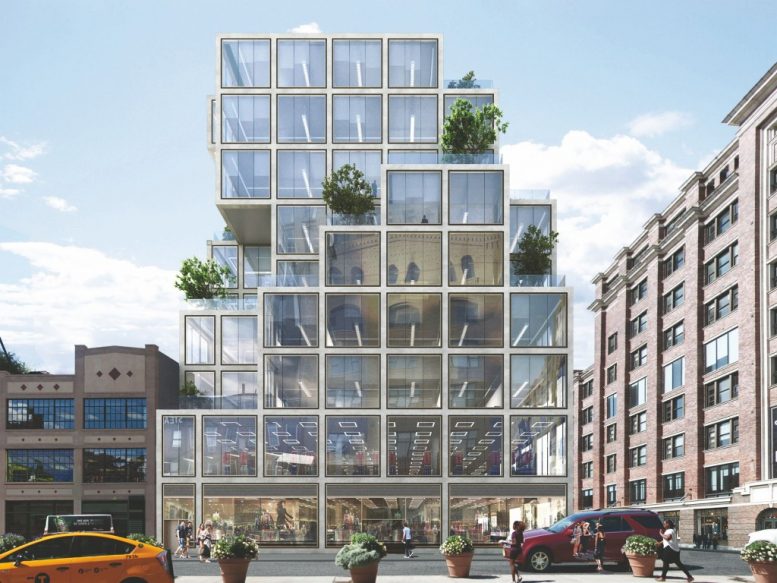 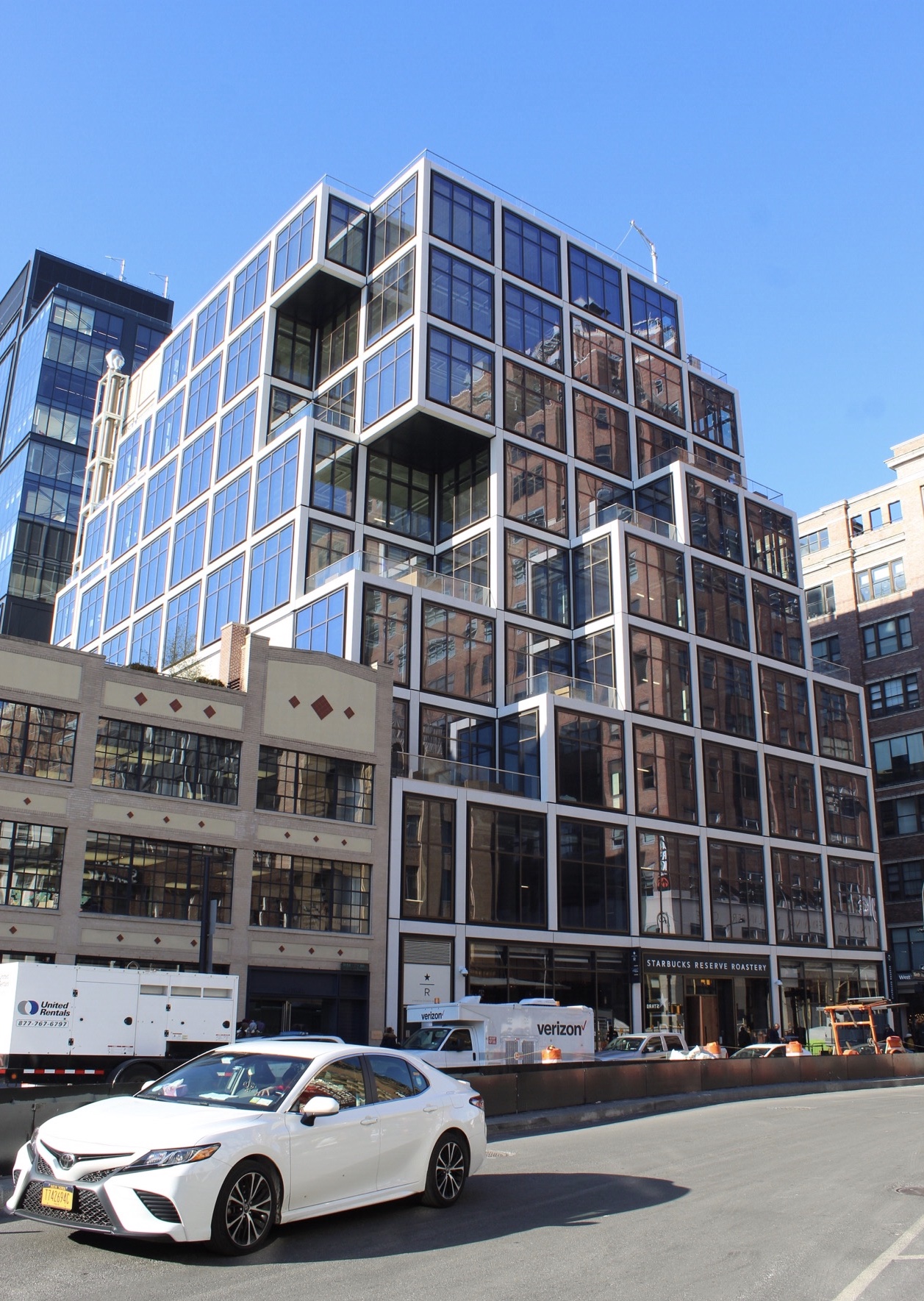 The east elevation of 61 9th Avenue. Photo by Michael Young

The massing of the building comes with a number of extracted corners that form mini cantilevers above square and rectangular-shaped terraces on multiple levels. Large floor-to-ceiling glass windows enclose the structure, and also let in plentiful sunlight for office workers.

The oversized dimensions also give the exterior a more open feeling from the street. In places where the building forms an indented corner, the glass windows visually create a seemingly continuous run without the grid of white metal panels between framing each window.  The best view of 61 Ninth Avenue is seen looking north from West 14th Street, or on the High Line at the wider southern elevation. 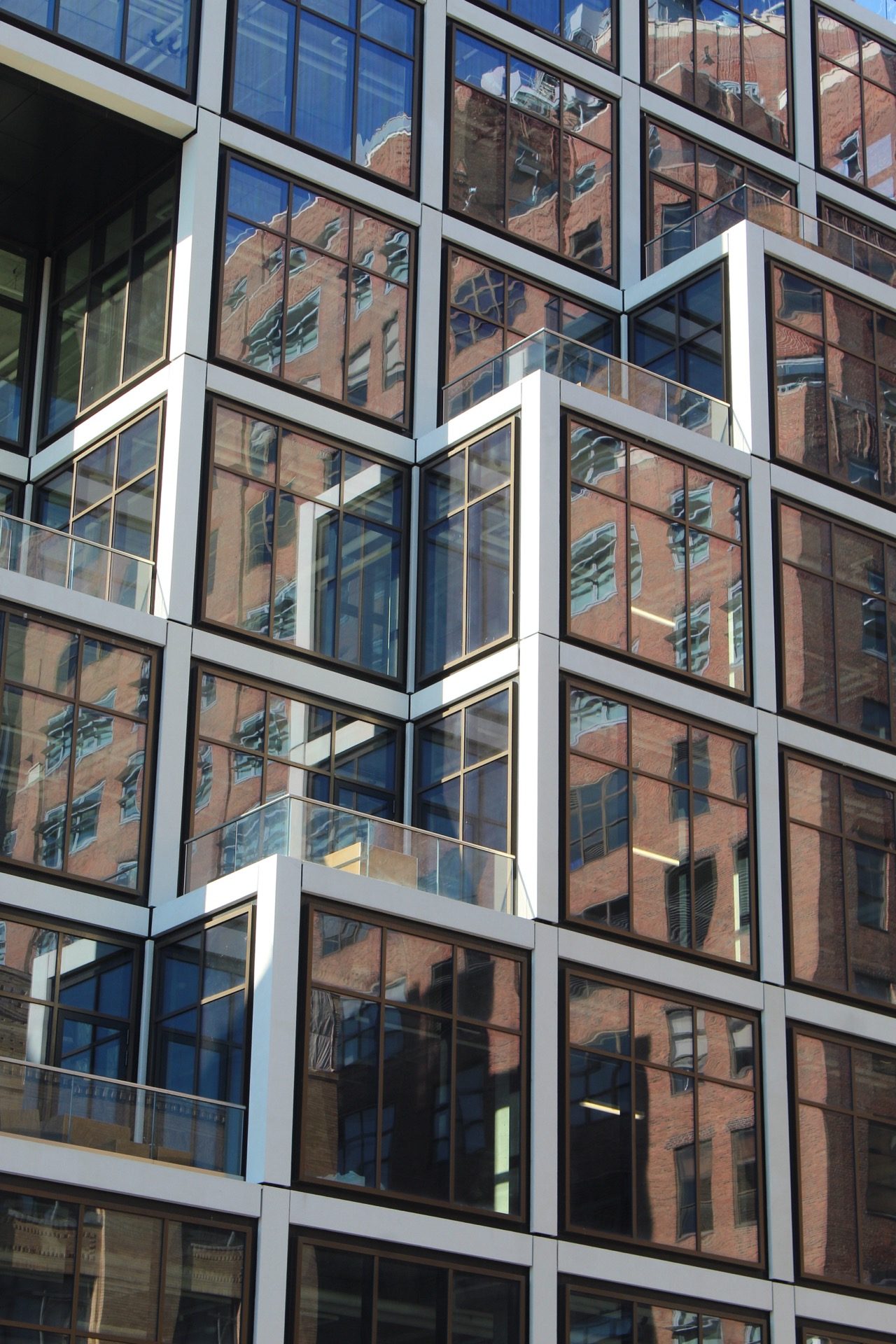 The boxy facade of 61 Ninth Avenue. Photo by Michael Young 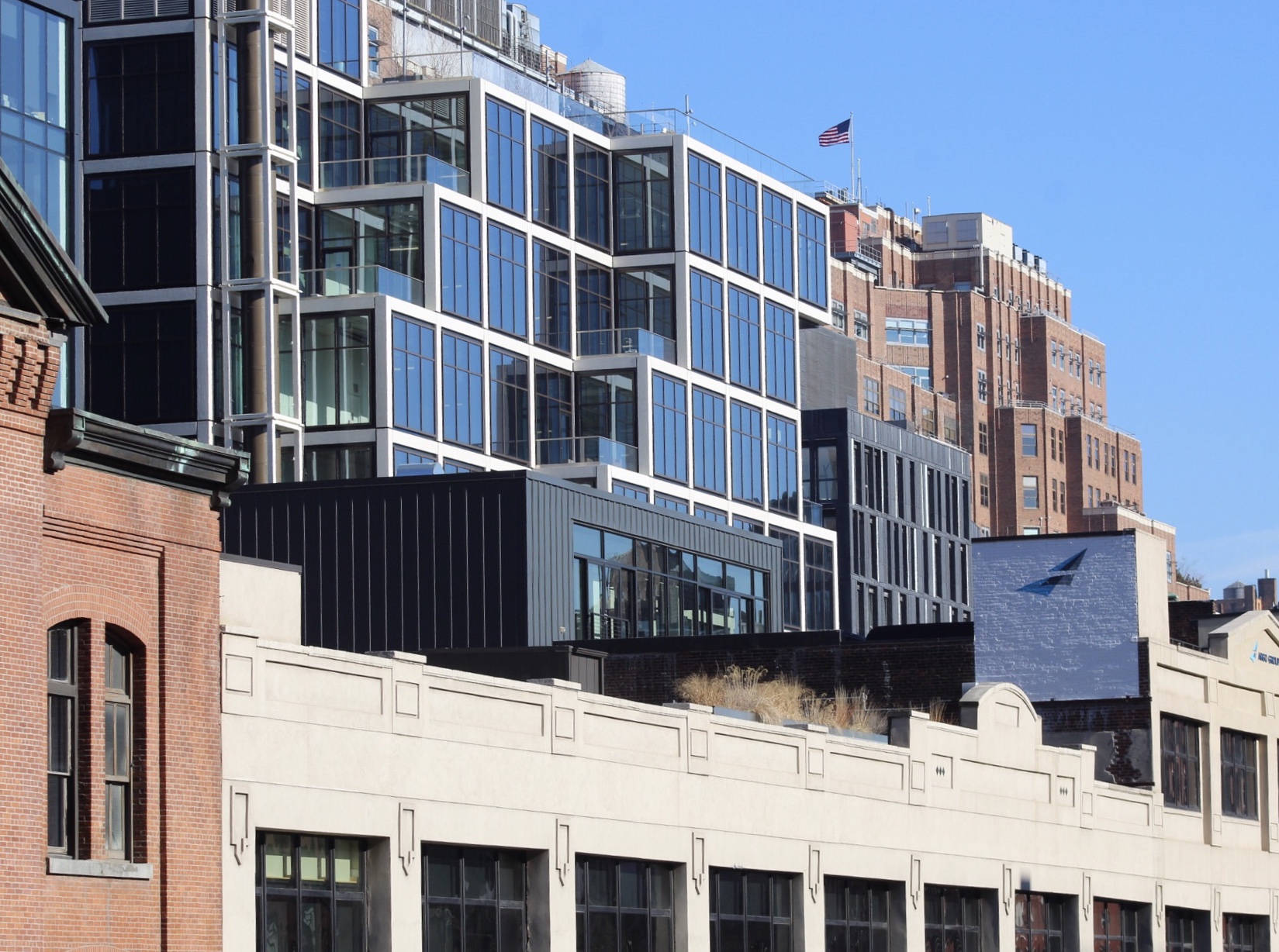 The southern elevation of 61 Ninth Avenue from the High Line. Photo by Michael Young

In recent news, Vornado and Aurora received $167.5 million dollars in refinancing for 61 Ninth Avenue from Landesbank Baden-Würtemberg. The seven-year interest only loan will mature in 2026 and will replace a previous $90 million construction loan from Helaba and CIT Group.