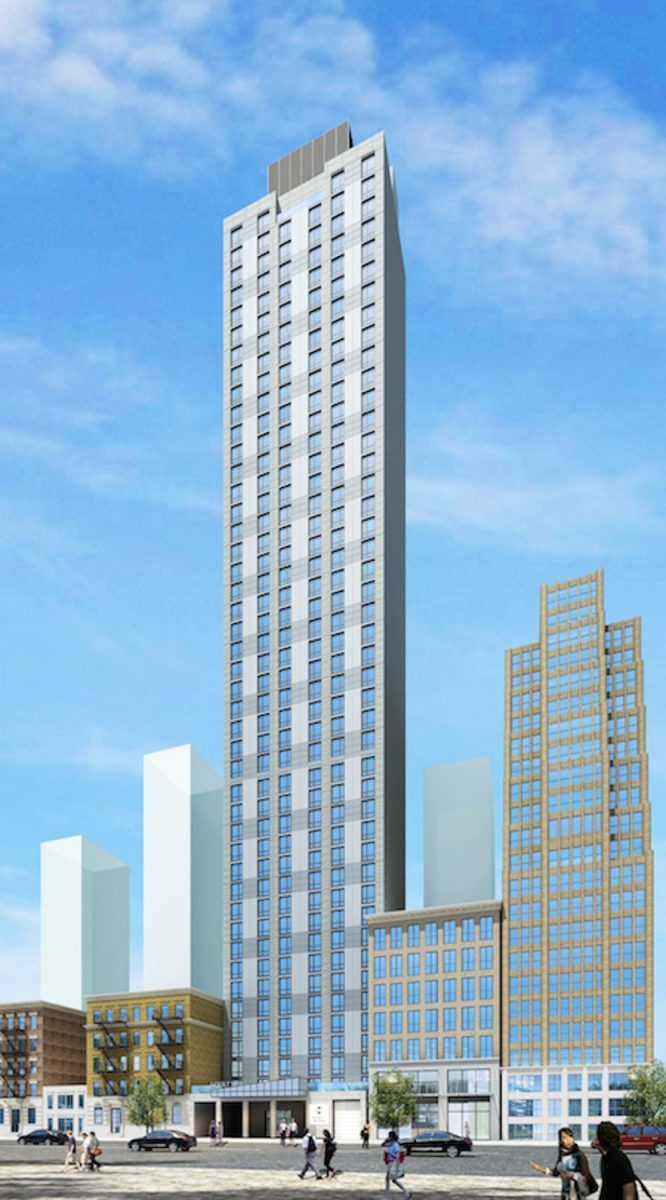 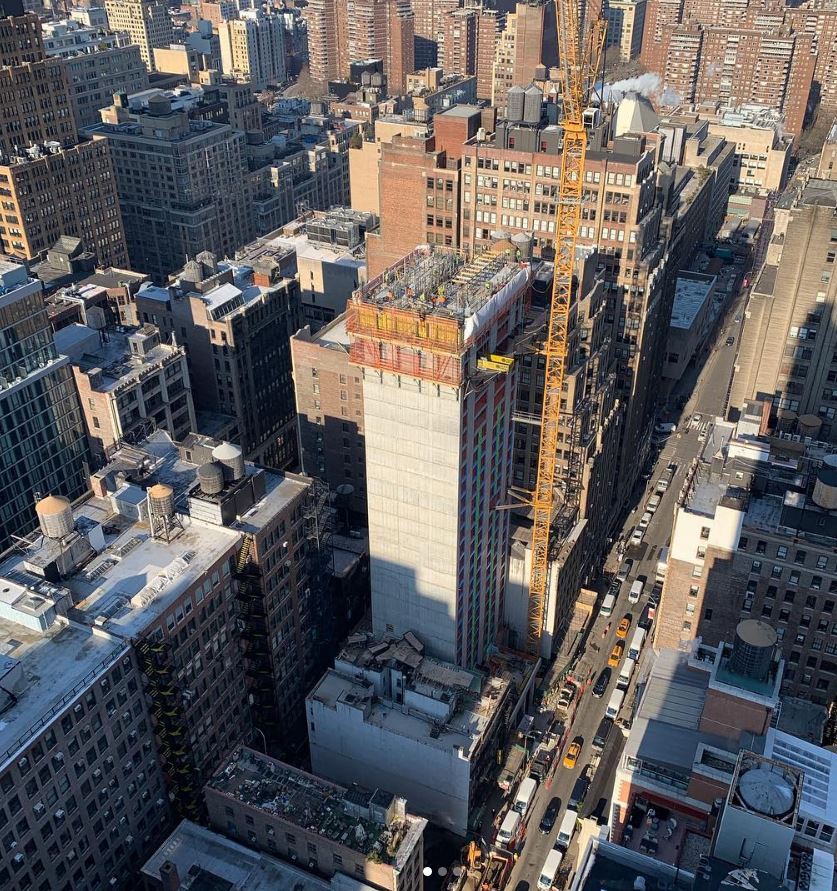 140 West 28th Street from above. Photo by William Calderon 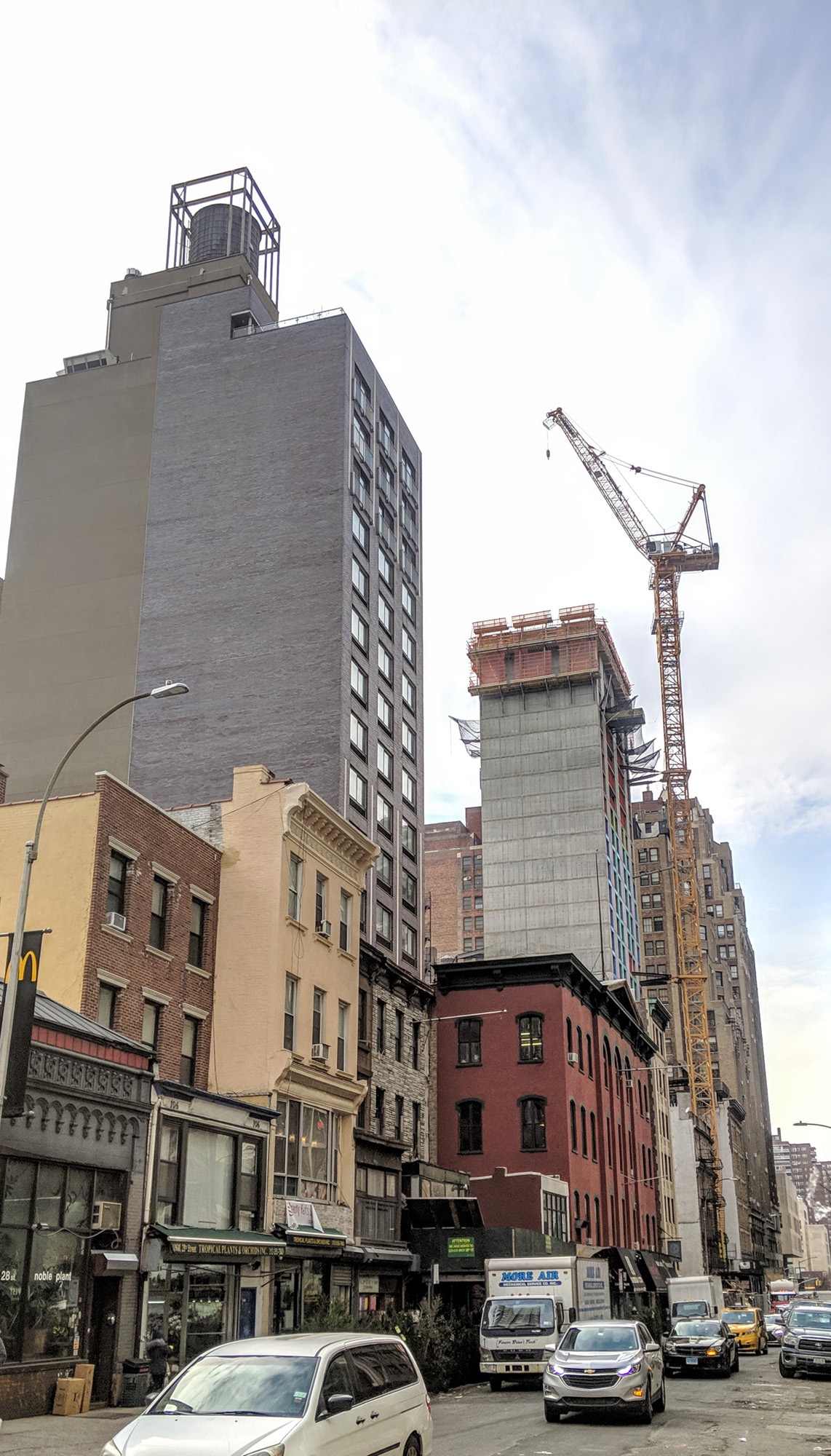 This building will yield 178,000 square feet and come with a 1,500-square-foot public arcade, a fitness center, multiple meeting rooms, and a dining room. The design of the tower consists of a fairly simple grid of windows on the main northern elevation. The eastern and western elevations would be left as blank party walls. Given the projected height, this will easily stand out above the rest of the block and afford views of Lower Manhattan and Midtown.

140 West 28th Street is most likely going to to top out in the second half of 2019 and be finished sometime early next year.