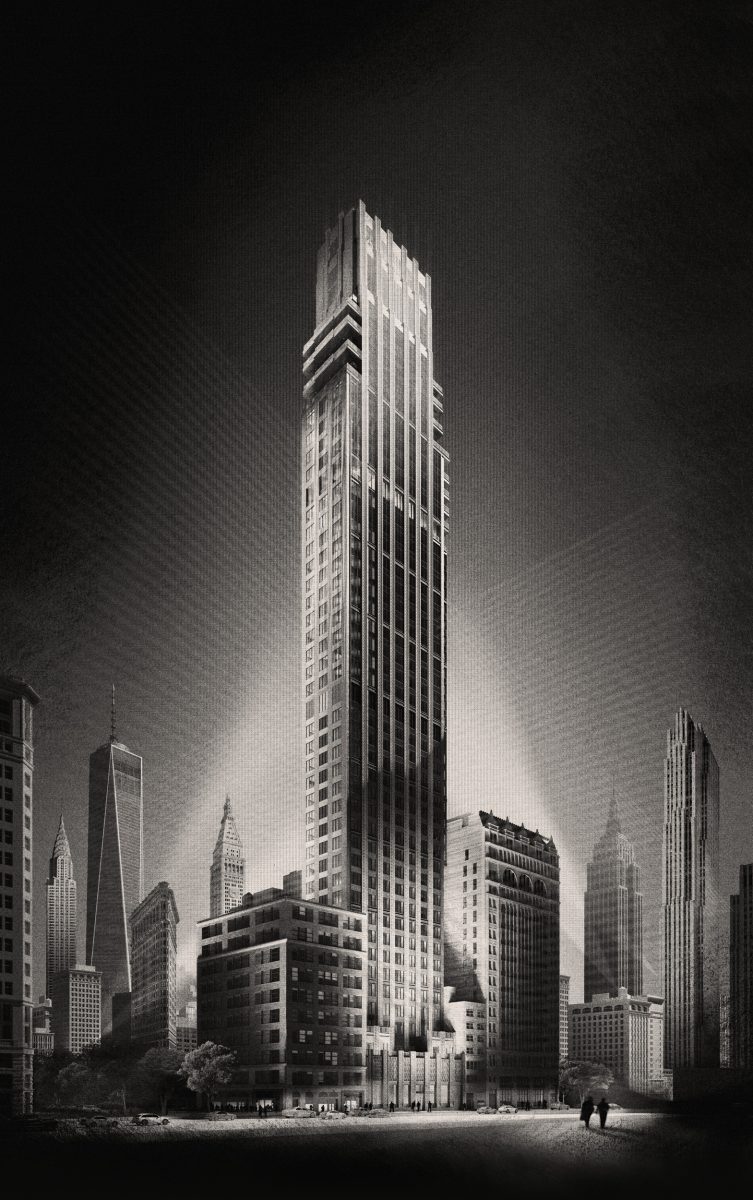 Construction on 30 East 29th Street, aka Rose Hill, is moving along quickly in NoMad. Work on the foundations wrapped up in January and now the upcoming 639-foot-tall structure is several floors above street level. The upcoming 45-story project is located between Park Avenue South and Madison Avenue and is being designed by CetraRuddy Architecture and developed by Rockefeller Group. The residential high-rise will incorporate an Art Deco-inspired design, setting it apart from other neighboring towers rising in the development boom, responsible for changing the skyline south of the Empire State Building. CORE is managing sales and the marketing of the units.

The construction crane sits in the center of the completed setback and will continue to climb up the northern side of the reinforced concrete structure. 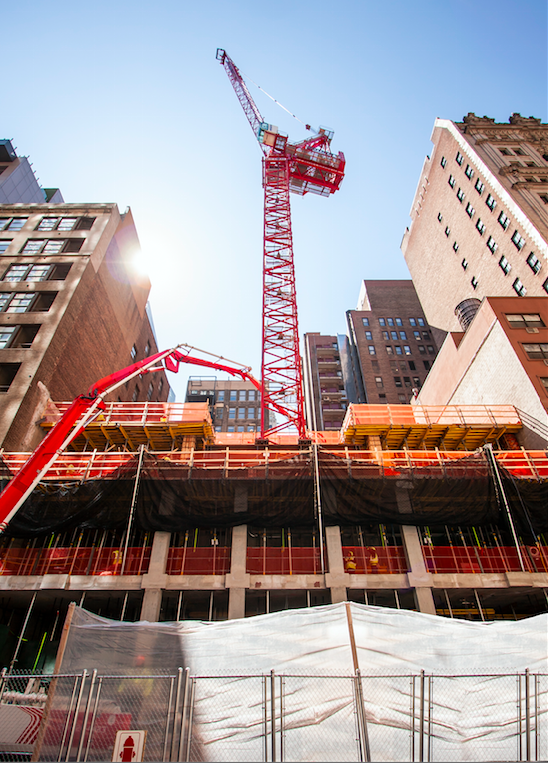 A new rendering of the tower has also been released. 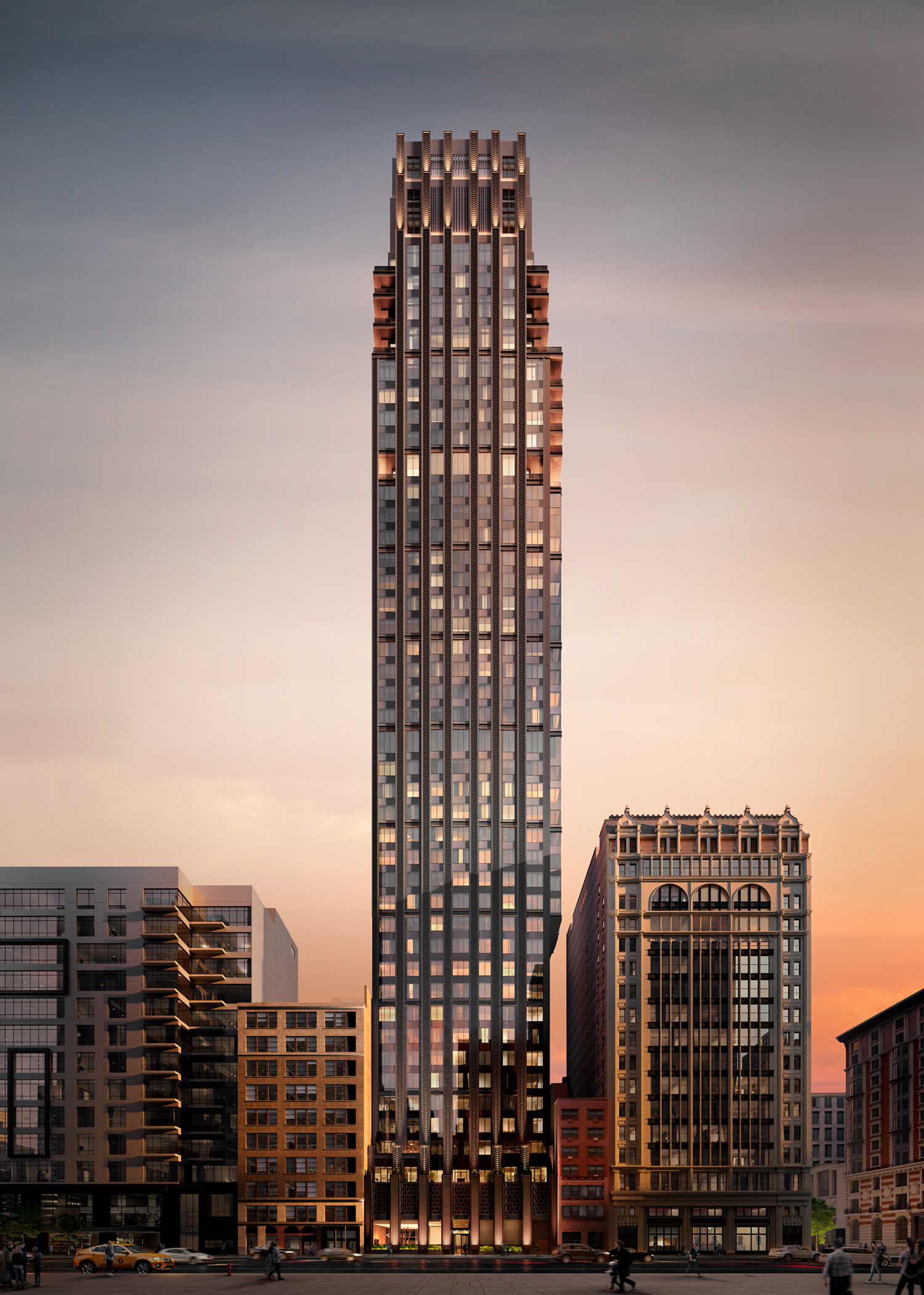 Rendering of the northern elevation. Rendering courtesy of Pandiscio Green and Recent Spaces.

The podium floors have now been built up and the first set of residential levels has begun assemblage. The tower will contain 123 apartments ranging from studios to four-bedroom residences. The 40th to 43rd floor will feature duplexes with two-story-high windows and private terraces that span the depth of the eastern and western elevations. In total, 30 East 29th Street will yield about 226,000 square feet of space, with 167,000 dedicated to the residential units.

The dark-colored façade will implement subtle Art Deco flourishes like Chevron-patterned railings for the terraces and perimeter columns, bronze finishes, decorative etched grilles that will cover the mechanical floors, and an array of vertical lines that enhance the slender building’s sense of height. The top will be capped with an illuminated, multi-story crown that emulates the look of the columns that surround the base and main entrance, giving the structure a visually coherent appearance from top to bottom.

Completion of Rose Hill is most likely expected sometime in the first half of 2021.