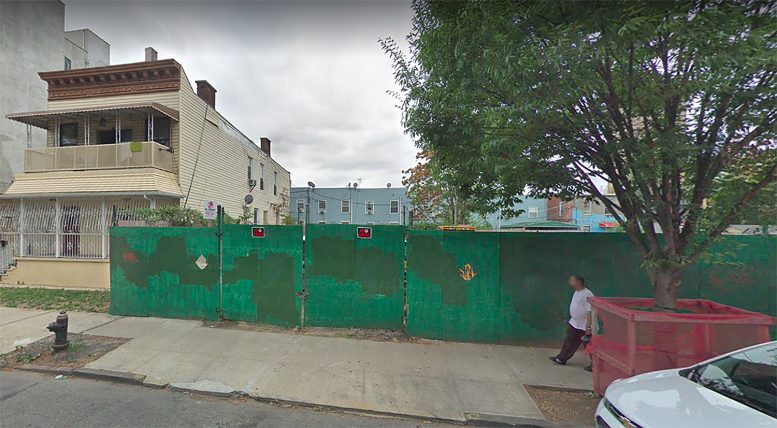 Permits have been filed for an eight-story mixed-use building at 872 Bronx Park South in West Farms, The Bronx. Located between Mohegan Avenue and Honeywell Avenue, the interior lot is six city blocks west of the East 180th Street subway station, serviced by the 2 and 5 trains. Michael Pilla of DP Group General Contractors is listed as the owner behind the applications.

The proposed 78-foot-tall development will yield 84,459 square feet, with 58,259 square feet designated for residential space and 7,680 square feet for community facilities. The building will have 82 residences, most likely rentals based on the average unit scope of 710 square feet. The steel-based structure will also have a cellar and 58-foot-long rear yard.

Aufgang Architects is responsible for the design.

4 Comments on "Permits Filed for 872 Bronx Park South in West Farms, The Bronx"

Permits Filed for 2136 Honeywell Avenue in West Farms, The Bronx