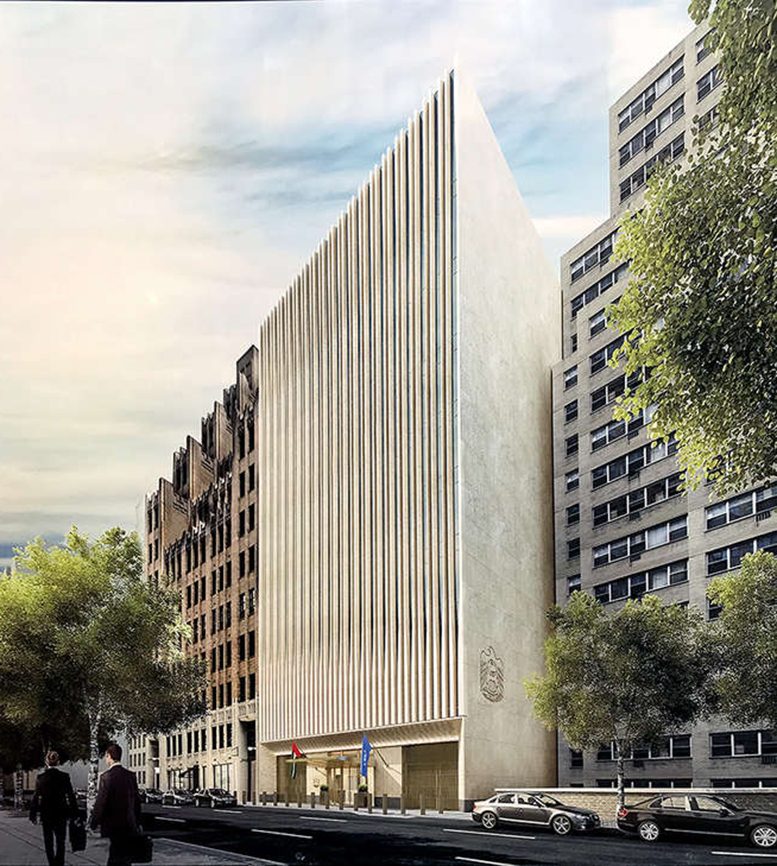 Construction has topped out at 315 East 46th Street in the Midtown East neighborhood of Turtle Bay. The site was once planned as 25-story condominium tower, but the project was scrapped due to financial issues during the early years of the Great Recession. Now, nearly ten years later, the property is heading toward completion as the nine-story home of the consulate of the United Arab Emirates. The reinforced concrete structure is being designed by Skidmore Owings & Merrill and developed by Fisher Brothers. Plaza Construction is building the 145-foot tall tower and will soon begin to install the curtain wall. 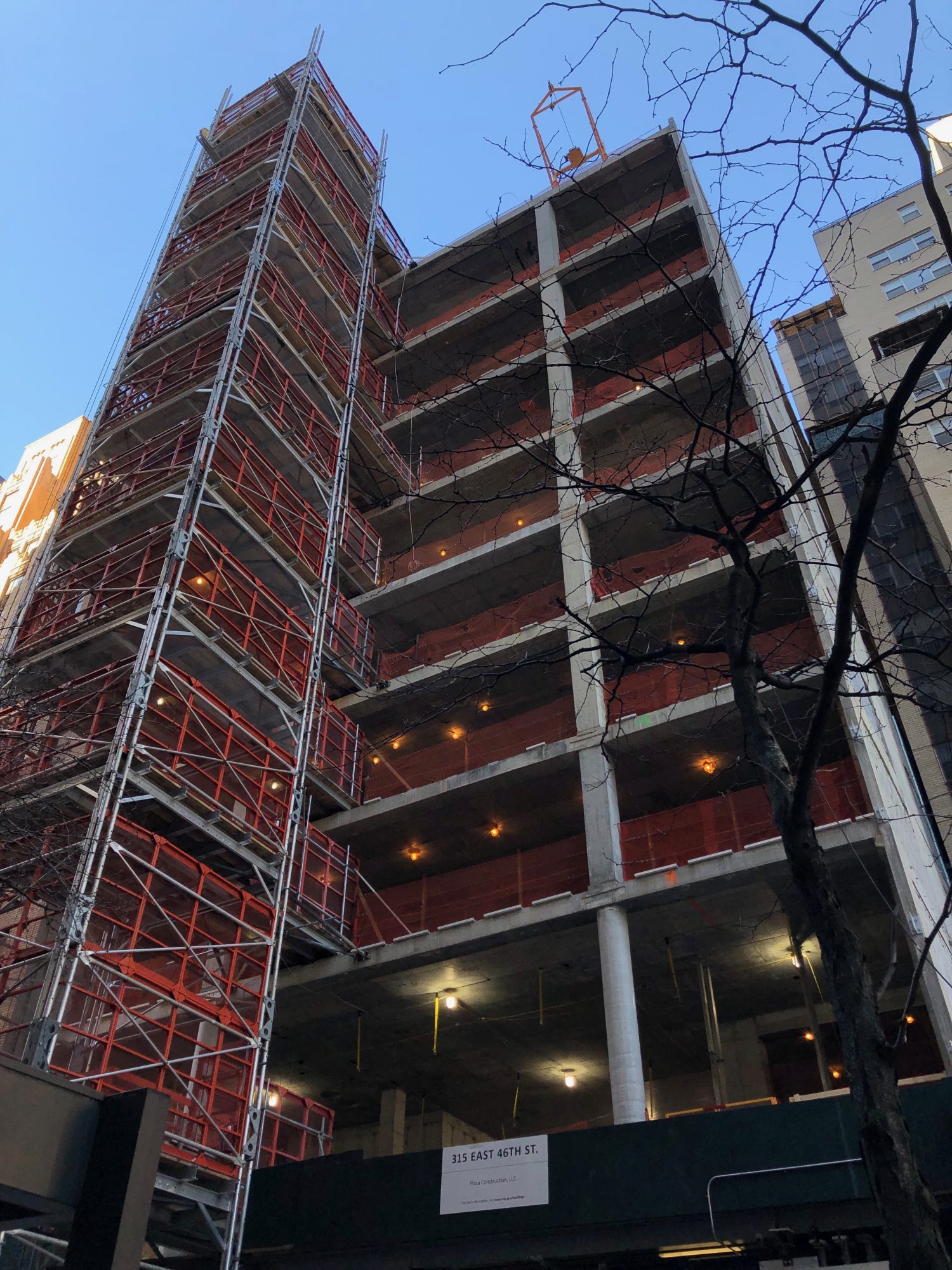 The building is topped out at nine stories above Turtle Bay. Photo by Michael Young 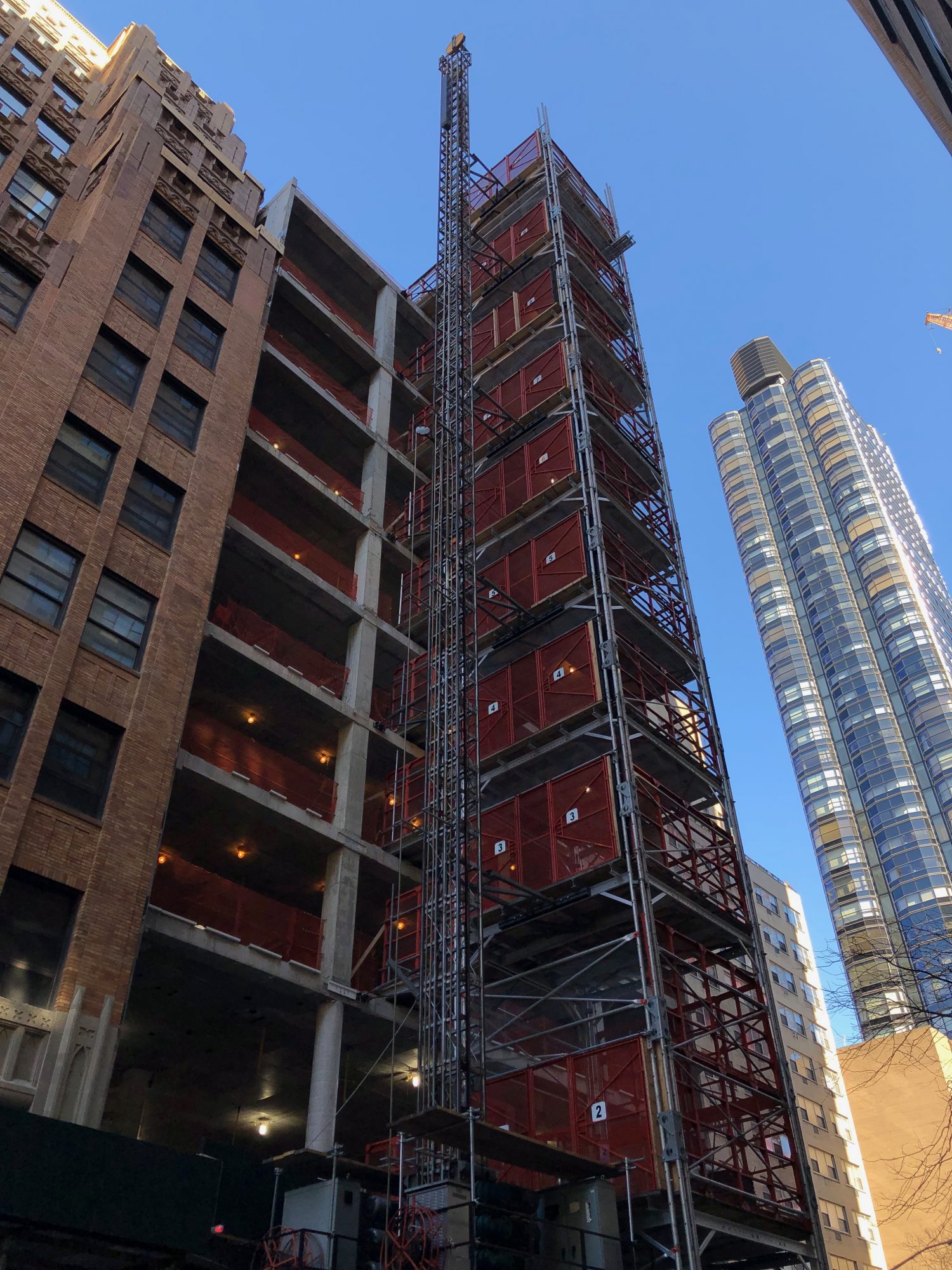 Looking up the main elevation along East 46th Street. Photo by Michael Young 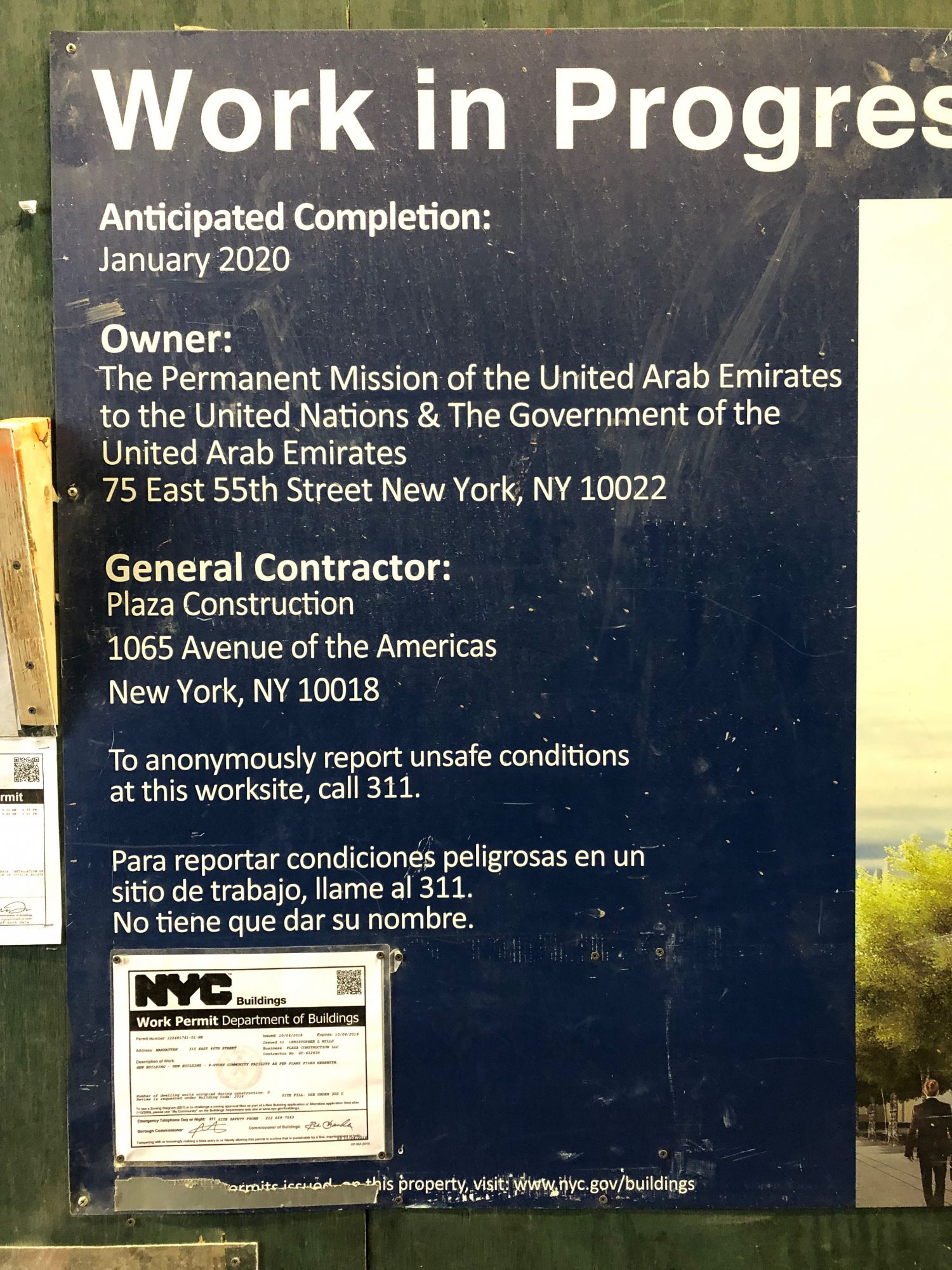 The project is expected to be completed by next January. Photo by Michael Young

The building at 315 East 46th Street will sit near a number of other consulates including Perkins Eastman‘s Turkevi Center at 821 First Avenue.

The rendering shows the main elevation covered in a dense pattern of narrow windows divided by a tight array of vertical strips that rises from the second floor to the flat roof parapet. The eastern facade would be left as a blank wall and covered in what appears to be marble.

A completion date for the building is posted on the construction fence and anticipated for January 2020.