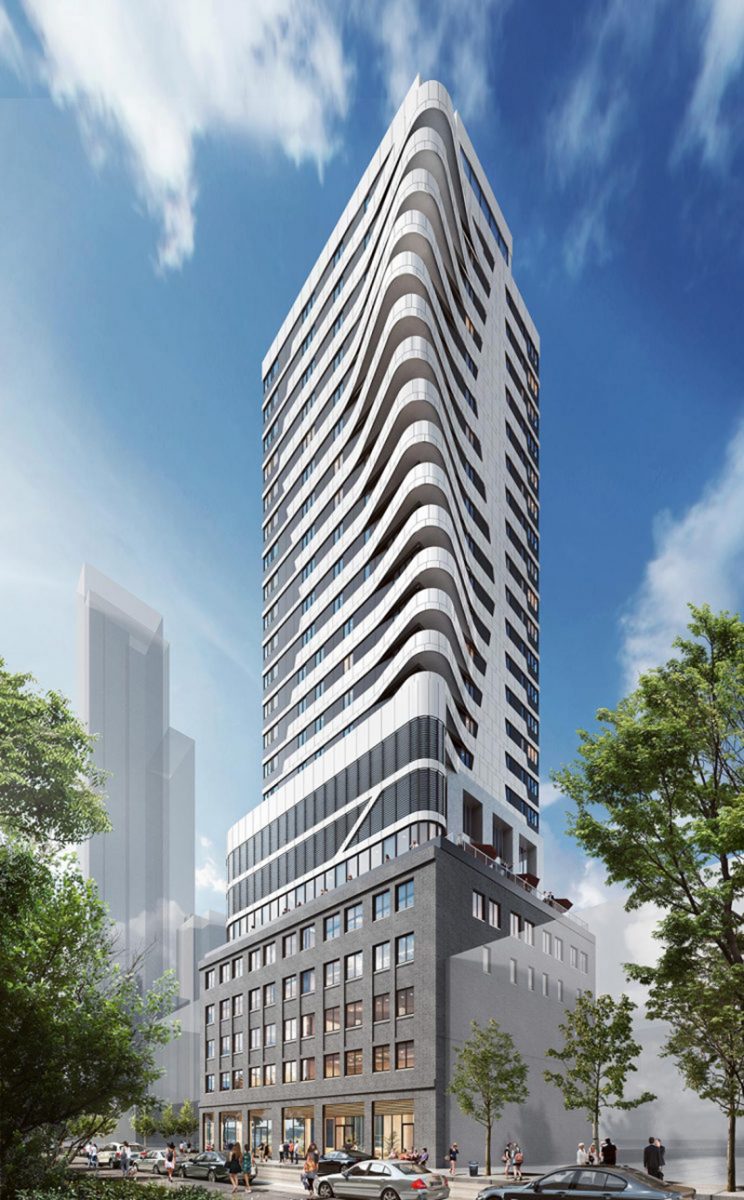 The Art Moderne-inspired facade of 24-16 Queens Plaza South is starting to show progress. The tower is already topped out at 23 stories, and stands next to the elevated 7 train in Long Island City. Silverback Development is the developer of the residential project. The building was previously purchased from Greystone Development at a cost of $80 million. The acquisition calls for a conversion from rentals to condominiums. 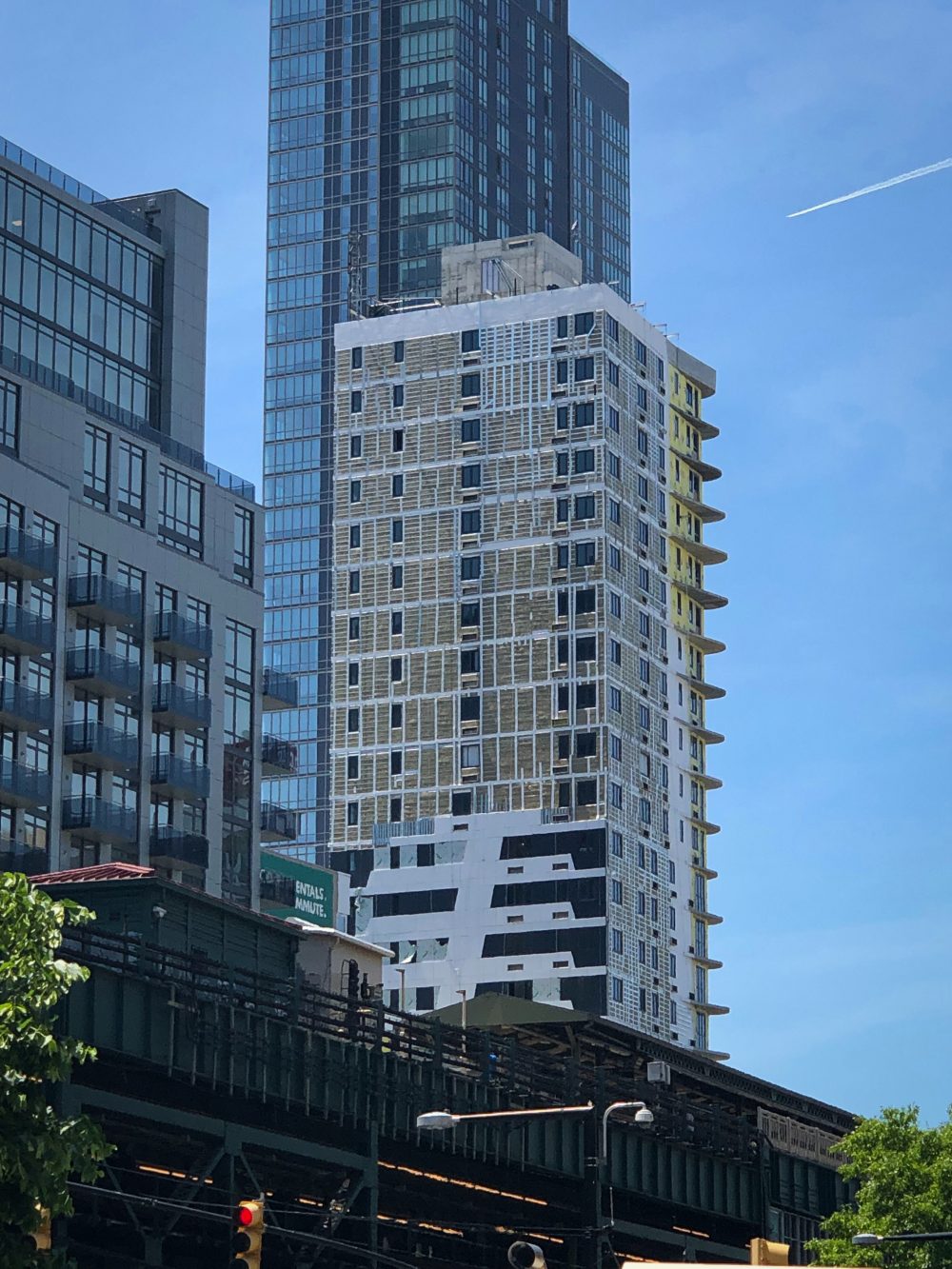 Woods Bagot was the original architect of record, and is now overseeing the conversion. There will be 109 units in total, with a mix of studios, one-bedroom, and two-bedroom homes. The light and dark geometric panels are now making their way up each side, and surrounding the loose grid of windows.

The western elevation of 24-16 Queens Plaza South that faces Manhattan has the more interesting and signature architectural profile, featuring curved and protruding balconies on the corners of the reinforced concrete structure. All the windows have been installed from the lower levels to the flat roof parapet. The project  may not be the tallest of the cluster of new developments in Long Island City, but the facade will definitely stand out amongst the sea of glass towers.

Retail space will sit on the ground floor of the original five-story, pre-war commercial building and measure 3,863 square feet. The 7, N, and R trains and the entrance to the Ed Koch Queensboro Bridge are located just outside the property. This will make commuting in and out of Queens extremely convenient.

A completion date for 24-16 Queens Plaza South has not been announced yet, but sometime in 2020 seems likely. Other components of the project such as the residential amenities package and the remaining construction timeline have not been publicly released.