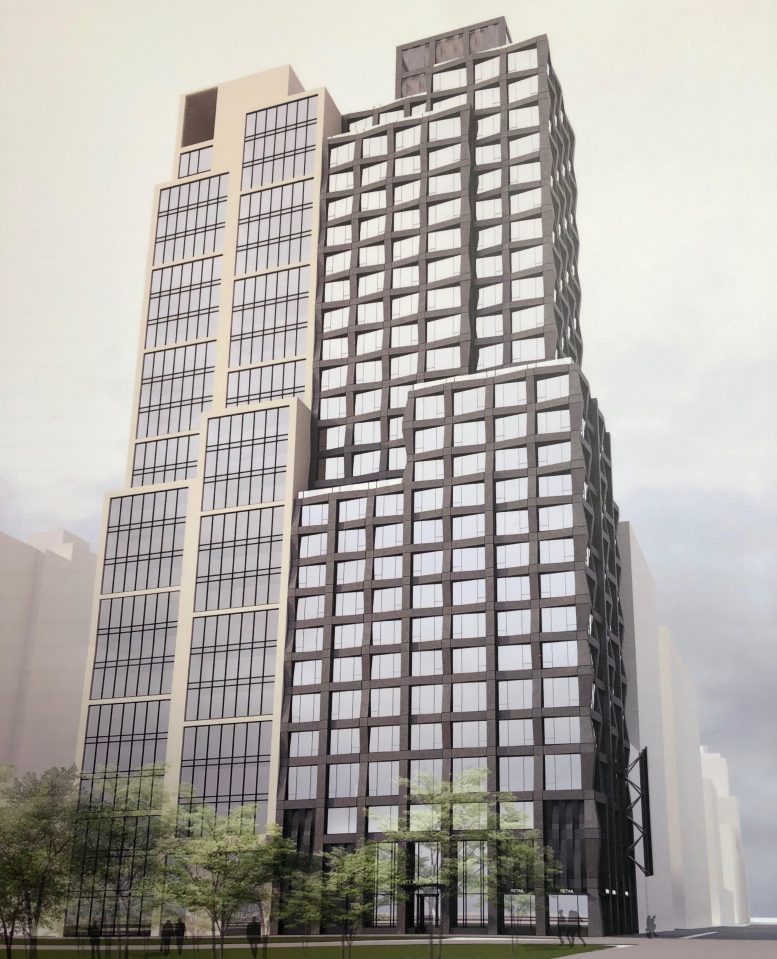 Work has begun on the curtain wall of 111 Varick Street, a topped-out 27-story residential building in Hudson Square. Designed by S9 Architecture and developed by Madigan Development, project is located at the northern corner of Varick Street and Broome Street, near the entrance to the Holland Tunnel. CM & Associates is in charge of the construction process, which has shifted to the installation of the building’s signature slate-colored geometric paneling.

New photos from street level and from above show the progress of the façade work. The zigzagging pattern formed by the prefabricated paneling immediately distinguishes the building from its surroundings. This framework will eventually be filled with floor-to-ceiling windows. 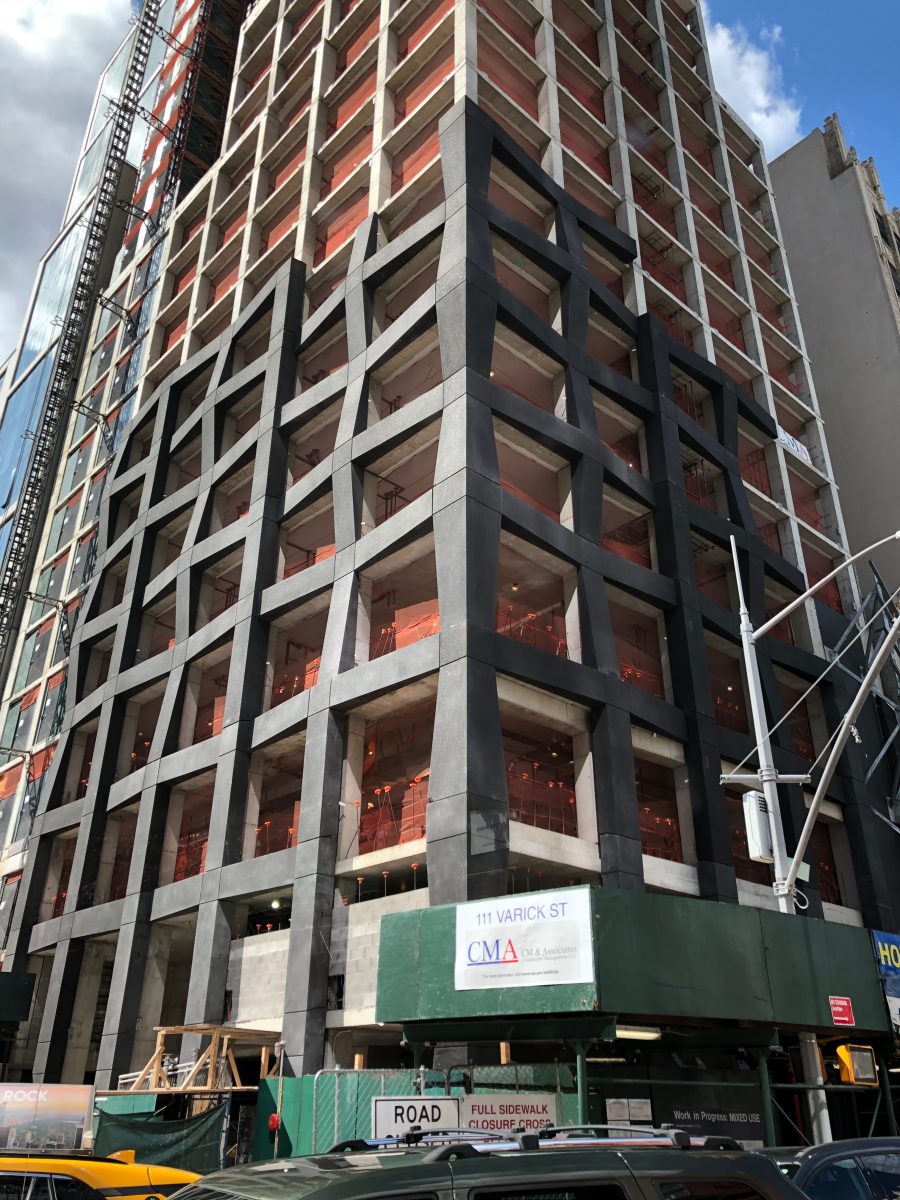 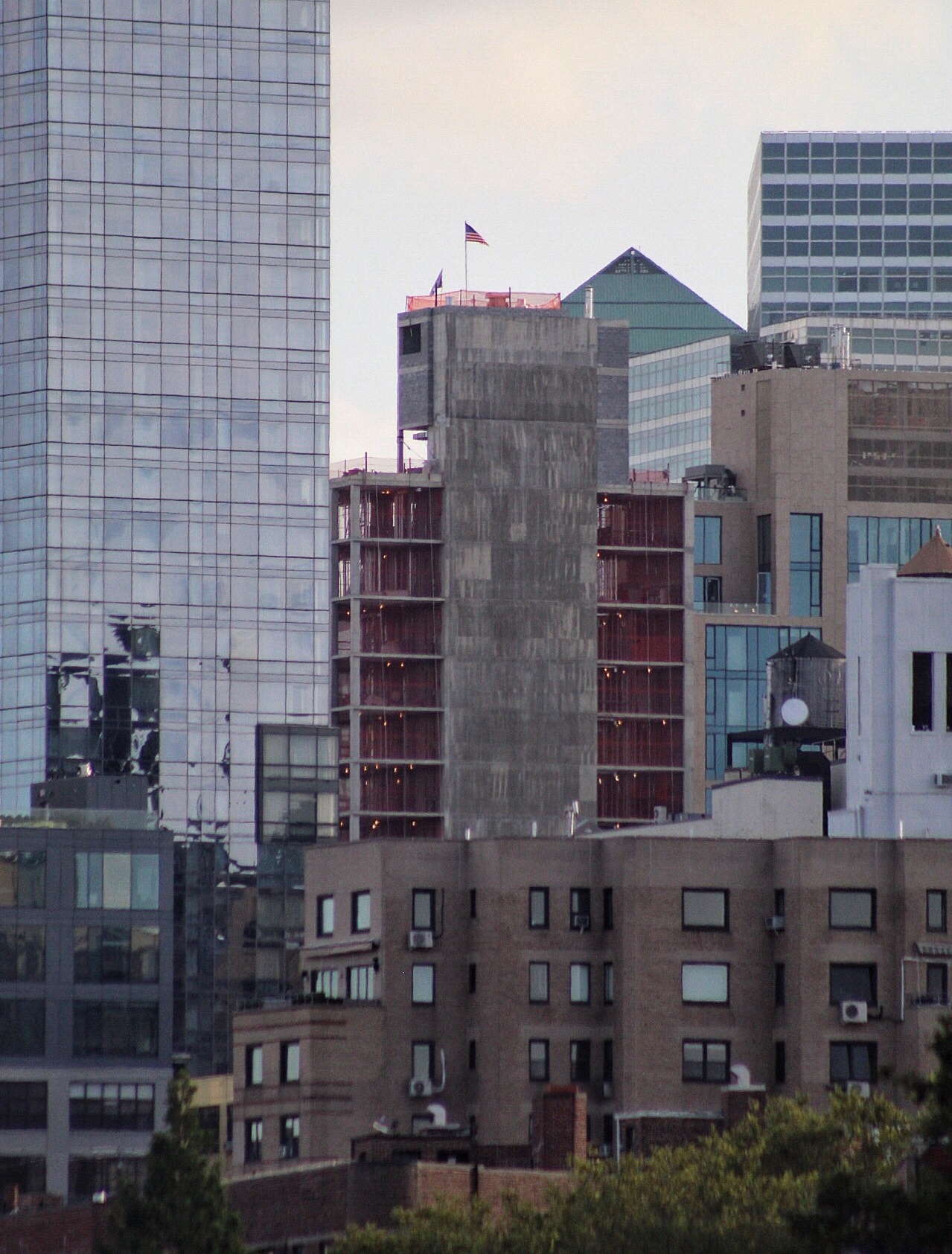 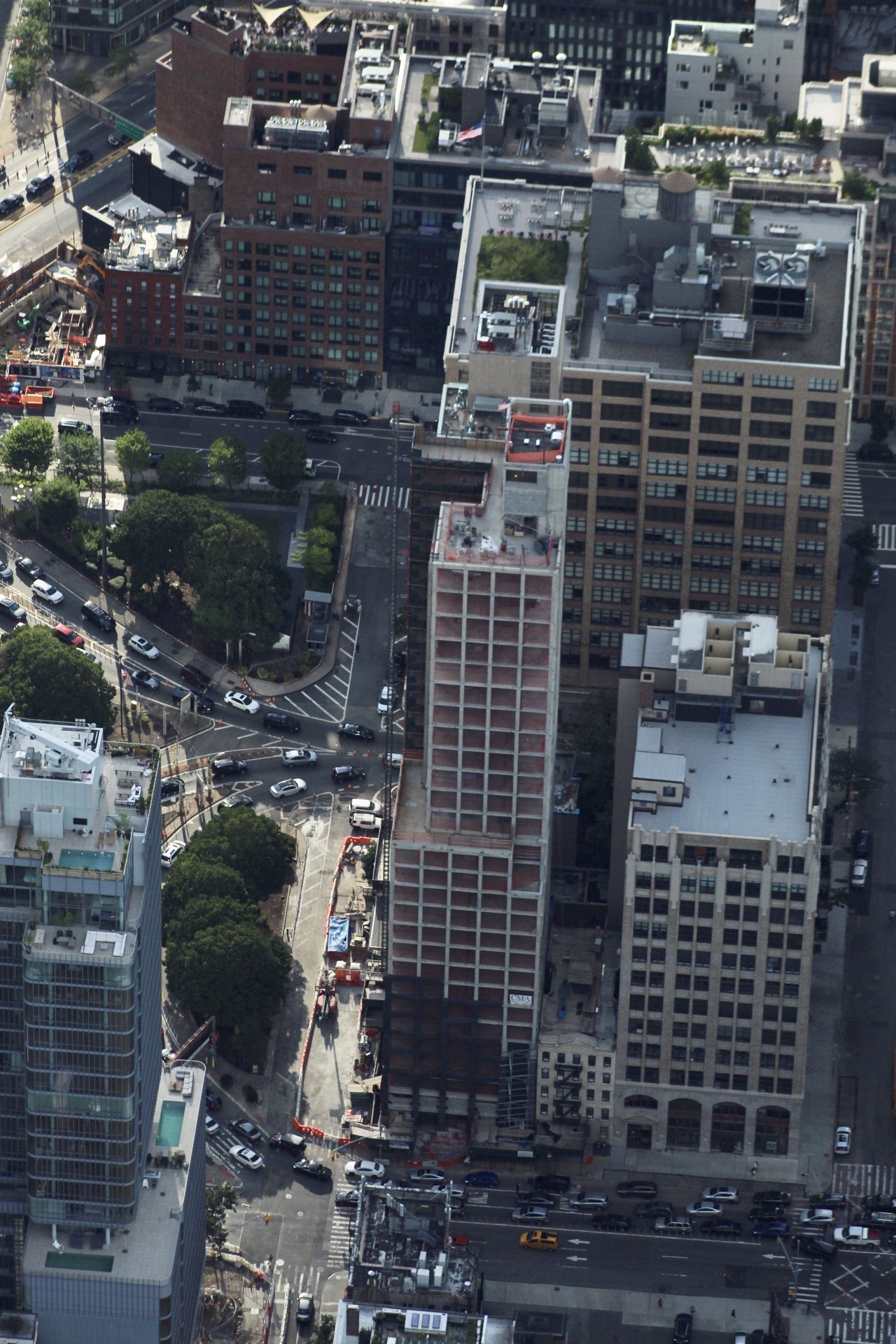 111 Varick Street from above and looking at the eastern elevation. Photo by Michael Young

The shifting light and shadows on the varying angles of the dark-colored curtain wall will certainly make for a dramatic visual statement. 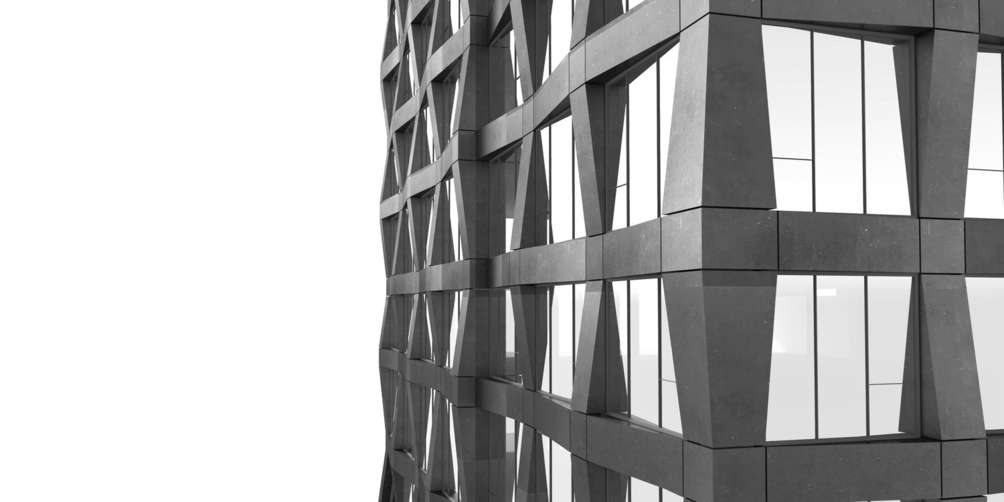 Close-up of the façade and the sloped angles. Rendering by S9 Architecture 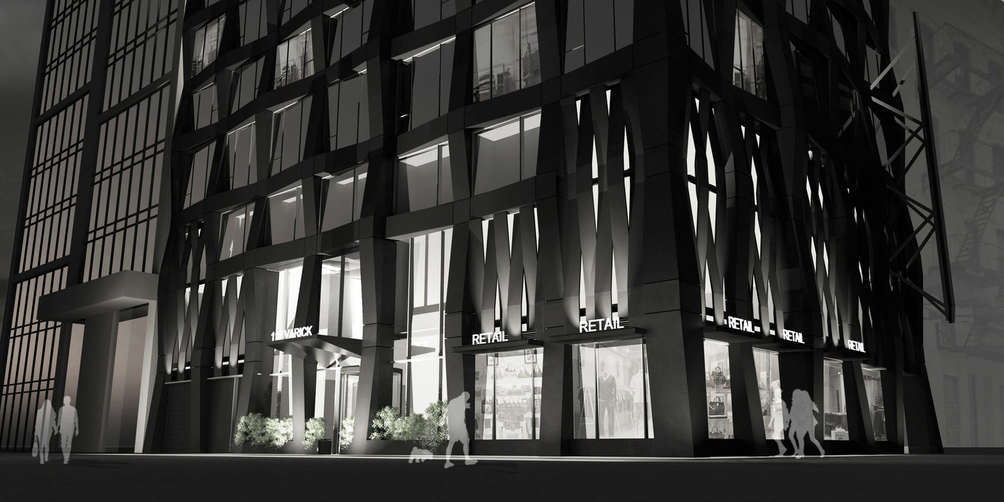 The rendering below also shows landscaping on the setbacks of the southern and eastern elevation, possibly for only a handful of units. 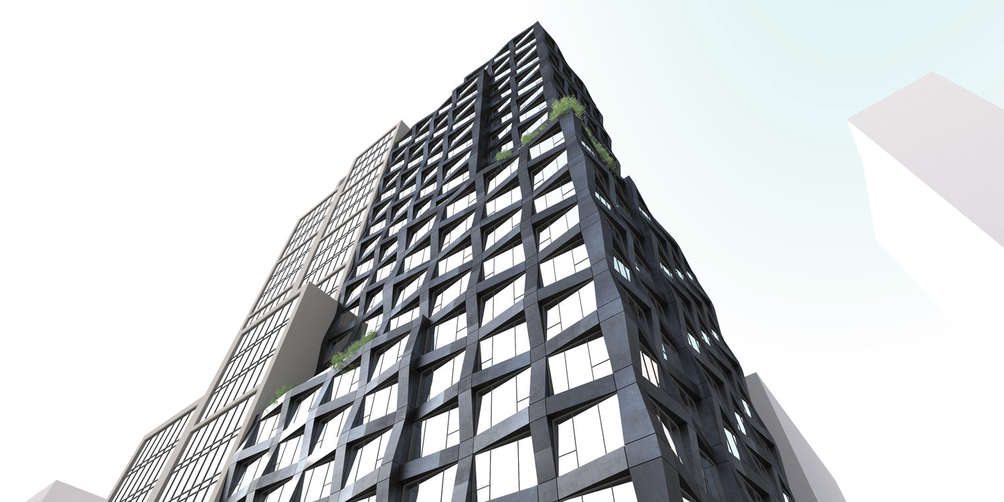 Looking up at the building and its dynamic façade. Rendering by S9 Architecture

111 Varick Street will contain a total of 100 affordable and market-rate units, as well as ground-floor retail space. Amenities include a 15-car parking garage, a roof terrace for all residents, bicycle storage, a lounge, and a laundry room. The closest subway is the Spring Street station, serviced by the C and E trains.