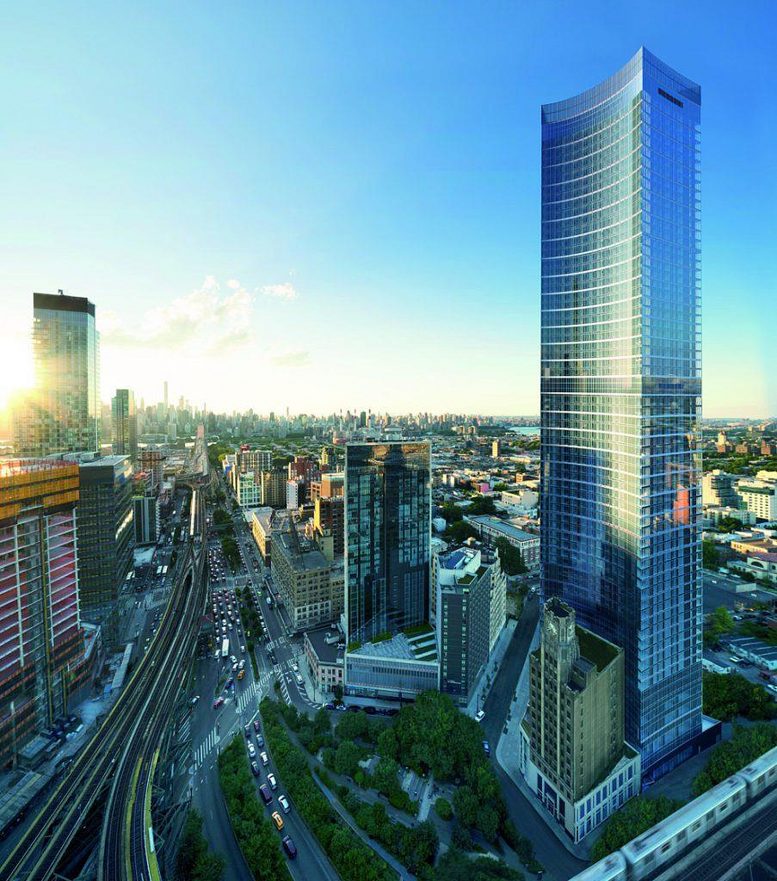 Queens Plaza Park’s glass façade is rapidly ascending at 27-29 Queens Plaza North in Long Island City. Construction of the curved reinforced concrete superstructure is nearing the halfway mark of the residential skyscraper, known as Sven, which will eventually stand 755 feet tall, making it the second-tallest building in Queens and the outer boroughs. The 67-story project, also addressed as 29-37 41st Avenue, is designed by Handel Architects and being developed by The Durst Organization. Selldorf Architects is in charge of interior design.

Photos show the reflective glass façade ascending the curved structure, the distinctive shape of which is becoming increasingly pronounced. 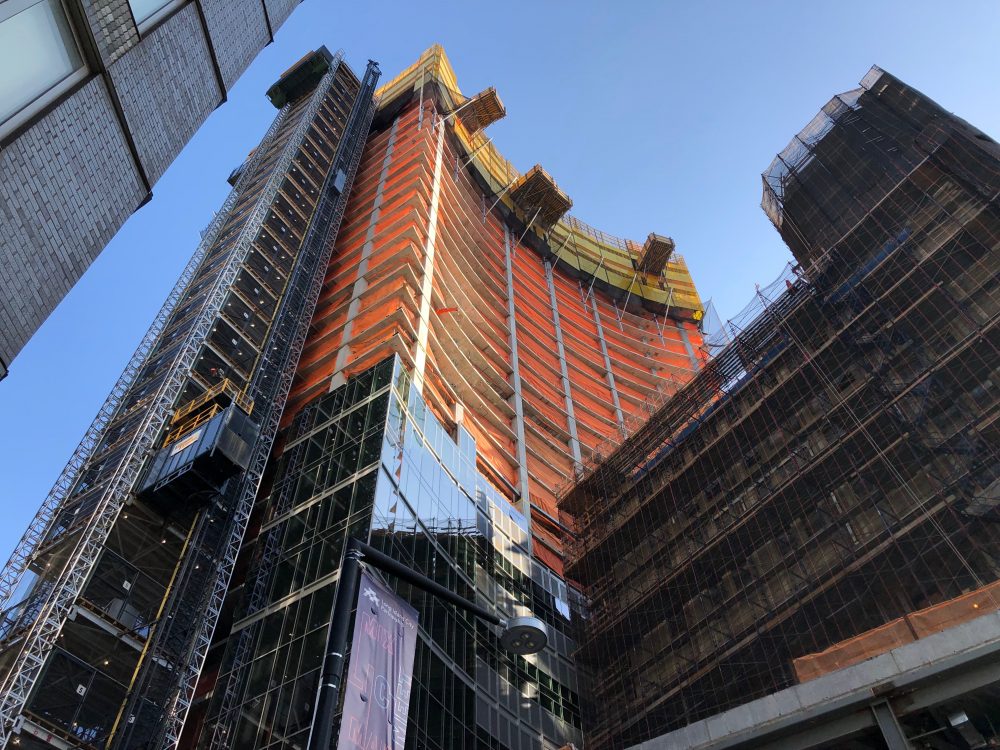 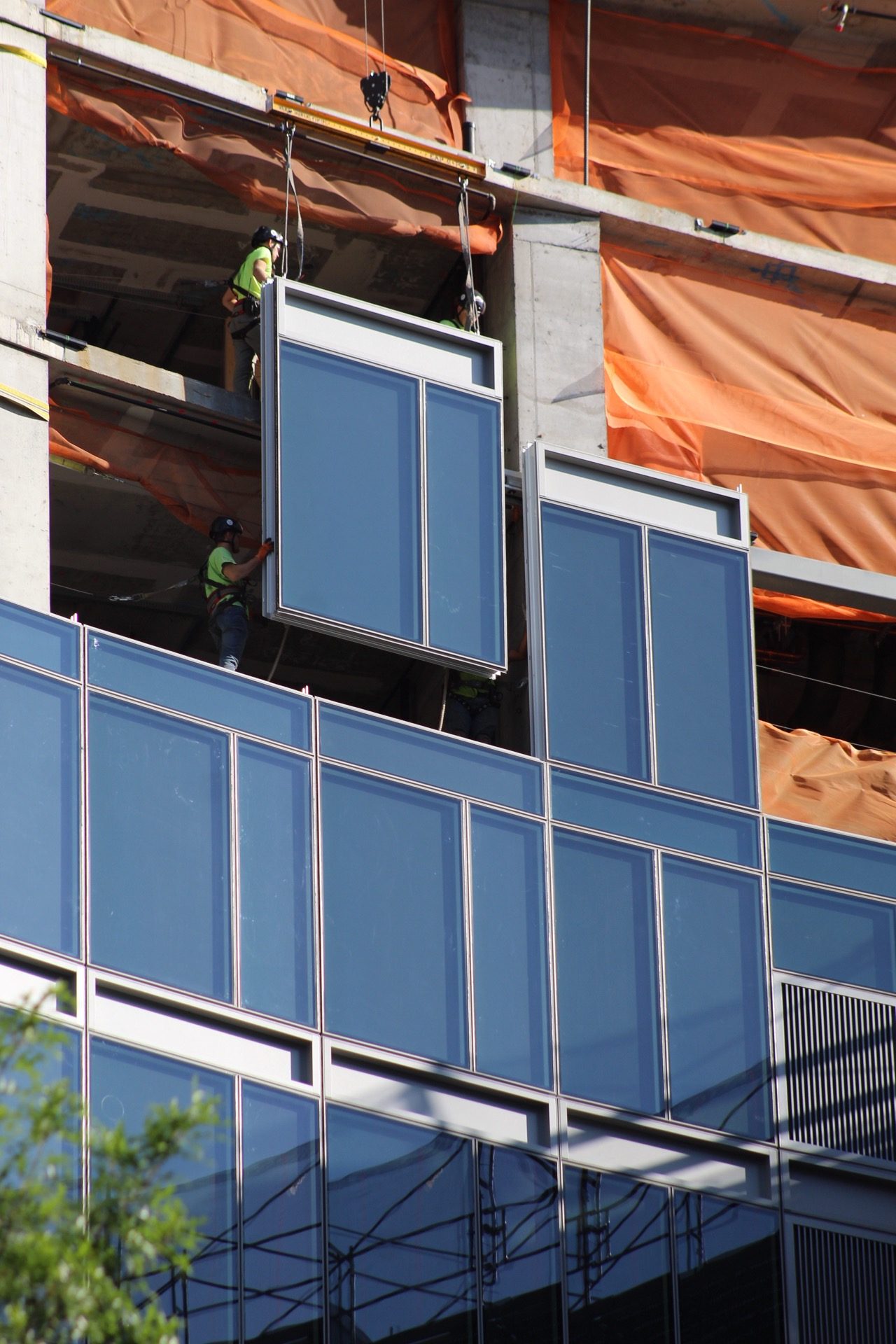 Workers installing a panel on the concave southern elevation. Photo by Michael Young 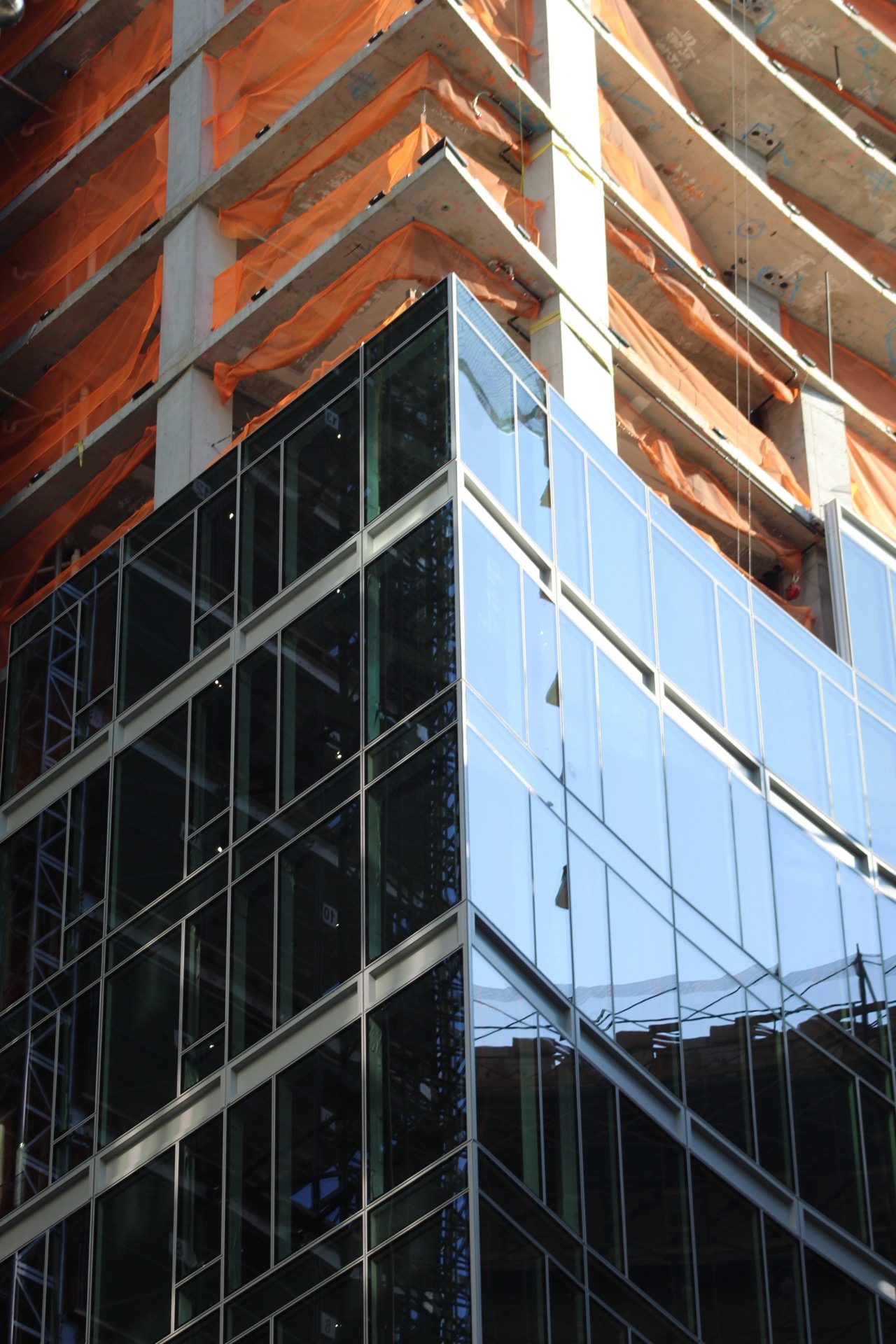 The southwestern corner of the structure. Photo by Michael Young 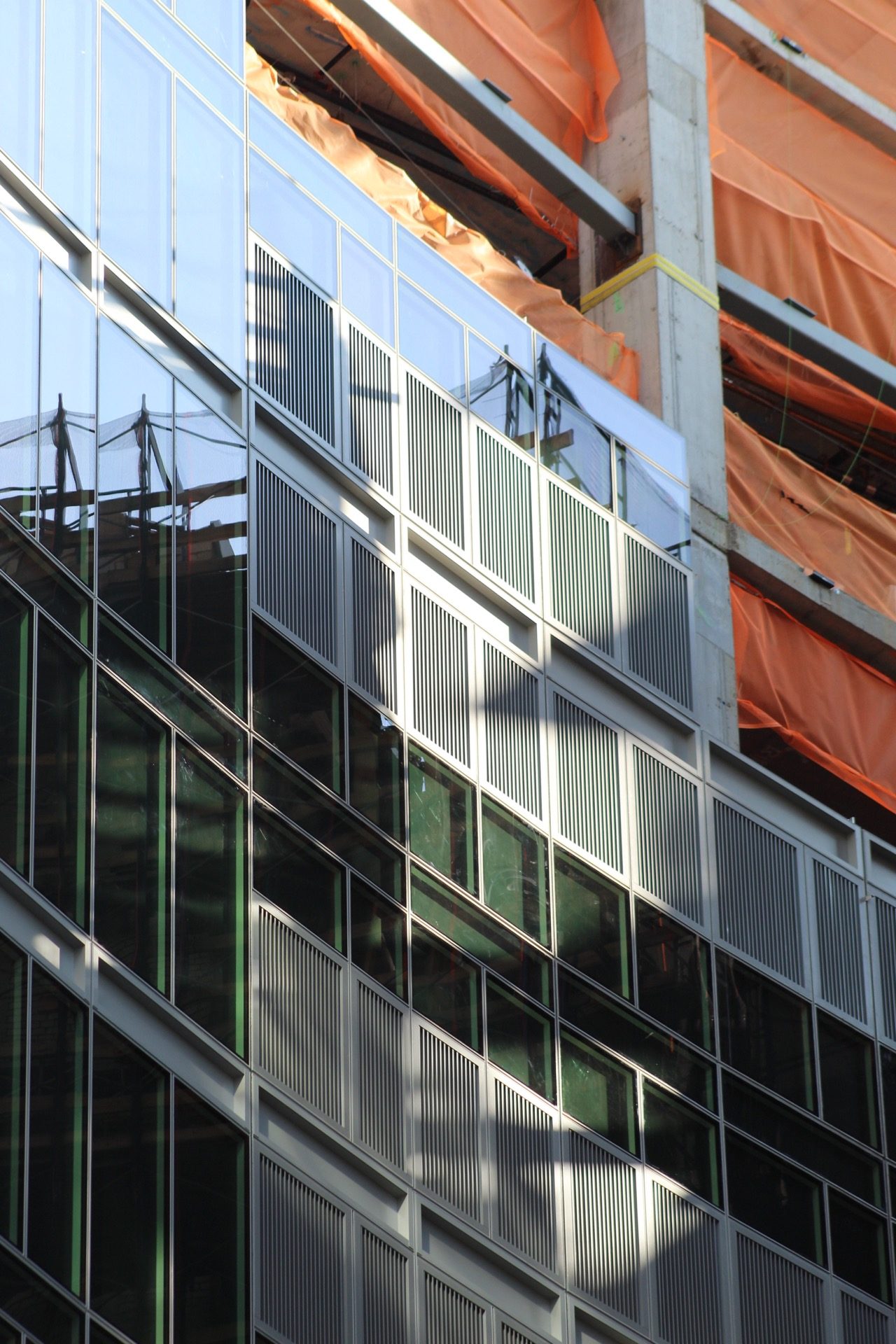 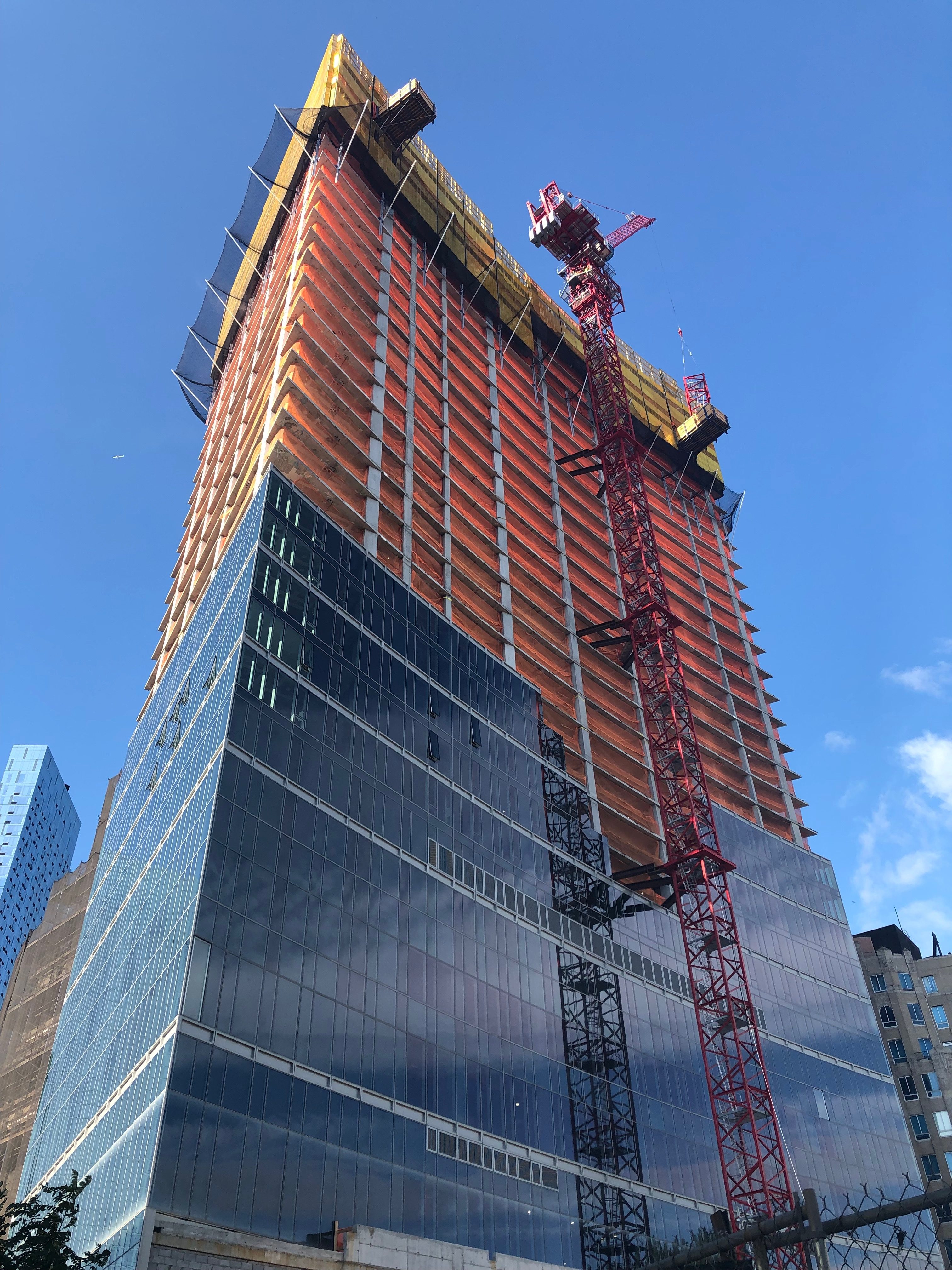 Looking at the northeastern corner. Photo by Michael Young 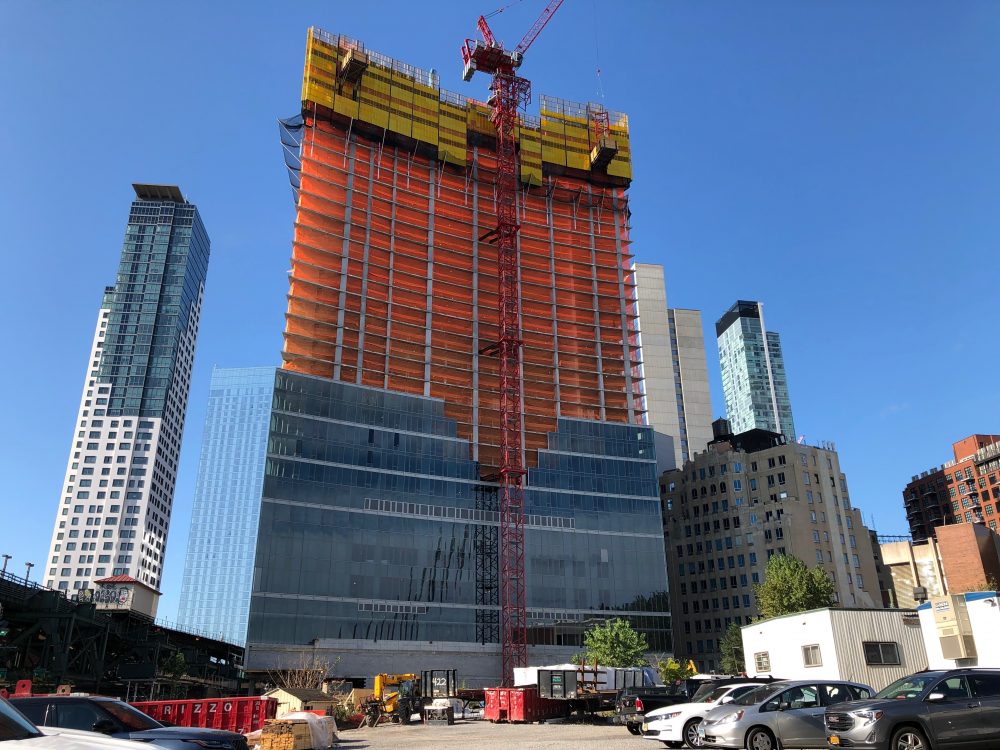 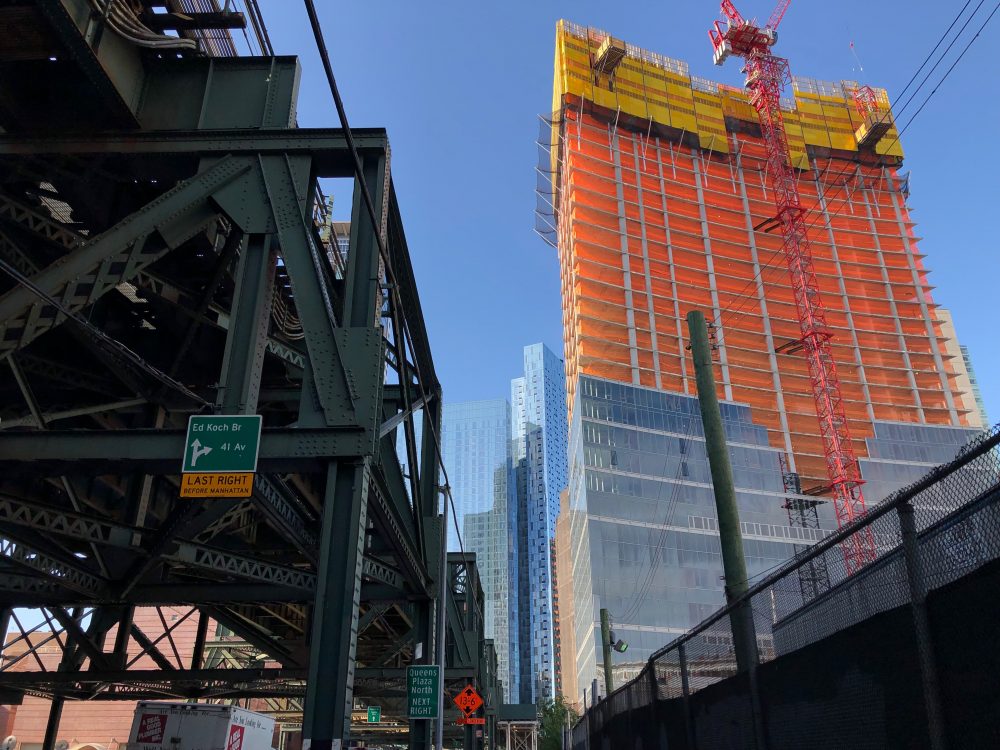 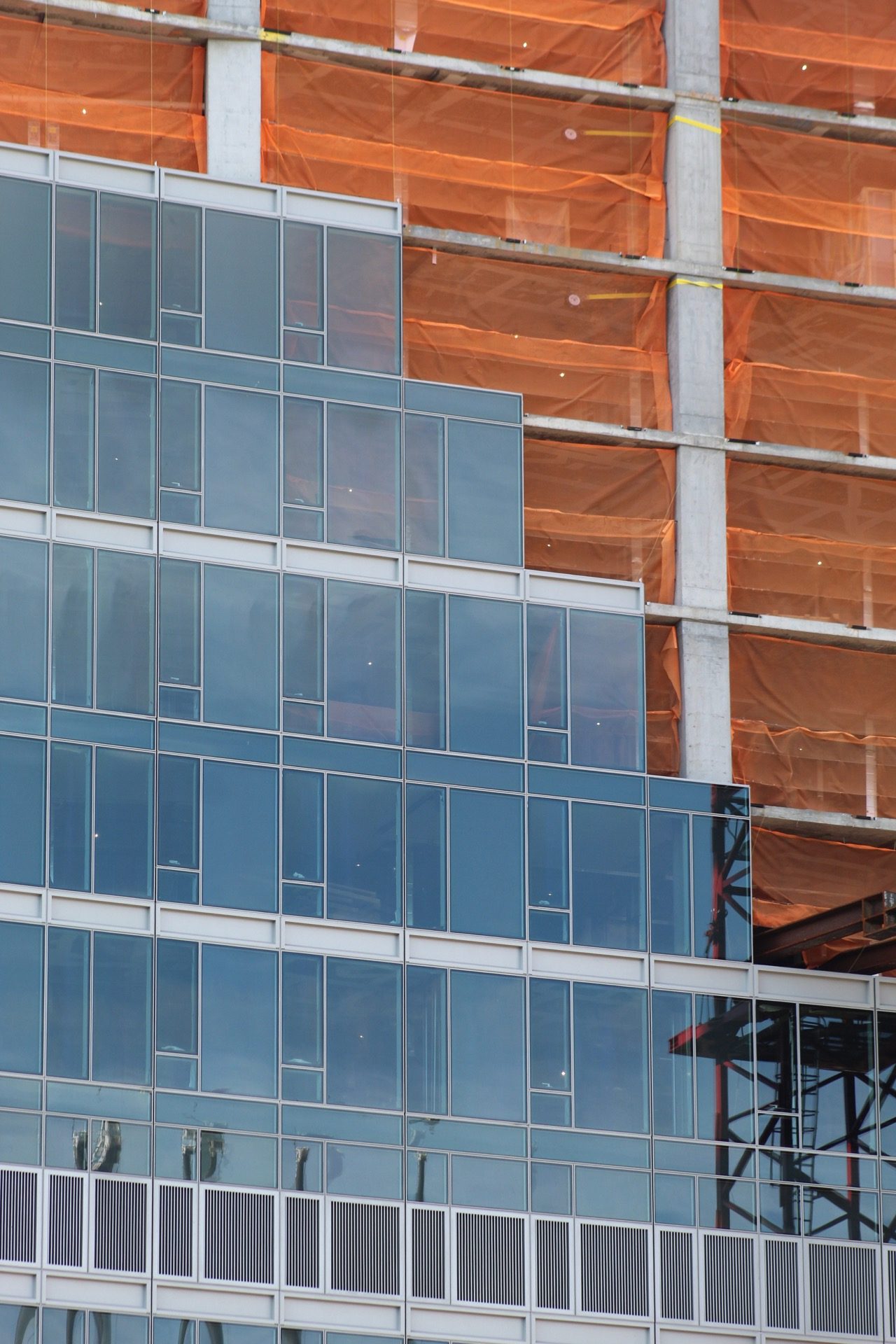 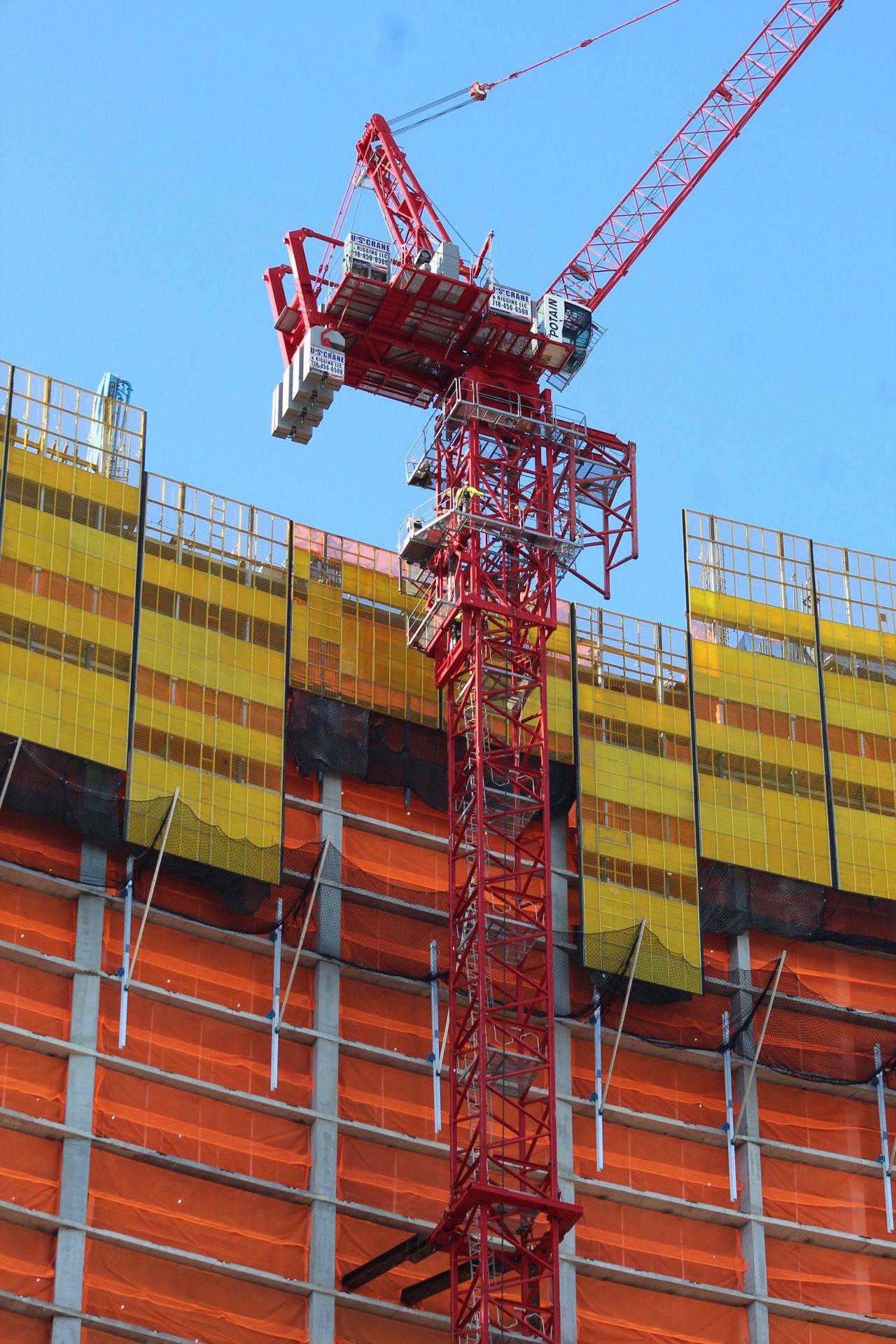 The construction crane and climbing cocoon. Photo by Michael Young

The 978,000-square-foot development will contain a total of 958 residential units, roughly 287 of which are dedicated to affordable housing. Amenities include an outdoor swimming pool, a 20,000-square-foot fitness center, a private residential library, co-working space, a children’s playroom, and a demonstration kitchen.

Queens Plaza Park may be surpassed in height by Skyline Tower by only 23 feet, but both glass skyscrapers will dominate the inner Long Island City skyline, providing views of Midtown, Lower Manhattan, Brooklyn, and Queens.

Completion of Queens Plaza Park will most likely occur in the second half of 2020 or early 2021 at the latest.