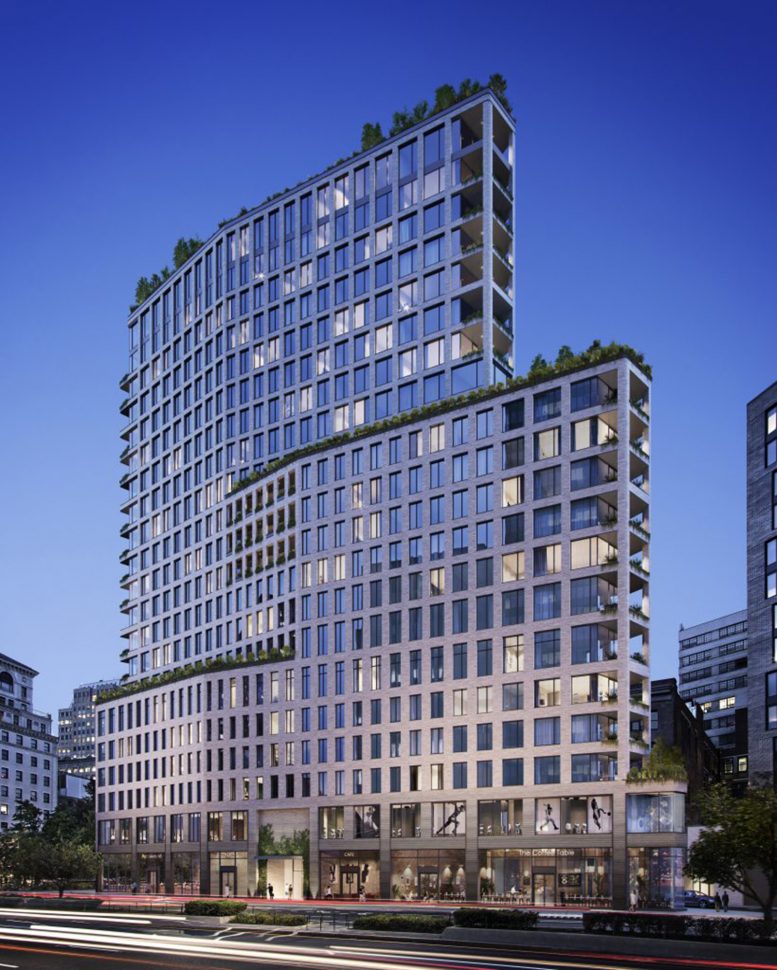 The angular reinforced concrete superstructure of One Boerum Place is rapidly taking shape in Downtown Brooklyn. Located on a narrow site bound by Boerum Place, Red Hook Lane, and Fulton Street, the mixed-use condominium building will eventually top out at 21 stories. The project is being designed by SLCE Architects and developed by Avery Hall Investments, Allegra Holdings, and Aria Development Group, which acquired a $165 million construction loan from Jutland Finance. One Boerum Place is expected to cost around $250 million.

New photos show the array of columns and floor plates that are forming the grid of the structure. 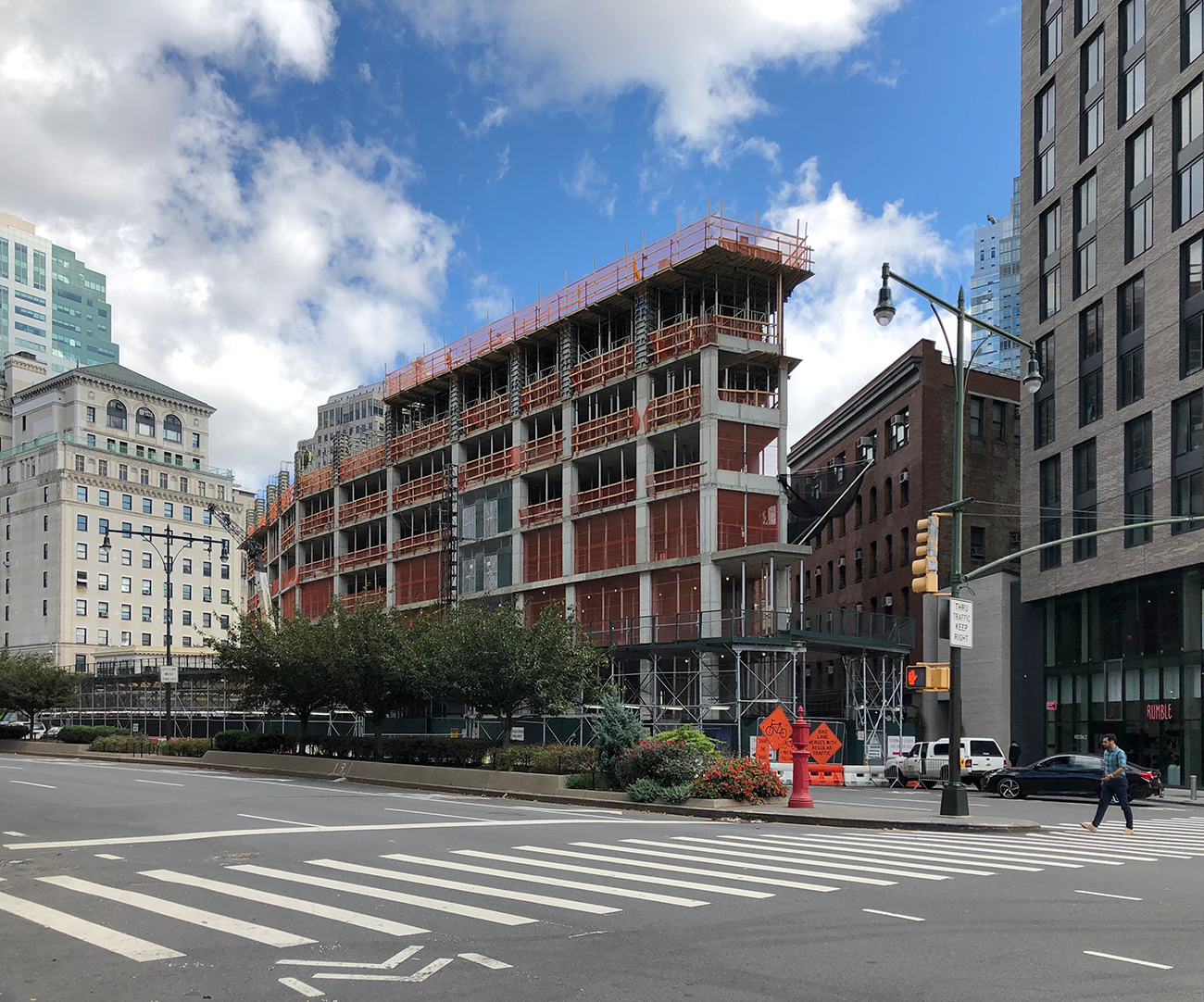 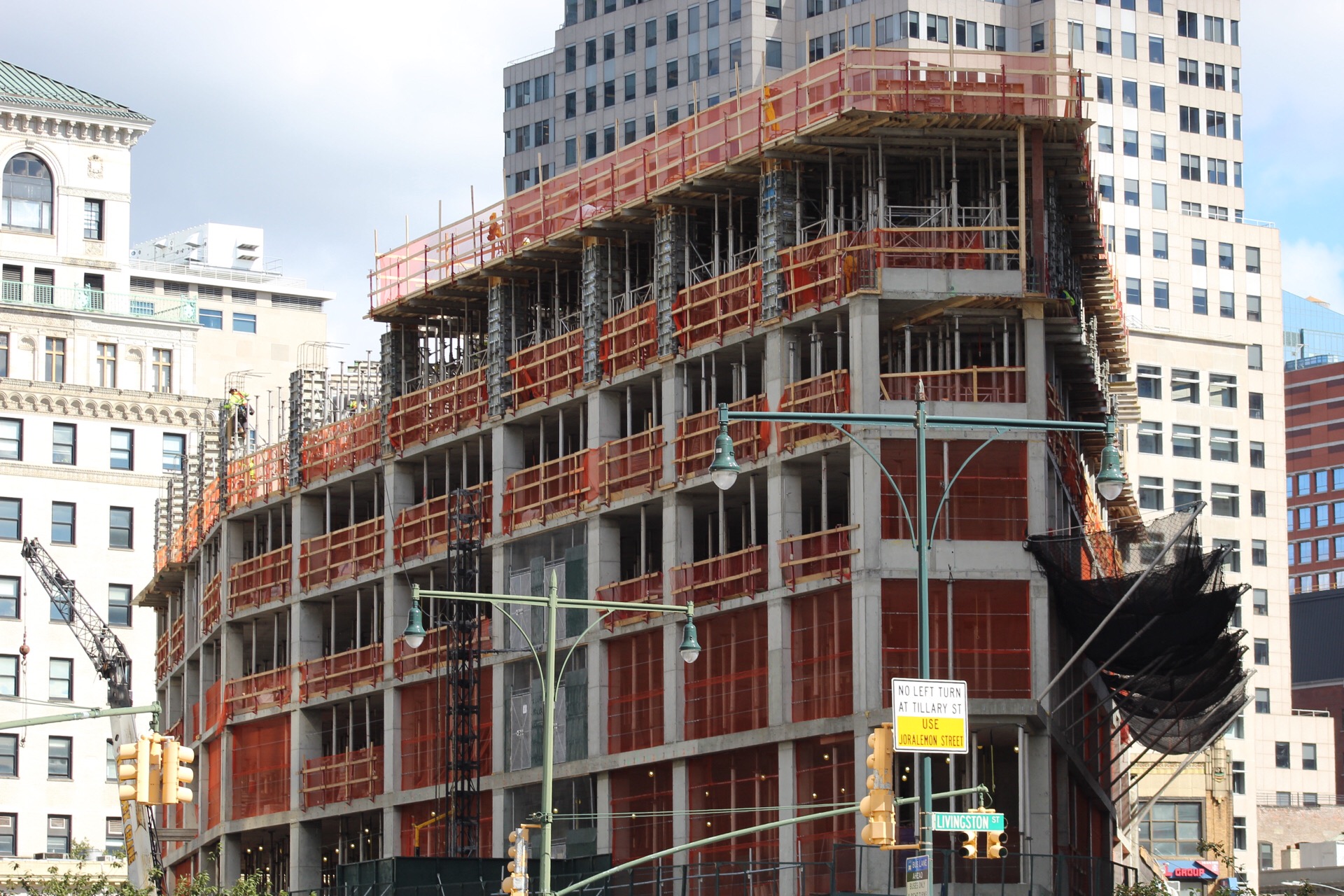 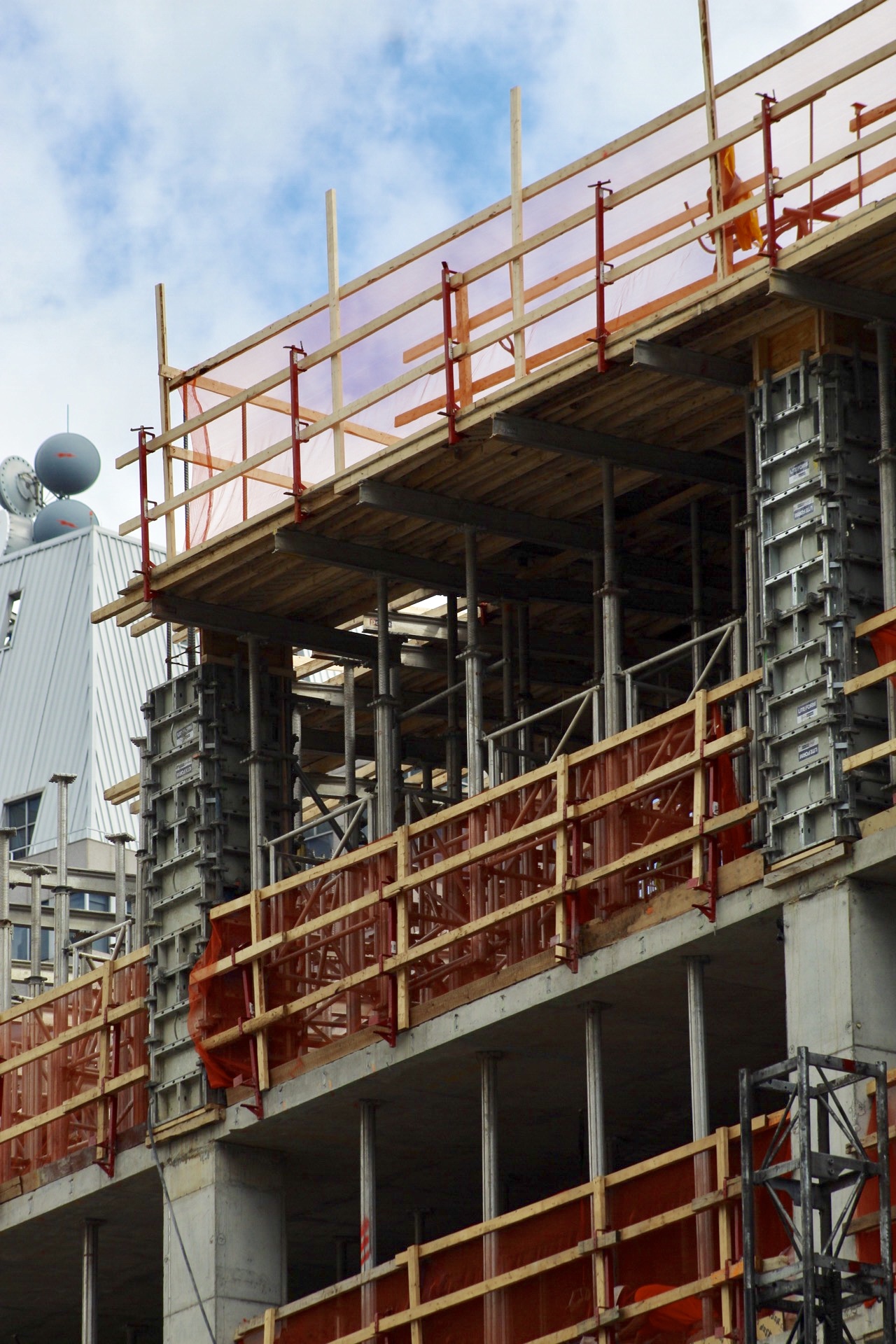 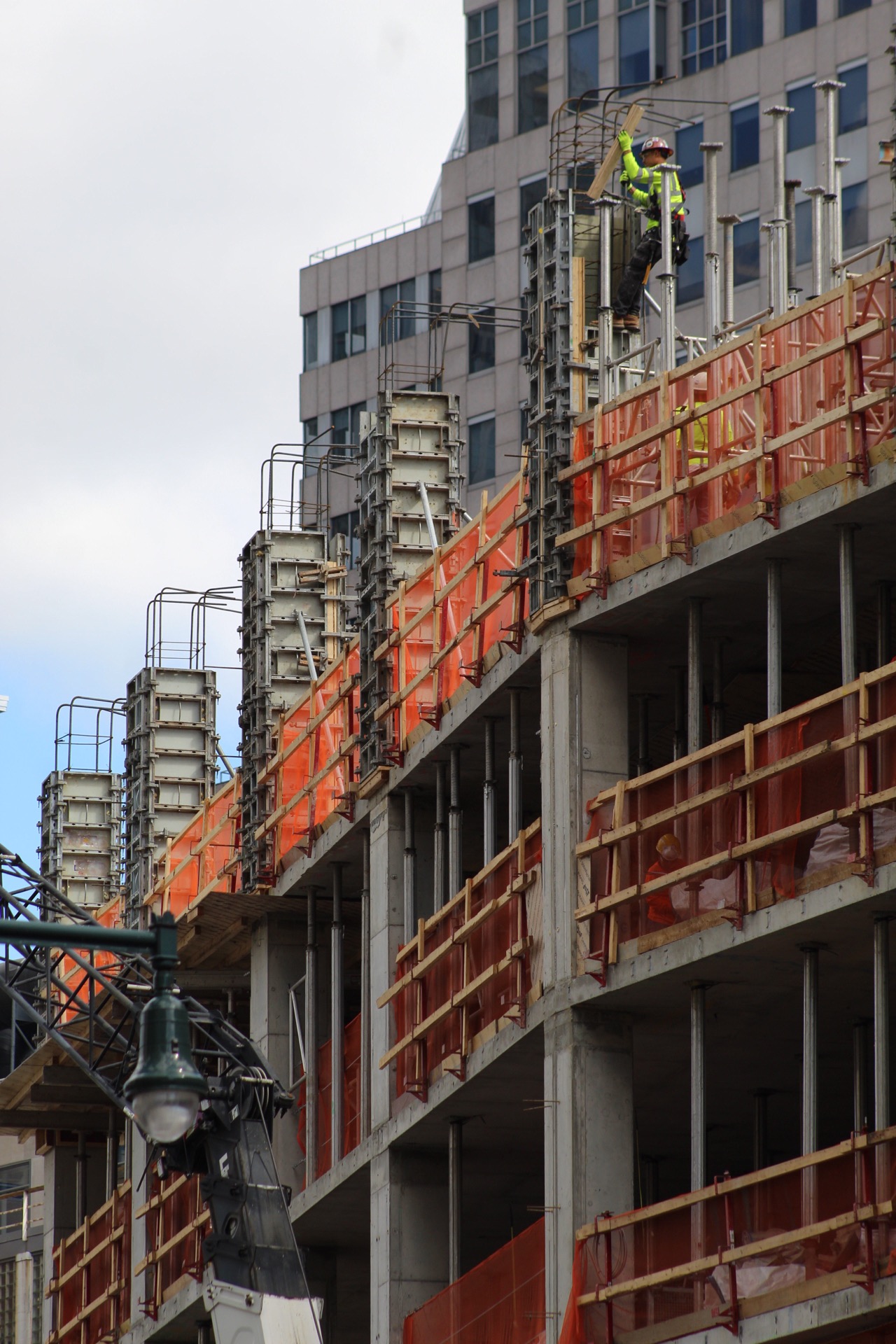 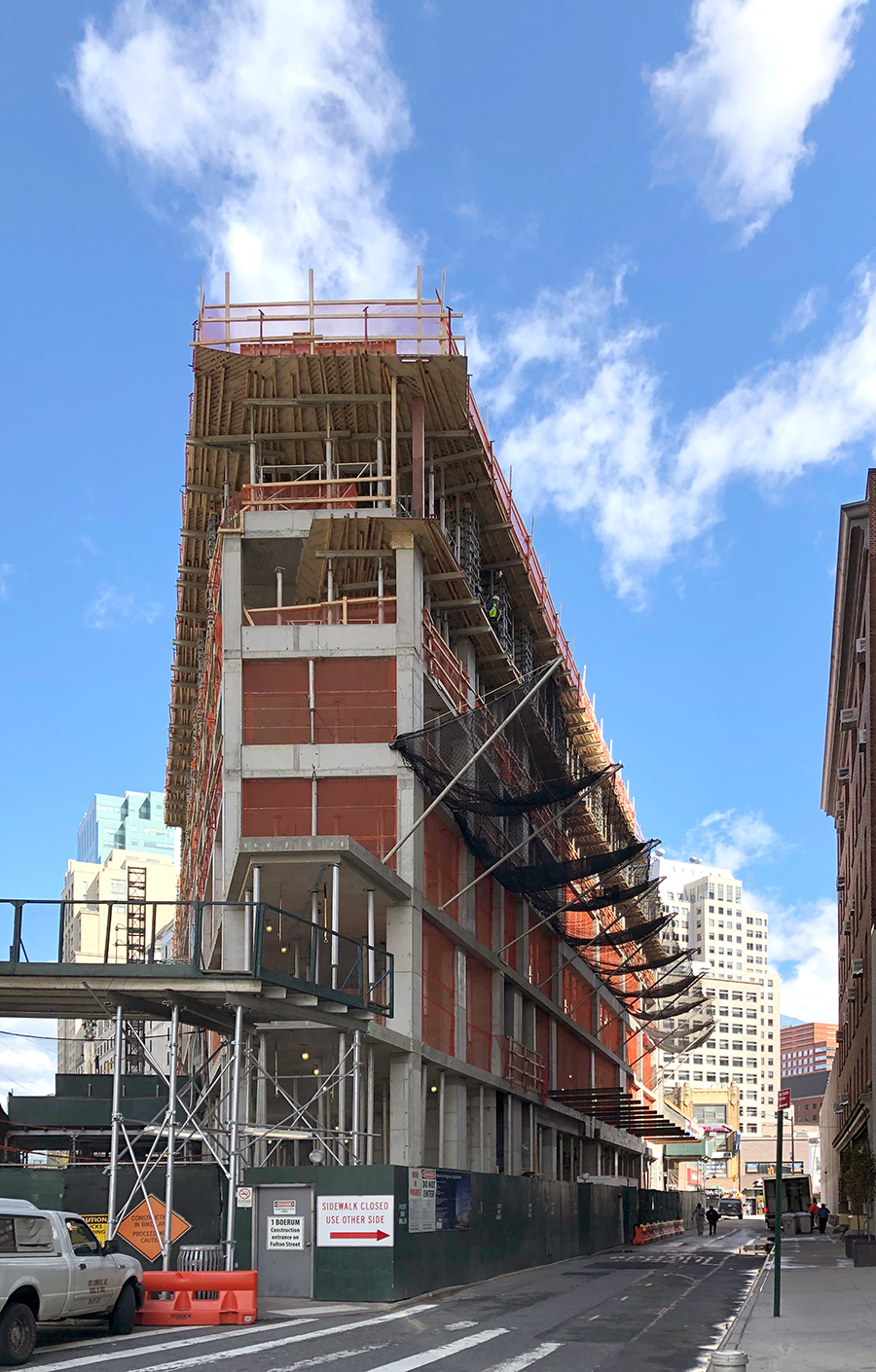 The southern tip of One Boerum Place. Photo by Michael Young 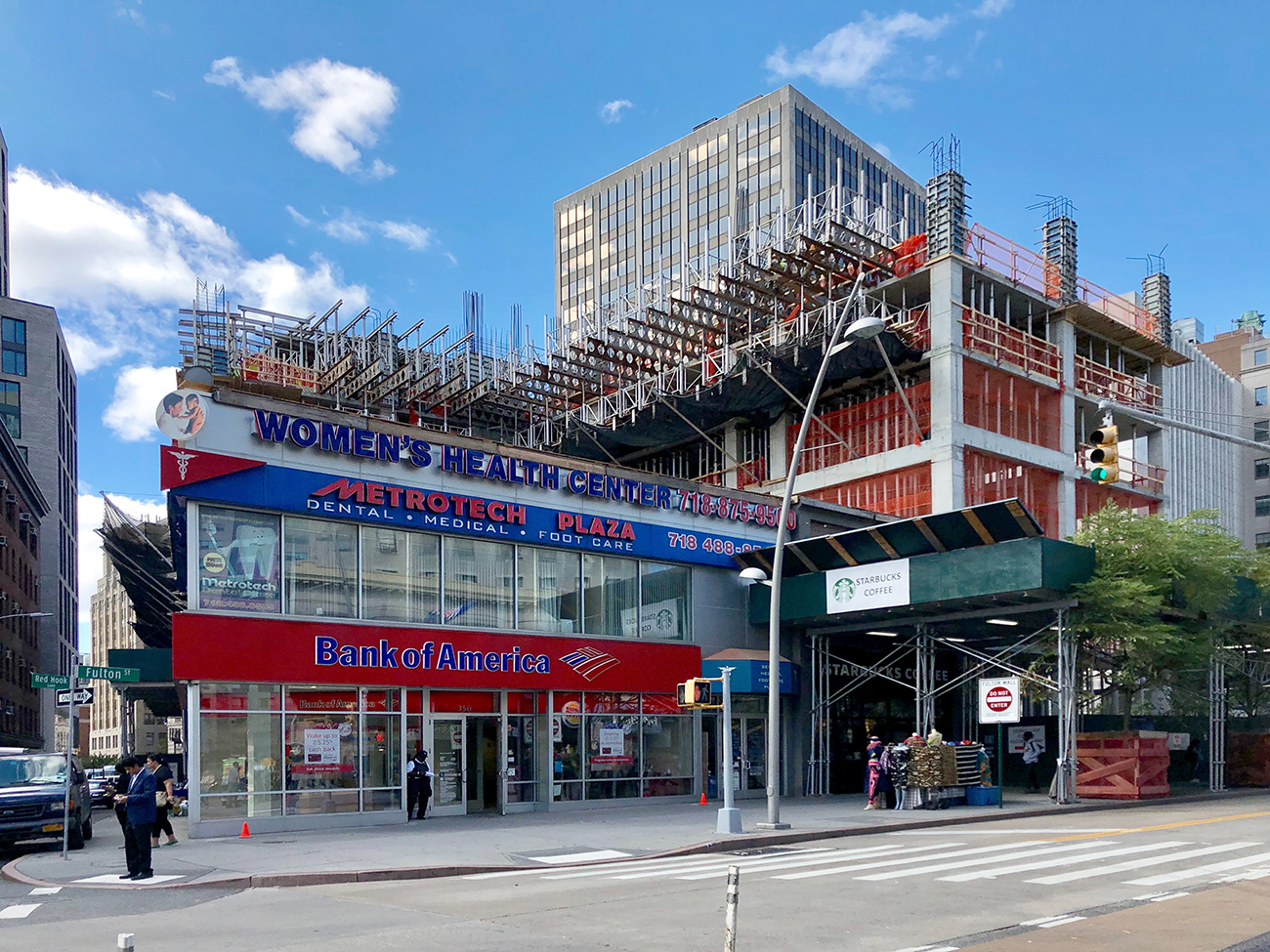 Looking at the back side of One Boerum Place. Photo by Michael Young

Work is about to reach one of several setbacks that form the building’s unique profile. The formwork and steel rebar can be seen sticking out of the columns, while formation of the floor slabs and installation of the temporary slab scaffolding is continuing. One Boerum Place will contain nearly 22,000 square feet of ground-floor retail space in addition to 183,000 square feet of residential area, which will be spread across 122 units. Homes will be available in one-, two-, and three-bedroom configurations. Amenities include a two-story fitness center, swimming pool, sauna, an entertainment lounge, a children’s playroom, a 24/7 doorman and concierge service, a parking garage, a storage room, and a landscaped rooftop deck with an outdoor kitchen and seating.

The construction project takes up almost the entire parcel, with only a small undeveloped section in the northern corner that has a Bank of America, a Starbucks, and a health center. The structure should most likely top out by the middle of next year.

One Boerum Place is expected to be completed sometime in the first quarter of 2021.