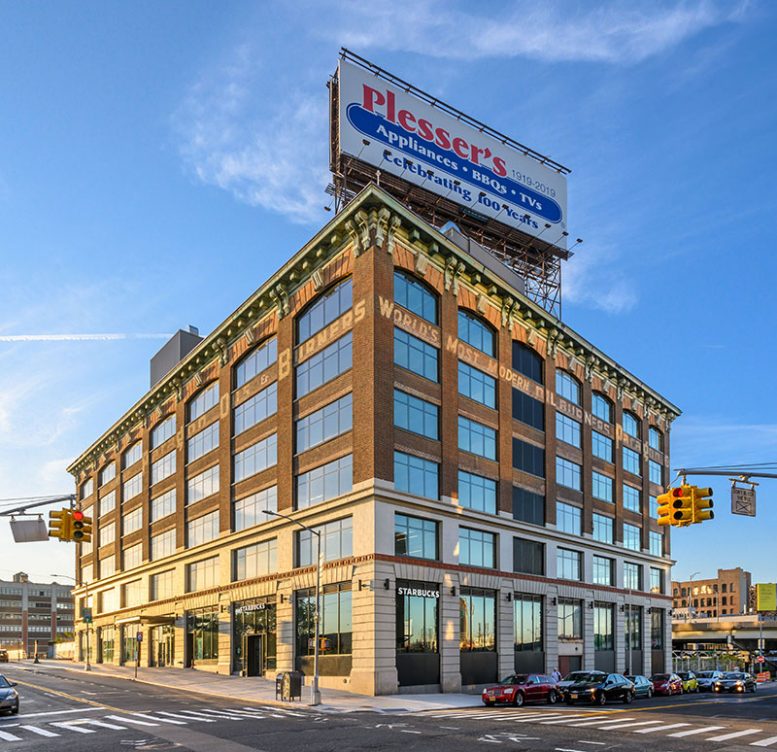 This week, Related Companies unveiled multiple lighting displays and mural installations located within a mixed-use complex known as The Point LIC in Long Island City, Queens. The development is comprised of public walkways, a landscaped plaza, and two distinct commercial properties known as Paragon and Blanchard.

The lighting project was led by Totem, an urban design and real estate development firm that has previously coordinated a number of large-scale design installations across New York City. For installations within The Point, Totem’s in-house design studio, known as FANTÁSTICA, collaborated with Brooklyn-based lighting artist Todd Polenberg to develop and install an LED installation along a 140-foot pedestrian underpass that runs beneath the Long Island Expressway. Titled “Light Speed,” the installation is intended to represent the physical connection between city streets and the people that inhabit them.

Totem also worked with Brooklyn-based lighting artist Chris Jordan to develop abstracted digital images that will be projected on the pedestrian bridge at 21st Street between 50th and 51st Avenues. Titled “Lumi Ciclo,” the projections are comprised of high-contrast stripes and blends of color that slowly change over time. 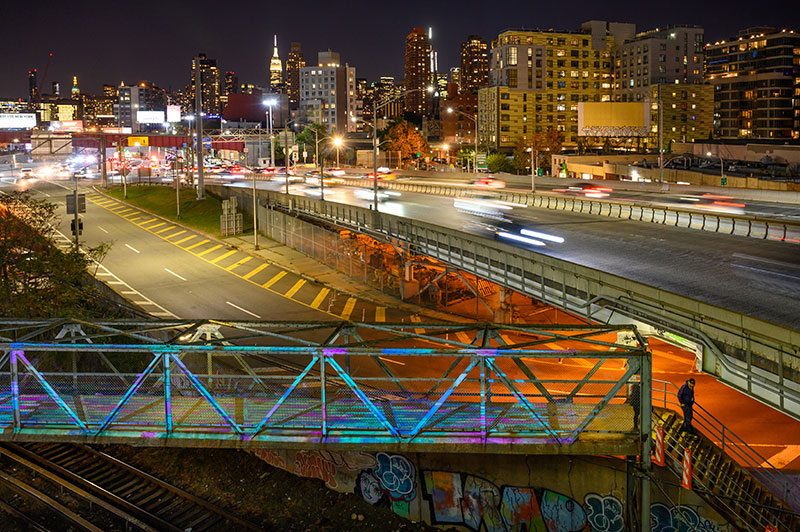 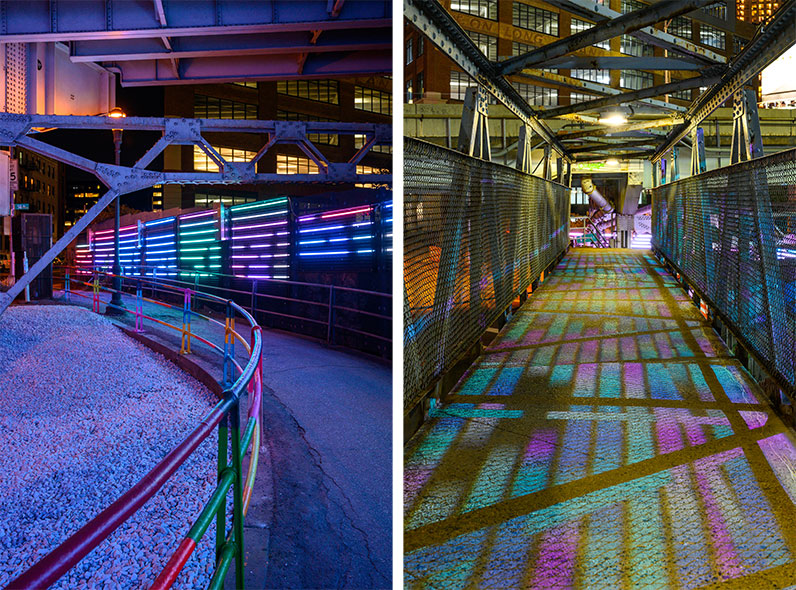 The Walkway by Todd Polenberg and J. Manuel Mansylla and the one on the right is the bridge installation by Chris Jordan. Courtesy of CTC Studio for Related Companies

In addition to the lighting installations, street artist Mauricio Arenas, known colloquially as DeGrupo, contributed two new murals within The Point. The first, titled “DIVERSITY AND UNITY,” is located in a pedestrian underpass. “THE POINT LIC,” DeGrupo’s second work, is located at the entrance of The Paragon.

An original painting, also by DeGrupo, is displayed in the lobby of Paragon titled “WELCOLORS 23.” 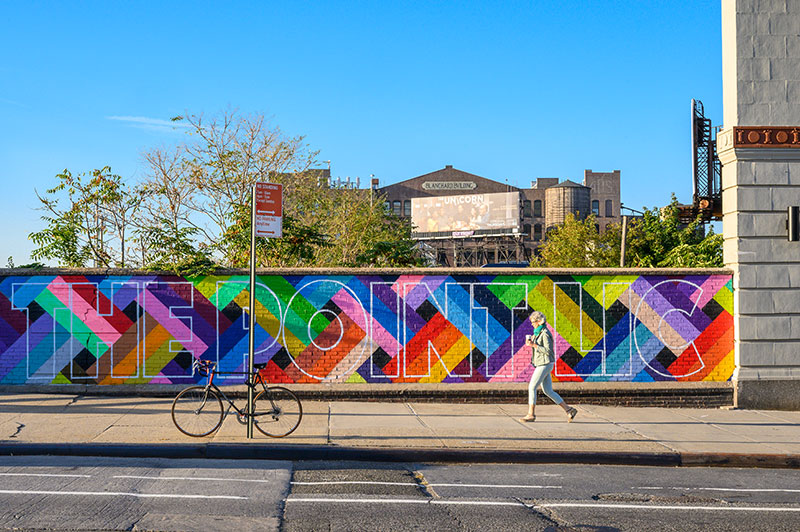 The Point LIC Mural by Mauricio Arenas aka Degroupo. Courtesy of CTC Studio for Related Companies 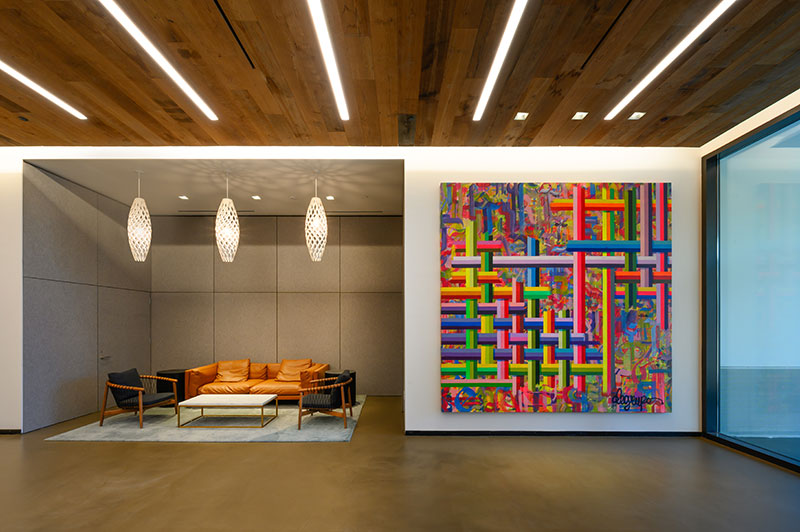 WELCOLORS 23_by Mauricio Arenas aka Degroupo seen in The Paragon Lobby. Courtesy of CTC Studio for Related Companies

“These two new light installations brighten a vital pedestrian connection for residents, workers, and visitors alike and help improve access between the Hunters Point Avenue transit hub and the vibrant area to the south in LIC,” said Elizabeth Lusskin, president, Long Island City Partnership. “We applaud Related and Totem for working with the community to improve the public realm for the entire neighborhood and thank our public partners at NYC DOT for supporting the project as part of their Artervention initiative.”

The Point, owned by Related Fund Management and GreenOak Real Estate, will also be home to a new café operated by Coffee Project NY. The cafe will open on the ground floor of the Blanchard building and will include 1,600 square feet of indoor and courtyard seating, a roasting facility, and a “coffee lab” with a tasting room for visiting patrons.

Starbucks recently opened a new café at the base of The Paragon on the southeast corner of 49th Avenue and 21st Street.

“The walk to the office and afternoon coffee run are central to the workplace experience, and we’re thrilled to be able to enhance those moments for the Hunter’s Point corridor through the lighting revitalization of a highly trafficked pedestrian passageway and the addition of both Coffee Project NY and Starbucks—which will quickly become part of the daily fabric for those who live and work in the neighborhood,” said Patrick Sweeney, managing director of Related Fund Management, the real estate credit and investment arm of Related Companies.