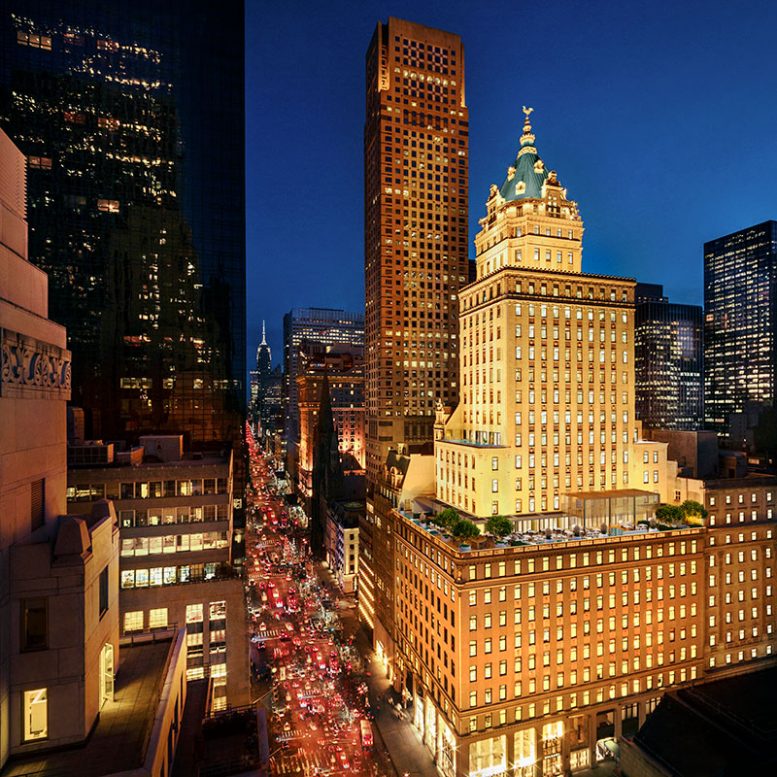 Rendering of Aman New York at the Crown Building

OKO Group has released renderings of its partial conversion of the Crown Building at the corner of Fifth Avenue and 57th Street, which is well underway with lofted scaffolding and a hoist structure fully operational above street level. As announced earlier this year, the property will debut as Aman New York, featuring residences and a hotel spanning the building’s fourth through 24th floors. 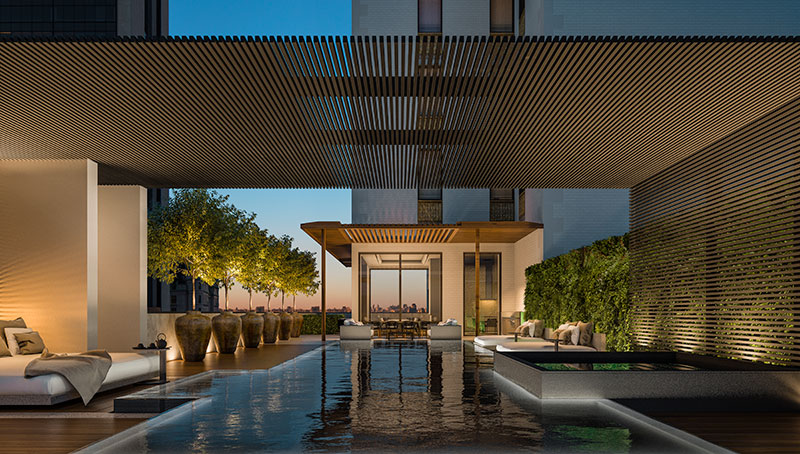 The lower levels of the building, which are occupied by several retail tenants, will remain fully operational throughout the conversion. To minimize impact on the existing tenants, the scaffolding of the building is lofted three stories above ground level. 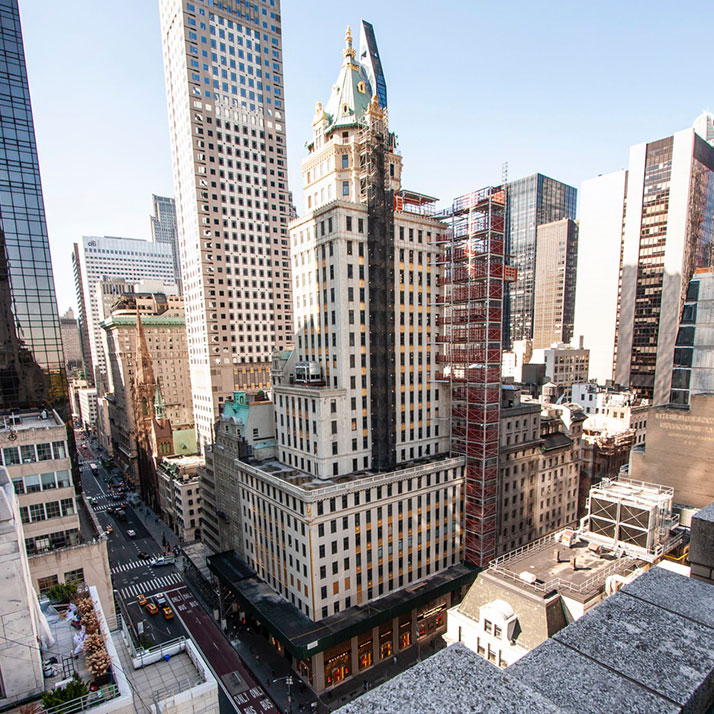 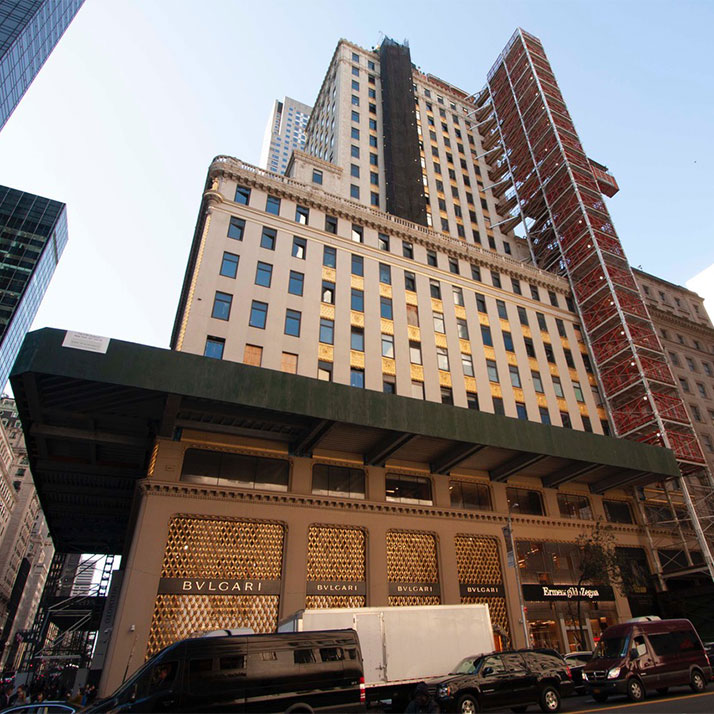 The historic Crown Building was constructed in 1921 by August Heckscher and designed by Warren and Wetmore. As original designs approached completion, the architects were forced to revise their plans following updated building codes that mandated setbacks on tall buildings. The resulting structure is elegantly tiered-back as it rises, culminating in an ornate crown reminiscent of a French chateau. The pinnacle of the structure is adorned with a 12-foot-tall gold-plated weathervane in the form of a perched rooster.

The project is expected to open by the end of 2020.