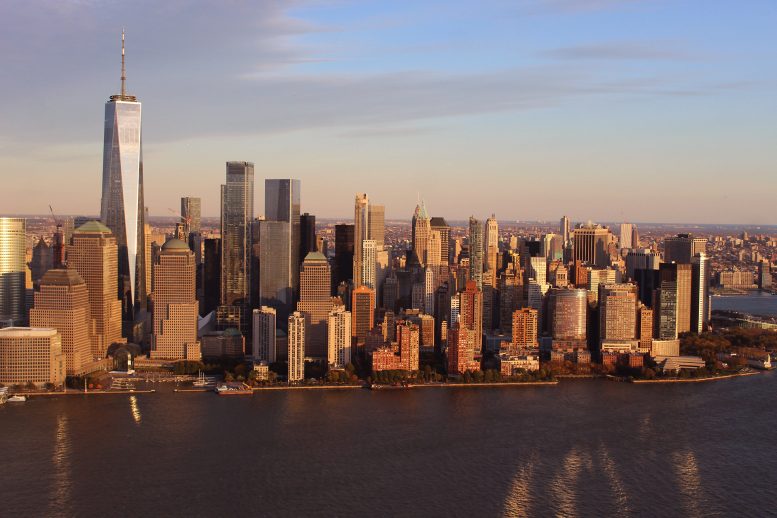 Work on the exterior of 99 Hudson Street is nearing completion. The external mechanical hoist has been dismantled and the remaining Jura limestone and glass panels are filling up the vertical strips in the curtain wall of Jersey City‘s tallest skyscraper. Designed by Perkins Eastman and developed by COA 99 Hudson, LLC, the topped-out 900-foot-tall residential tower soars prominently above the Hudson River waterfront and is clearly visible from Manhattan. Plaza Construction is in charge of building the 79-story project and Vidaris is overseeing the exterior envelope. The perimeter of the podium that contains the parking garage is also being enclosed with decorative metal panels. 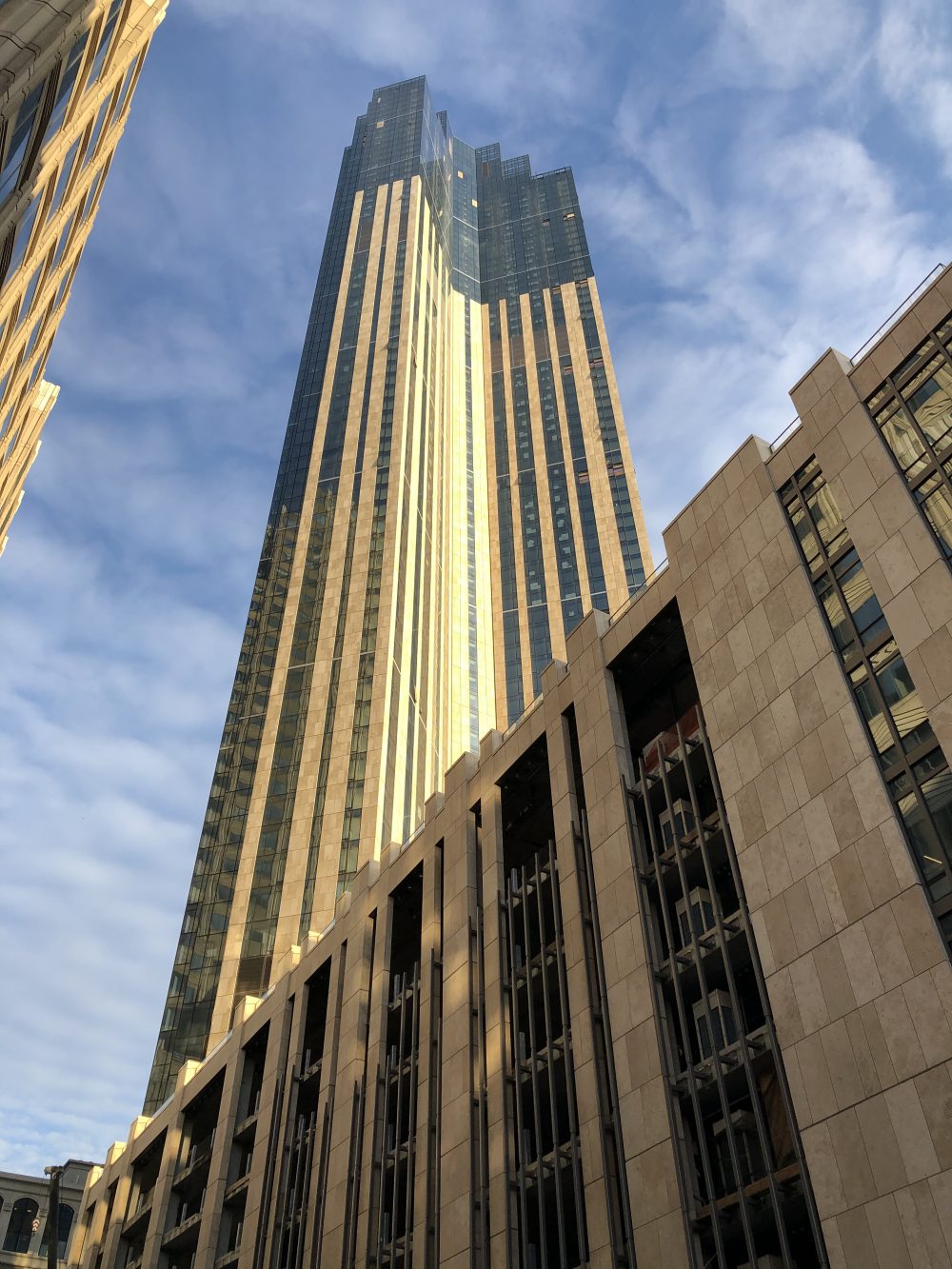 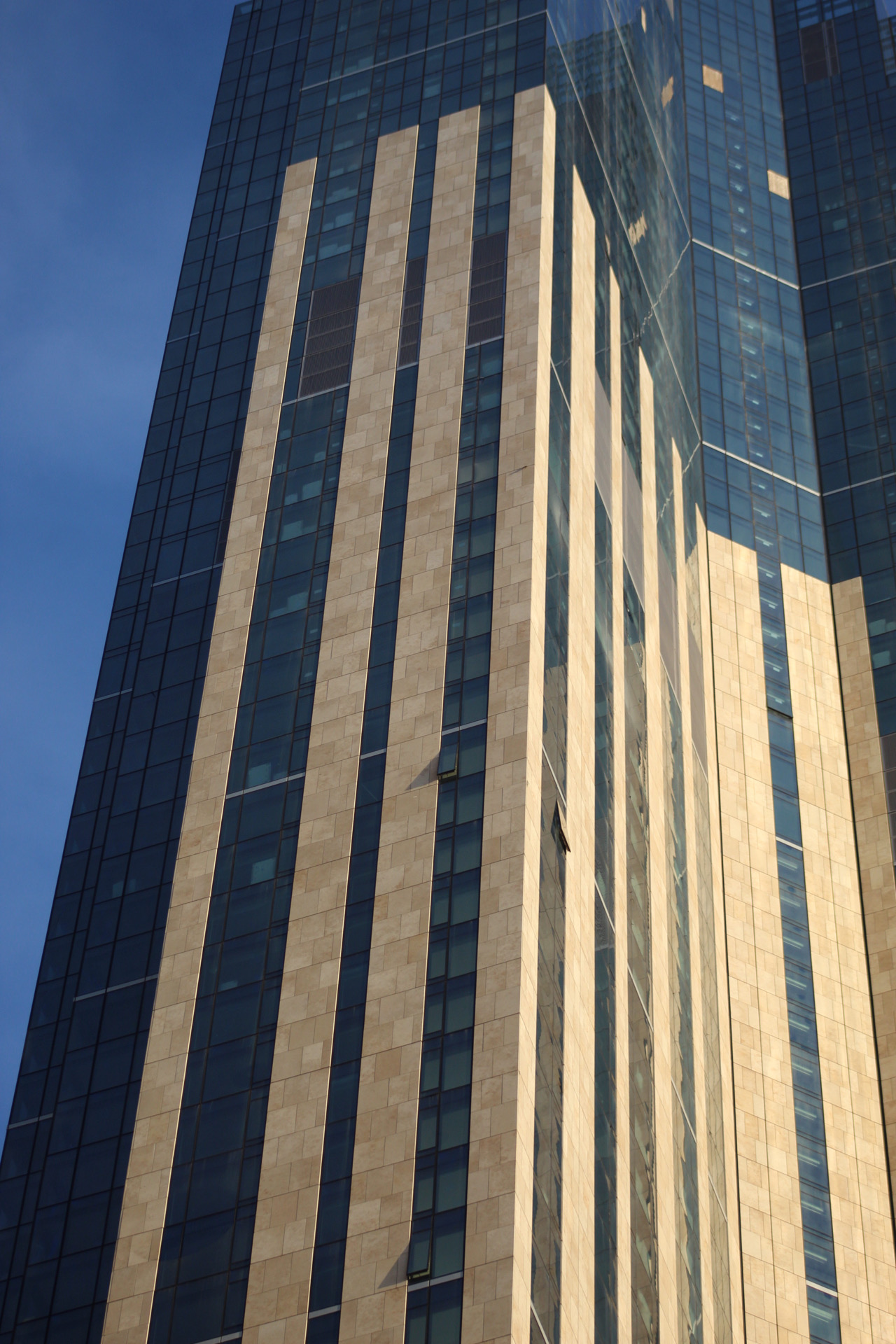 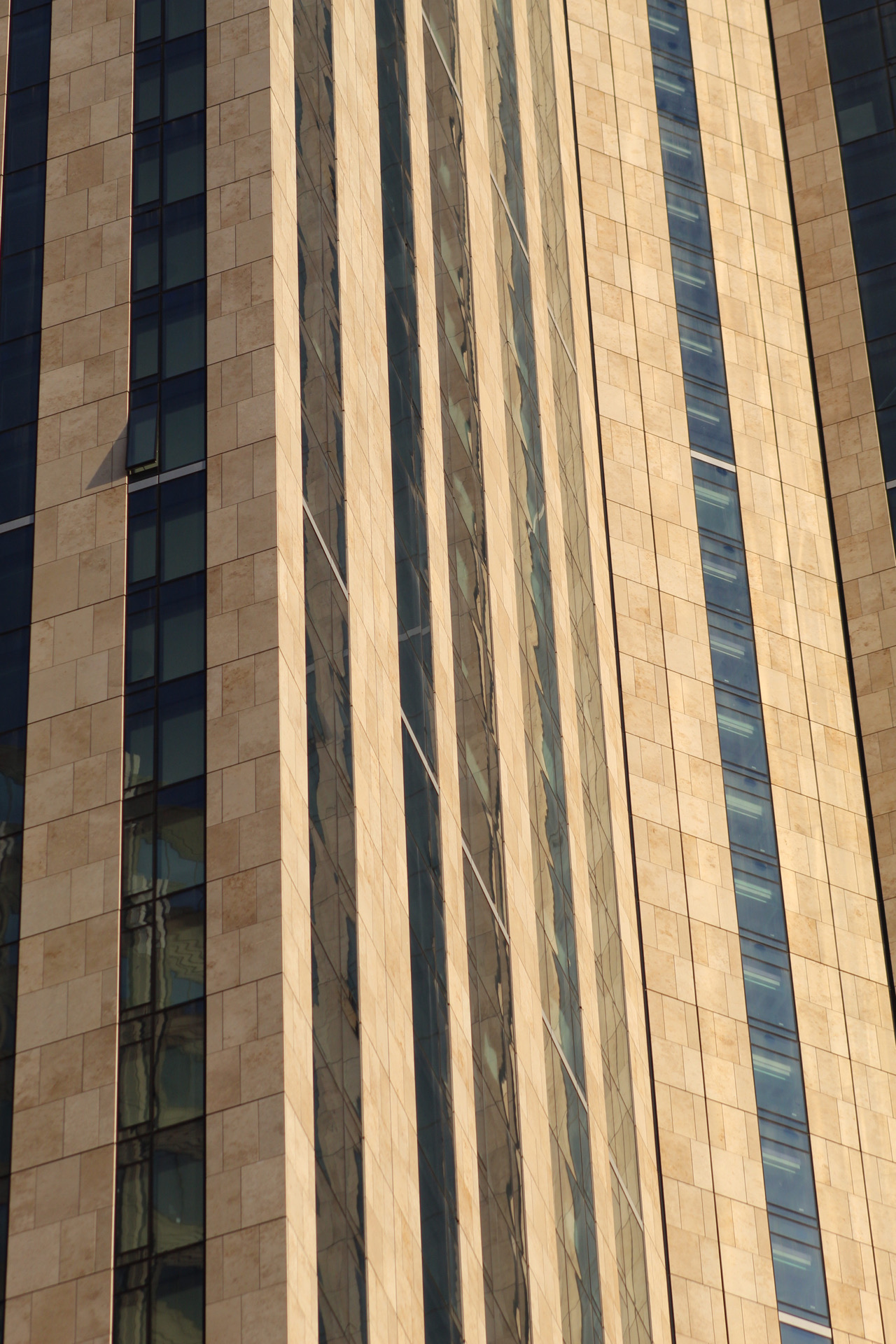 YIMBY went to the top of the skyscraper earlier this year, and returned recently to take in the views during golden hour. The views of Lower Manhattan and the Financial District is unrivaled and unobstructed. Future residents can also see Hudson Yards, Billionaires’ Row, the Empire State Building, the Chrysler Building, the growing NoMad residential towers, the World Trade Center and Brookfield Place directly across the water, Long Island City, the Statue of Liberty and Ellis Island, the Verrazzano-Narrows Bridge, and the rest of New Jersey to the west. There is even a clear view of the partially opened American Dream Mall. 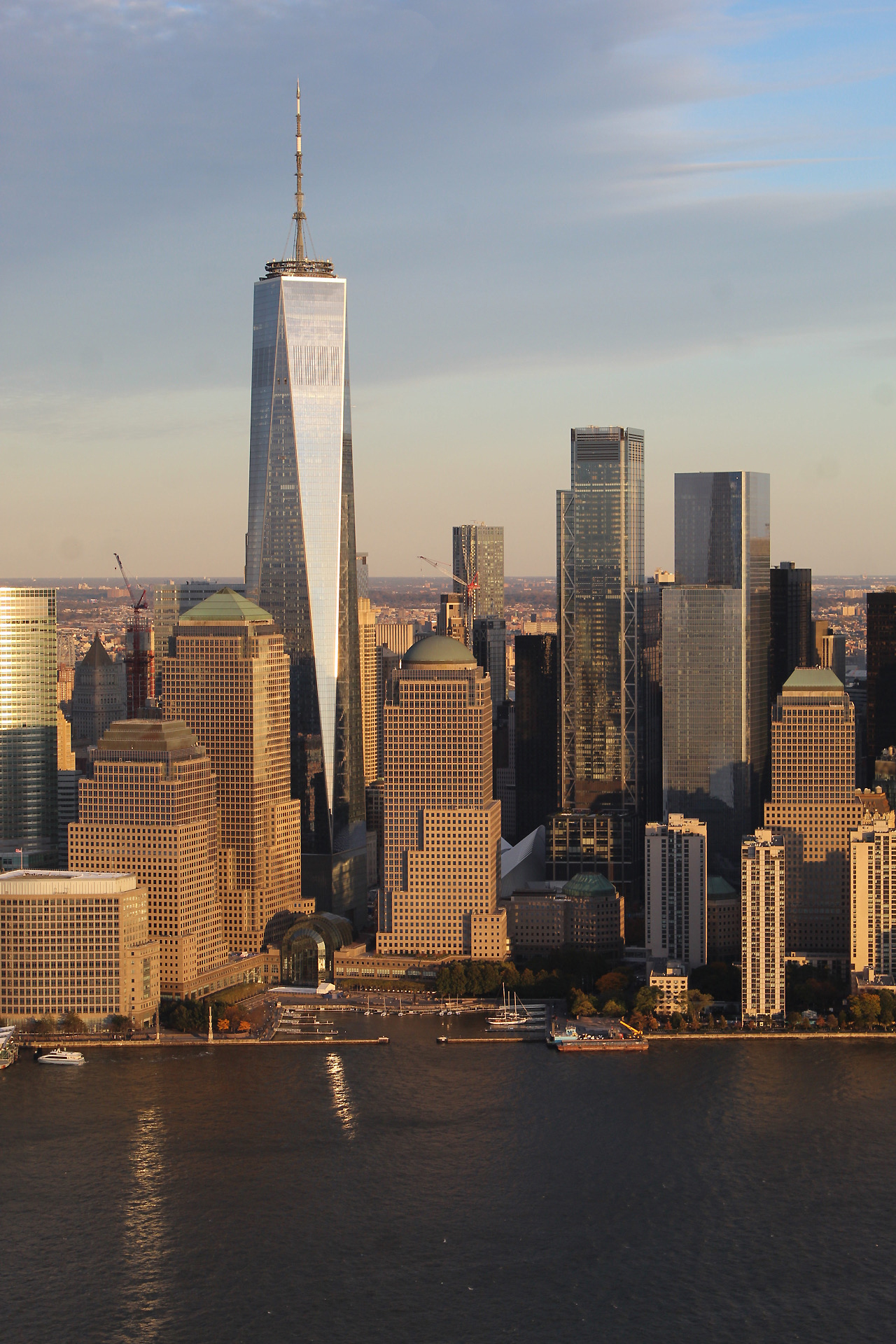 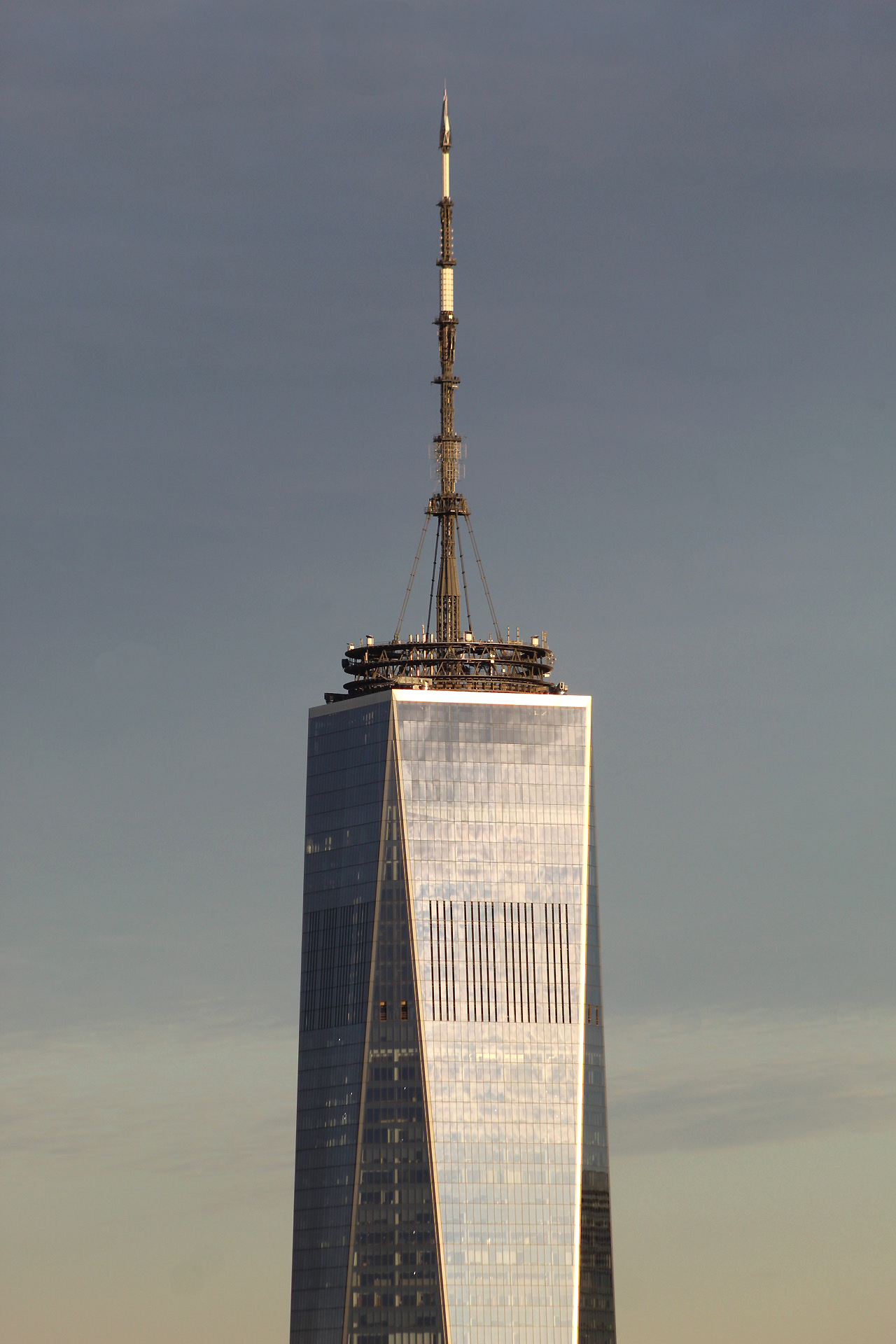 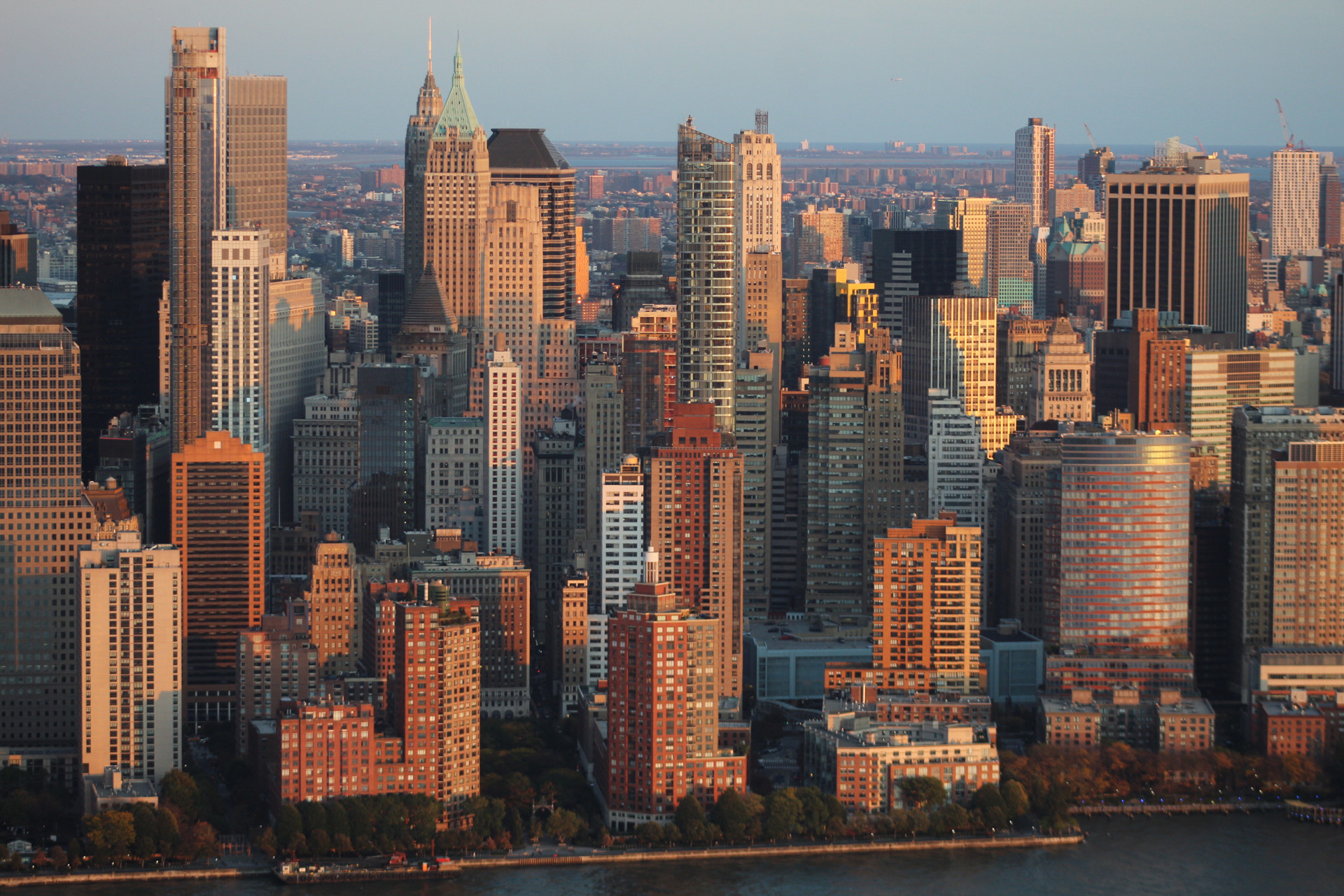 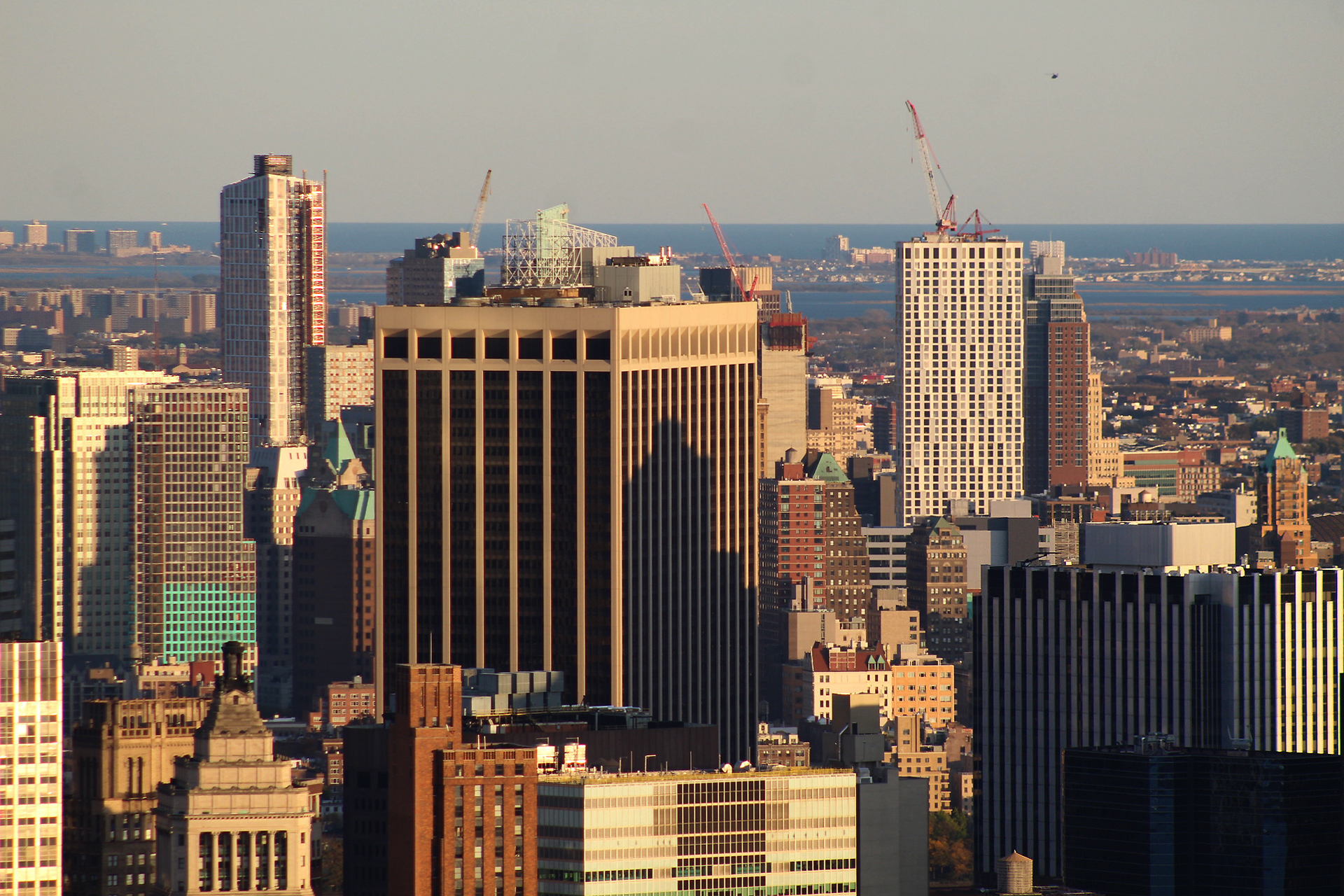 Downtown Brooklyn in the background. Photo by Michael Young 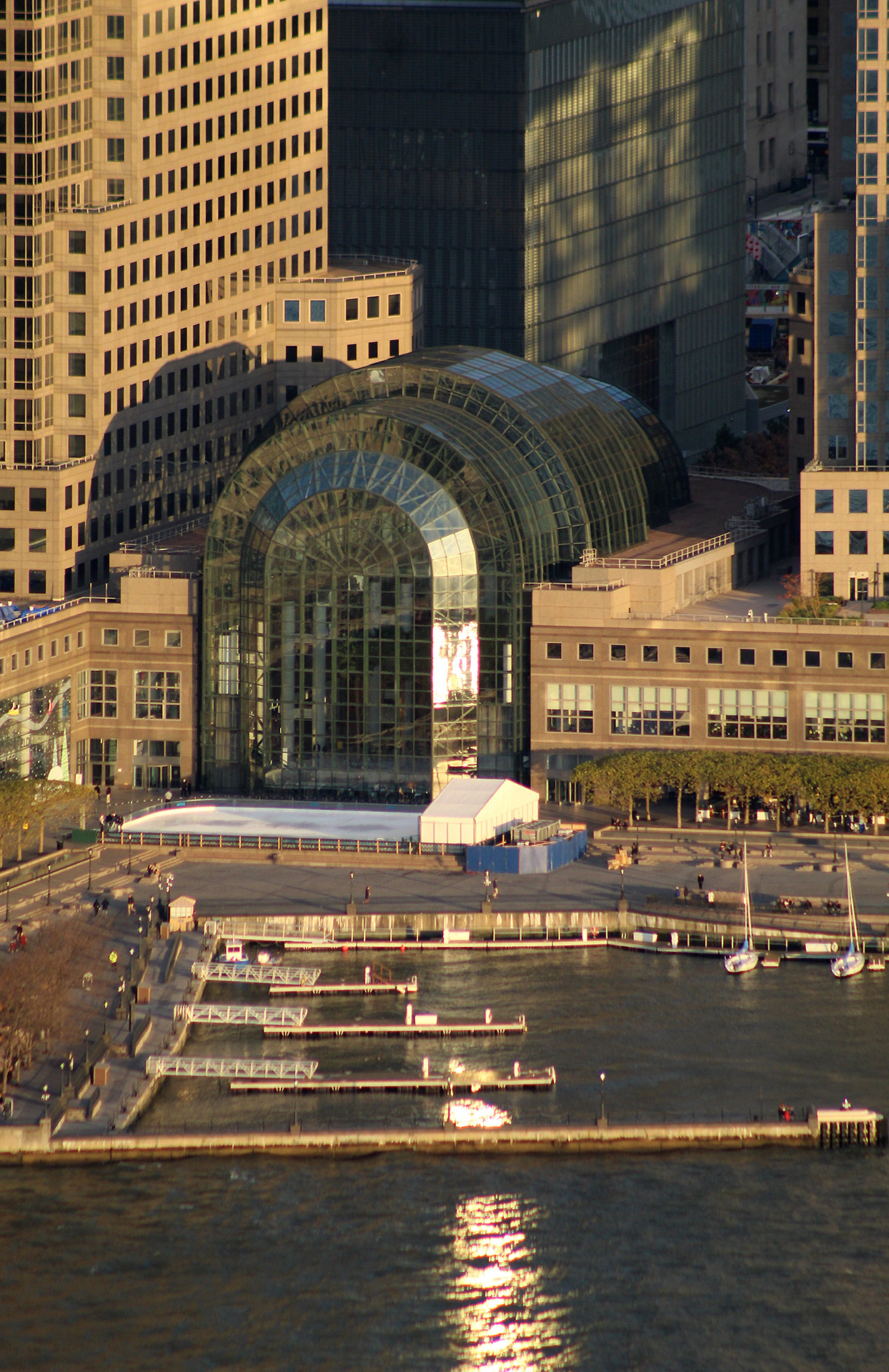 The Winter Garden at Brookfield Place. Photo by Michael Young 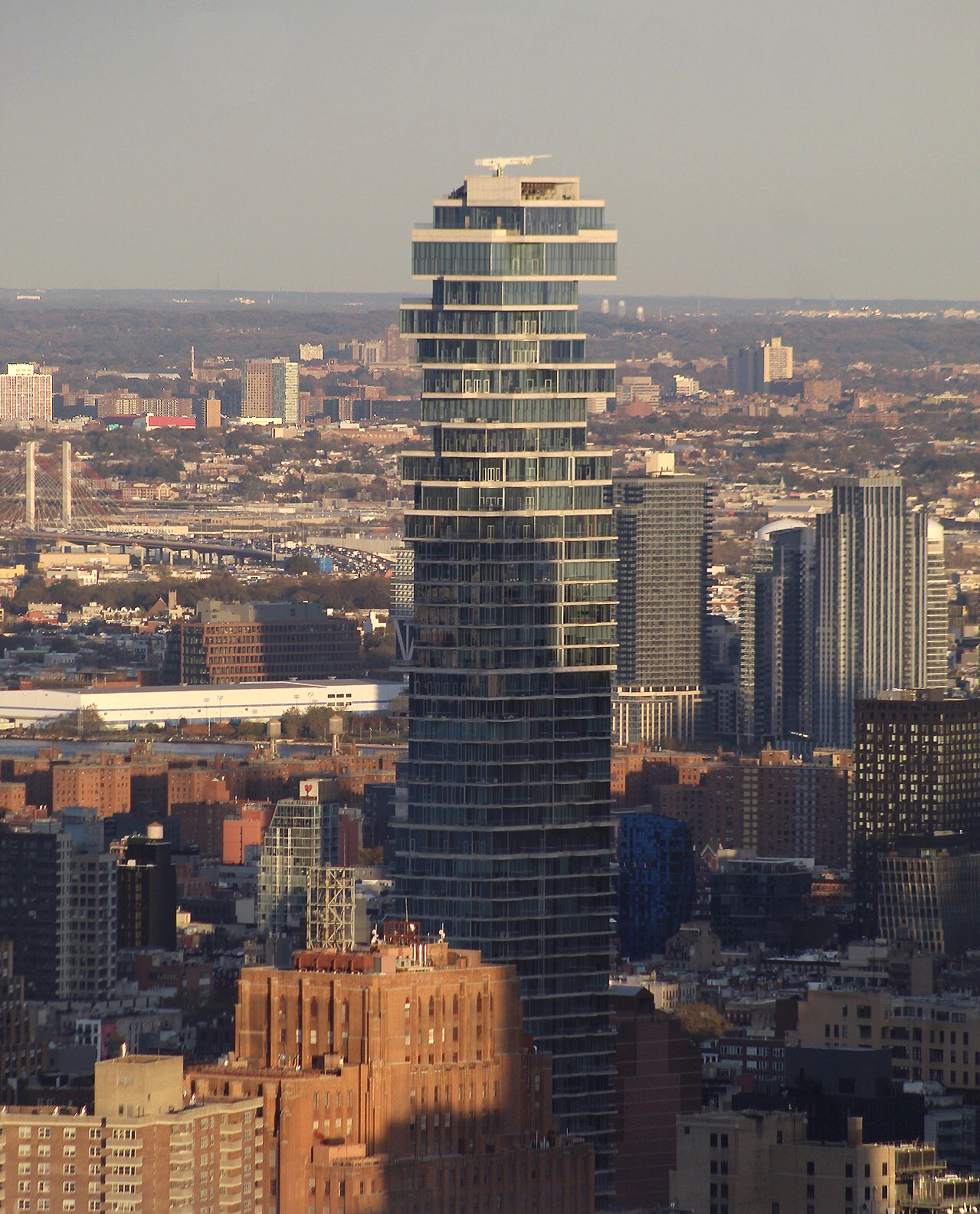 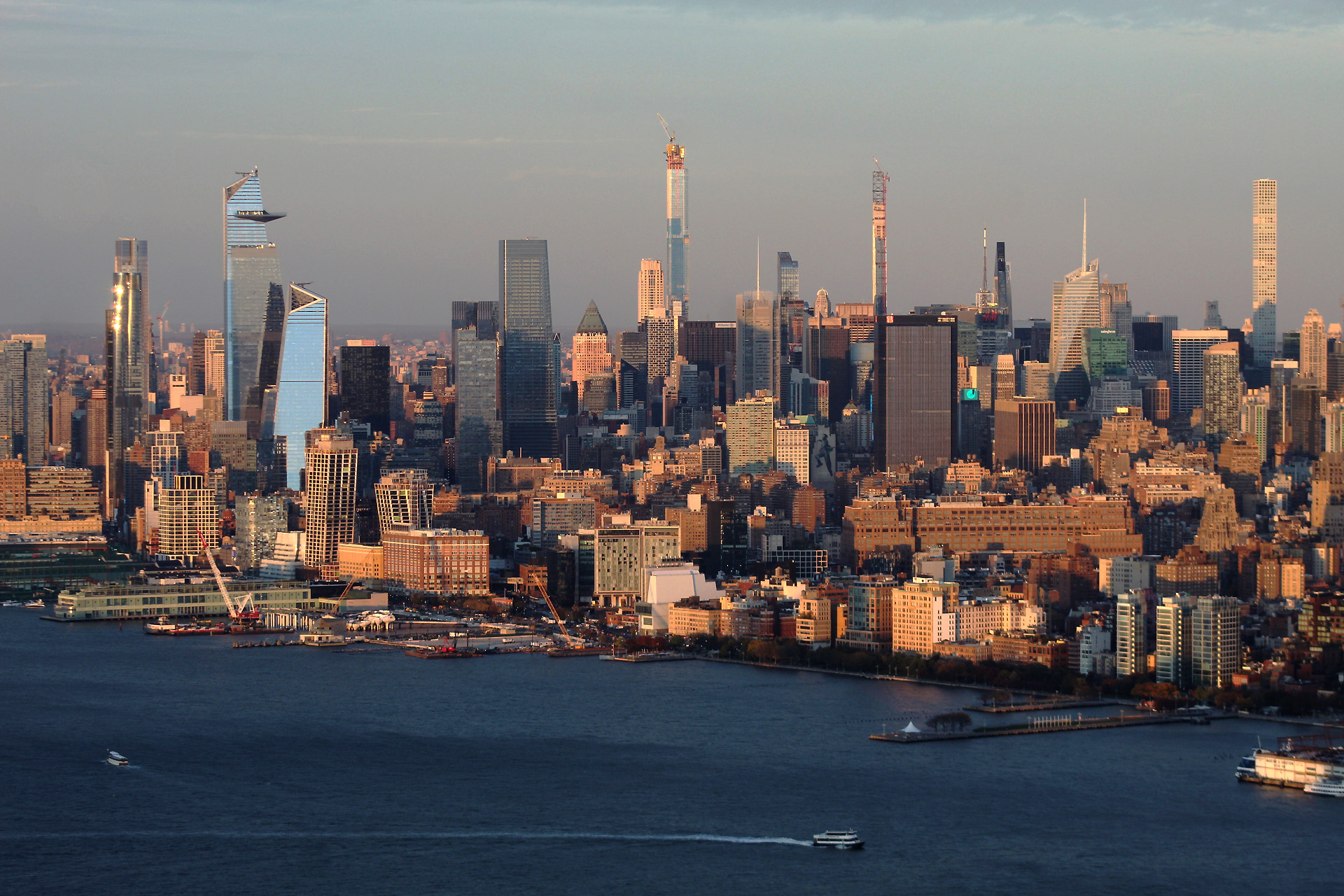 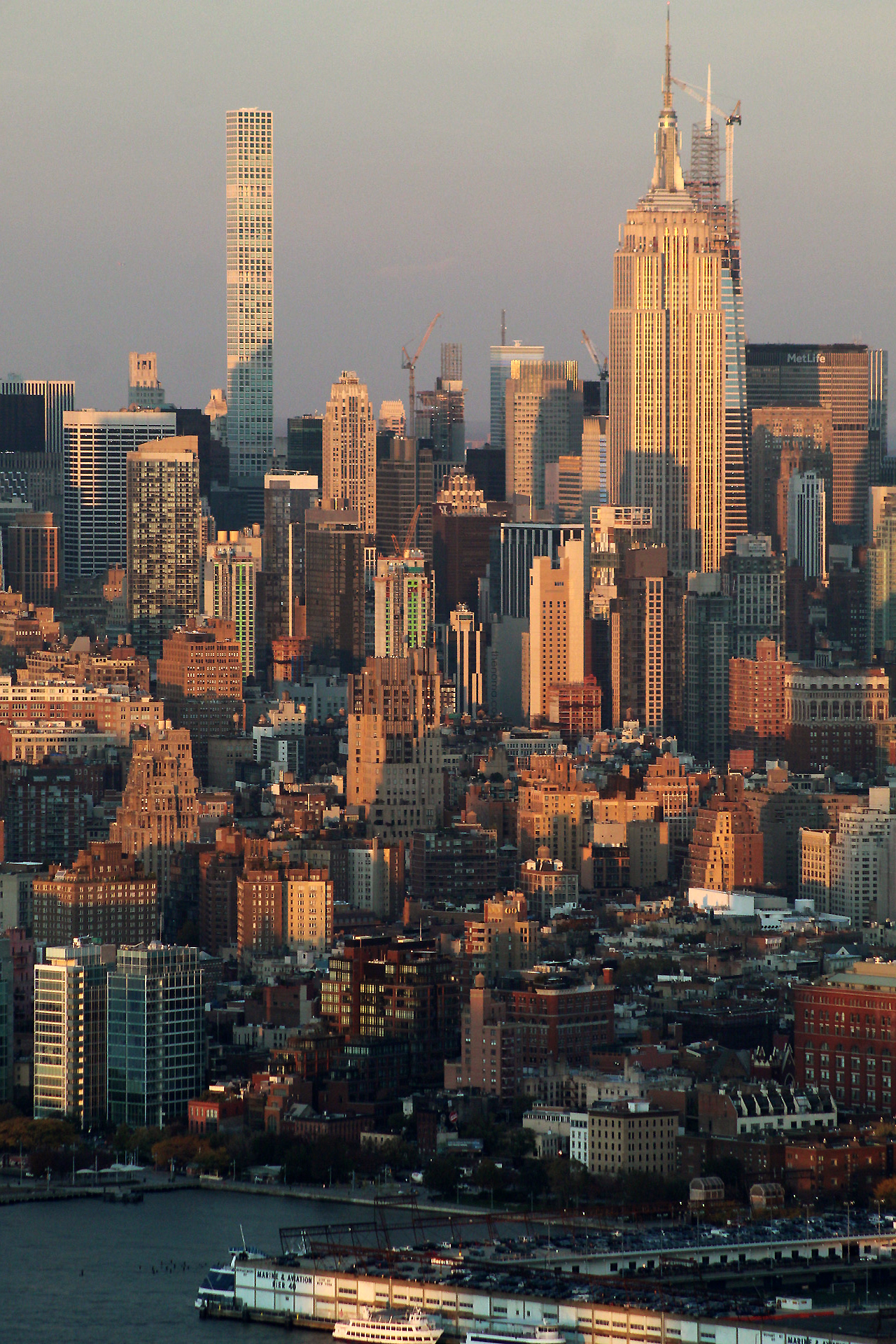 The Empire State Building, 432 Park Avenue, and One Vanderbilt. Photo by Michael Young 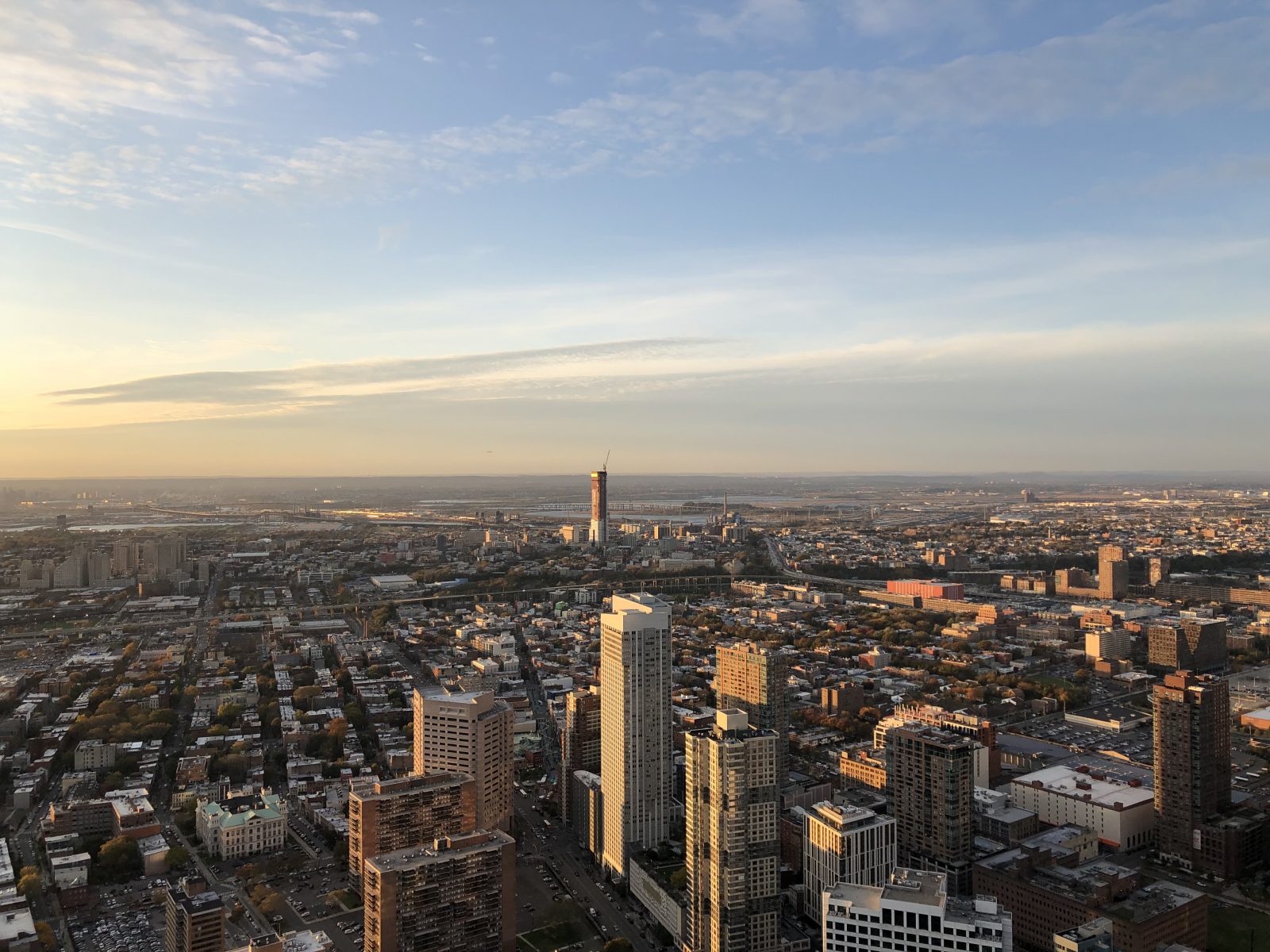 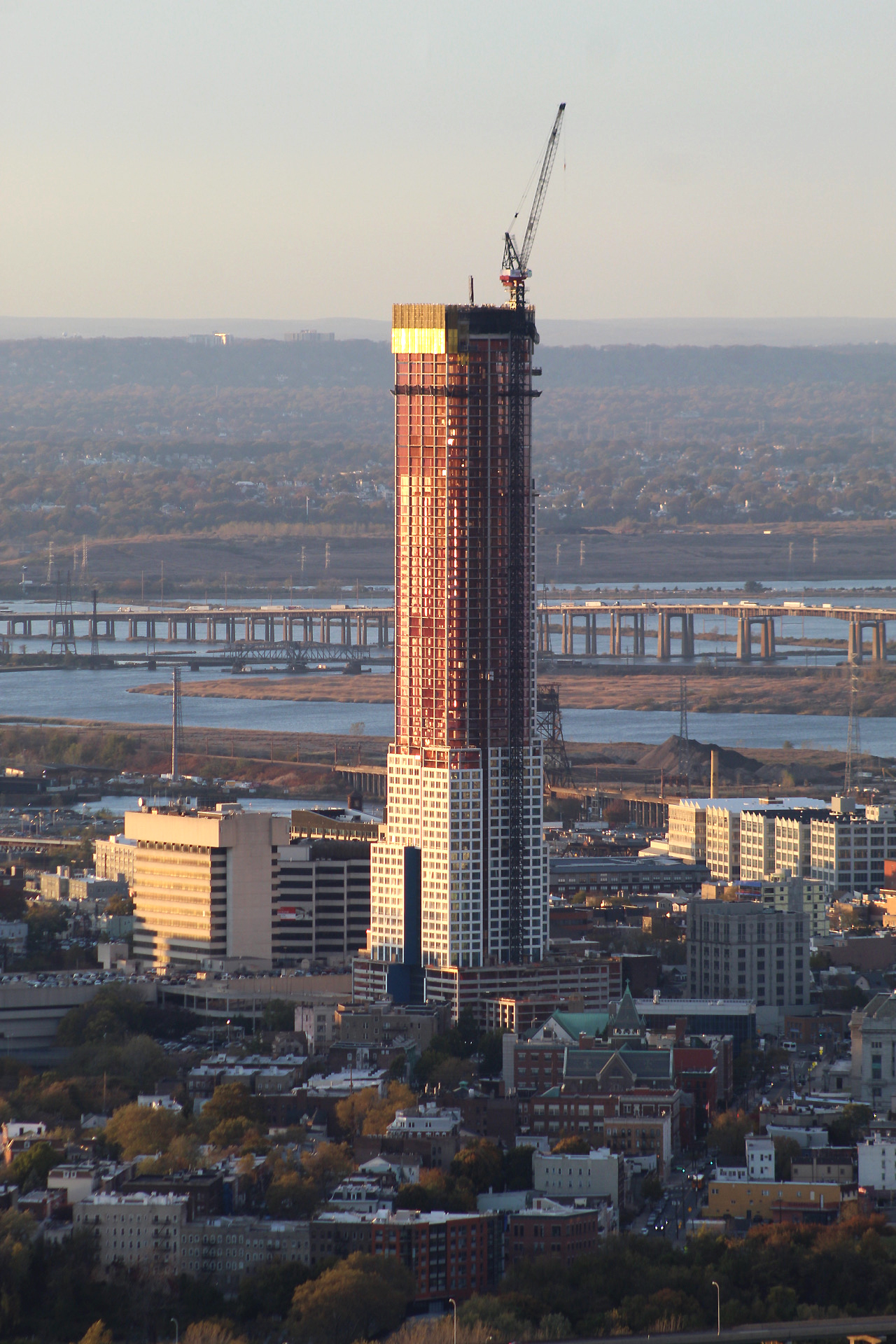 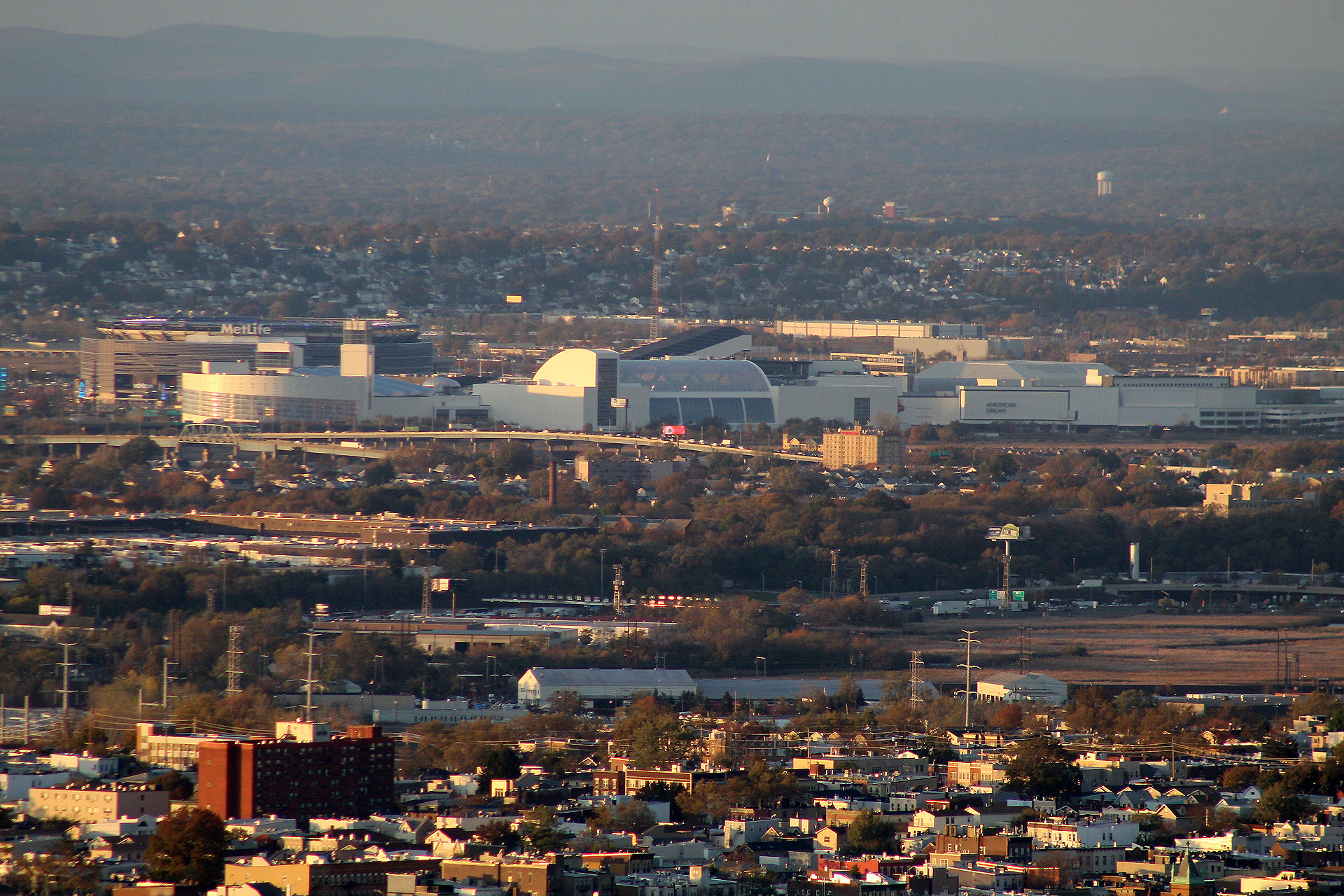 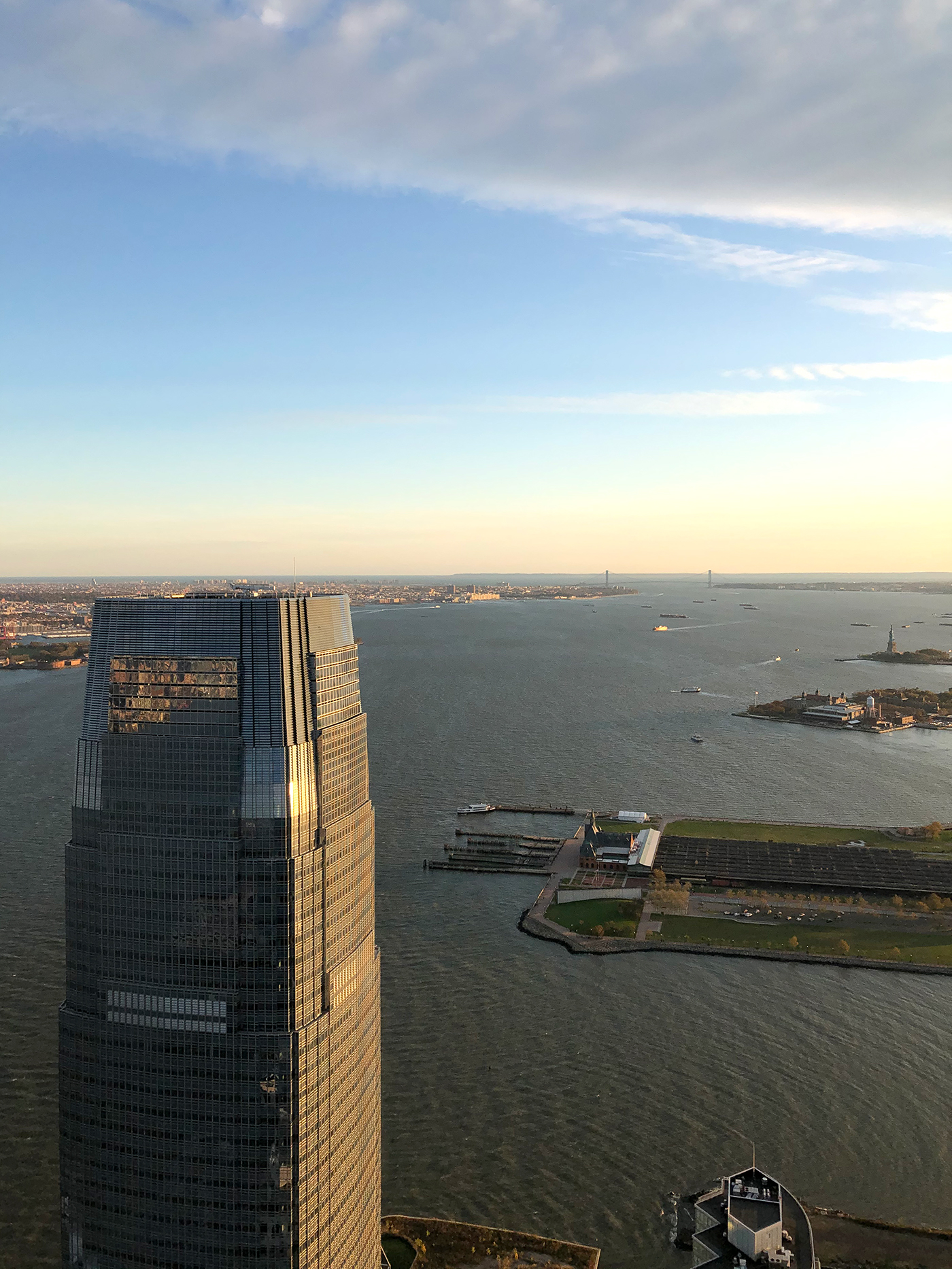 The top of 30 Hudson Street, Jersey City’s former tallest building seen just below the horizon line with the Verrazzano-Narrows Bridge, and the Statue of Liberty. Photo by Michael Young 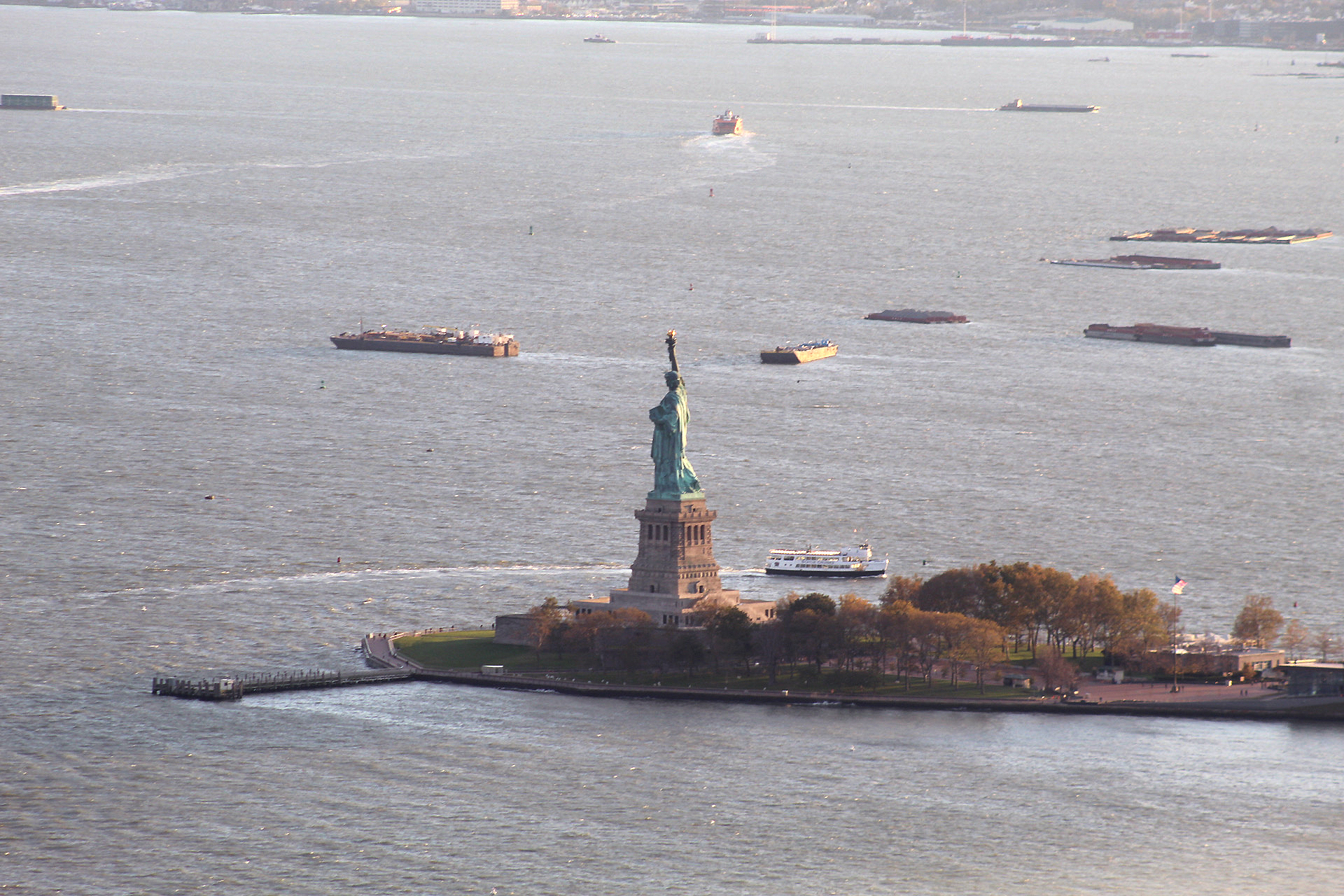 The Statue of Liberty. Photo by Michael Young

Prices for the 781 homes range from $550,000 for studios to more than $4,000,000 for penthouse units offering up to 2,500 square feet of living space. In addition to the expansive top-floor penthouse residences, there are a select  select number homes that offer balconies. 99 Hudson Street has seen a total of 61 units under contract from June 1 to October 17 of this year, according to the building’s exclusive marketing and sales agent The Marketing Directors.

“99 Hudson has successfully tapped into a broad spectrum of buyers, which includes those already living in Jersey City, as well as savvy buyers from Manhattan, Brooklyn, Queens, and Long Island City who are taking advantage of the iconic building’s compelling value when compared with similar offerings across the Hudson River,” said Xiaocheng Zhou, president of COA 99 Hudson, LLC, the building’s developer. “The comparative value is further enhanced when considering all that 99 Hudson has to offer, including an iconic design, extraordinary residences, exclusive amenities, unparalleled views, and a vibrant, downtown waterfront location with convenient ferry, rail, and car access to Manhattan.”

“Jersey City is an established destination, and 99 Hudson’s waterfront neighborhood is booming with art, culture, dining, and nightlife,” said Jacqueline Urgo, president of The Marketing Directors. “99 Hudson is an incredible addition to the Jersey City landscape and stands prominently among the region’s most iconic and prestigious residential addresses.”

99 Hudson Street features 65,000 square feet of indoor and outdoor amenities including 24-hour concierge, a triple-height lobby with Jura limestone, a grand chandelier, and onyx-clad walls, an on-site garage with car charging stations, and a private porte-cochere. The health amenities include a 3,800-square-foot fitness center with rooms for yoga, pilates, and meditation, a residents-only spa with hot tub and wet and dry lounges, steam room, dry sauna, showers, spa terrace, and private massage rooms. The entertainment amenities include card rooms, a pool table, a golf simulator, a screening room with a bar, a children’s playroom, a demonstration kitchen, and co-working spaces. The 99 Hudson Club Room will have a library and lounging, dining, and entertaining spaces. Outside on the eighth floor amenity deck is an 80-by-50-foot swimming pool, cabanas for lounging, an indoor and outdoor lounge, dining area with BBQ grills, playground, a dog run, and landscaped green lawns. 7,500 square feet is going to be dedicated to open space and pedestrian plazas.

Completion of 99 Hudson Street is expected next year.