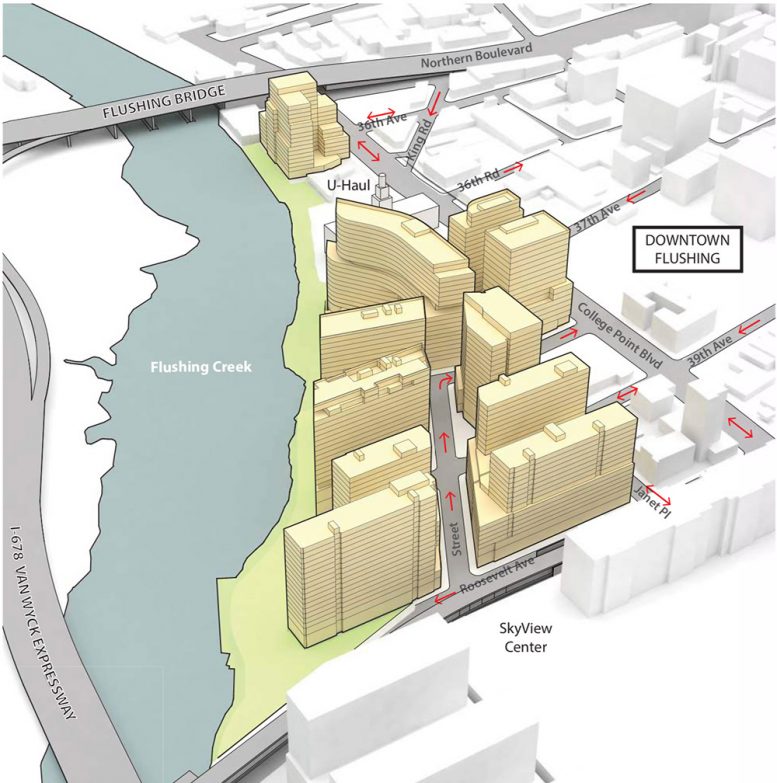 The Flushing Willets Point Corona Local Development Corporation recently submitted proposals to New York City’s Department of City Planning to facilitate the redevelopment of a 29-acre stretch of waterfront industrial property and surrounding lands in Flushing, Queens. The proposals were drafted in collaboration with Langan Engineering and Environmental Services and contain new renderings from Hill West Architects offering a first look at what’s to come.

Known as the Special Flushing Waterfront District, the project area is bound by 40th Road to the south, College Point Boulevard to the east, 36th Avenue to the north, and Flushing Creek to the west. The proposal includes nine buildings spread across four neighboring sites. 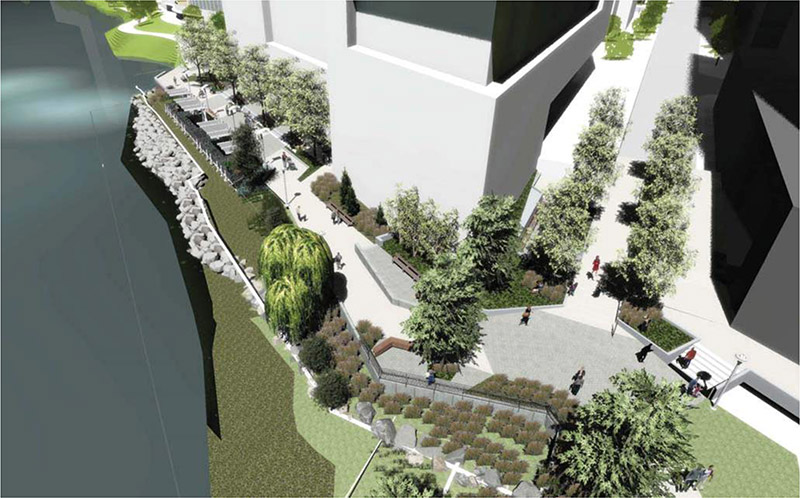 Assuming the city will permit alterations of the existing industrial zoning ordinances to allow for construction of mixed-use buildings in the area, construction is expected to begin in 2020 with all components complete and fully operational by 2025.

In 2010, the Flushing Willets Point Corona Local Development Corporation received a grant under the New York State Brownfield Opportunity Areas Program to develop plans to replace vacant and underutilized properties in the area in an effort to revitalize Flushing’s waterfront area. If approved, the development would serve as an extension of Downtown Flushing. 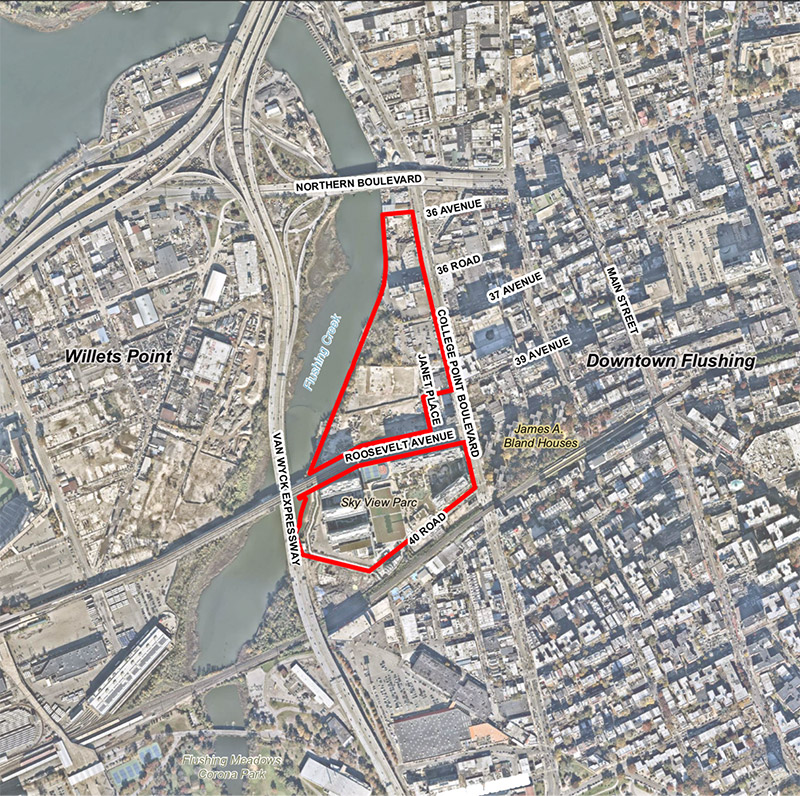